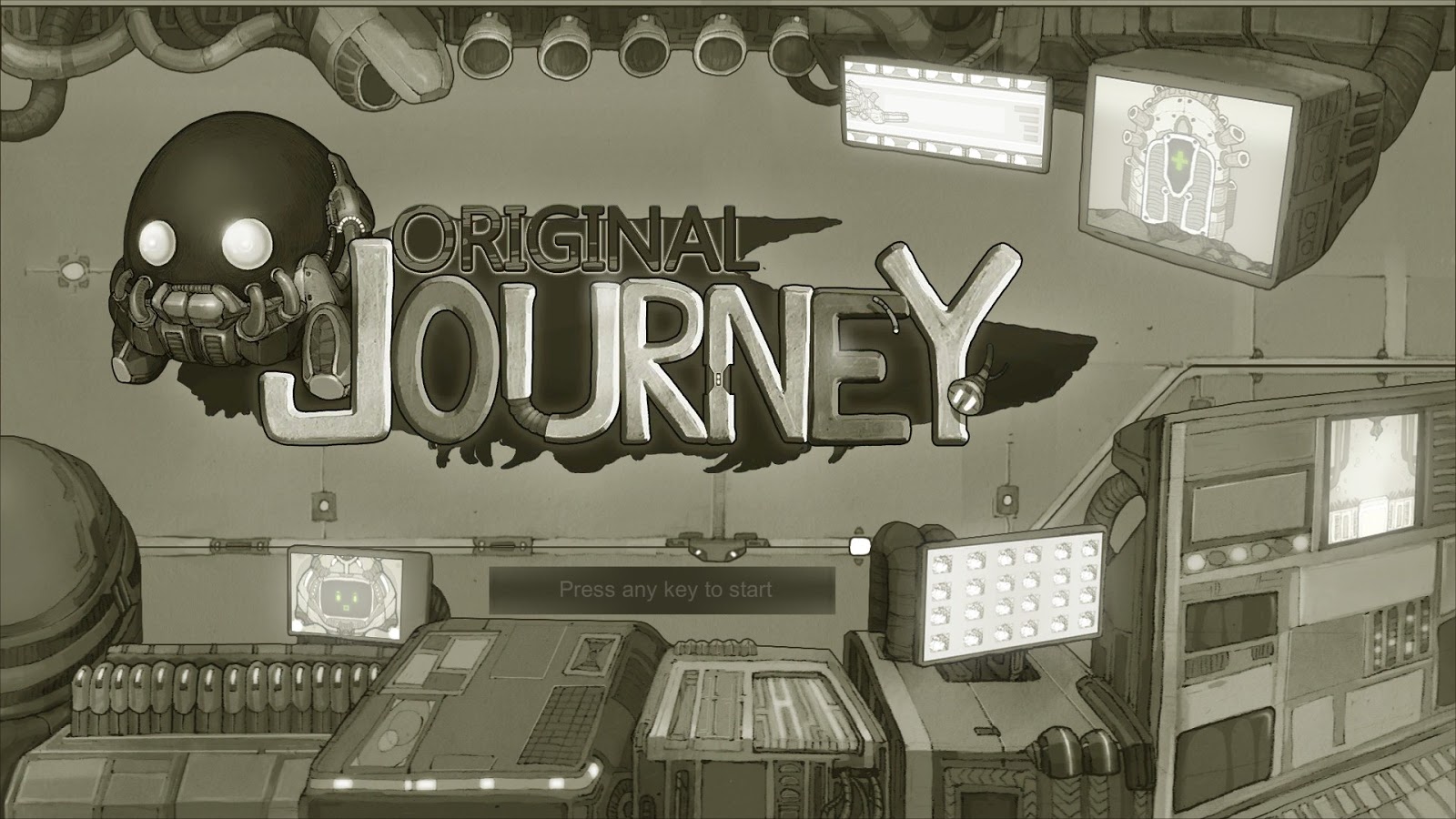 Original Journey is an interesting beast that doesn’t show it claws until you are several hours in and then realize: it’s been several hours. Taking the best parts of a side scrolling shooter and a Roguelike, welcome to the end of an alien race’s time as they perform their last ditch effort in order to not perish and become another of the galaxy’s footnotes.

The ideas that make the wheel turn are simple yet the execution is one that had me going for hours at a time. Put in the role of the Rookie that overslept and on the first day and gained both the attention and the wrath of the commander, you march your butt out the airlock in your power suit in order to scout around, collect materials and ultimately try to find your race’s salvation.

Once out the airlock there’s where it becomes so easy to simply lose yourself in stage after stage. Original Journey throws players through random layouts every time that they move onto a new stage which makes sense as the planet’s landmasses are constantly shifting about and never staying still. Knowing this makes it easy to accept that it’s possible to visit similar landmasses multiple times because hey, they could have finished their lap around the planet as you move onto the next one. 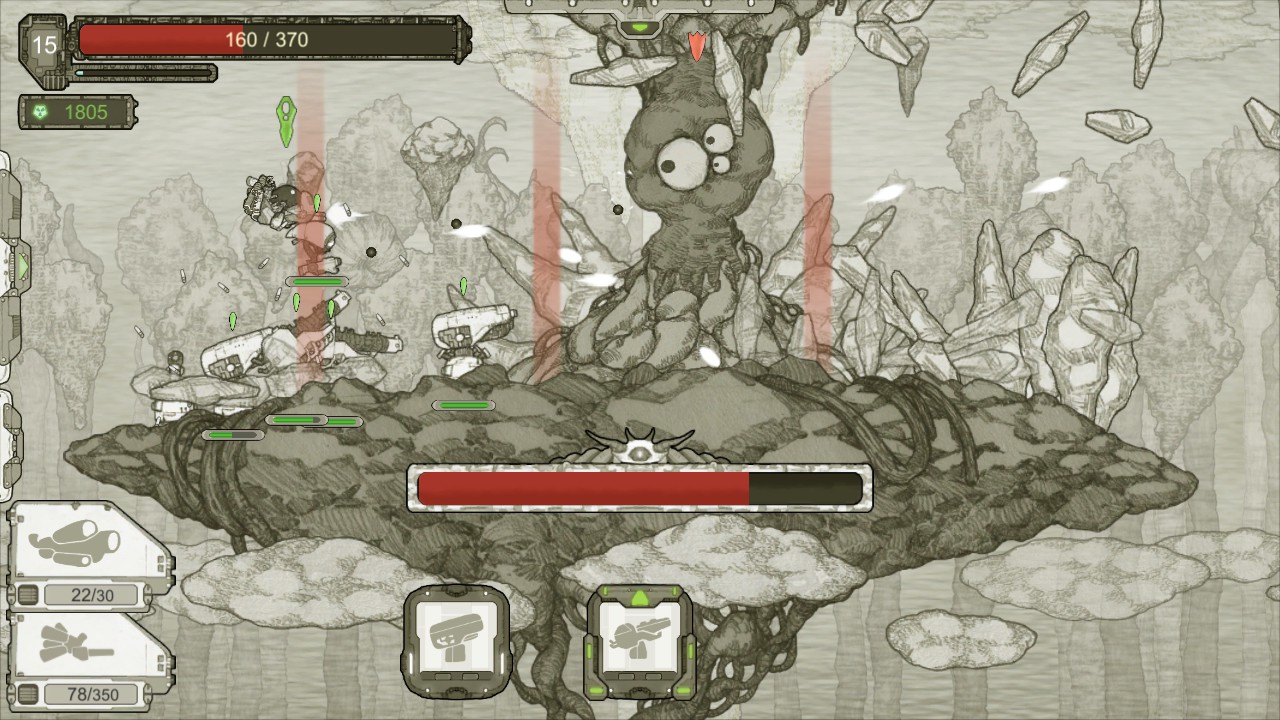 Now just because the land masses are the same doesn’t mean that everything else along for the ride will be. For every stage that you visit the difficulty increases until you either head back to base and keep what you’ve acquired or die and lose everything short of your experience. Like a Souls game however, you have one chance in order to make it back to where you kicked the bucket in order to re-obtain what you’ve lost. It’s not always easy but at least on the bright side it means more experience!

Mechanically Original Journey is simple. You can jump and you can shoot. Once you’ve shot at everything trying to kill you on a stage you can move forward to the next one. Nothing to shoot at? Move on to the next one! Honestly though there are moments when it’s so easy to lose yourself in the stages because sometimes a stage can take nothing more than two seconds and that’s not an exaggeration.

As you progress through the adventure and gain better gear it becomes so easy to clear the first stages because the enemies are at their weakest. Even later on if only one or two enemies spawn then that’s all the time it takes. It’s the addictive aspect of “one more” that will keep you going on for long lengths of time because “one more” may be nothing more than a few seconds so what harm is there in continuing? Depending on the point in time death but hey, that’s expected. 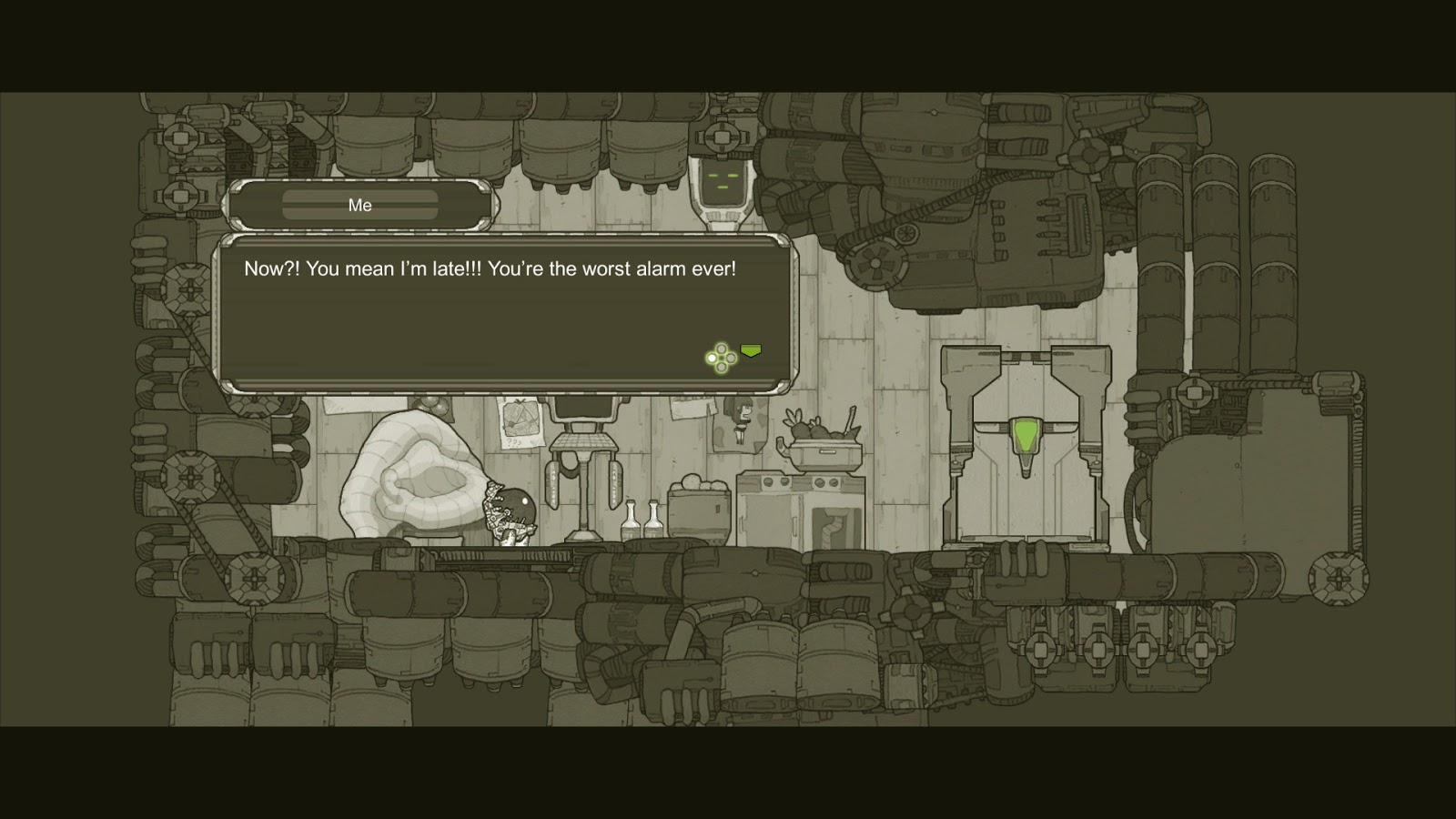 When not in the midst of the “one more” syndrome you can explore the base in order to better prepare yourself for the next time out. Guns, armors and your drone companion can be created, and in certain cases modified, in their respective labs. Creating anything new will require a hefty amount of resources from the field in which sometimes you just simply do not ask how a bunch of eyeballs and spleens lead to these marvels in technology. You simply trust the technician taking care of the job, smile, nod, and walk away slowly before they use you for parts…and then it’s back to the field for more!

Visually Original Journey hits my graphical design sweet spot by using a sepia tone for its hand drawn graphics. It’s gorgeous to look at for long periods at a time through because of some of the elements it can be a bit hard to discern at times what is safe to walk on and what will deplete your health. Other than that fact the visual presentation is only aided by the awesome soundtrack that follows along for the ride which makes the “one more” that much easier.

Original Journey is a blast to play for hours on end. Quick paced gameplay mixed in with a great audio visual design makes for an easy time to simply keep going for just “one more”.