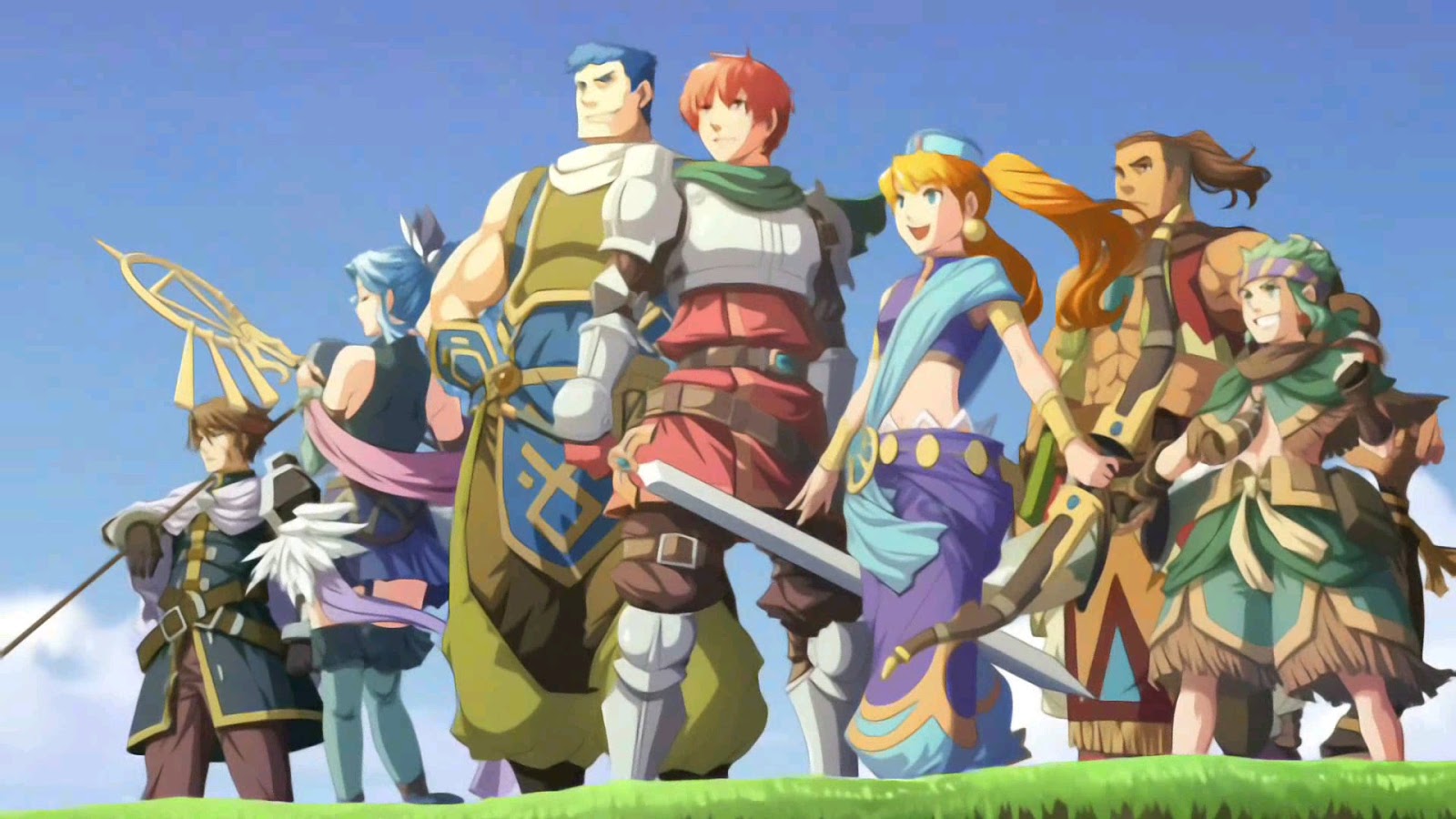 Back for another installment in the Ys series, we now get Ys Seven for the PC. Join Adol and Dogi once again as they venture into dark dungeons, battle fearsome foes, and lose a statue (maybe) while you roam some old ruins. While the PC version has a few setbacks, Ys Seven is still a vibrant world full of monsters, exciting characters and colorful landscape.
Ys Seven once again follows the adventures of “Adol the Red”, an adventurer who lands on the continent of Altago, rife with large creatures called Titanos that are wreaking havoc on the indigenous peoples, mysterious calamities affecting the various tribes throughout Altago, and a disease called Iskan fever with no known cure. Adol and Dogi, despite just looking for some simple adventure, get wrapped up in the problems of Altago and its peoples.
As Adol and Dogi venture across the land, they’ll come contact with various people who will join their cause, as well as many a monster that must be dealt with. Exploration and combat is done in a 3D movement style, consisting of mostly hack and slash style gameplay with a bunch of available skills, and the ability to switch between up to two other party members in combat. 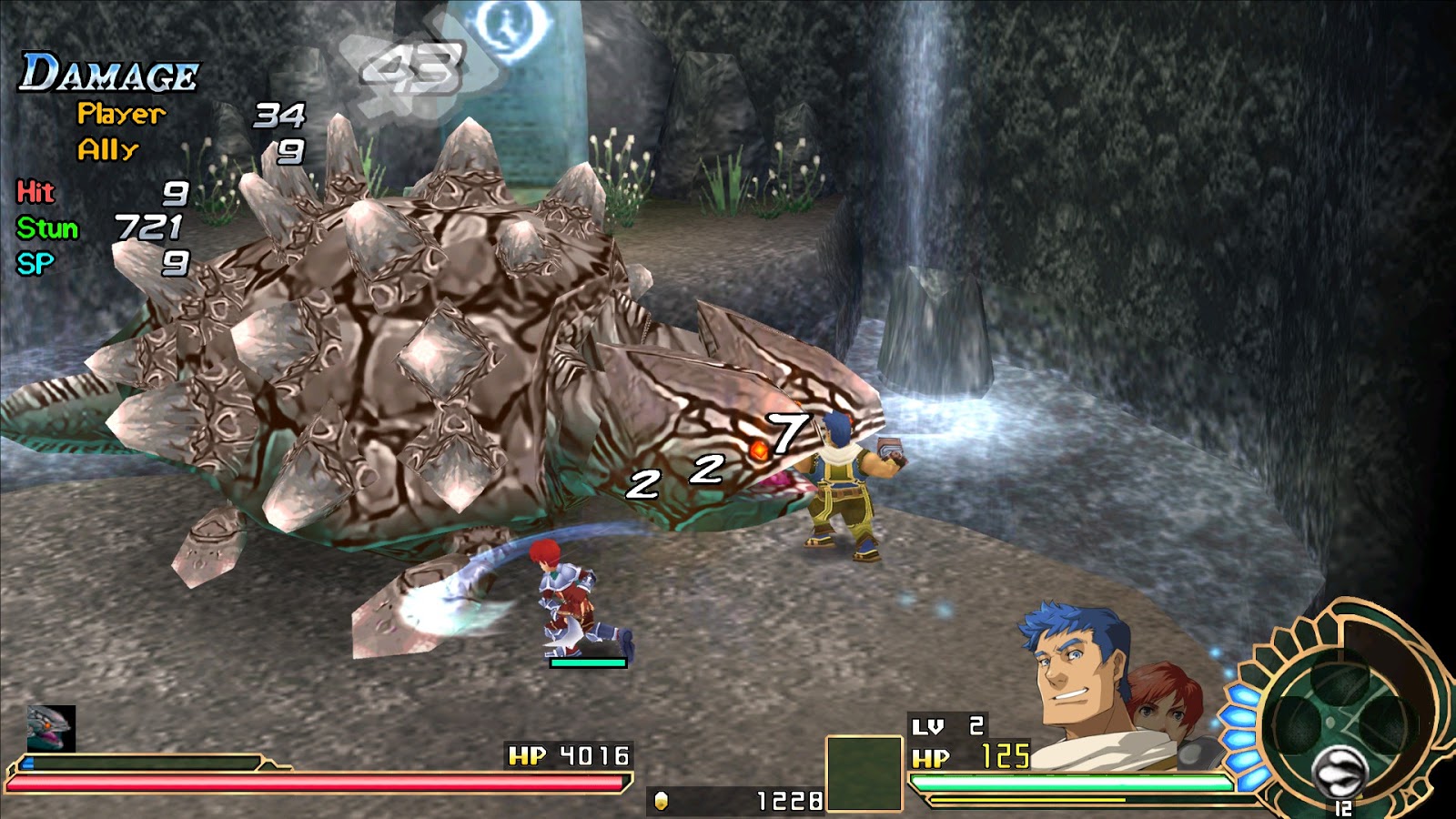 Each character has their own weapon and attack type and style, for instance Adol uses a sword, Dogi uses his fists, and Aisha uses a bow. These three attacks are: slash, blunt, and pierce respectively. Different monsters will have different resistances or weaknesses to different attack types. Additionally, the weapons affect how the character attacks. For instance, Dogi has a slow, hard hitting combo, whereas Aisha can rapid fire and move while shooting arrows, but the damage they output is less. Throw in skills that you can learn by equipping different weapons, and you have a plethora of attack methods available to you.
Combat in Ys Seven is rather fluid, if not difficult at times, as you chain combos and skills, charge power attacks to regain the SP you need to use skills, and swap between your other party members on the fly, especially since the other party members are also in combat with you, they are just controlled by the AI while you aren’t using them, and I have to say that the AI does a stellar job most of the time.
The AI is exempt from a lot more damage than you would expect, they know when to combat roll away from an attack, and they actually can’t die when you aren’t controlling them, at least that I’ve seen, although they do get reduced to 1 HP. When you use a skill, most of the time your allies will as well, at no extra SP cost, and it counts as exp for the skill mastery progression, which is incredibly useful when you’re trying to learn a bunch of new skills with multiple characters, as you need to get the skill to level 1 before it becomes permanently attached to your skill repertoire, otherwise it’ll disappear when you un-equip the weapon. 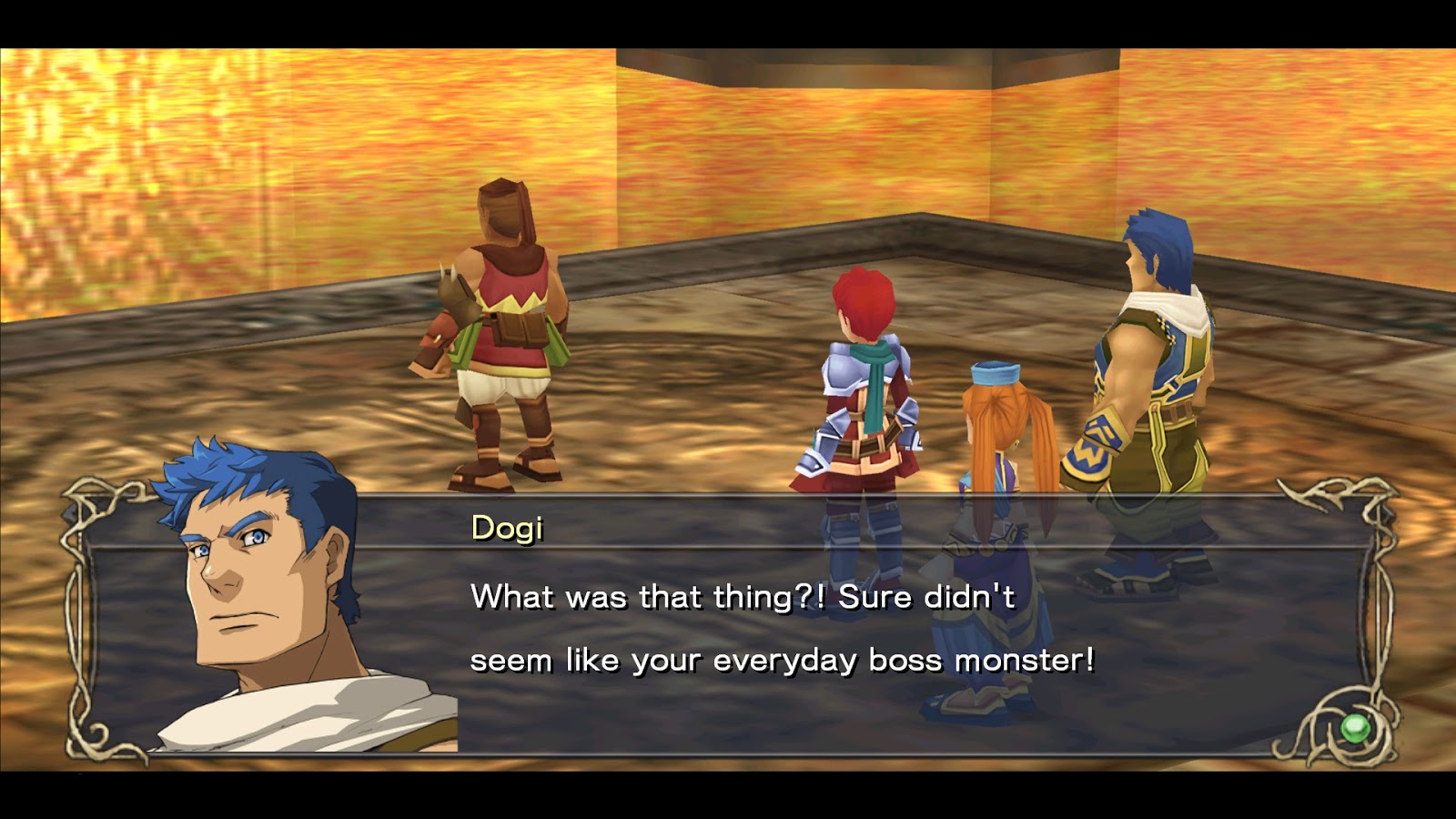 The skill system had me constantly trying to either buy or synthesize new weapons, gathering resources from the field or from monsters, in order to create the next weapon. Most of the time this resulted in me simply buying a weapon instead of creating it, but since the same skills can be attached to multiple weapons, you won’t necessarily lose out. In addition, all those materials you gathered can be used to fulfill sidequest requirements, as there seem to be quite a number of them that require at least ten of some random item.
You get a decent amount of cash and materials if you fight all the things in your way, which is all but required in some instances, as the boss fights can be really tough. Nothing impossible is asked of you, but I can say with absolute certainty that the “ferocious bird Kava Kelos” can go suck a moldy twinky. That being said, the boss fights were really fun, and the combat was always fast paced and kept me on my toes.
If there were any complaints about the game itself that I had to voice, it would mostly be about the size of the world. It seems much larger than it actually is, and it starts getting annoying travelling through the low level areas to get back somewhere, although they give you a fast travel option exactly when it starts getting to be an issue. On that note, the pacing of the game was pretty good, although it takes awhile to get into the more exciting parts of the storyline, and you will constantly have characters popping in and out of your party for the first while. 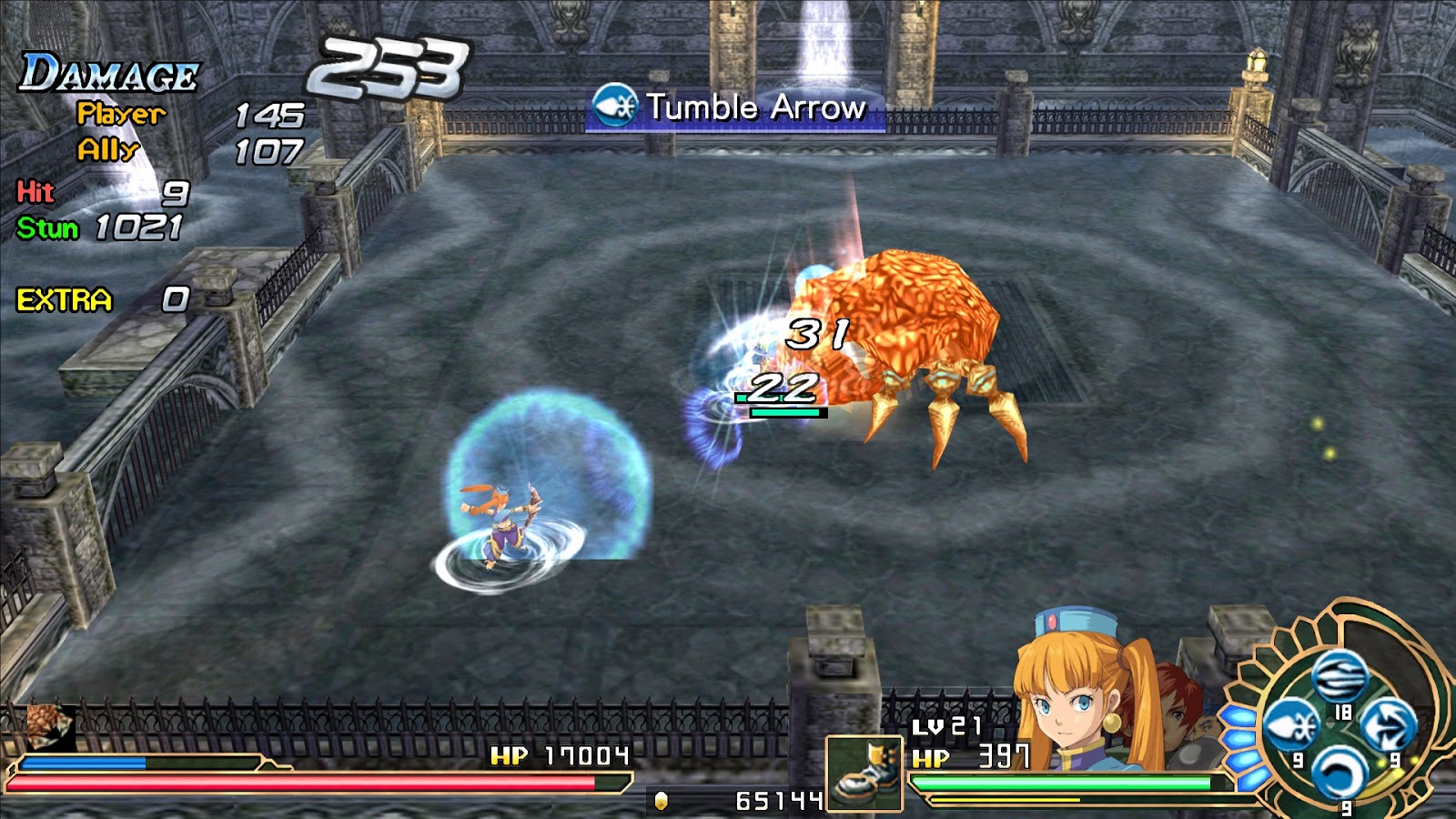 I did appreciate a lot of the small aspects that really showcased some of the thought that went into the game. For instance, changing equipment changes the on-screen appearance of the weapon, or the fact that all the characters will receive exp even if they aren’t in direct combat. There were other issues though, such as the indicated buttons to perform actions being wrong, but I’ve been told that was in the PSP version as well, although I haven’t confirmed that personally. The biggest issue I had as a PC port however is the fullscreen mode. Basically, it doesn’t work so well, and apart from a bunch of small issues it produces, it shifts the height of all the text in game. Yes all, and no, the shop menu isn’t particularly manageable like that. It’s only for the fullscreen mode however, so the windowed mode works fine. The mouse cursor is also always visible, which is a bit of a nuisance at times.
Overall, despite still having graphics that clearly look like they came out of a PSP, which they basically did, and a few of the port issues, Ys Seven sports some great gameplay, a handful of side quests and extra bosses, a colorful and vivid environment and story, as well as a stellar soundtrack. The fact that you don’t need any knowledge of the other games to play it is also a really big plus. Despite a few of the shortcomings, the pluses more than make up for it. Hopefully they manage to get the fullscreen issue fixed (Editor’s note: Fixed with patch prior to release), and I’d definitely like to see more games like this in the future.