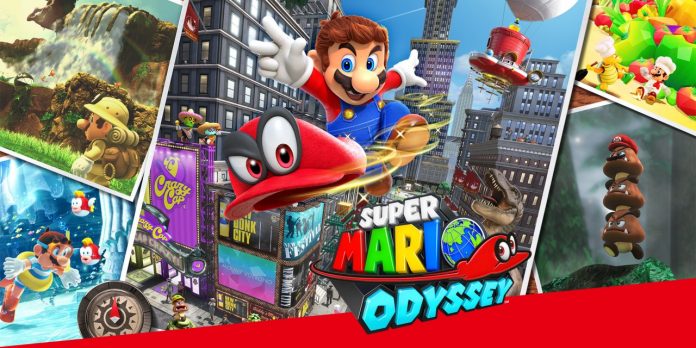 I mean, it’s a Mario game – right? Nintendo was not going to screw this up, even if some of their entries have been better received than others, the pudgy ex-plumber has been treated with Nintendo with a great deal of care over the years and the whimsical adventures he has gone on resonate with gamers far more often than not. Even with these ridiculous expectations in mind, it is safe to say that Super Mario Odyssey is quite the accomplishment, putting a fantastic exclamation point on what has been a really strong 2017 for both Nintendo and the Switch.

What really struck me as I played Super Mario Odyssey was how the developers at Nintendo figure out a way to tickle my nostalgia bone (pretty sure that is a thing medically) while still finding ways to feel fresh and new. I still recall when Super Mario 64 came out years ago, with its unique approach to viewing and interacting with vast, cartoonishly illustrated worlds and a real sense of exploration and discovery along the way. There have been other 3D Mario games since then, with some people calling out some of the similarities between Super Mario Odyssey and Sunshine, but this latest outing easily surpasses those other attempts.

It was fascinating watching my son play the game as well. He wasn’t born when Mario 64 came out, but he has played it since. By then however, the game was old – and while it was still fun, it was not the same kind of revolutionary experience for him that it was for me at the time. Super Mario Odyssey managed to spark my eighteen year old’s imagination in a way I have yet to see a Mario game do so as he spent the first night playing, and playing and playing some more until he realized that it was 3 in the morning and that he was going to have to be getting up for work soon. He reluctantly put down the system and went to bed – giving me a chance to pick it up and play (we’re all night owls in my household, in case you hadn’t guessed). He had to work that morning – I didn’t. So the next day I was playing while he went to work, but as soon as he got home, my son was asking for the Switch, having seen that I advanced further than he had the night before. This set the groundwork for the next week as the two of us played hot potato with the Switch until we both had beaten the game. 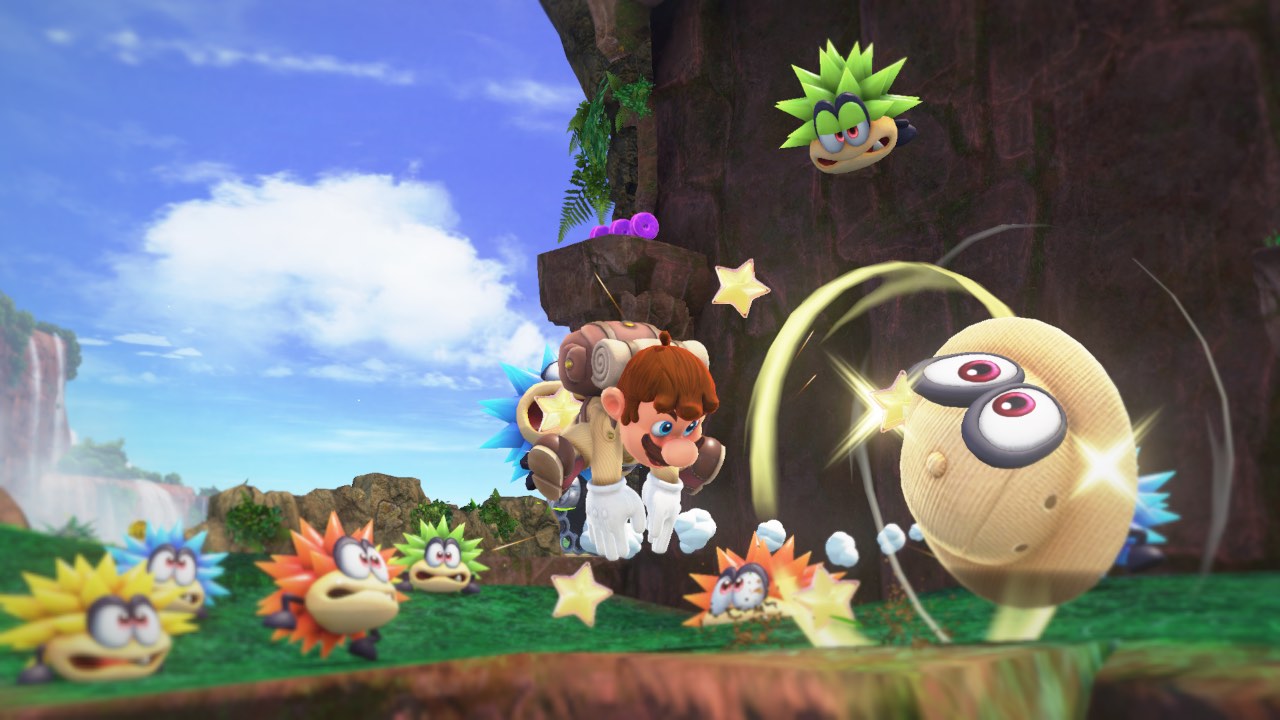 What is it about Super Mario Odyssey that works so well? The game’s introduction is just as charming as one would expect, with Bowser battling with Mario (over Princess Peach, but of course), and actually gaining the upper hand as Mario is knocked off of an airship and crunches his hat. That is when he is introduced to the benevolent Cappy who explains that he too has a score to settle with Bowser (seems like that big spiked baddie can’t keep his hands off of people). The desperate duo decide to work together as they strike out in search of Bowser and explore some pretty vibrant, very unique worlds along the way.

The Mario titles have long been home to some fantastic and varied environments, and Super Mario Odyssey is no different. Exploration was a joy, not a chore. Often times I searched a random corner of the map and found nothing of interest, but the same old joy and thrill of discovery still ran through me every time I did stumble onto something new and unexpected. The stages are brilliantly designed, with puzzles and boss battles sprinkled throughout that challenge your way of thinking. Certainly this is a title that rewards good reflexes, but Super Mario Odyssey is an action game in execution, but an adventure game at heart. With more than five hundred moons to collect, you have a suitable number of carrots being dangled in front of you along the way, but really they are almost just ancillary to the wonder of exploration.

Mario has a wide variety of moves available to him here, but obviously his biggest new trick is the ability to use Cappy to possess / capture enemies. This feature was readily teased in all of the trailers and should come as a surprise to nobody, but it is still a really well executed idea. Different creatures have a variety of different skills – and limitations. Take over a chain chomp and well… you’re chained down. But these possessed creatures have moves available to them that Mario does not, often times serving to unlock previously unavailable parts of the stage for further exploration. There is a ton of trail and error to be had in the gameplay, from trying out unique possessions or simply attempting some complicated new string of jumps to reach that seemingly just-out-of-reach platform. Cappy provides more than just possession however, as he can hover in place serving as a sort of mid-air jumping point that only further adds some platforming variety to the action. 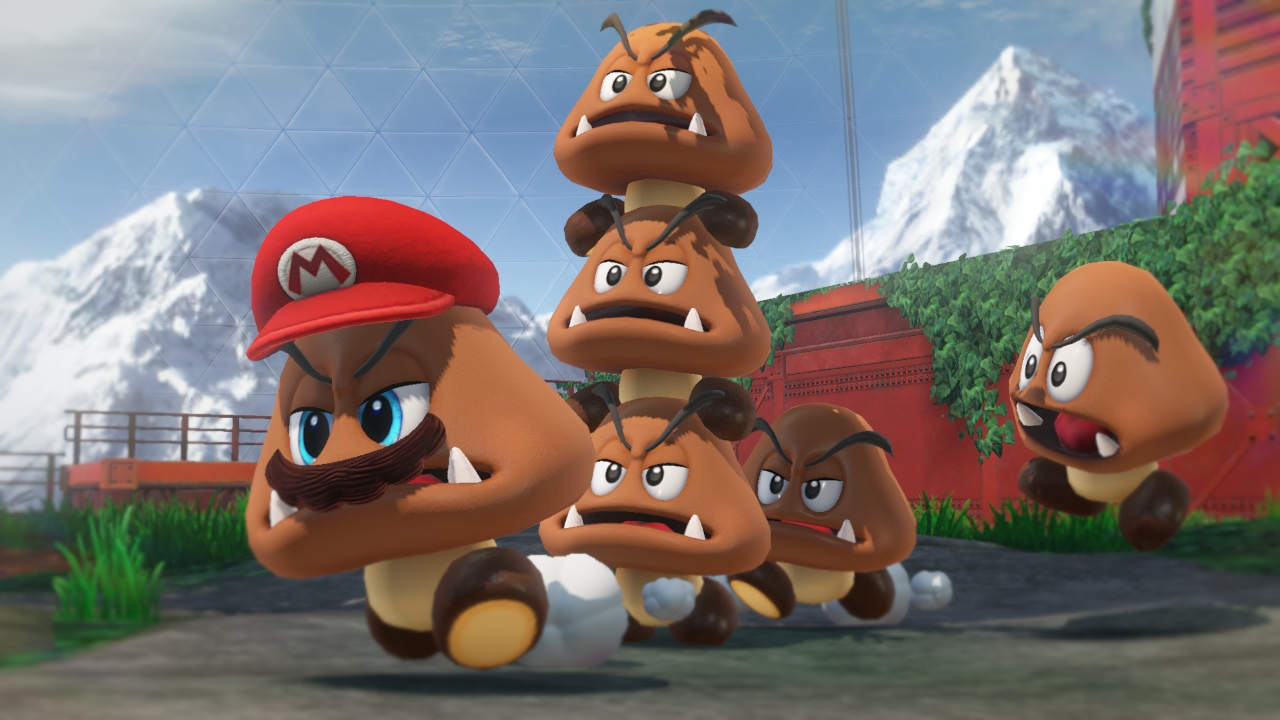 For such a beautiful game filled with charming music, I was actually pretty surprised at how small the file size of Super Mario Odyssey is, ringing in at just under 6 gigs. Considering that numerous titles on the Switch have proven to be much larger in size, it is amazing at how the developmental wizards at Nintendo managed to make the most out of their resources, creating wholly different worlds with tons of variety. Even the music has some familiar if remixed tunes and never sounded out of place. I will say that of all of the worlds, Metro Kingdom (which has a very big city / New York kind of feel) was the only one that just sat odd with me at times. It was a unique stage to be sure, but Mario is a very different character design with his squat stature and rounded edges when contrasted to the citizens who are tall, slender and more conversational than most bystanders in previous Mario titles. Still, even with this stage’s somewhat jarring visual design, it still played like a typical Mario level and was a joy to explore.

Super Mario Odyssey is a fantastic game, and say what you will about the Switch this year (we’re of mixed opinion on the console here at CGR, though I come down decidedly in favor of the system this year) is a fantastic feather in the cap (Cappy?) for Nintendo this holiday season. The vibrant worlds should appeal to younger games just as the Mario titles of old did to me growing up, but there is enough challenge and exploration here for seasoned gamers to enjoy as well. Admittedly the story is a bit thin (as is often the case with these games, leaving more to the imagination than not in terms of narrative), but the gameplay and sense of discovery are top-notch. 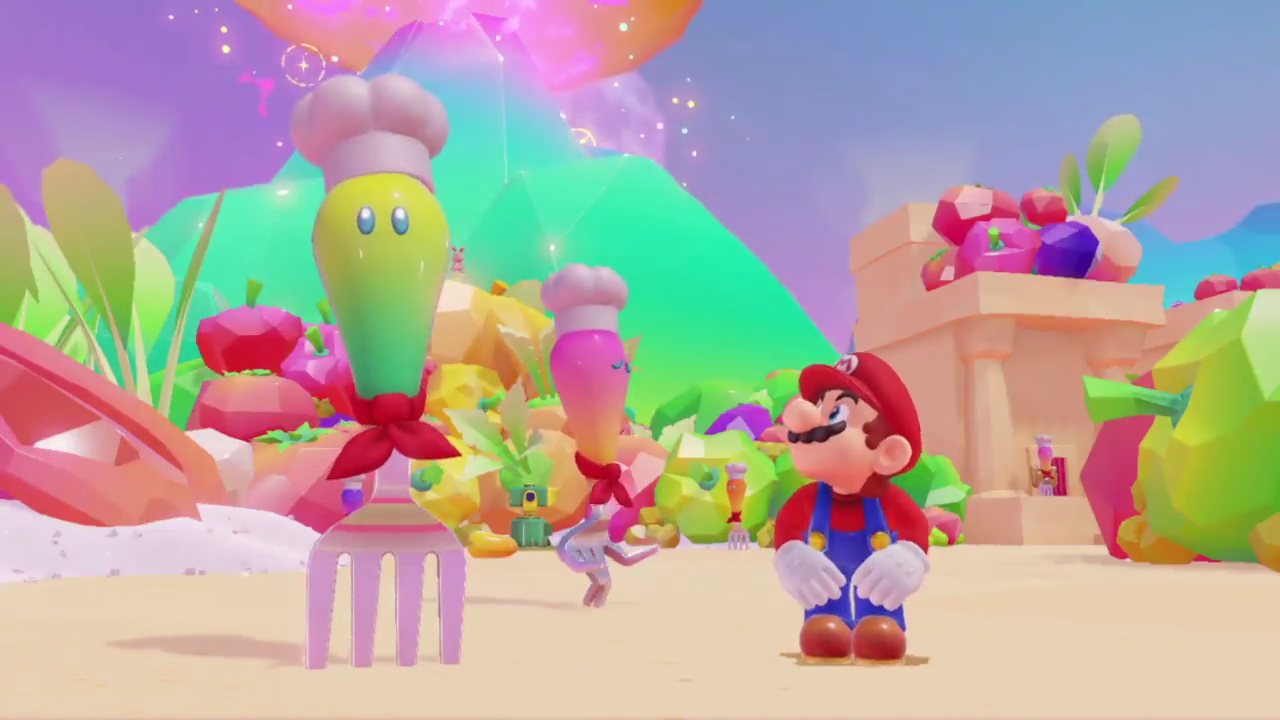 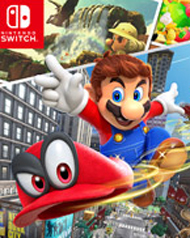 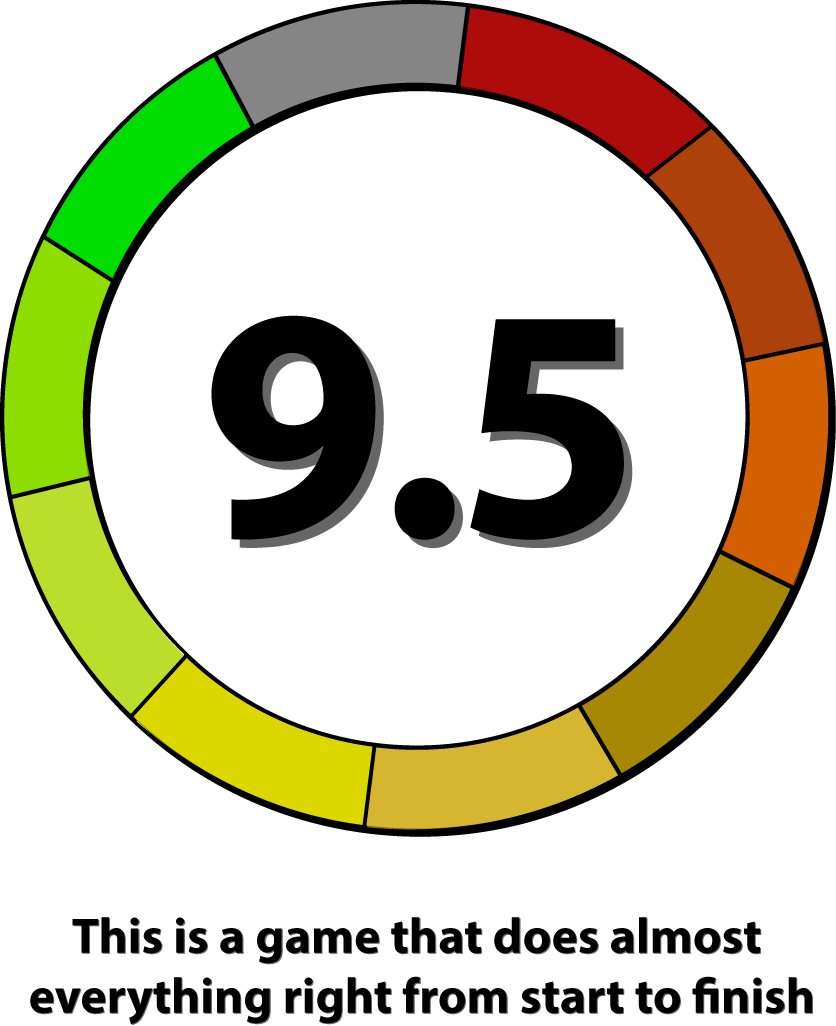