comments Share
You are reading
The Red Star – Retro Reflections 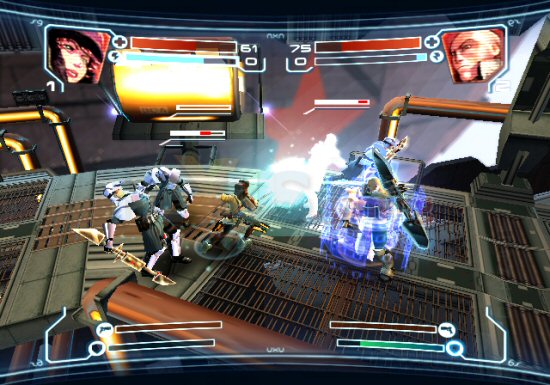 The Red Star is related to the comic series with the same name. The story takes place in an fictional Soviet Union and the heroes struggle both against the oppressive government and other, supernatural threats. When the game begins your military ship is attacked by a government vessel, so it seems you are considered to be a traitor and must face the soldiers who board your ship to survive. After that you go to various places and complete missions relevant to the sinister entity that hides behind the soviet government of terror.

The gameplay reminded me of the arcade games of the eighties, which I grew up with. The controller’s face buttons are used for slashing, shooting, raising an energy shield and activating a super attack; R1 is for strafing and performing extra attacks. There are two characters to select from (with a third one being unlockable), a strong dude who has a nice super laser beam and a slim woman who moves very fast (I like her outfit, by the way). I have played the game with both of them and there are a few situations that favor one over the other; for example, the creepy boss with the regenerating tentacles is best defeated with the big guy while the wizards shooting magic missiles are handled by the female warrior more easily. You cannot choose characters during the game however.

As regards the action and control, there is only one button for melee attacks, however you can perform combos and grappling moves by using R1 and the left analogue stick. You can, for example, hit a soldier twice, press R1+left stick+square button to “harpoon” him, slam him on the ground, then press R1+left stick+square again to send him flying away. This mechanism is smart, easy to use with a little practice and functions well all the time. Generally, you can fight enemies as you prefer, from close quarters or a longer distance, with your firearm. I love games that combine melee with ranged combat and Red Star is a fine example. 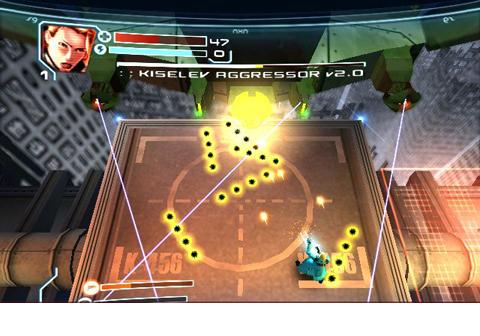 Pelting a foe with energy fire and tossing him off a platform into the void below is satisfying and you can do this whether you face one guy or more. The super meter is filled as you fight and when the super is activated it causes great damage for a couple of seconds. Your shield absorbs almost any hit and your gun has unlimited ammo but the shield overloads and the weapon overheats after a while, so you must wait before using them again. Foes charge in small groups and vary in strength, speed, toughness and type of attack. The above limitations and characteristics mean you should play carefully and adjust your tactics according to the various challenges, otherwise you will be obliterated. Red Star is simple, not mindless.

The linear level design resembles old beat’em ups. As you move the screen scrolls sideways or vertically (depending on the stage) and when a new type of enemy appears his basic attributes are explained, for example you may be informed that his shield cannot be penetrated by projectiles.  Most adversaries can be defeated without hitting you provided you possess quick reflexes and know your character’s abilities. In the middle and at the end of each level there is a huge mechanical boss that fires hundreds of slow moving projectiles, giving you the opportunity to understand their pattern and dodge them. Its health bar is at the top of the screen and I loved depleting it with my gun. When you complete a mission you get a score, which is very important since it is “spent” to purchase upgrades. Those are necessary to beat the later, harder missions and include better armor, slower weapon overheating and the ability to drain health from enemies. 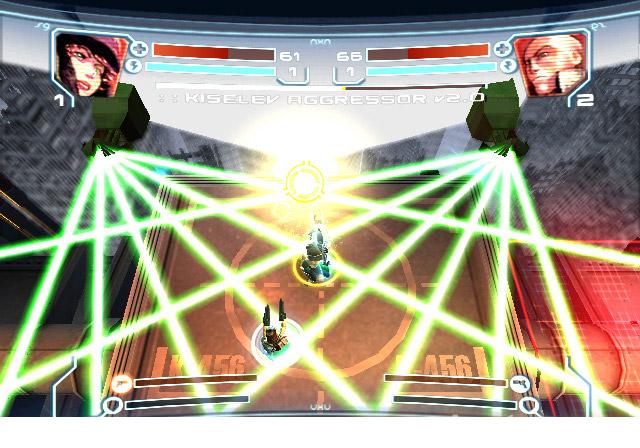 You can acquire new weapons but I did not find this option particularly useful (I admit I did not pay much attention to it though). Your score is influenced by how much damage you have sustained, so you should play efficiently. A valuable health pack lies in each stage but if you die you have to restart it. This may sound problematic, nevertheless, I reached the final boss without frustration because the game is fair: there are no cheap hits, your character gradually becomes more powerful and stages are not long. The last boss is very difficult but not impossible, he just requires high precision and patience. I should also mention that a two player cooperative mode is available and there is even a level where you fly a small spaceship shooting other craft, which is fun like the rest of the game.

The Red Star excels not only in gameplay but in other aspects too: its futuristic graphics feature vibrant colors and stylish scenery, the enemy design keeps changing and shows plenty of imagination, the upbeat music and sound effects, such as the alarm introducing a boss, add to the battle experience, the visual effects are nice and everything moves smoothly. Each level has its own unique appearance and the interface is well organized: bars depict your health, super meter, weapon’s temperature and shield’s condition while a list shows all special moves.

The Red Star shows how much fun people could have today if forgotten styles of gameplay were properly modernized. It combines elements from the old shooting and beat’em up genres into a structure with solid action, perfectly balanced difficulty and a visually pleasing presentation. Playing a game that rewards skill and looks cool without taxing you brain was an enjoyable surprise. Sometimes gems can be found where you least expect it. 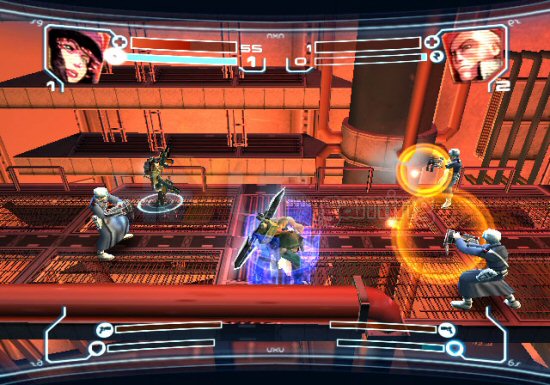 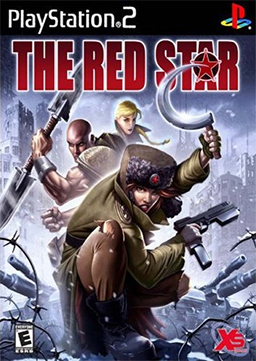