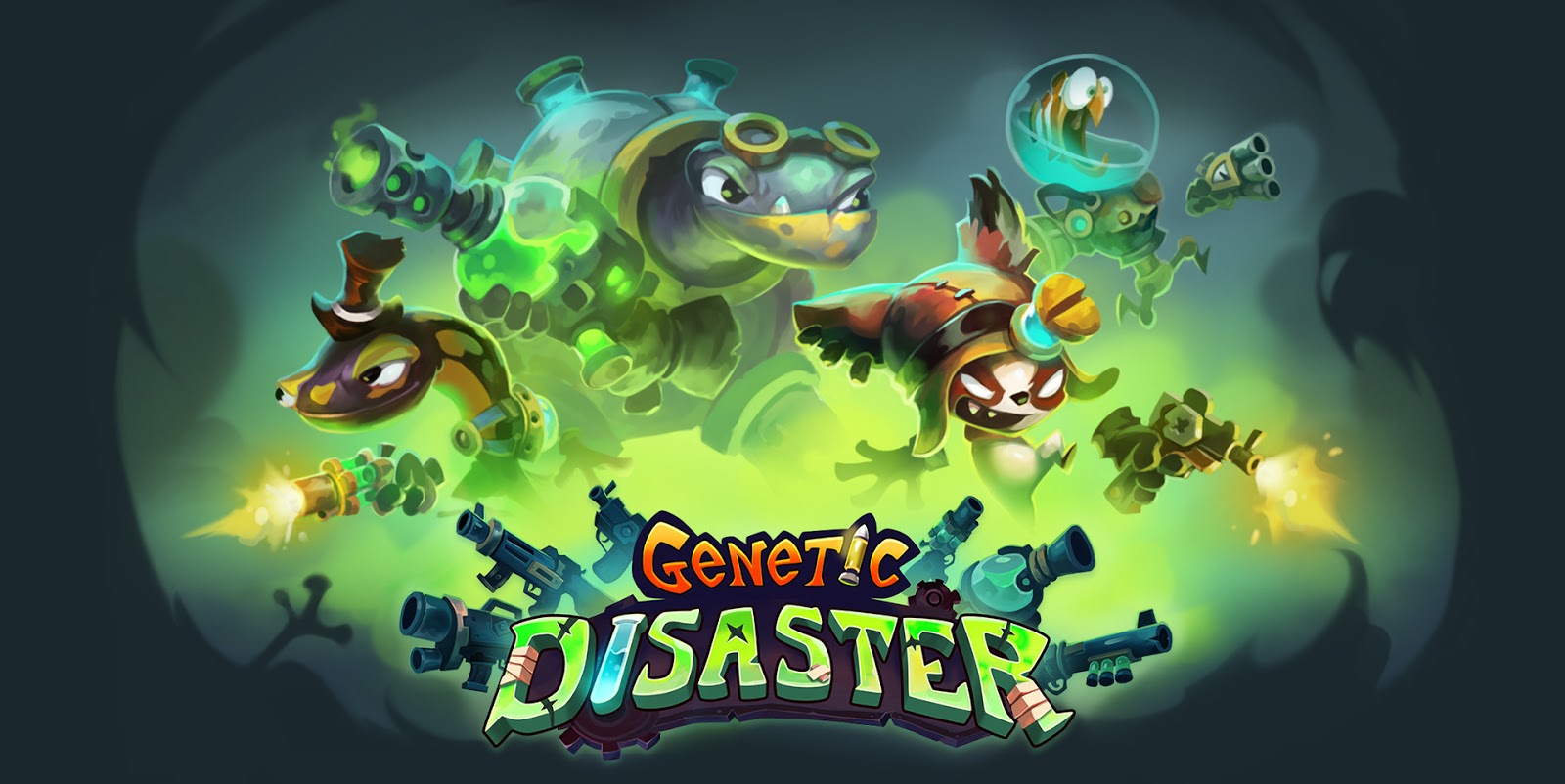 Enter the Gungeon for me was some brilliant roguelike dungeon crawling but it was lacking something important. For a title offering coop you could only ever coop with one person and they couldn’t choose their class. Genetic Disaster by Team8 Studios fixes this issue with four player coop in its own level of crazy roguelike style. Just beware of the friendly fire!

Different classes? Check. Funky guns? Check. Game Over means restarting from the beginning? Bring it on! There’s a certain thrill that come along for the ride when diving into a roguelike especially when you know that nothing you do will carry over. With several characters that have different abilities to choose from, you and up to three others get to dive into mayhem with crazy weapons in hopes of making it out alive.

The floor designs that you and others will be tackling are random but after a while you’ll notice patterns which honestly makes it a little easier to plan out how you’ll be progressing after a few attempts. There are several puzzles and sometimes you’ll need more than a single hand on deck which boosts that coop option a bit. They aren’t the most complicated but they keep things interesting especially when solving them spawn enemies at exactly the wrong time.

Taking out enemies is easy. Using twin-stick controls you move around with one, aim with the other and then pull the trigger once you’re ready to fire. Just make sure that you have the proper ammo stocked up. Operating a bit like a modern shooter, characters can pack two types of ammo and two weapons that can be simultaneously switched between. If one isn’t working out than the other may do a better job. Freezing weapons, fire weapons or just general mundane ones, each has a use whether it be scenario specific or player preference.

While blasting your way through each floor you’ll also be on the lookout for money. What is it good for? Money allows your team to buy health, ammo, new weapons and after the first free one, more upgrades like life leeching or not taking damage for falling down a hole. While the expression may be don’t spend it all in one place, the entire team shares a wallet so don’t spend it all before talking about it unless you really want to be unpopular with the rest. Which is where friendly fire comes in!

Teammates being a pain in the ass? You can take them out yourselves! Now while that isn’t recommended per say being a roguelike and all, it’ll happen that you accidentally shoot someone else as they are dodging around their own problems. What if that was the last bullet that leads them to their coffin? That is thankfully not “that much of an issue” as any player that dies will start to follow around as a ghost until their remaining teammates sacrifice a portion of their life in order to bring them back. What I liked was that this was not a one time affair. Once your health gets low it wont dip under a specific point allowing players to keep going for some time thereafter. 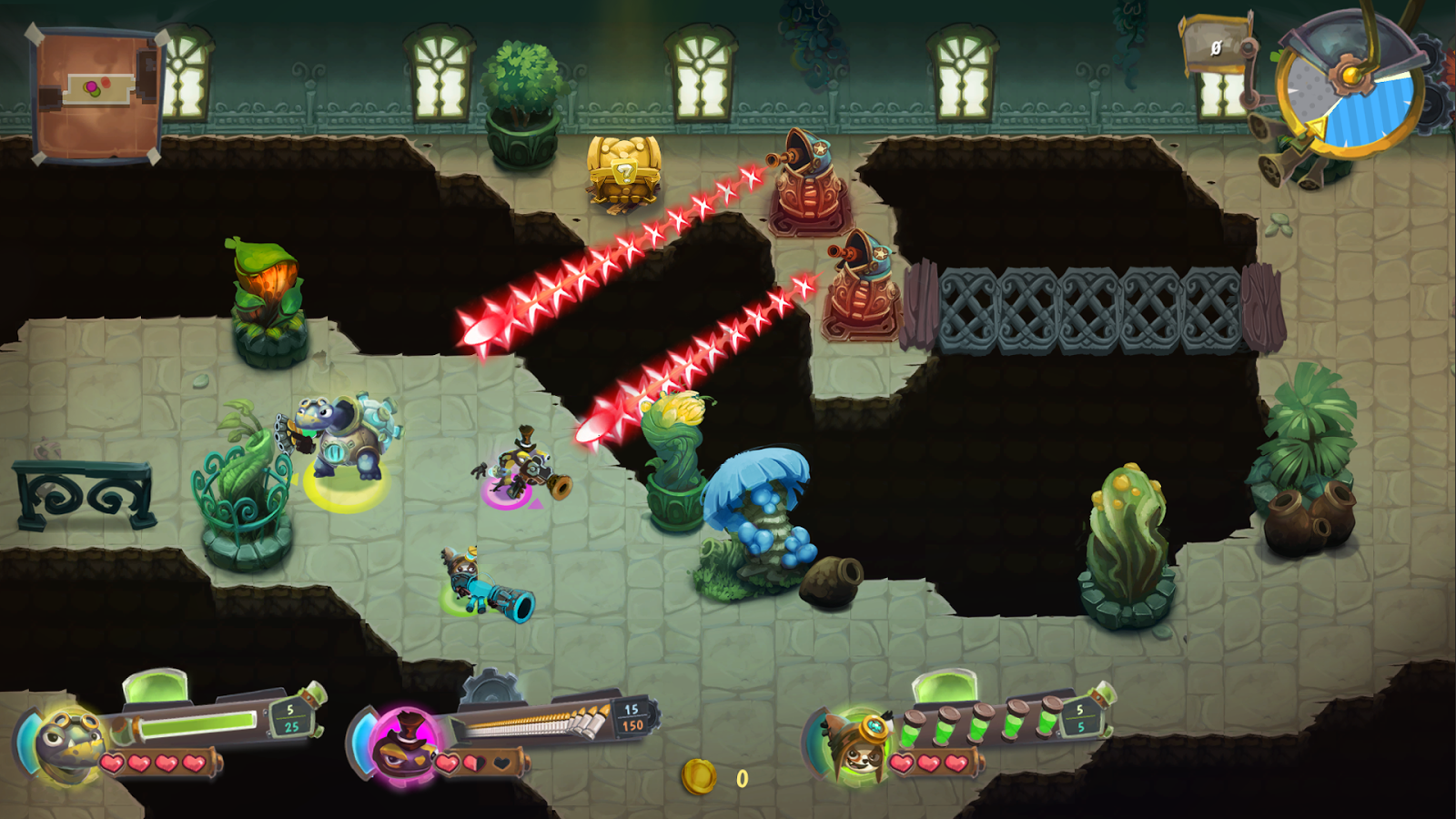 Running around the floors is one thing but going up against a boss is a whole other story. These were fun and all depending upon how lucky or simply quick on your feet you are this could take some time. The very first boss for example has multiple giant shields around him and without taking at least one of them out you’ll never hurt him. Even getting to that point can be a bit complicated because of his attack patterns but that’s what made this both challenging and fun as you couldn’t just steamroll on by before knowing what made them tick.

Genetic Disaster is a lot of fun. While a solo run could feel a little bit lacking adding in others to the mix really makes it all come together. With interesting characters, visuals and weapons to choose from, there’s a lot to enjoy as you dive through the floors hoping to not Game Over one more time!