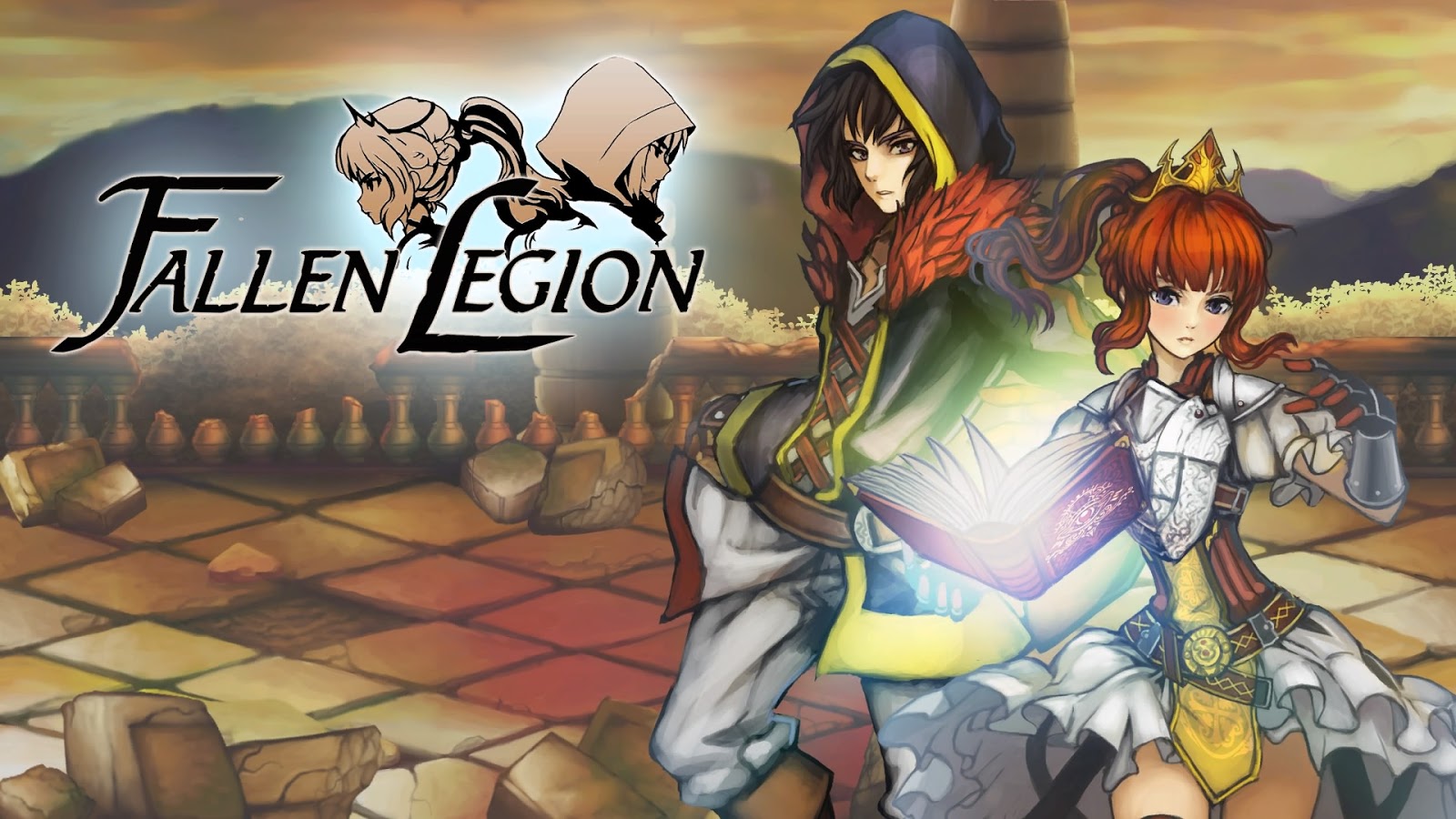 Not too long ago, Fallen Legion: Flames of Rebellion was out on the Vita, along with its counterpart Sins of an Empire for the PS4. While I did enjoy the experience of Flames of Rebellion on the Vita, it did have some minor issues compared to its PS4 relative. Thankfully, with this PS4 port, not only can you own the two titles for the same system, but some of the issues from the first port have been resolved.

If you have played Sins of an Empire, you already know what you’re getting into, as the only difference between the two is pretty much the main character. For those that aren’t in the know, Fallen Legion is what I like to call a “Valkyrie Profile with a VanillaWare art style”, with a little bit of kingdom managing thrown in for good measure.

In Flames of Rebellion, you take on the role of Legatus Leandur, who has decided that Octavia Cecille’s fancy talking grimoire is evil and must be burned, which is a mindset that may have been an issue in the early nineteen hundreds. Leandur has taken it upon himself to protect the general populace from the Octavia by promptly removing the book from her, and her from the throne, hence the “Flames of Rebellion”. Unfortunately for our great Legatus Leandur, things don’t go particularly to plan, and so begins a long drawn out battle to take the throne. 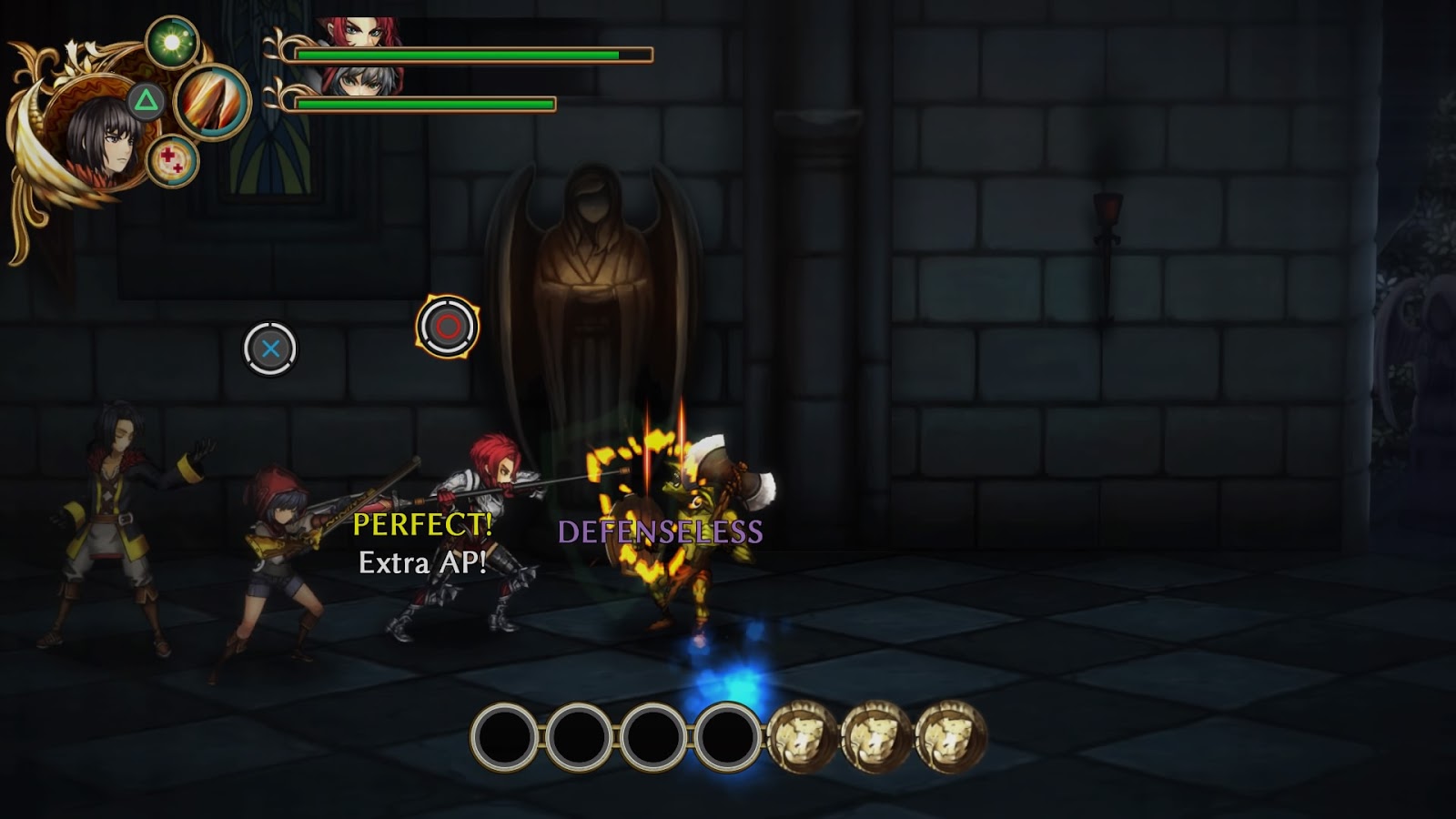 Gameplay in Fallen Legion takes place in between “nodes” on a world map that you will travel between. Some of these nodes are combat situations while others are there for only plot progression purposes. During combat, you order up to three units, who are the manifestation of heroic people or weapons, as well as being able to use Leandur’s magic. As I mentioned previously, Fallen Legion gave me a very “Valkyrie Profile” type vibe, and how you order your units is why. Units are associated with the either ‘X’, ‘O’, or ‘[ ]’, while Leandur uses the triangle button.

Your units that you control have action points that are consumed when you command them to attack, but will refill over time, while attacking enemies will fill up Leandur’s magic usage. You also have a ‘Combo Bar’, and as you order attacks, the combo bar fills up with icons of the characters you’ve commanded to attack. Certain spaces on the combo bar will have bonuses or special attacks associated with the spaces. There is also a block function that can be used to either reduce incoming damage or, if you get the timing right, you can reflect projectiles and recover action points, giving you the ability to counter your opponents. This is especially useful against bosses, as they have a guard gauge that will leave them prone if you deplete it, and the extra action points from the perfect guards really help.

Between battles you are presented with choices on how you want to deal with events happening during your rebellion, which range from rather mundane to serious choices. The choices you make will affect both later events and the morale of your army, but the choices also present immediate bonuses that you may need to help get you through a particularly tough stage, so you need to balance having the people like you against having the skills and ability bonuses you want. While some of the choices you’re given can be a little vague, most notably because you’re on a time limit to respond to them, most of them are at least moderately evident about the outcome, or at least general results, of your actions. It should be noted that, apart from a few enhancement gems, there is no real experience, levels, or stat enhancements, per se, so you should probably get used to guarding effectively. 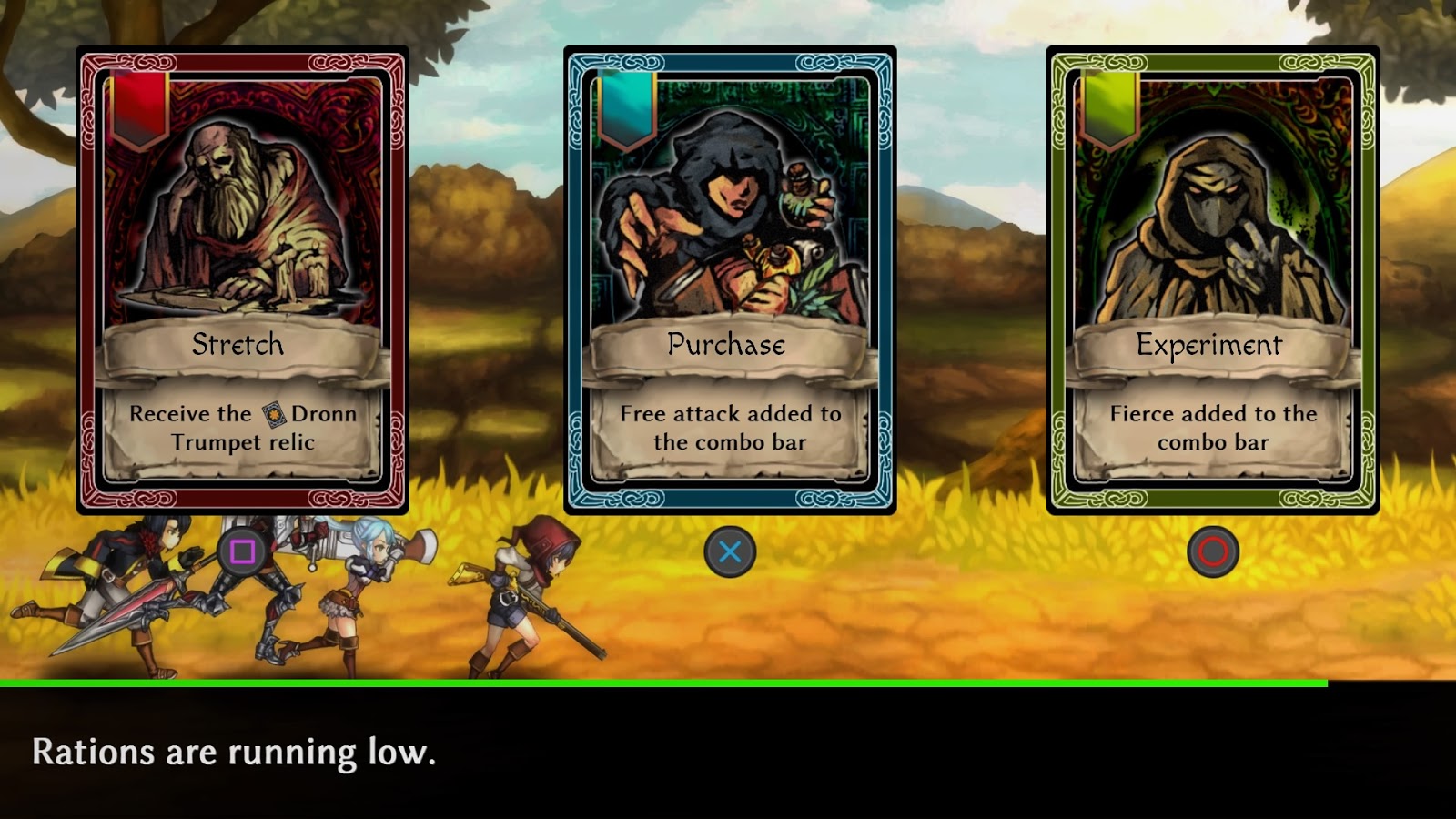 As far as I can tell, any issues I had with the Vita version have been solved upon the move to the console port. The camera is now acceptable, if not occasionally disorienting, there are no load time issues that I noticed, and the game was smooth as a whole. With a stellar soundtrack, pleasing graphics, there’s definitely a lot to make Fallen Legion a solid game. If you are going to pick up both games, I highly suggest starting with Leandur’s story (this one) as after playing Cecille’s, I found myself not overly fond of the antagonist I had just had for a game, and I preferred Cecille’s side. That being said, there is nothing inherently wrong with Flames of Rebellion, despite my dislike for Leandur, giving an all around solid experience. 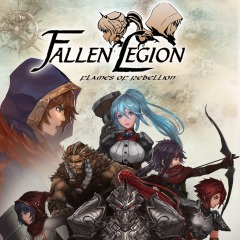