comments Share
You are reading
Minecraft Story Mode: Season 2 Episode 5: Above and Beyond – XB1 Review 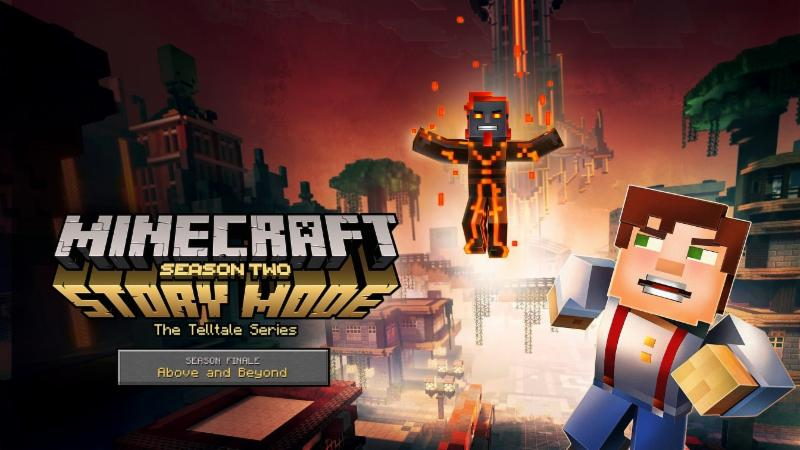 Kudos to the Telltale Games team for making Minecraft Story Mode: Season 2 Episode 5: Above and Beyond easily the best overall episode in the season – possibly the entire series. The stakes are high, decisions matter and the action filled finale provides some satisfying closure to the story.

If you have read my various reviews on Story Mode’s two seasons over the last couple of years, you know that this is probably my least favorite of the different Telltale Games adventure titles. The idea of having a good story around an open world that has little actual narrative within itself has always seemed somewhat at odds with one another on principle, and in both seasons 1 and 2, Telltale Games seemed to struggle in their earlier episodes. Season 1 did a nice job of wrapping things up and providing some growth for a handful of characters, and while it was still arguably my least favorite Telltale Games offering to date, it got better as things went on.

Minecraft Story Mode: Season 2 Episode 5: Above and Beyond is actually a really good chapter however. There is a heavier emphasis on action here than previous chapters, but it is fitting and does not just feel like filler. This series has never had the deepest, most moving of narratives, but the characters are fully fleshed out by the end and the loose ends are all tied up. There is a sense of finality here that should the Story Mode series end here, I think it would be a solid, satisfactory send-off that should appeal to those who have enjoyed the series up until now.

The one curious thing to me, is how much more serious the story gets. There are still moments of humor, but they are not as prevalent as we saw in the earlier chapters. That is to my personal liking, though I do somewhat wonder how those who really enjoyed some of the sillier moments will feel about this final chapter, which takes itself a good deal more seriously. Odds are, they’ll be too busy to really lament it. A few of the earlier chapters (especially in Season 1) felt padded. This episode moved from important point to important point. Really, this is a pattern with most of the Telltale Games adventures. In almost every series, the final chapter is the best, and that trend continues here.

It helps perhaps, that the Admin finally feels like the kind of tyrannical, iron-fisted overlord that the character has been teasing at but never quite achieved before this episode. Now the ruler of Beacontown has created a sort of ‘be happy or else’ atmosphere that serves as the perfect venue for Jesse and the gang to get back together one more time. This allows this final episode to really hammer home some of its overarching themes. It really requires the ‘old gang’ and some new personalities to do, but the writers do an admirable job of reminding us that this story comes to its conclusion in similar fashion to how it started: with friendship being the key.

If this is indeed the last Story Mode game, it is a good send-off. Minecraft Story Mode: Season 2 Episode 5: Above and Beyond brings a lot of plot points full circle, demonstrating growth in both the story that was being told and in the characters themselves. 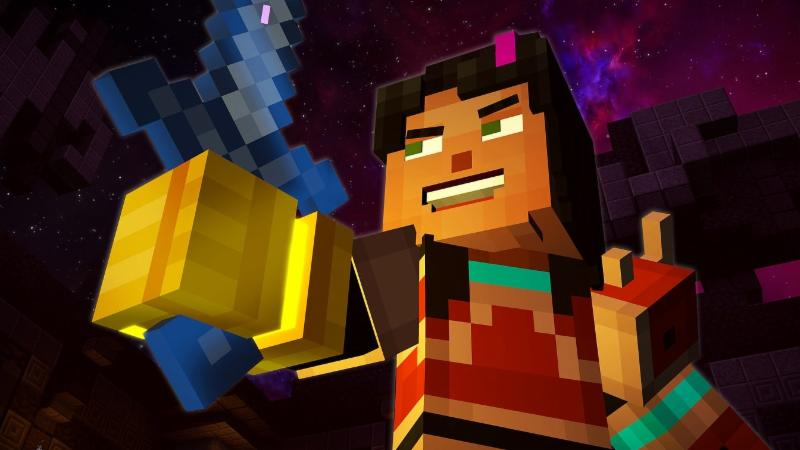