comments Share
You are reading
Sunday Bites – Towards the Pantheon

Towards the Pantheon is an Indie RPG currently in development from Connor Linning slated to release sometime later this year. I had originally spotted it through Twitter and from there I found a prequel available on Steam subtitled as Escaping Eternity. Here is your next Sunday Bites!

Escaping Eternity sets itself up as a prequel to the main events of Towards the Pantheon. Something horrible has happened to the world and one man after making it through multiple trials aims to go back in time to somehow give things another try to fix it. How that fits to the events of the main title remains to be seen but he’s a main part of the adventure and I look forward to how one bridges into the next.

The gameplay provided was interesting. Given almost no instructions you set out exploring your surroundings. Basically inside of some run down and falling apart building, you soon find more locked doors than you know what to do with as the keys are nowhere in sight. The problem solving to obtain these keys can be found through looking around carefully and inspecting everything even if that means looking through blood soaked rooms and rotting contents of barrels. If this level of problem solving can be found in the main event then I believe that players are in for a treat! 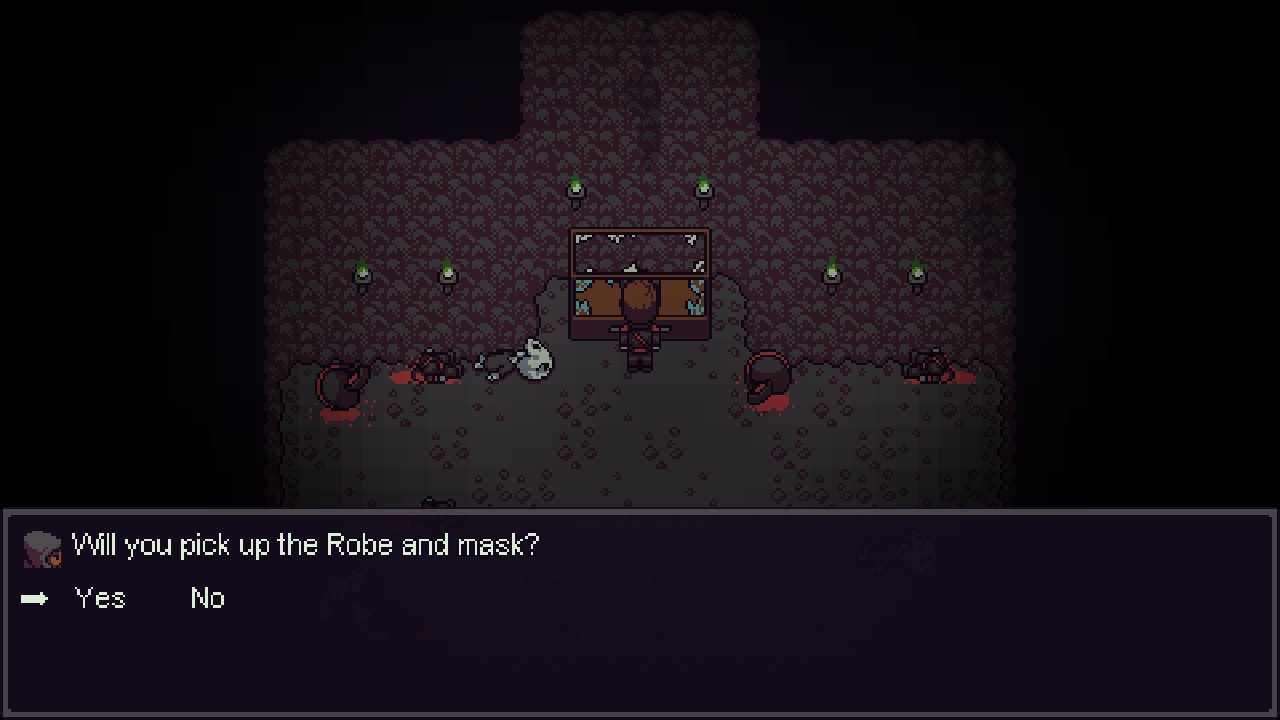 The music and the sound effects just add layers upon layers of creepy. Already visually dark and gloomy because of the setting the audio just sells it that this is not a friendly place. Silent at first you soon come to dread the haunting music that follows.

Let no one, NO ONE, ever say that 2D Sprite like creations cannot do creepy. Dear anything you believe in. I jumped several times and from nothing more than a quick glimpse of something. Very well done. The opening disclaimer warned of both mature aspects that were darker in nature and it didn’t disappoint.

Combat wasn’t a feature displayed in the prequel. Instead it focused more on the mystery and problem solving surrounding our warrior as he explores the broken down and locked areas that he finds himself within. 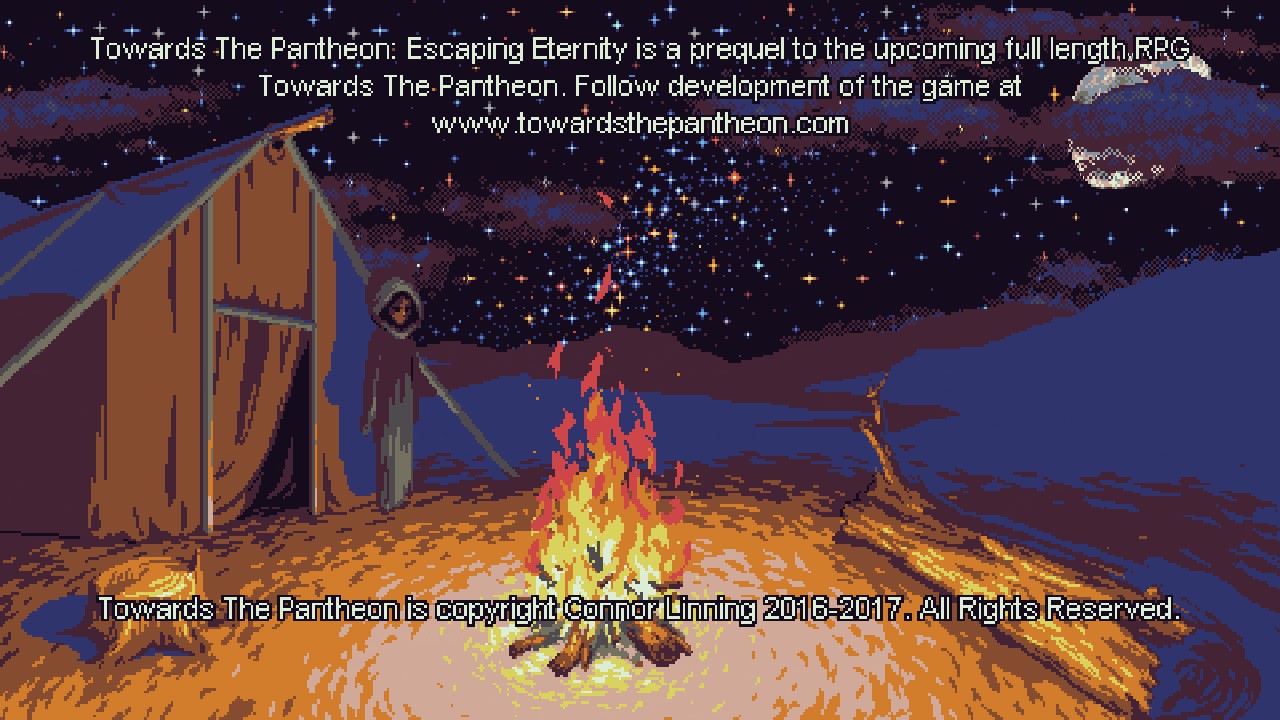 Towards the Pantheon: Escaping Eternity shows off a well crafted scenario that didn’t need anything like combat in order to sell it. With the established premise now in my hands, I’m looking quite forward to the rest of the experience. Now we just need to wait for it!