So with our review of the newest Monster Hunter yesterday we thought to bring you the thoughts of multiple others on the team. So without further ado, here’s what the rest of the team thought about Capcom’s latest venture.

Monster Hunter Worlds has its ups and downs. I have been playing the monster hunter series since the PSP days and have always been a huge fan. When I saw the changes to worlds I was skeptical… but seeing as how it was a present from my brother I had nothing to lose.

I have to say I was impressed overall I did enjoy the game and some of the new mechanics the hunts were fun and the open world had its advantages. The tracking system was a neat addition that I also found to be quite fun helping you learn more about the beasts and basically have an auto lockon at a certain point of having hunted the monster way to many times.

Though I did overall enjoy the game I do have some issues with it as well. The first major issue that many major monster hunter fans have had so far is simply, the game is too easy.  Whether it’s because more content is to be released, or they wanted to release something for the more casual gamers there isn’t enough of a challenge that the old monster hunters use to give. Primarily the lack of a G-Rank, when we use to play we would often rush through content with barebones armor and weapons to simply hit g-rank where “the real monster hunter begins” when rathalos could 1 shot you with his breath if you weren’t well equipped, or how Mike Tyson (Brachyodos) would 1 punch you in the face cross map. 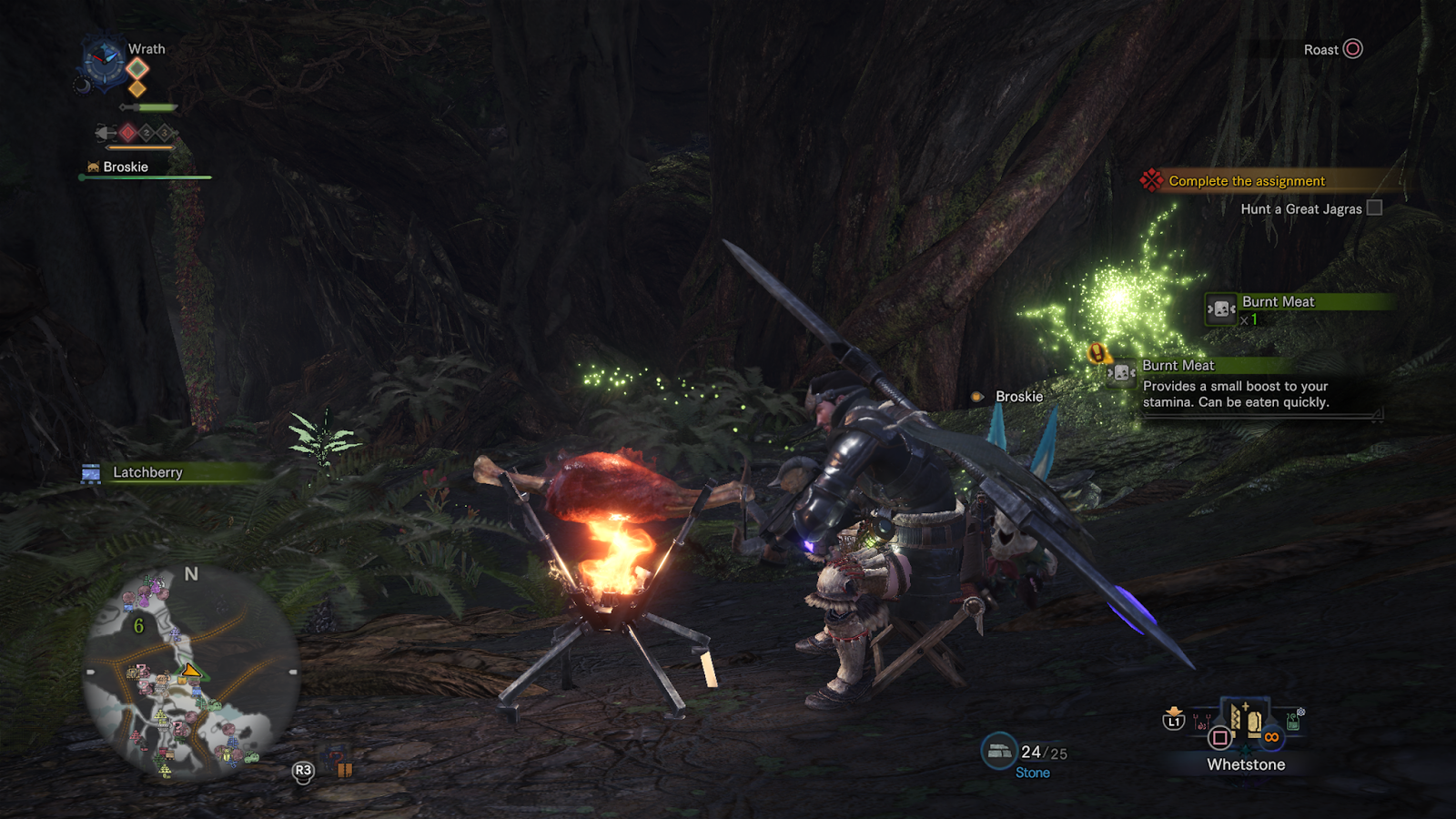 The 2nd biggest issue I have had is the way we upgrade our weapons. I don’t care much for the change of requiring an upgrade tree for the items, instead of the way we craft armors. I have all the material here is my weapon. Great. My last complaint is the lack of end game, as well as total monsters. I was told  worlds has a total of 32 monsters to hunt, compared to its predecessor that had over 80 hunts on release. I do feel the multiplayer has some work to do. The amount of hits it takes to break horns or chop tails in multiplayer compared to regular feels off, almost as if, if you don’t chop or break 1 you won’t get either before the monster dies.

The game had some great tweaks as well I enjoyed the way they added optional quests to not be a part of the storyline, the idea of how squads works and the possibility of dropping an S.O.S. or even joining one yourself. I enjoyed the cooking system, and how the maps work together. I do with the Scout Flies would be more useful at times, when I feel they are giving me a roundabout way to the monster, but I digress. The combat system has got to be my favorite part of Worlds, it feels smooth and clean. A strange thing to me is that I feel the game is more playable in parties of 1, 2 or 4 but never 3 man. 2 Palicos are more useful than a 3rd person I find.

Although it looks like I bashed it more than praised it I still give worlds a solid 8/10 I simply hope for more content in the future to make up for the lack of things to do currently and maybe add more of a challenge for the vets to take on.

Monster Hunter World is definitively the best version of any Monster Hunter game to date, with improvements across the board in most every aspect. Accessibility is at its peak for new players, and veterans can jump in and expect to have a new learning curve, playing with all the ways you can interact with the world and monsters. The weapons are all at their greatest form in one way or another, implementing a lot of what went well in Generations and cutting the fat away. Old collecting quests have been cut down, and are no longer mandatory for game completion, as well as having extra collection rewards added just for essentially playing the game. The only true gripe I find with the game is the weapon upgrade system. In some ways it’s a much better system overall, but the lack of unique weapon models does hinder a bit of the enjoyment that can be had in crafting them. In all most of the weapons are merely the base variant with scales or feather stacked onto them. But in the end that’s superficial, and the rest of the game hits the mark for me and will do so for most new hunters and all of old. Multiplayer is wildly broken and succeeds in being as anti-community as is possible in a pseudo-MMORPG. Constant server disconnects/failures to connect and what is perhaps the worst matchmaking in history push Hunters to solo and fire an SOS in the hopes someone MIGHT show up, while trying to join a game with friends is frustratingly obscene. On the other hand, smashing a T-Rex (Anjanath) in the face with your shield is wildly therapeutic, even if the mounting aspects are far, far less enjoyable than those found in Dragon’s Dogma: Dark Arisen. Though the fact you can skin nearly any beast you come across and turn it into a fashion-backward look is excellent; I just wish there were more looks.

If I wanted to look like any one of the enemies from Sabin’s Mighty Morphin Power Rangers, I’d simply sit in my house wearing the random Amazon boxes adorned with the bags of air that they ship with. PLEASE give us the opportunity to transmute armor so you can get the benefits without looking like a horrible failure from Project Runway… Piss-poor multiplayer and the even worse fashion aside, Monster Hunter World is a wonderful adventure where you hunt down massive monsters in gorgeous locations.

It looks pretty. I was impressed with how easily I was slain by a low level creature in my second hunt. Many giggles were had as my body was launched limply off of the cart. Still, my favorite Monster Hunter World moment was watching Chris and a group of random people taking on one large dragon-like creature while a large bird-like creature got involved shortly before a smaller purple raptor-like creature joined in the fun. It was mayhem. Good times by all When it comes to the Monster Hunter series my experience is a lot more limited than Richard, Marc or Chris. I mean I’ve watched Marc sink countless hours into it over the years especially with 3 Ultimate between the WiiU and 3DS but myself? I started on 4 with my New 3DS XL.

Throwing all of that out the window though and I’ve been having a blast with Worlds. Solo or with others in either Richard or Marc’s squads, quietly playing or chatting away with others online, I found it easy to slide into this newest entry.

It’s accessible. Yes there’s a learning curve but elements such as the scout flies make it easy. Fetch quests are more of bonus side missions for extra armor upgrades. The variety of weapons and armor are there and allow for a good versatility. More than that is while yes it’s easy to fall behind others who are always on everything can be done at your pace whether you have time for one mission or several dozen.

It’s fun and I’m glad to have picked it up after taking Marc’s copy for a spin. 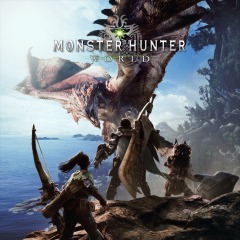