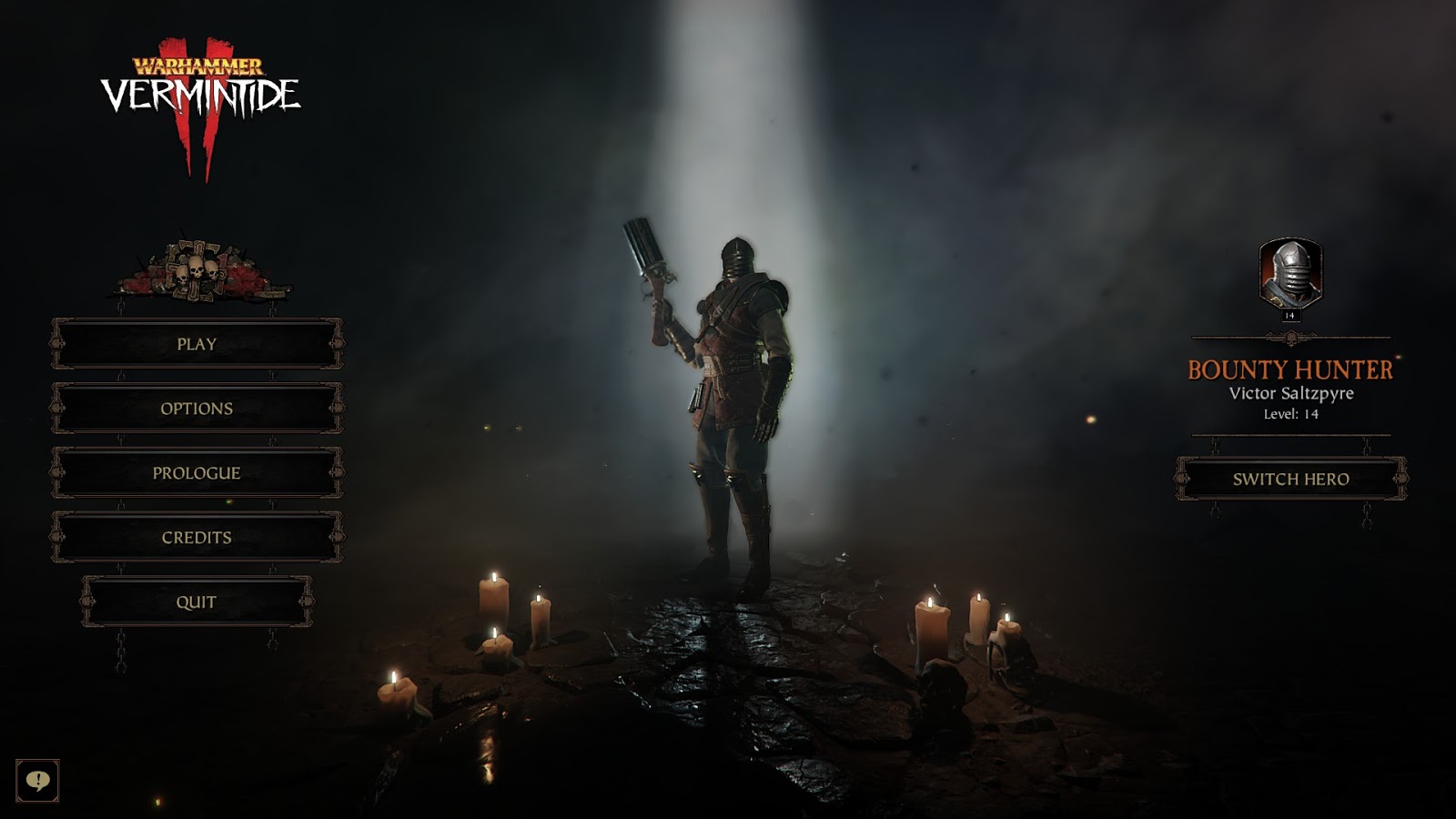 After having recently taken Vermintide 2 for a spin during their closed beta any worries that I may have had for the newest edition were put to rest like that latest Skaven horde that came calling for our heroes’ blood. Equipped once again with swords, guns, crossbows, hammers and explosives, take control of the group of five heroes as four of them head out into crazy missions with less than friendly odds of survival.

Taking it from the top, Vermintide 2 is gorgeous to look at. The environments are well detailed and diverse with plenty of different lightings in between. Open wheat fields, fallen cities, swamps and the inside of dark mine shafts with nothing but torches to light your way. Each of these areas while technically being “on-rails” as there’s a path to follow don’t feel like they are because you can still move around and sometimes get lost while looking for a passage forward.

It’s through these environments that you and up to three others can journey through hordes of minions and bosses in order to achieve your goals. While a coop game at its core, single player can be played alongside bots to fill in the gaps but then where would be the fun without someone else to blame for failing the mission? 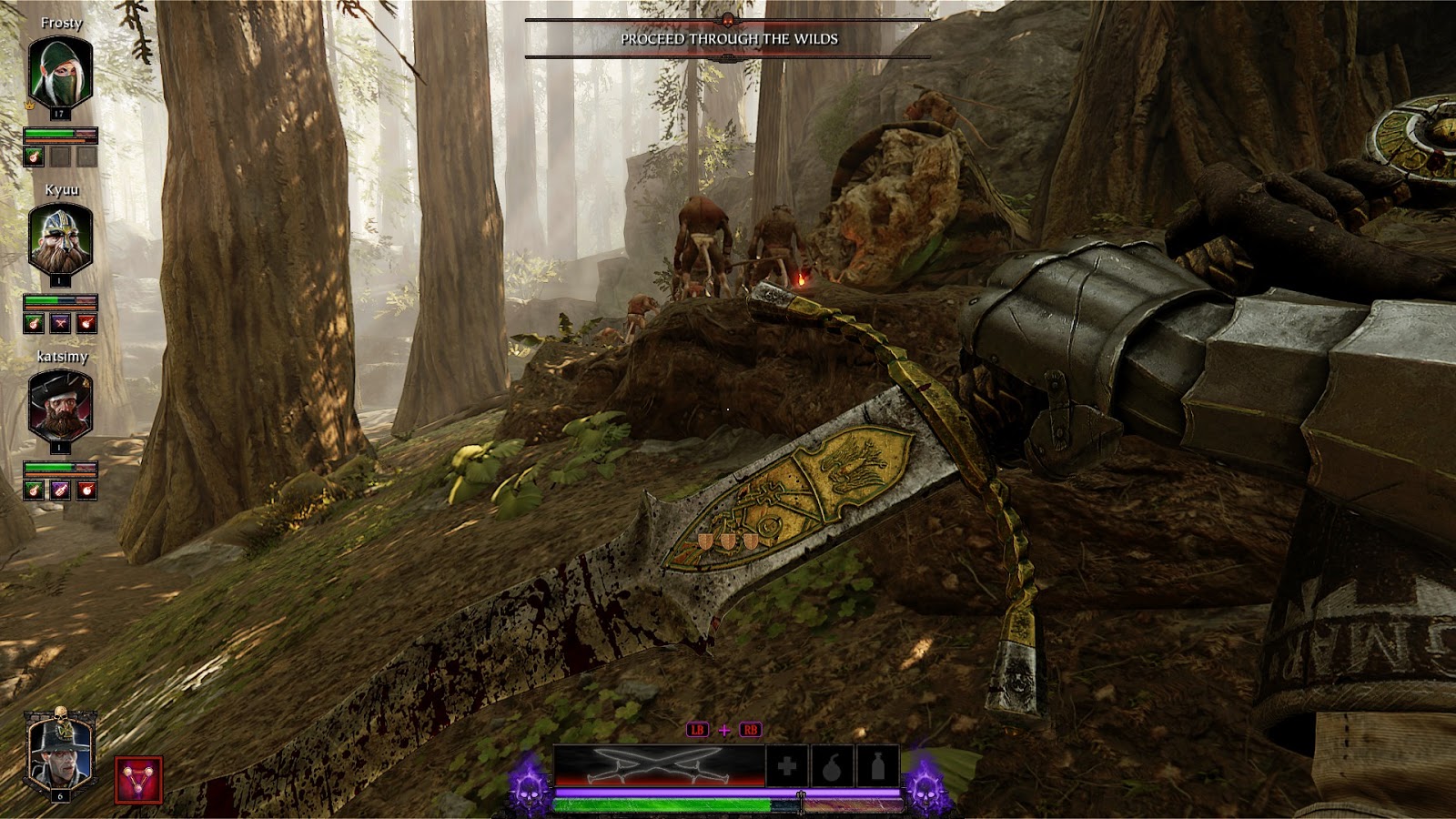 Each available class brings something different to the table as while there’s clearly a tank and a glass cannon, the other three in the middle can lean more towards one or the other depending on their class. Fatshark have made a lot of improvements to Vermintide 2 such as the above mentioned graphics and now with the characters and their specializations.

Available as within the first, there is the Dwarf, the Elf, the Mage, the Witch Hunter and the Soldier. New this time are unlockable classes that change their passive and special abilities which are also a new addition. The Elf for example can shoot three seeking arrows as her first special ability while the Witch Hunter’s second specialization takes out a six barreled pistol and essentially lays waste to anything close enough to be in its way. Having these class choices increases the variety of gameplay as it makes for fifteen character choices in a sense instead of simply five. All playing somewhat similar it’s the smaller details that make the difference especially when going up against bosses or special units that come for your blood.

In the first there were a few special units that could devastate your party if you weren’t careful enough. Those units are back along with others in order to make your life hell. In a bit of switch though, special units while still powerful have been split almost into specials and mini bosses as hulking masses like the tentacled being of chaos, bile troll and that of the rat ogre now have their own visible health bars. They are tougher than the rest though they can spawn just as randomly as an assassin or a giant chaos soldier who’s ranks have meshed in with that of the Skaven. 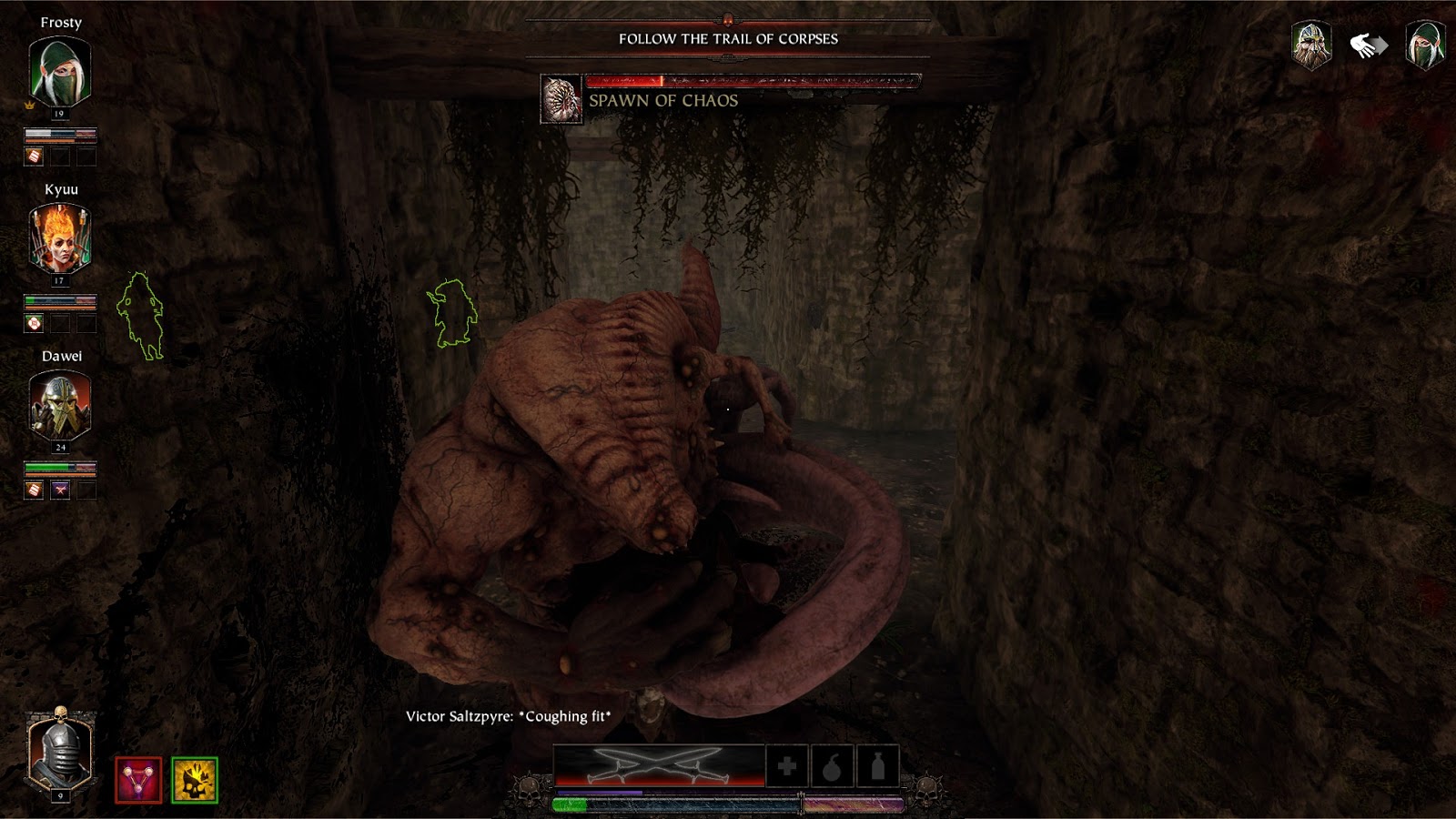 Playing online felt smooth whether with friends or random others by either finding a specific map that you wanted to load or by selecting quick play. Quick play games can be done with friends in your party and are almost suggested as it picks a random map and gives you an extra reward bonus at the end for having completed it. Loot is always good and you’ll need better items to unlock the higher difficulties and the capabilities to handle them.

Item management has gone under perhaps one of the best changes. In Vermintide you had to go to the crafting station, then the enchantment station, then the… you get the point. Now within your new bases, all of these functions are still available separately or all in one neat little package though the Blacksmith’s anvil. This has made gearing up and switching unlockable talents much easier than before so that you can simply head back on out into the fields to do what you do best.

The overall experience of has simply been made better. Whether it’s the newer brighter areas or the deeper and darker caverns, the details of the environments make it feel more immersive as you plow through either the Skaven or the Chaos hordes. With extra character selection options and plenty of gear to play it differently than another player, there’s more than enough for what will most likely be the base game if it follows along the roots of its predecessor.

Article by Pierre-Yves
Lots of gameplay with Marc L. and his friends Dave, Cory and Nate