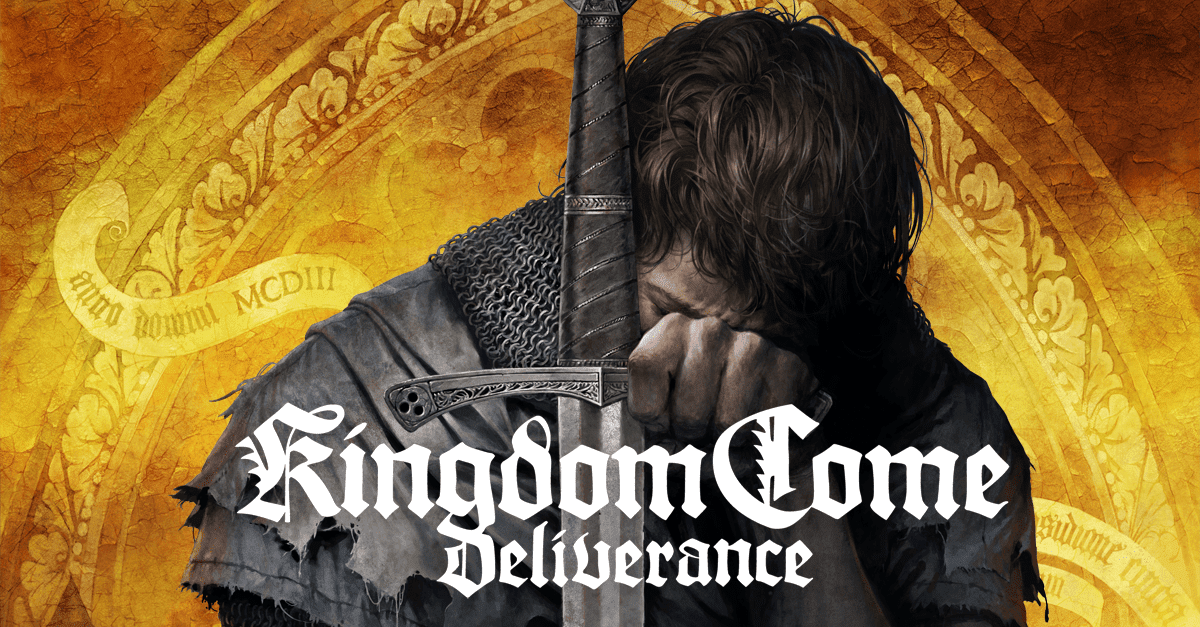 Set in the Early 15th century, Kingdom Come: Deliverance thrusts you into the role of Henry, a blacksmith’s son in the rural town of Skalitz. Set upon by a rogue army, Henry sets forth in an amazingly detailed medieval world on an adventure riddled with danger. You can confront that danger with strength and steel or you can beguile your enemies with wit which leaves endless possibilities for nearly every single encounter you come across. Unlike many other roleplaying games, Kingdom Come: Deliverance is about survival, but not just due to enemies seeking your death, but more mundane aspects such as hunger and sleep. Outside of some serious performance issues and wild bugs, Kingdome Come: Deliverance is setting a new bar for realistic, open-world roleplaying games.

I first wanted to thank the good folks at Deep Silver and Warhorse Studios for both the review copy and for working with me through a few of the issues that I ran into on the Xbox One S. They have been fast to respond and professional. They have been fantastic.

Kingdom Come: Deliverance is huge … Both in actual size and in what it attempts to do. A faithful recreation of the Holy Roman Empire in the early 1400’s complete with privies, roving knights looking to duel, and beggars aplenty, all wrapping up to be a realistic survival RPG. There are plenty of people that are comparing KC:D to Skyrim and a number of its survival mods and they are not all that far off from the truth. In KC:D you will need to keep hunger in check by eating regularly; eat too much and you become lethargic, eat something spoiled and you will be poisoned, eat something fantastic and you could gain a buff to one of your core stats.

On top of the need to stay well-fed you will need to keep an eye on how tired you are; like in the real world the longer you are awake the less efficient you become which means your hits will not be as strong and you will more easily lose stamina (which, by the way, will be reduced due to a sleepiness debuff). Let yourself become too tired and your vision will blur and you will blink regularly; on a similar note you can literally starve to death in KC:D. These add a certain level of tension to each quest and really help enhance the experience overall.

Eating and sleeping are not the only important elements to Kingdom Come as your appearance will come into play; approach a shopkeep or quest-giver in dirty or bloody clothes and they will treat you roughly. Approach them wearing nobles clothes or quality armor shortly after using the bathing services of one of the handful of bathhouses in the world, and they will show deference and, possibly, share more information with you.

In fact, it would be best to consider each conversation that you have as a combat encounter, but rather than using swords or bows, you are using your wits and appearance. It is an utterly fantastic method and should be the new standard for any immersive title. On top of combat using words, the voice acting for Kingdom Come: Deliverance is second only to Witcher. There are few, if any games I have played in recent years that sound as good as KC:D. If only there were a few more lines of dialog to listen to when approaching shopkeepers or beggars. 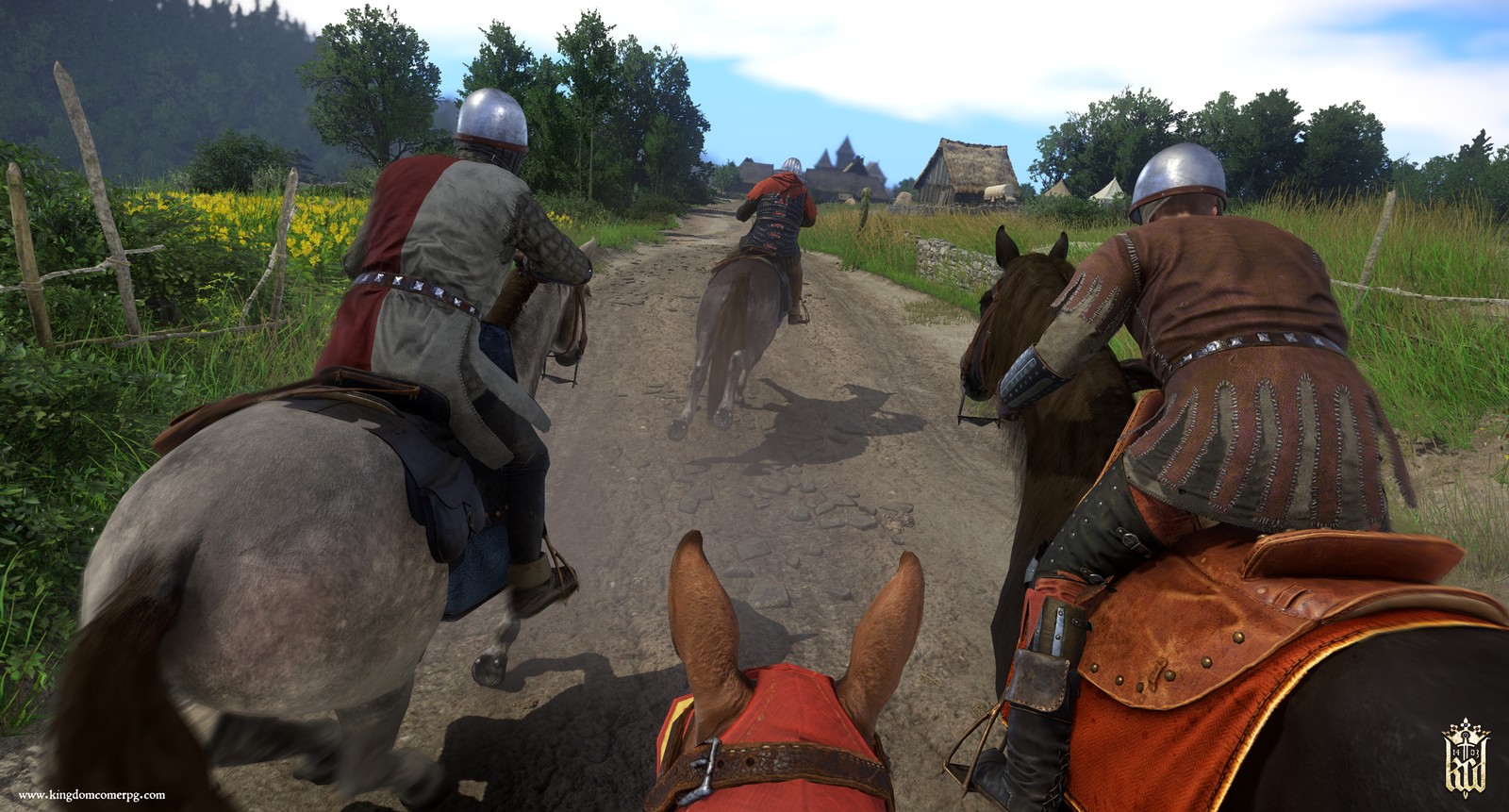 Combat has received a lot of criticism since Kingdom Come’s launch and while it is incredibly difficult, it is also extremely fun. Once you get the hang of combat you can, and often will, become a veritable whirlwind of blades or bludgeons. Archery is more difficult but far more rewarding as you have to take weather and distance into consideration. Bows, in the right hands, are lethal but primarily at medium range; if an enemy closes in you will want to switch to your melee weapon and fast, else you will be battered to a pulp.

Rather than creating a defense-oriented Henry I have been focusing on an agility-based build and though it is challenging I have found that the lighter the armor the faster I can move (and movement equals survival) so I simply run away and shoot them with arrows. It is pretty great and a real depiction of how I would do things in real life. I could probably go as far as saying Kingdom Come: Deliverance is a medieval life simulator and it is great. I just wish you could make camps while you are out poaching; it would save a lot of time and energy.

Speaking of saves, the save mechanic is horrible. Sometimes it will save if you sleep in a bed, or there will be an autosave in the middle of a quest line, but if you want to manually save then you need to have a specific drink on hand to do it. The issue is you are limited to only a few so you need to really retain those and just hope you can find the ingredients to make more, or to have the groschen (money) to buy the wildly expensive drink. Fortunately there will be an update with a new save method, so be sure to keep your eye out. I just hope the same update improves performance on the Xbox One since it is pretty abysmal at times, which is a shame because the game is utterly gorgeous. Each and every time I load I just sit and stare at the stunning vistas, rolling hills, and lusciously dense forests as the sun comes up over the eastern horizon.

Kingdom Come: Deliverance is chalk full of moments that will take your breath away and though it is a bit rough at times, the game really shines in the little things. From the behavior of the non-player characters to the fact that you are truly not a superhero as is found in many roleplaying games. Life was hard in the medieval ages, war was common and really the difficulties of the time are faithfully recreated in Kingdom Come: Deliverance. With a compelling story and some of the best voice work I have heard in years, Kingdom Come: Deliverance could be the best RPG since Witcher 3: The Wild Hunt. All that stands in its way are the performance issues and a handful of bugs. I trust those will be addressed in time, if not Warhorse Studios and Deep Silver are leaving a gem out on the table.