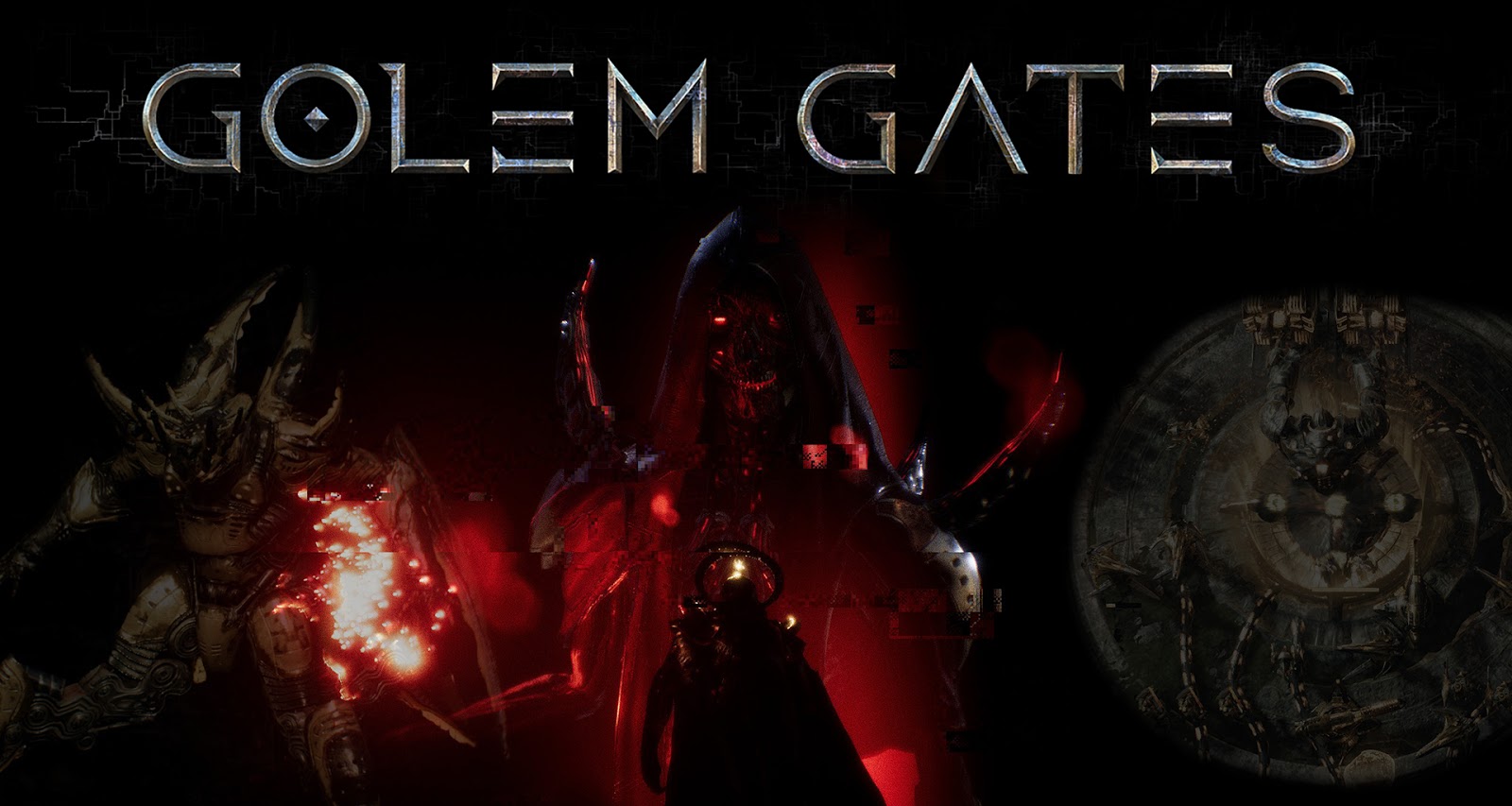 “If I had to sum up Golem Gates in one statement, it would be stop reading this right now and go get it.”

The above statement still stands. Golem Gates, by Laser Guided Games, is one of the best Real Time Strategies that I’ve played in a long time. Taking on the role of the Harbinger in order to restore your planet to what it used to be, you’ll be facing off against others of equal power as you summon units from a deck built from collectible cards. There are no buildings to worry about, there are no drones to collect your resources. There is only you and your mana pool as you send your forces across the maps in order to decimate those that stand in your way.

Not having to worry about building up a base and drones brings a whole new element to the table when it comes to an RTS. Golem Gates while being all about the destruction of your foes, is destruction of your foes based off of two major elements. The first of these is still resource management as you have a mana pool that requires to be augmented if you’re going to summon bigger and badder units faster. The second of these is luck as the other half of its core is that of a Collectible Card Game and your deck gets shuffled. Often.

Requiring a minimum of thirty cards, you’ll be making adjustments to your deck as time goes on. In that deck, you can have whatever you want though it’s fair to say that having units, and lots of them at that, is a good idea. With everything available though there is a balance that is going to need to be struct, unless you’re really good at what you do. The reason for this as the more powerful the unit, the spell or the defensive structure, the more it costs to summon. As your mana pool near the beginning is not the biggest or even remotely fast, you’ll want to start summoning a few smaller units to get the ball rolling and march them towards the first augmentation point before your foes take it over. 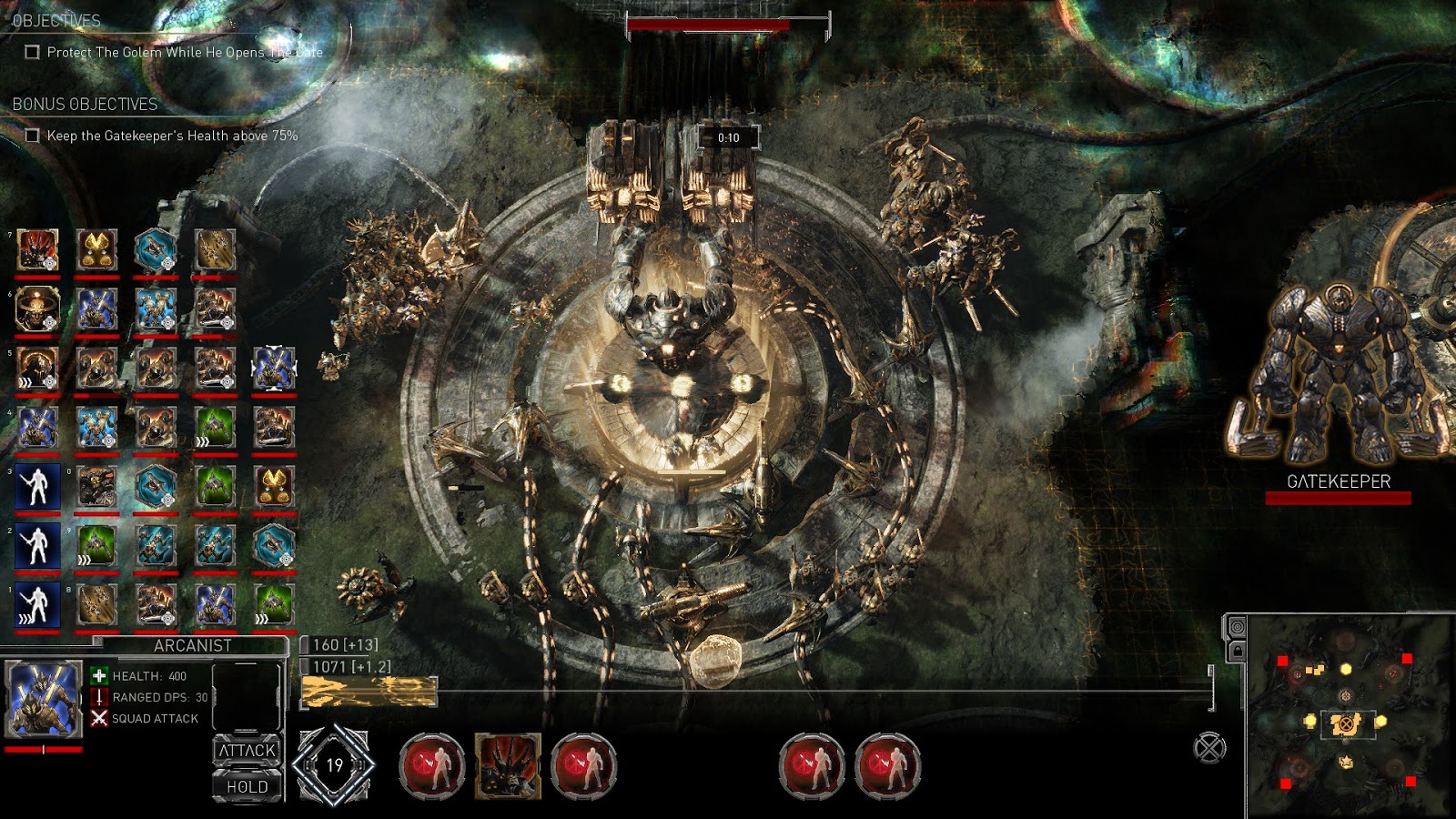 Because there are no based, everything about Golem Gates becomes much more mobile and fluid as you take over and capture points across the map. Some of these are to unlock doors while others are to speed up the generation of the mana that you’ll need to summon out your units. These points will need to be defended so making sure that units are never really far is one way, but another is to leave a turret or two and if “shit really hits the fan” summon in several units to lay a smackdown or throw some potent spells your enemy’s way.

This was perhaps one of the greatest features. Your Harbinger can summon units to anywhere that you can see on the map. Your forces are having a hard time? Drop in a large defensive type to take the brunt of the damage? Need to add that extra little push? Add in some minor attack troops or unleash hell with a unique special unit that can only exist as on instance on the field. The choice is yours but you have to see the location in order to summon to it.

That last statement was probably the biggest adjustment to it all. The fog of war in Golem Gates is very heavy and you never really see far requiring units like scout hounds almost necessary to see your enemy coming as you won’t until they are on top of you. It’s part of the strategy. I’ll be honest at first that I thought it may have been part of the Early Access and development but after even just an hour or so it becomes clear that with the other systems in place it makes sense otherwise summoning units or using spells simply becomes broken if you can see that much at any time. 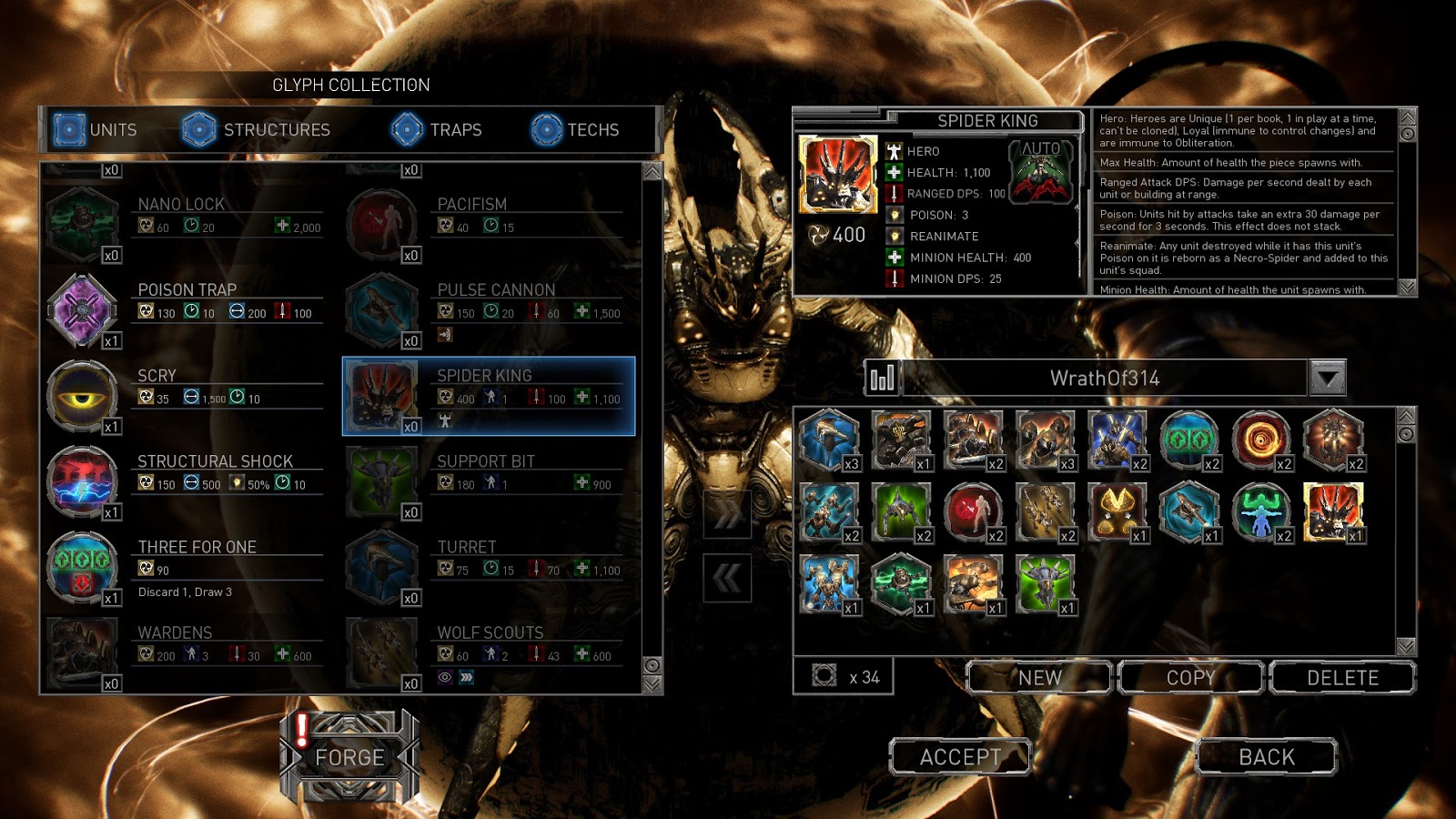 Now that Golem Gates has been fully release there are three chapters each with a series of missions to complete alongside a survival mode and a multiplayer. So really if one of these styles isn’t your thing than one of the others surely will be.

Golem Gates is fantastic. Real Time Strategy mixed together with a Collectible Card Game makes for not only a flexible experience, but a personalized one. Instead of having to choose a race and being stuck with units you like or despise because you wanted the rest of them, you instead have exactly what you want. The catch? You need the mana to summon them! So dust off your capes and get your Harbingers out there!