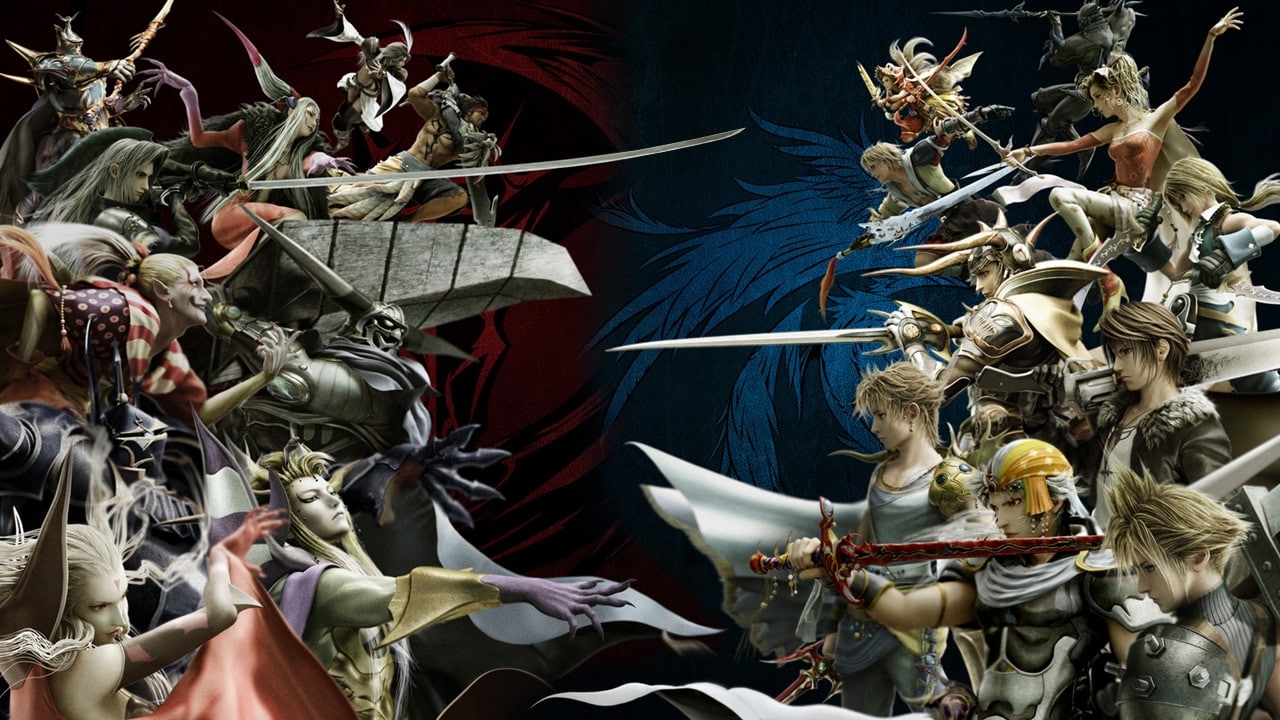 I think of this game as Final Fanta-service.

The initial impression that Dissidia Final Fantasy NT made was a really good one. Beautiful menus with soft, familiar music playing in the background. Moving through the menus caused the sounds longtime fans of the game would associate with a moving menu cursor. The tutorial is thorough, and there is a lot of content to be had, but it always feels manageable. Have your first few fights, and Dissidia Final Fantasy NT drops some quick goodies on you. New treasures, new titles, unlock some story chapters.

During the first few fights, I was struck by how fantastic the visuals were. Not just the character models, but the heavily animated environments too. A dark, lifeless field suddenly grows green, bright and heavily flowered. One arena is a sort of underground passage where the roof rips away near the end in the kind of spectacular scene Square Enix has been so good at crafting during big moments in their RPG titles. 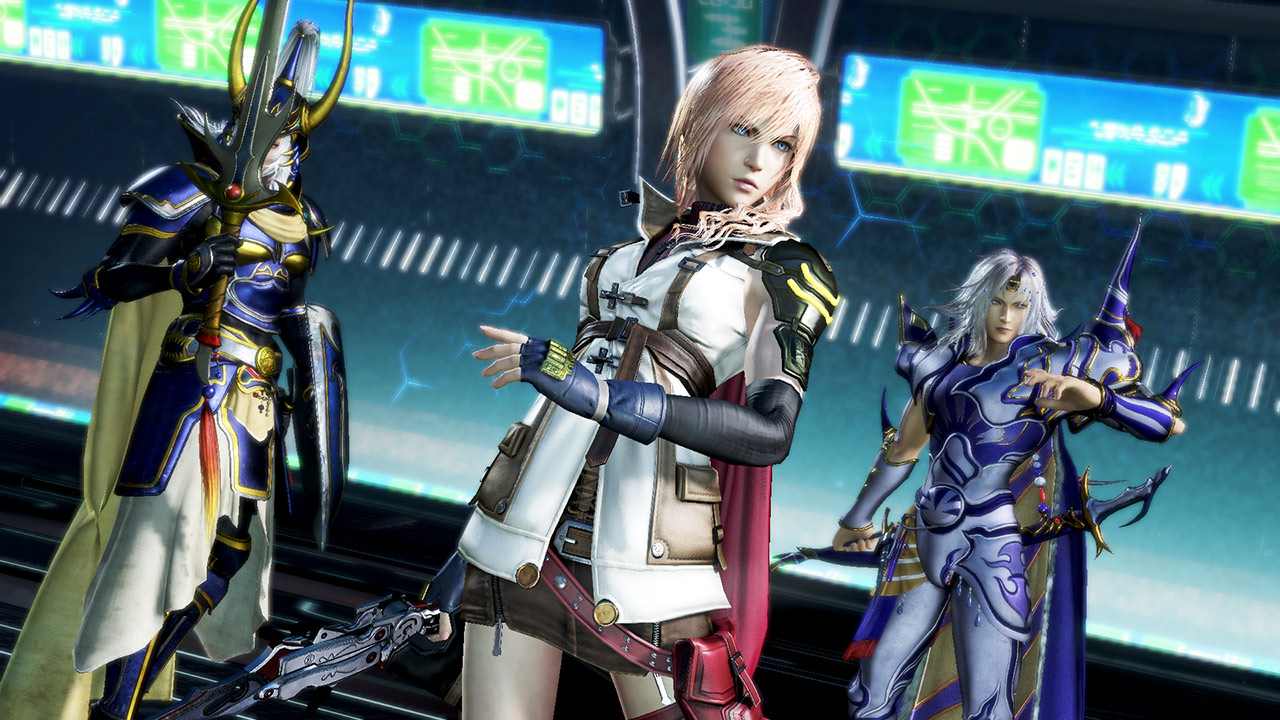 However, as I continued to play, the initial shine of beautiful, fast-paced gameplay began to give way to something else. A lot of grinding, without the kind of steadily dripping story RPGs use to make you forget that you’re doing a lot of the same thing over and over again. You unlock some new skills, but at a slow rate, and really these new skills are not all that much more interesting than the ones you already had. Rewards trickle in slower and slow until the story being told by trading in rewards becomes disjointed due to the uneven pace between matches and rewards.

Now, I did not expect an RPG here. I played Dissidia on the PSP and I absolutely loved it. It was one of those games that seemed like an odd fit at first, but over time it grew on me more and more until I scored it a 9 out of 10. It had flaws to be sure, but there were enough things done right that I could look past them, and enjoy countless hours with the game. Perhaps that is the biggest issue I have with Dissidia Final Fantasy NT – that I was disappointed and expected more. I found myself waiting for that extra gear to kick in – that extra mode, or singular feature or path to progression that helped me get excited and want to invest more time with it.

Except the more time I spent, the more I became ambivalent towards the experience. I have fun with it when I play Dissidia Final Fantasy NT, but it is far from gripping. It has become a quick play game that I spent fifteen minutes with and then move onto something else. That is the exact opposite of how I usually approach Final Fantasy games, sinking in hour after hour and feeling a genuine sense of progression that keeps me coming back for more. 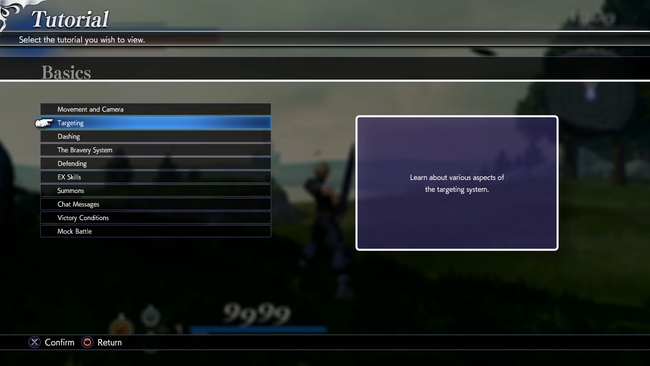 So the combat behind Dissidia Final Fantasy NT is interesting. The idea behind it is two-fold: Bravery and Hit Points. Bravery is sort of a seesaw where you increase your points by hitting opponents with those attacks and decreasing theirs. These attacks are quite varied from marksmen who use ranged spells to melee fighters, but the impact is the same. They tend to be easier to land and once your opponent’s bravery is zero, they are ‘broken’. Then you deliver the big hit point strike. These tend to be slower but devastating. It sort of reminds me of what you see with Smash Bros., where you build up bigger and bigger hits against your opponents.

There is a variant version of this game utilizing cores that has a distinctively ‘capture the flag’ vibe to it. Your objective is to do damage to the enemy team’s core, while protecting your own. If a team member is close to their own core, it cannot be damaged, prompting your opponent to try and knock you out of the space. I tend to like this mode a bit better, though it can be horribly taken advantage of by marksmen characters.

Game play does have a handful of wrinkles thrown in as you can build up powerful Summons attacks. Choosing a particular summon can impact your characters from the get-go, but actually bringing them onto the battlefield can swing a match very quickly as they attack your enemies and grant you a variety of boons. These have a decidedly Final Fantasy flavor to them that stands as one of the marked improvements to this game over the PSP one. However, one other big change – and this calls back to Dissidia Final Fantasy N’s roots – that it was an arcade cabinet. You control a single character amidst a party of three – so kind of like a Marvel vs. Capcom game without the actual character switching. The idea itself is okay, but it somehow feels less intense than the one-on-one style matches of the original Dissidia. Also, it only makes the combat’s biggest issue word – how chaotic the fights can be. Sometimes it is simply hard to tell what is hitting you from where, with camera angles that do a fantastic job of showcasing the gorgeous environments, while creating unwieldy angles and blindside strikes from your enemies. The camera phases through the environments nicely to give you a view of your character, but the locking mechanism and the camera moment can make some matches highly frustrating at times and really makes the learning curve even more difficult. 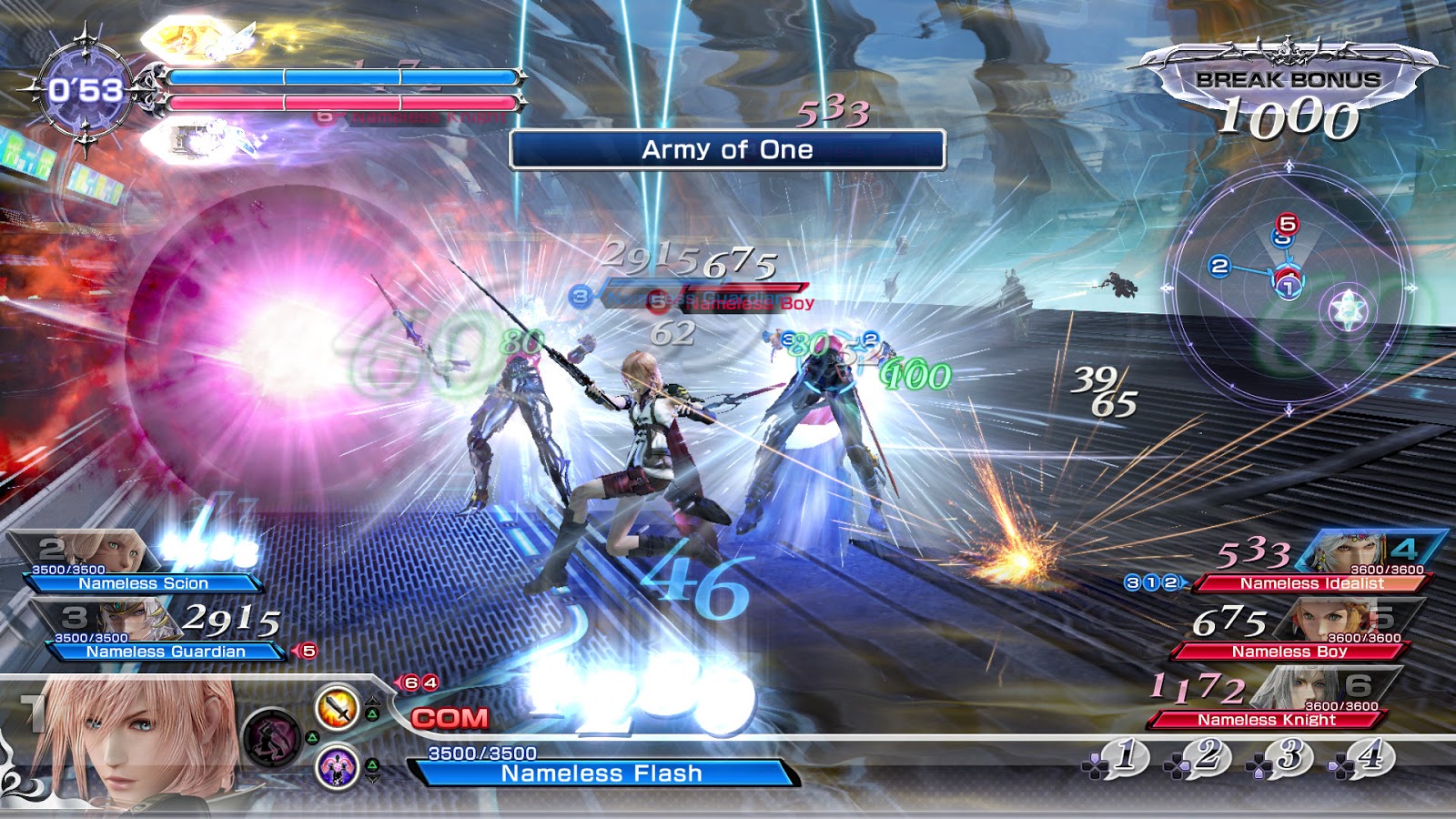 The biggest issue I have however, is that in the end Dissidia Final Fantasy NT just comes across shallow. The combat is nuanced to a point, but without the technical proficiency of a true fighter like Street Fighter. Progression is made up of unlocking cosmetic treasures like new icons for your player card, or earning money to unlock new outfits, but I liked the more RPG-inspired gear from the original Dissidia better. Worse than that there are basically two modes of play, broken up into two types. You can play online or offline, in either standard or core combat. That’s… really about it.

Even the story mode is handled a bit clumsily, as it is completely independent of anything you do in the game. You can unlock new story nodes by grinding out fights, and these nodes play out a scene on a story board (that looks almost like some of the skill / leveling boards found in other Final Fantasy games). You unlock one and it unlocks at least one – if not multiple branching – new nodes. Play enough, earn another unlock. The disconnect between the matches and how the story plays out is just odd. I sunk well over a dozen hours in and had maybe one third of the story nodes unlocked at the time. Early on the chapters came fairly regularly, but two dozen hours in, the pace slows to the most sluggish of drips. It is a shame, because for a Final Fantasy fan, it is pretty cool to see this fan service mashup of characters, all beautifully drawn with excellent voice acting and fantastic music. However, I don’t recall a Final Fantasy story ever being such a chore to unlock and experience.

In the end, Dissidia Final Fantasy NT is fun in short doses. It serves as a good time filler with a beautiful, memorable presentation that its story and mode depth simply cannot match. What began as an exciting experience soon gave way to a repetitive one that lost a good deal of its luster over time. It is good enough that I kept coming back to it, and I hope that with future updates further refinement and modes and depth can be provided, but I am skeptical. Much of what made the original Dissidia a unique but fantastic PSP game is missing in the PlayStation 4 release, and that is really a shame because I had really high hopes for it. 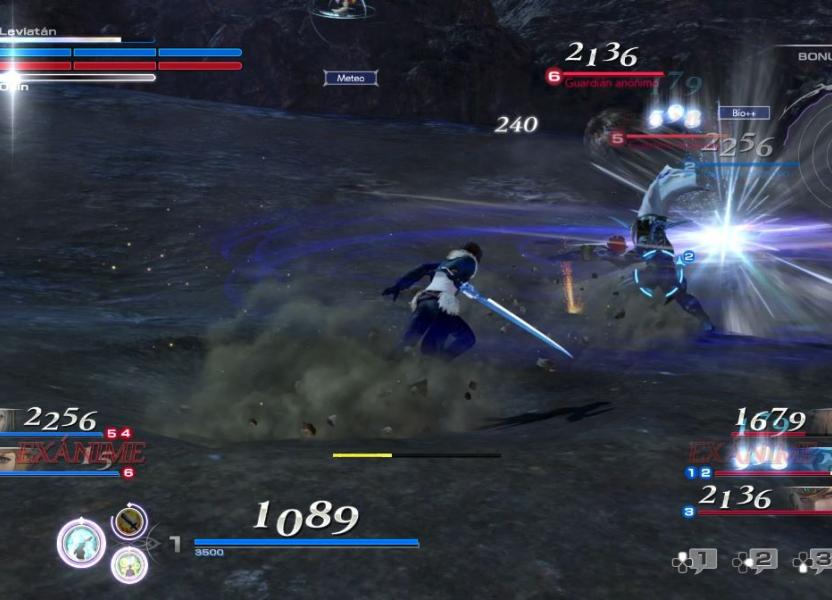 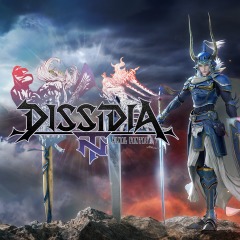 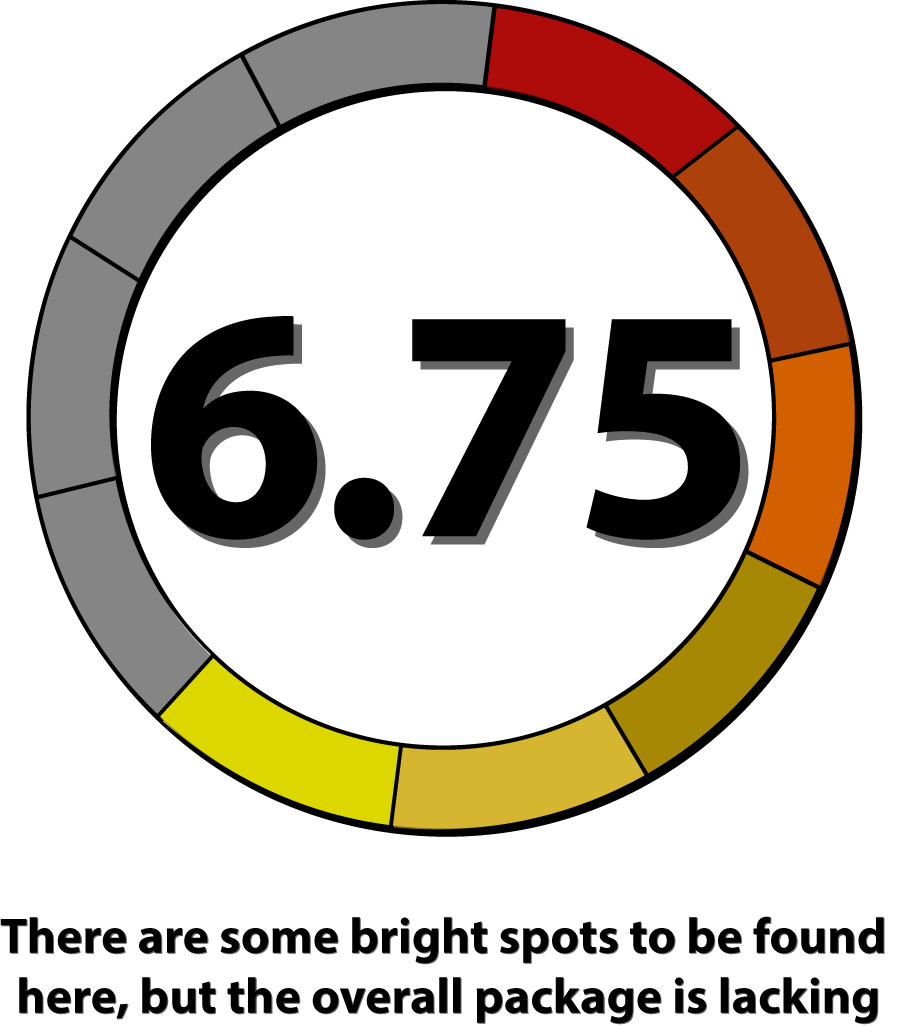