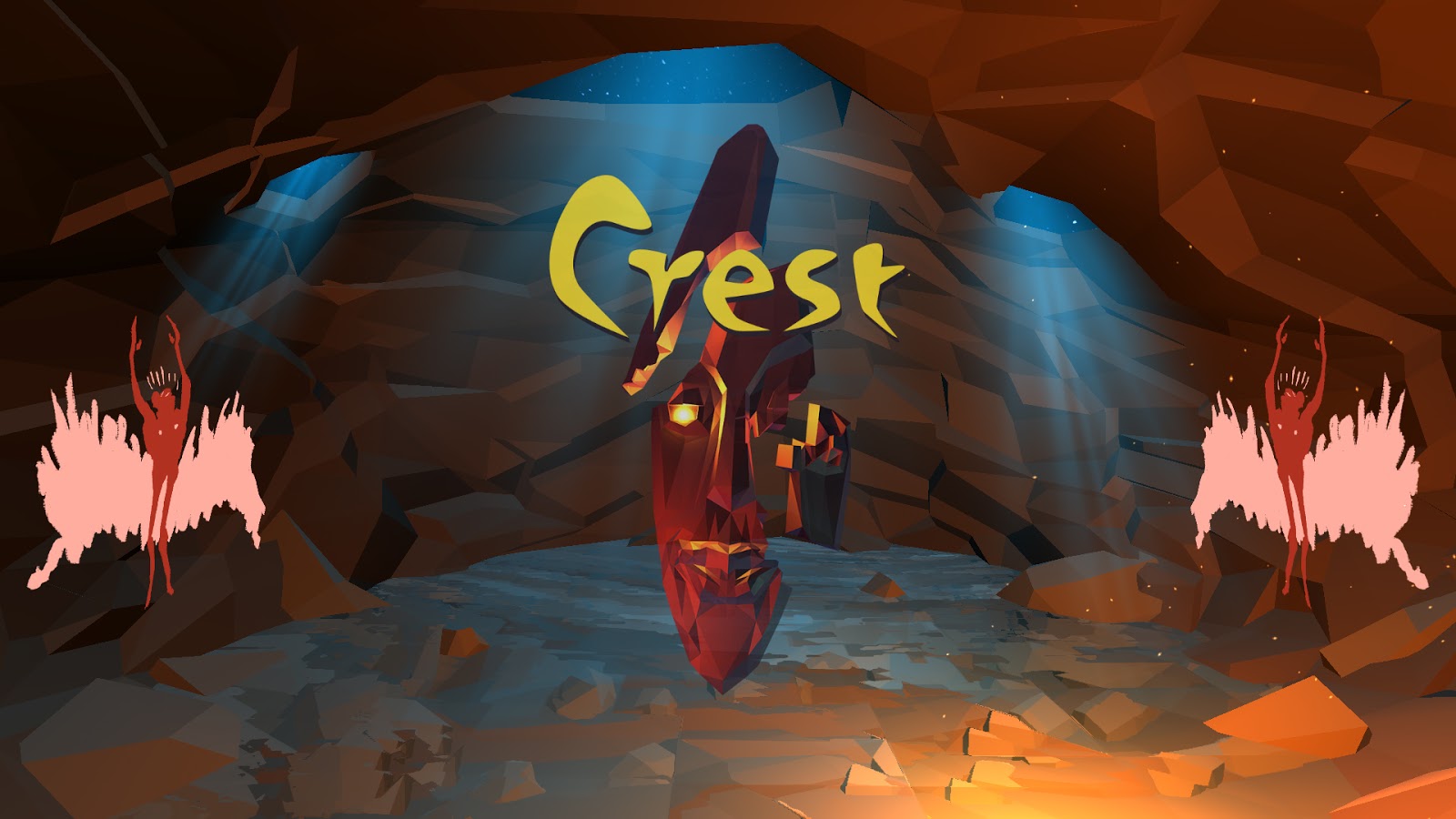 Eat Create Sleep have created an interesting Real Time Simulator with their creation known as Crest. Put into the shoes of an unknown god, and being really nothing more than a disembodied voice, your job is to try to guide groups of peoples across their lives for either better or worse.

After having taken my role as god for a spin late last year, I wasn’t really sure what else could be added to an experience that was already extremely stable and very well built. The premise is simple. Time moves forward whether you like it or not and it’s up to you as to how well you wish to guide your people forward. I say up to you as honestly, with a test, if you just let people do what they want to do they’ll go on for a quite a while, but people being people, you’ll soon have no one left if they are left to their own devices. 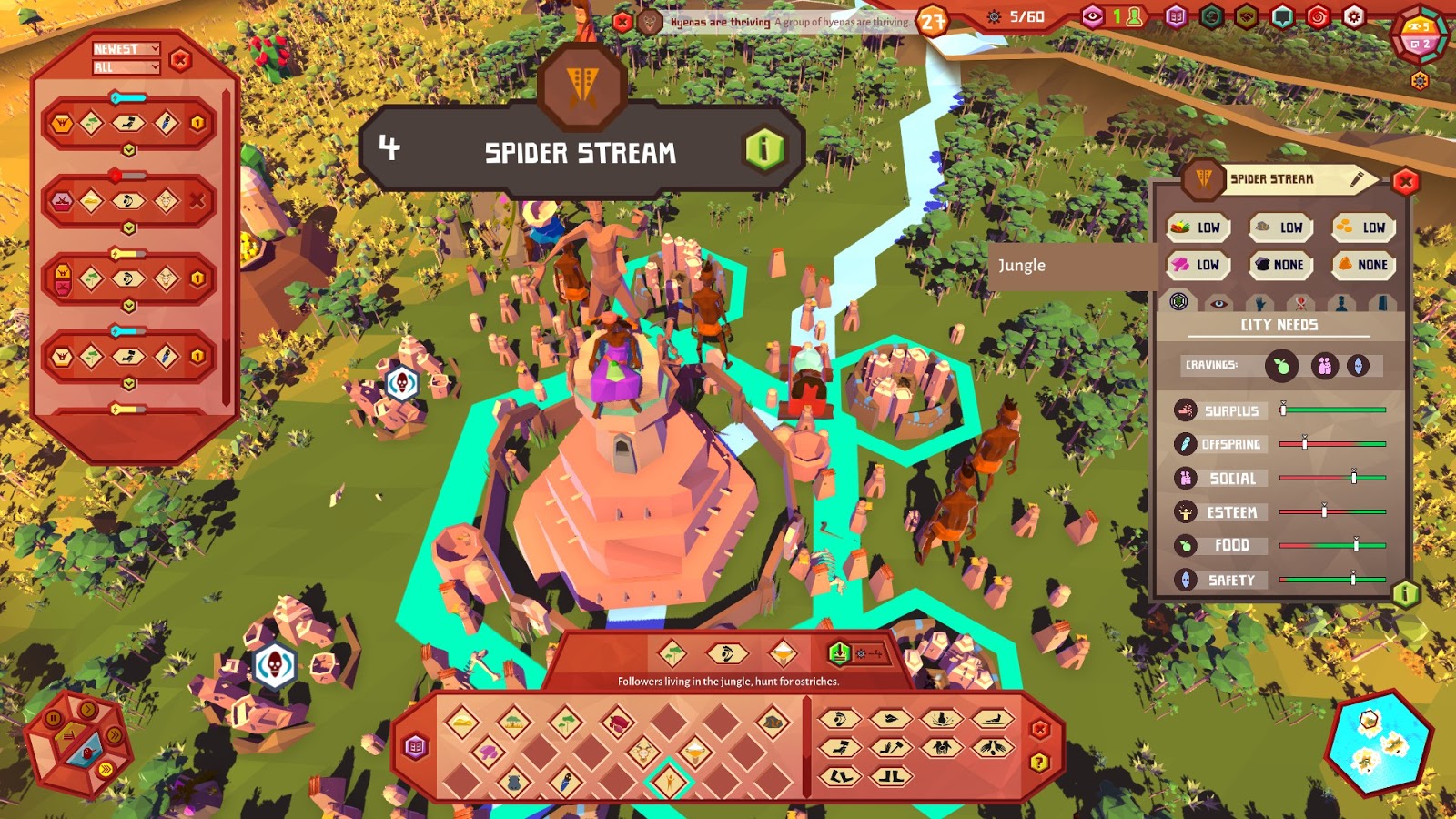 So as a disembodied voice you’ll gain access to runes over time in which you’ll be able to make declarations to those that live below. Eating, producing, collective, feeding, trading among the young, the old and the animals in between. Suggestions, as they are not commands, come in the form of People living in the desert Eat Antelope. Young People Produce Children. Old People living in the desert migrate to the coast. There are a good variety of suggestions but not every suggestion will be well received by those living below.

Now like all spoken words there’s a memory that comes along with it. After a length of time people will forget what was said and possibly go back to what they used to do or if they ignored it in the first place, not care. As a new addition to the experience, and one that I found to be a really good one, is that it is now possible to use the influence of your spoken words in order to keep a suggestion up longer. In essence you could keep certain ones up infinitely as the points required to extend the length are shorter than the points required to initially speak it so even if you keep extending it you’ll be spending less points in the long run. 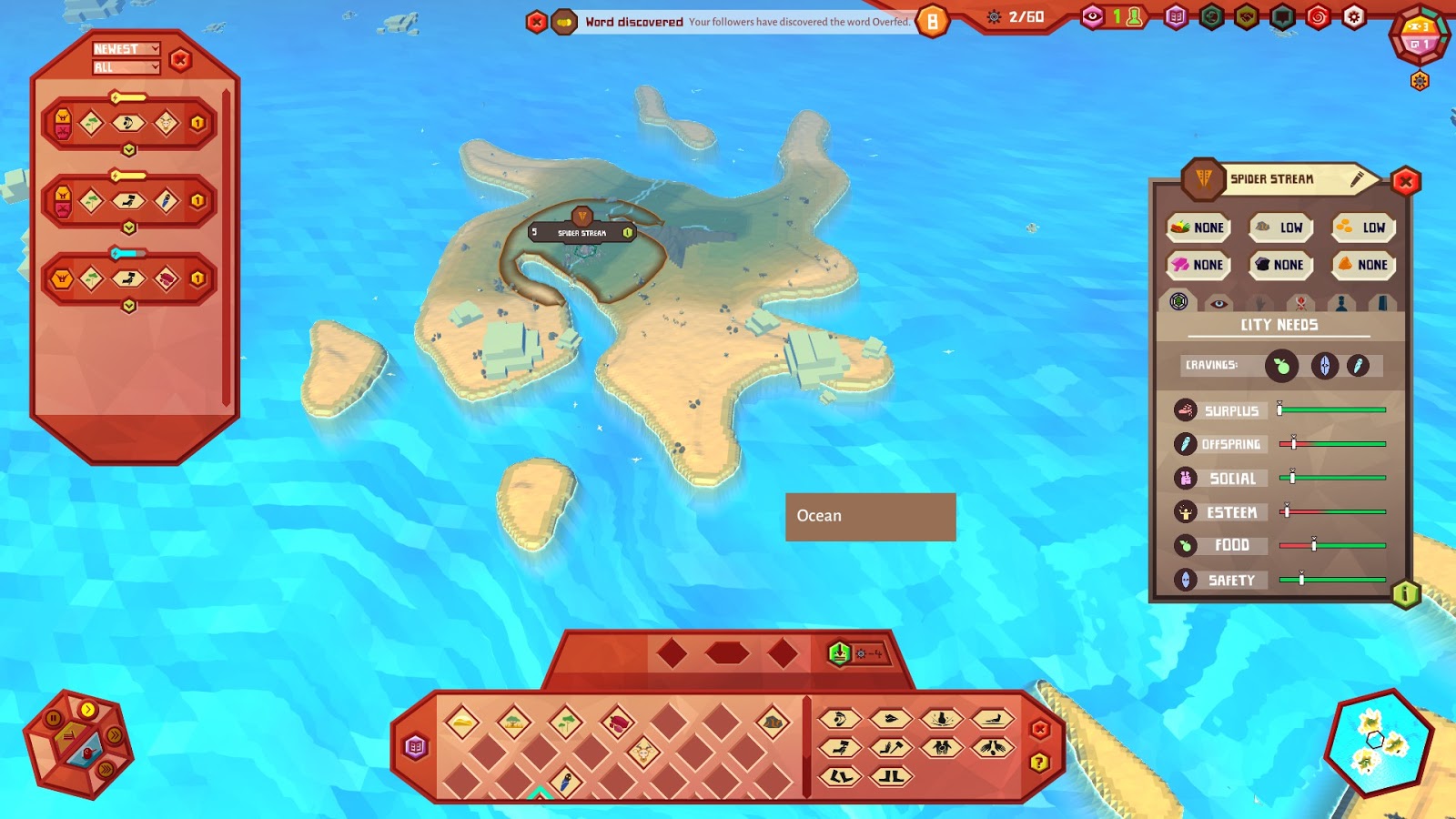 All this said, Crest may not be for everyone and may cater to more of a niche crowd than a wide spread one. I enjoyed my time with it as it’s a different experience to sit back and think about what I should be suggesting instead of poking or prodding those down below into action like a game of Civilizations, Heroes of Might and Magic or StarCraft.

Overall Crest is a fascinating and relaxing experience because of its much more hands off approach. Eat Create Sleep have created something that I know that I will personally remember for some time because of the unique direction that was taken.