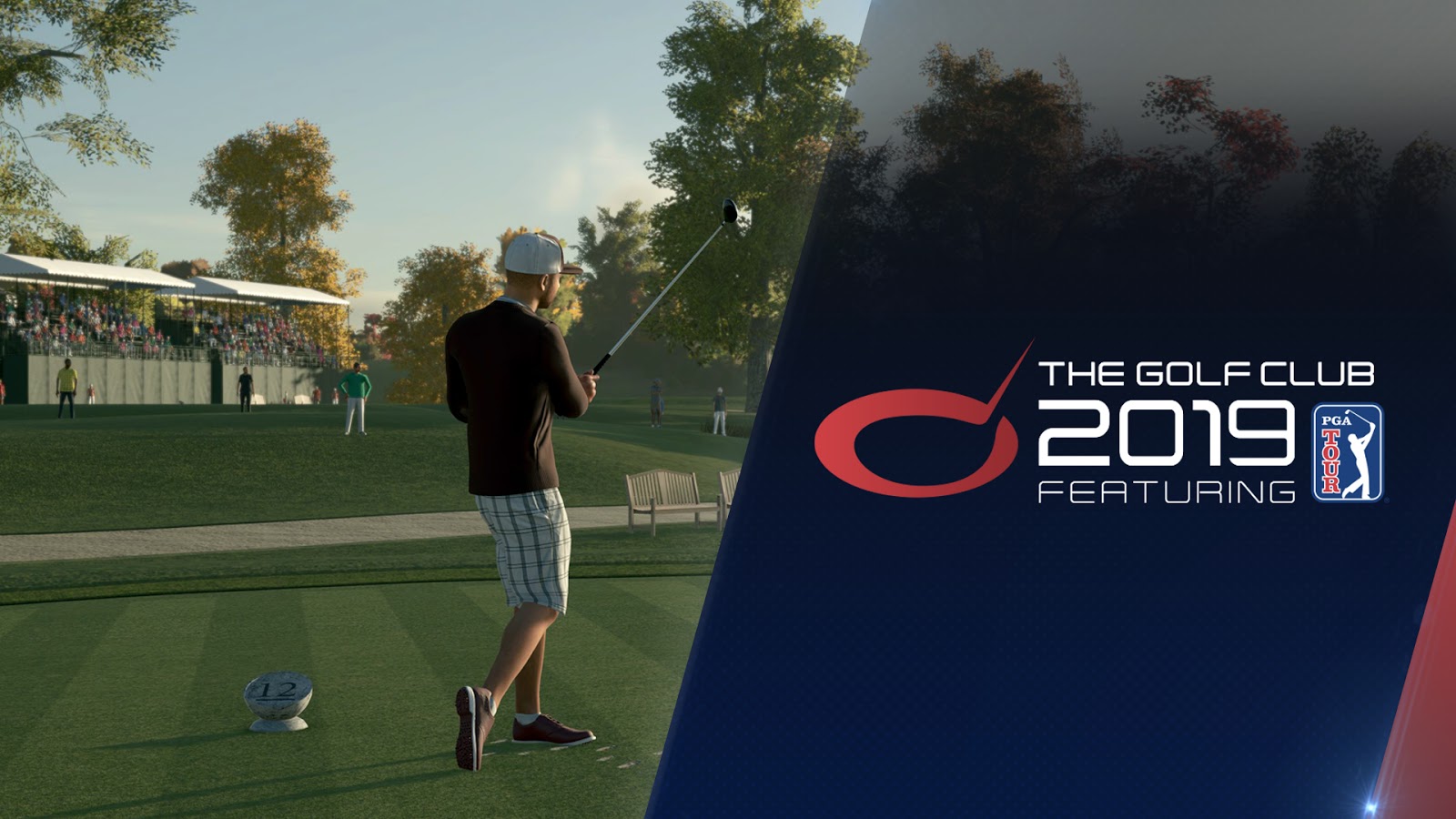 With two prior releases of The Golf Club under their hat (and you can see our reviews for The Golf Club and The Golf Club 2, the development team is looking to add even more realism to their already fantastic simulation series that puts a focus on skill off the tee and creativity in course design.

PONTE VEDRA BEACH, FLORIDA and NOVA SCOTIA, CANADA – The PGA TOUR returns to the video game space in an exciting new way this summer when a comprehensive PGA TOUR Career Mode is integrated into the award-winning “The Golf Club” franchise for Sony PlayStation 4, Microsoft Xbox One and PC platforms.

Through a licensing agreement with Canadian developer HB Studios, the career mode in “The Golf Club 2019” takes a player on an authentic journey through Q-School, the Web.com Tour and a 32-tournament PGA TOUR season, including the FedExCup Playoffs, to become the FedExCup Champion. As players progress and complete challenges, they will attract sponsors who will offer rewards for continued success.

Launching in August, “The Golf Club 2019” will feature six precise replicas of renowned TPC courses: Summerlin, Scottsdale, Sawgrass, Southwind, Deere Run and Boston. The PGA TOUR and HB Studios will continue to support the golf videogame community into the future by adding authentic tournament courses and ensuring the best possible play experience for fans of the sport.

“We are so excited for the launch of The Golf Club 2019 featuring the PGA TOUR that highlights some of our best tournaments,” said Len Brown, PGA TOUR Chief Legal Officer and Executive Vice President of Licensing. “This will allow our fans to take the same path to the PGA TOUR by earning their card through the Web.com Tour.  Additionally, this will give gamers the opportunity to play under the same tournament conditions that our players face week in and week out.  We are thrilled with this partnership.”

CAA Sports Licensing, on behalf of the PGA TOUR, helped broker the relationship with HB Studios.

HB Studios launched the original The Golf Club in 2014 followed by a highly rated sequel in June 2017. HB Studios is Atlantic Canada’s largest independent video game developer, established in 2000. HB Studios has an 18-year heritage of working on the industry’s leading sports games and franchises.

“We are absolutely ecstatic and proud to be an official licensee of the PGA TOUR, one of the most prestigious sports organizations in the world,” said Alan Bunker, CEO of HB Studios. “This further validates that HB Studios has the number one golf video game on console and PC platforms. With the inclusion of PGA TOUR content and the support of this fantastic organization, it will elevate our game even higher and provide our users with an even more authentic video game golfing experience.”

Users will begin their career in the Web.com Tour qualifying tournament, the start of a journey to become a PGA TOUR member. Finishing in the top 75 in this event qualifies for entry into the Web.com Tour. In a streamlined season, users will have multiple ways of advancing to the PGA TOUR to begin their professional career. Finishing in first place in three of the six events will automatically earn a PGA TOUR card for early promotion. Finishing in the top 25 on the money list after the six events will also earn early promotion to the PGA TOUR. Once on the PGA TOUR, users will join the PGA TOUR and compete for the FedExCup over 32 events. Throughout each PGA TOUR season, not only will they compete for the top spot on the leaderboards, they will be working to achieve sponsorship goals for in-game rewards and competing against rivals.

Once on the PGA TOUR, a player’s skills are noticed, leading to a rivalry with another player on TOUR. Over the following events they will compete head-to-head to prove who is the better player, not only on the leaderboard but also statistically. Players will compete for points in Number of Strokes, Front 9 Score, Back 9 Score, Birdies or Better, No Bogey Round, Best Hole and Worst Hole. The first player who reaches 20 points overall wins the rivalry and the bragging rights before moving on to the next challenge.

Founded in 2000 and headquartered in Lunenburg, Nova Scotia, Canada, HB Studios is an electronic entertainment software company that specializes in creating console, mobile, handheld and PC games. To date, HB has shipped 49 titles, selling over 27 million units, and contributed to 20 others. More information about HB Studios and its products can be found on our website, www.hb-studios.com. Join the official game community forum via www.thegolfclub2019.com.

The PGA TOUR co-sanctions more than 130 tournaments on the PGA TOUR, PGA TOUR Champions, Web.com Tour, PGA TOUR Latinoamérica, Mackenzie Tour-PGA TOUR Canada and PGA TOUR Series-China. Members on the PGA TOUR represent the world’s best players, hailing from 25 countries (85 members are from outside the United States). Worldwide, PGA TOUR tournaments are broadcast to more than 1 billion households in 226 countries and territories in 23 languages. Virtually all tournaments are organized as non-profit organizations to maximize charitable giving. In 2017, tournaments across all Tours generated a record of more than $180 million for local and national charitable organizations, bringing the all-time total to $2.65 billion. The PGA TOUR’s web site is PGATOUR.COM, the No. 1 site in golf, and the organization is headquartered in Ponte Vedra Beach, Florida