comments Share
You are reading
In 2019 two rivals will join paws in a quest for peace – Cat Quest II! – News 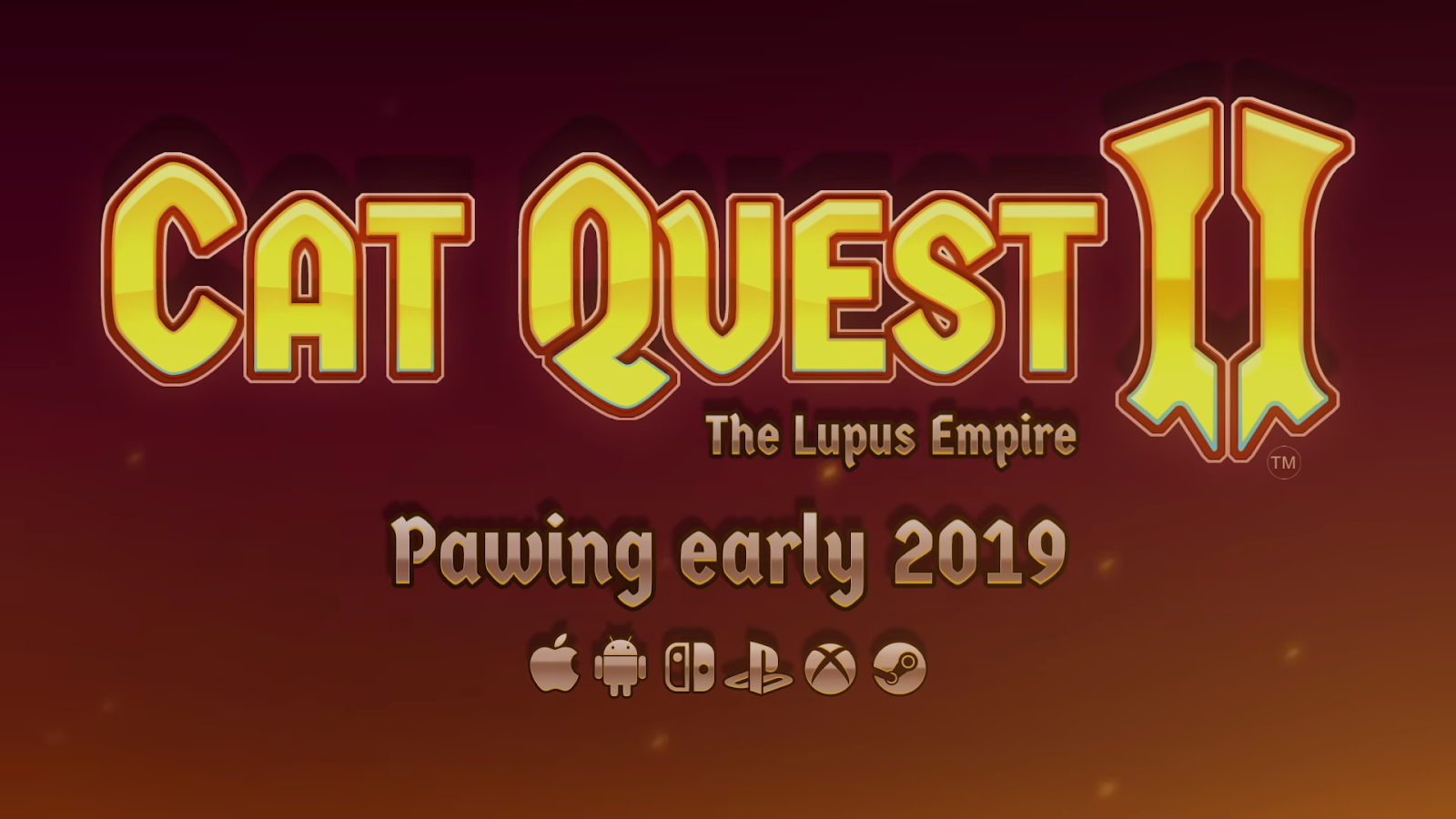 The good news keeps on rolling in today with The Gentlebros and PQube teaming up for the release of Cat Quest II! You can be damned sure that my brother and I will be co-oping this mewtastic adventure together next year!

And yes, I am quite aware of the amount of exclamation marks!

PQube (Bristol, UK) June 28th 2018 – PQube and The Gentlebros are purr-leased to announce that CAT QUEST II:  THE LUPUS EMPIRE will be coming to Nintendo Switch, PlayStation 4, Xbox One and PC/Steam in 2019!

Following the phenomenal success of the acclaimed Cat Quest, developers The Gentlebros, will be continuing the story of the world of Felingard – a fantastical land populated by adorable cats.

Under threat from a continuing war between the Cats of Felingard and the advancing Lupus Empire, CAT QUEST II will tell the tale of two rivals, brought together against their will, on a journey of discovery. Can they put aside their differences and bring peace to their world?

PQube and The Gentlebros look forward to revealing more details for Cat Quest fans in the coming months!

CAT QUEST II: THE LUPUS EMPIRE releases on Consoles and PC in 2019

Check out #CatQuest2 on social media.