comments Share
You are reading
Memorable Music in Gaming #38 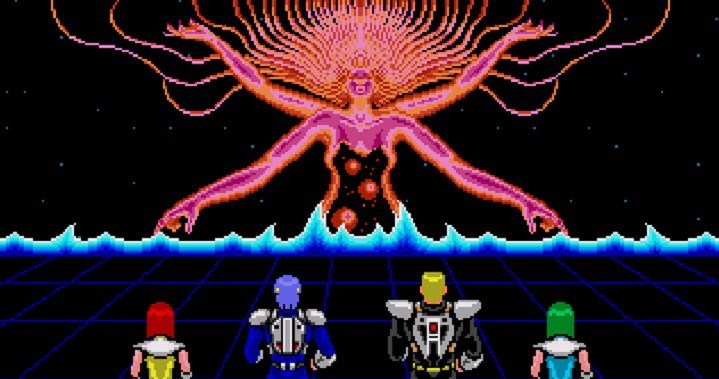 My fourth and final dive into the Sega Genesis Classics soundtracks is going to have a very adventure / RPG flavor to it. Beyond Oasis was probably the one I spent the least amount of time with, where as the other three are traditional JRPGs. Music was very important here, because you listened to some of the tracks a lot. In an action game, you might only be on a stage for a couple of minutes, but here you might be in a dungeon for an hour. If the music sucks, well – too bad because you either have to turn it down or listen to it loop over and over again. There were plenty of hits and misses in these soundtracks, but I had a handful of favorites that really stood out to me during my hours of play.

Probably my least favorite of the games in this list, but Beyond Oasis was still pretty fun. It had some cool environments and this song in particular had a creepy, haunting quality to it that stuck with me throughout.

Shining in the Darkness (Genesis) – The Ancient Temple

I mentioned in my previous Memorable Music articles what a huge fan I was of the Shining Force titles, and Shining in the Darkness was another video game I sunk a ton of time into. Seriously – I had pages of graph paper dedicated to having mapped out the game in its entirety. It was not as enjoyable for me as the Shining Force games, but the mapping process and dedication to beating this game and seeing everything it had to offer became an obsession for me at the time. Admittedly, it could have used a broader soundtrack with more variety, because you could hear the same things over and over again, but The Ancient Temple was probably the most interesting of the songs for me personally as it conveyed a sense of dread and discovery.

I didn’t have an original Sega Master System until years after they were out of production, so my introduction to the Phantasy Star series came with number two when it released for the Sega Genesis. It was an interesting mix of science fiction and fantasy, with unique visuals and a whole lot of grinding. You even had an important character to the story and your party die – well before Final Fantasy VII became famous for doing something similar. The soundtrack is somewhat limited, and similar to Shining in the Darkness, you get a lot of repetition as a result, but Rise or Fall was my favorite of the bunch, so listening to it did not get old for me (unlike some of the other less interesting tunes).

Probably the most heavily panned of the Phantasy Star games, Generations of Doom nonetheless got me with an interesting hook: depending on who you marry at certain parts of the game, you wind up with different offspring to become your new primary characters years later in the branching storyline. Say what you will about some of the game’s mechanics or perhaps the quality of the storyline itself, but that added replay value to an RPG game where the genre was known for providing good stories, but limited replay value. This particular song is an interesting blend of dark and upbeat – perfect for a climactic battle in the 16-bit era


Phantasy Star IV: The End of the Millennium (Genesis) – Ooze

By the time number four in the series released, I had already been hooked on the prior two entries. Grabbing this game day one was a no-brainer and I had been saving up for it for months upon its release. It was every bit as good as advertised, with an interesting story, tons of systems to enjoy and more. The production values were excellent for the time, and there are plentiful songs in the soundtrack worth listening to, but the end boss comes not only with a couple of ‘phases’ – but different songs as well. This is the first half of that battle you hear the song Abyss, which is excellent in its own right, but Ooze was a powerhouse track befitting a climactic battle. It starts off slow, dark, thrumming and ominous before taking on more futuristic, frantic tone that blends those styles in much the same way Phantasy Star blended fantasy and science fiction so well.


And there we have it – twenty of my favorite songs from hundreds that I spent countless hours listening to on my Sega Genesis so many years ago. Certainly visuals and music have come a long ways in the generations since, but there is something undeniably awesome about listening to classic gaming music and remembering what it was about the hobby that hooked us in the first place.