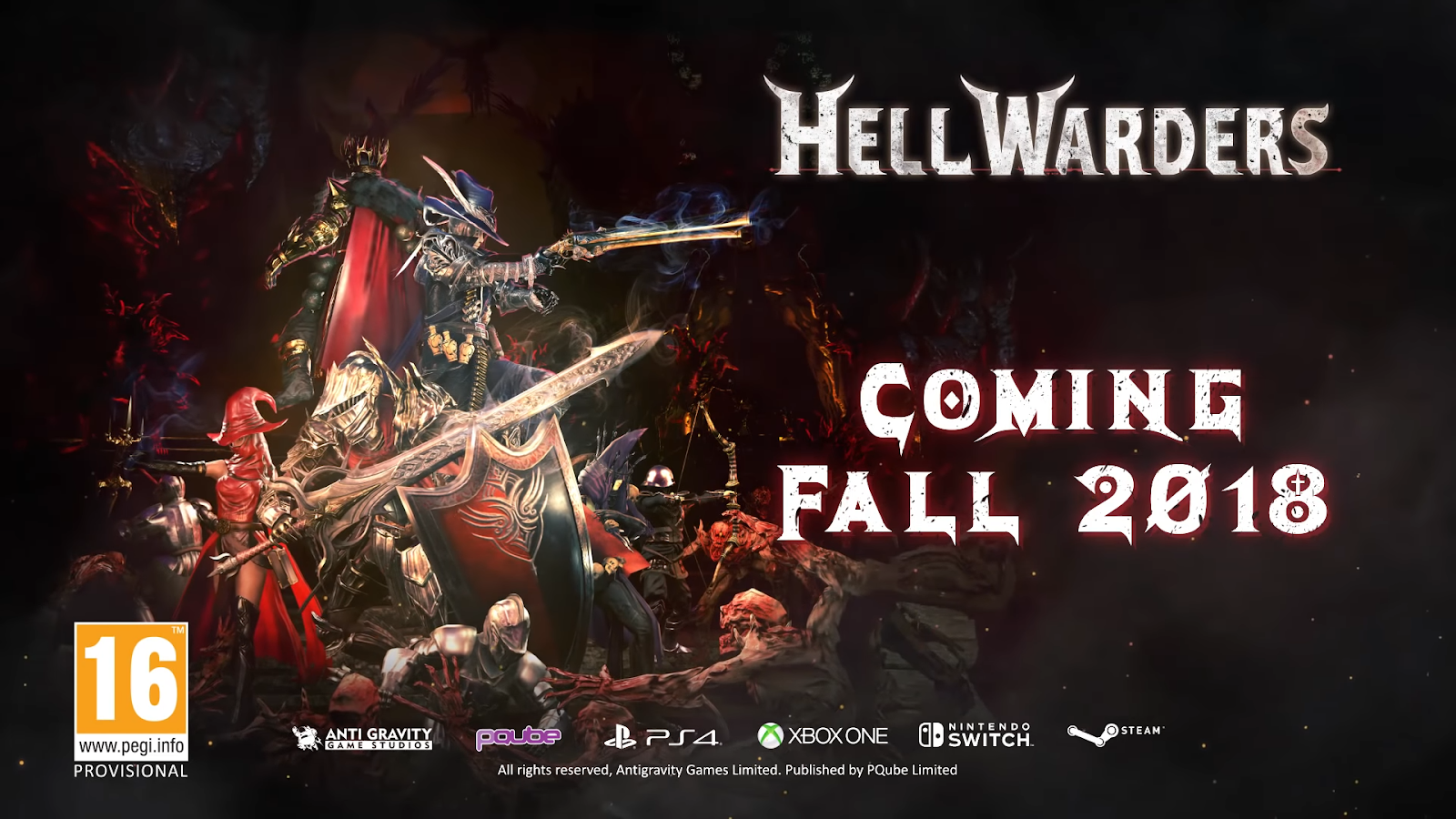 Hell Warders is a game after my own heart. Tower Defense? Third Person Action? Put them together and I’m more than happy. Coming out this fall, Hell Warders puts these two together for both solo and coop action both online and within the comforts of your own living room!

Hell is at our gates! Join the ancient order of Hell Warders and defend the light on PlayStation 4, Xbox One, Nintendo Switch and PC this fall

Hell is at our gates! Rise up as one of the mighty Hell Warders, an ancient order of heroes with unique powers and abilities, to resist the demon hordes head-on. Push back wave after wave of Hell-spawn with an arsenal of weapons, rip apart their fearsome commanders with powerful hero skills, and deploy your army of knights, archers, and mages to bring the fight back to Hell!

Fortify your defenses
Set up archers, knights, mages and catapults – choose their position, upgrade their abilities and create the strongest resistance possible.

Join forces online and locally
Combine forces with up to four players and battle the legions of evil! Hell Warders supports co-operative play with friends and online matchmaking.

Choose from three class-based heroes and enhance them
Choose from three diverse heroes – each with their own unique weapons, skills and abilities. Completing stages rewards you with beacons which upgrades your skills and unlocks powerful artifacts allowing you to stand toe to toe with even the toughest of demons.

Challenge Epic Encounters
Battle demonic monsters, from the small and numerous to the epic and towering. Every resident of Hell is out to stop you!

Hell Warders is ready to defend the Nexus worldwide on PlayStation 4, Xbox One, Nintendo Switch and PC this fall
Check out #HellWarders on social media