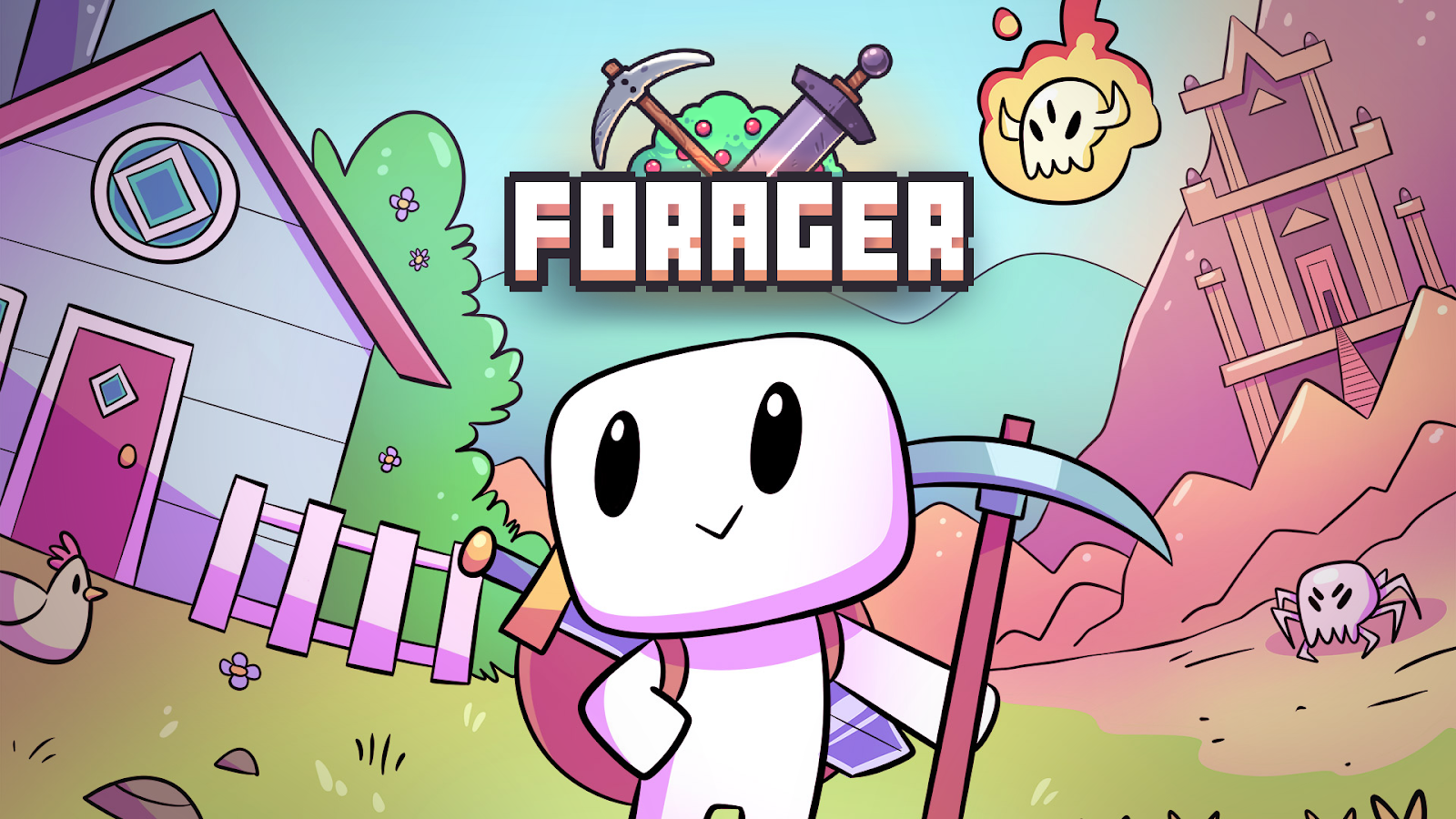 This preview is for the Alpha 6 release of Forager. There are many aspects of this preview that are likely already addressed or mitigated by later releases of the game.

Mariano Cavallero is the one-man band that comprises HopFrog, the developer of a cheery little title that is silently taking the internet by force while most of us don’t even notice it, save for the lucky few that have discovered this gem. Much like a hole-in-the-wall diner that makes the best food in town, this Argentinian title originally came into this world as the result of a GameMaker Studio 2 BetaJam over on Yoyogames (In which he took home the Silver medal for, with over 50 entries!). It’s a little bit Harvest Moon, a little bit Zelda, a dash of Minecraft, and a hell of a lot of adorable sprites added in.

You begin the game armed with a pickaxe, hammer, three hearts and from there, the direction you take is pretty much up to you. Bushes will create berries, which you can harvest with your pickaxe for sustenance in the short-term, while other resources are made available with constant spawns of wood in the form of trees and ores from lodes of stone, coal, iron, or gold. Enough stone can make a furnace, while stone and wood makes a workbench. You smack down more trees with that pickaxe, take the wood to the furnace and char it to get more coal (if you’re short) and use the coal to smelt ingots from your ores. Ores can be used to make numerous other things, or, in the case of gold, minted into cold hard cash. 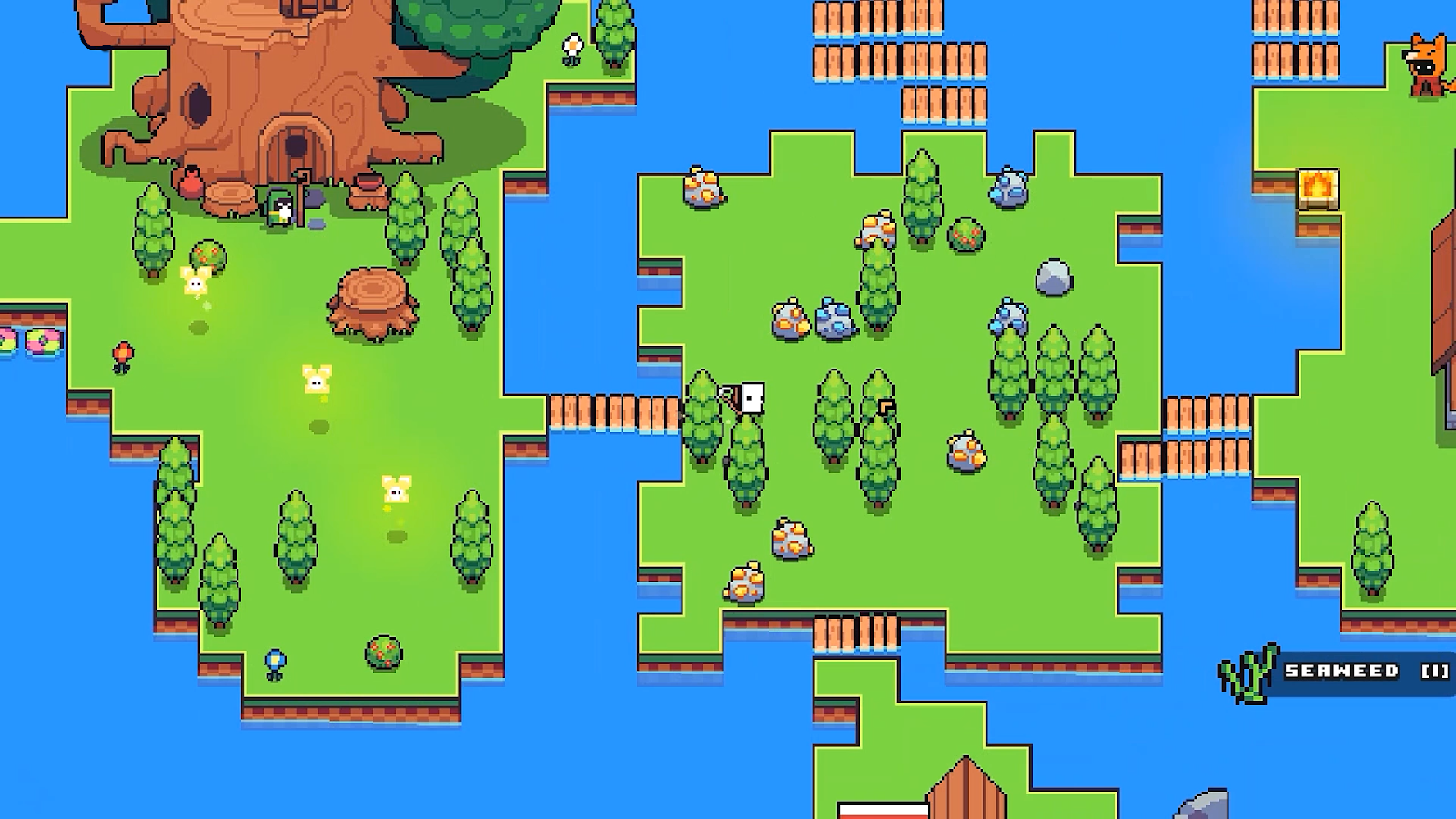 With enough money, you can buy a new island, which is just a procedurally generated section that is added onto the edge of your current island. It’s usually connected by a land-bridge, but not always… and some are little more than a dinky 2×2 square with a massive treasure chest on it. You don’t gain skill experience to get better at doing your tasks, but you can upgrade your pickaxe, to make it take less swings to accomplish your goals.

On top of this, almost everything you do that is productive earns you some experience towards your next level (the rather impossible to miss bar across the top of the screen) which will allow you to unlock a new perk in your equipment menu. Perks range and vary in usefulness, and a number of them aren’t really implemented in any meaningful way, but through these perks you can make forges create 7 coins per gold bar instead of 5, or to automatically transport the product of your crafting stations to your inventory, even down to a game-changing perk that effectively ends your need to search for coal as every lode can drop additional coal while you mine it.

Occasionally, you will find a pretty looking gemstone, but aside from a pair of puzzles with them (in which you drop a specific sort of gemstone on a tile), there isn’t a whole lot to do with these. I chuck them into the ocean in a specific spot until I buy an island that would be suitable for a marketplace. Once you have a marketplace, you can just throw your numerous gemstones at it for a veritable explosion of money, and your coin-minting days are officially finished! Buying new islands to fill out the 7×7 grid is a constantly scaling goal, as each chunk increases in cost as you purchase more of them (Supply and demand!), but with a steady supply of lodes spawning, you’ll find yourself trekking to the marketplace to drop off a dozen gems at a time just so that you can reclaim a tiny bit of inventory space. 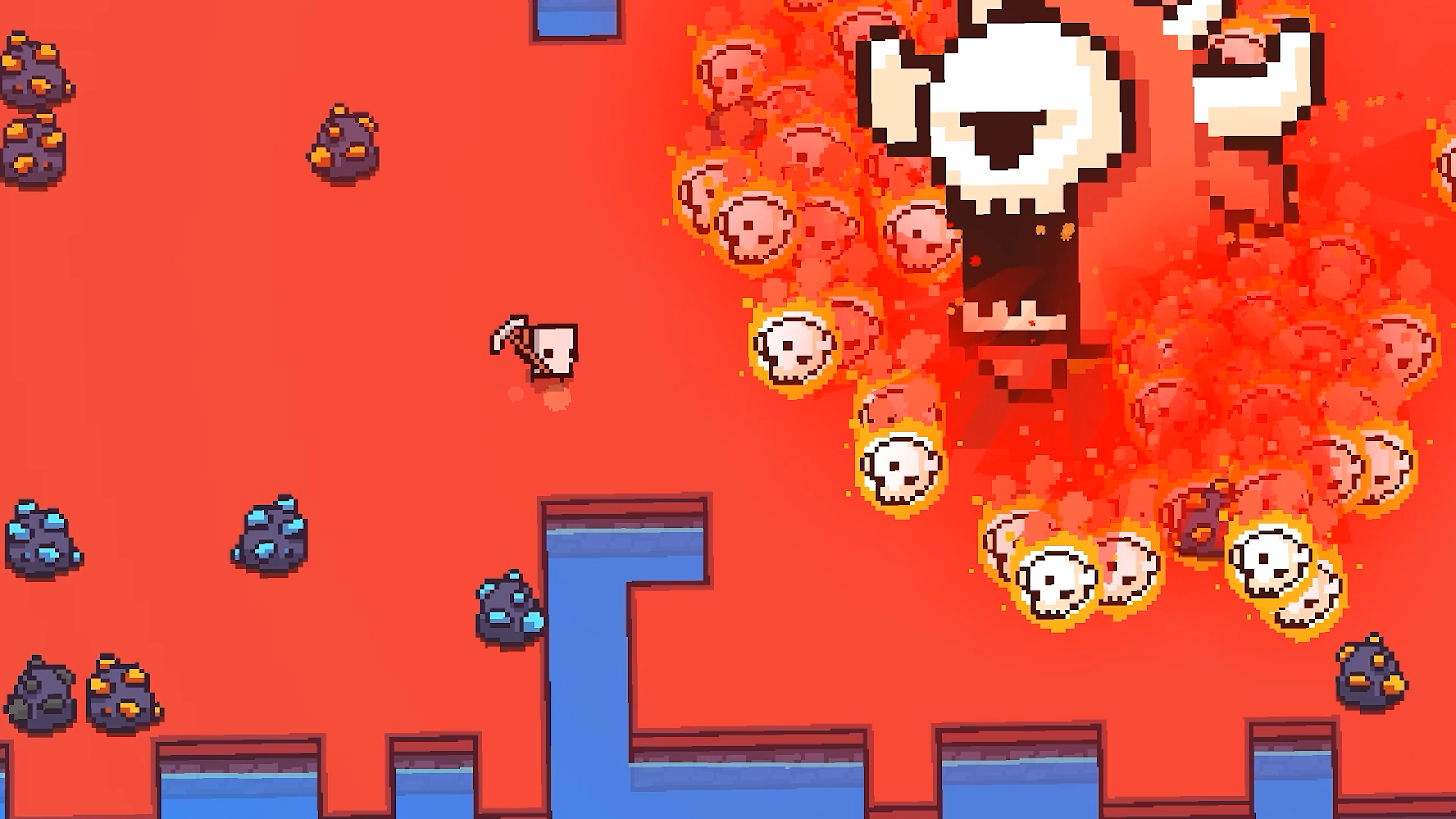 Collecting loot is as simple as mousing your cursor over it, and similarly, you can throw your currently selected item to the cursor at any time, to help alleviate the inventory issues, but if you don’t do this, you will be harassed and driven insane one ‘bloop’ at a time as your loot is constantly and repeatedly picked up and then dropped (because of a full inventory), only to be picked back up again a half-second later. There’s no way to turn the autopickup off, so you are heavily incentivized to sell often.

Other than that, the game is fairly obviously still in alpha. There’s nothing to kill you other than hunger (keep catching fish, cooking bread, or murdering livestock), and there’s no real endgame once you’ve bought all of your islands… but it is a GREAT way to burn a couple of evenings after work.

You can find out more about HopFrog over on hopfrogsa.net, or go directly to his Patreon to help him finish this great work by adding features like multiplayer down the line! Forager is due out this fall on GOG and Steam, PS4, Switch.