X3: Albion Prelude is a massive space sandbox title that falls takes place in EgoSoft’s massive X franchise. Positioned between the “old” X universe (the original title) and the “new” X universe (later releases), X3: Albion Prelude bridges the gap and shows a galaxy in turmoil. Consisting of various campaigns surrounding a war between both familiar and new corporations, Albion Prelude is about finding your place in the power struggle that has gripped the universe. Pilot an exploratory ship or command a fleet of fighters or trade freighters as you raid fleets or control the stock market. X3: Albion Prelude is about finding your place … and its place is in your gaming library. Prepare to sink hundreds of hours into your galactic empire.

I have nearly 700 hours sunk into X3: Albion Prelude so I certainly enjoy it. When you first load in you see a title screen that reminds me of Episode 04 of Cowboy Bebop (“Gateway Shuffle”) and that very feeling is what hooked me from the very start. Firing up a new game will give you a list of starting points ranging from a Terran Commander, who starts as a member of the Terran faction, and is a powerful spacecraft loaded for war, or as a Bankrupt Assassin who literally starts with nothing but a small (and weak) ship, with no credits whatsoever.

Out of almost 20 starting scenarios, I tend to start off as either the Argon Patriot who pilots a sleek Elite (M4 class of spacecraft), about 2,000 credits, and is relatively neutral throughout most factions in the game though tends towards Argon interests, or as the Argon Peacekeeper, who is in command of a Nova Prototype (M3 class of ship, more on classes later) and is an Argon military sympathizer with a respectable 30,000 credits to his name. Both of those starting scenarios give quick access to the Commonwealth Main Plot, which is a fantastic campaign covering the war between the Argon and Terran factions. It is a solid campaign with some great moments. 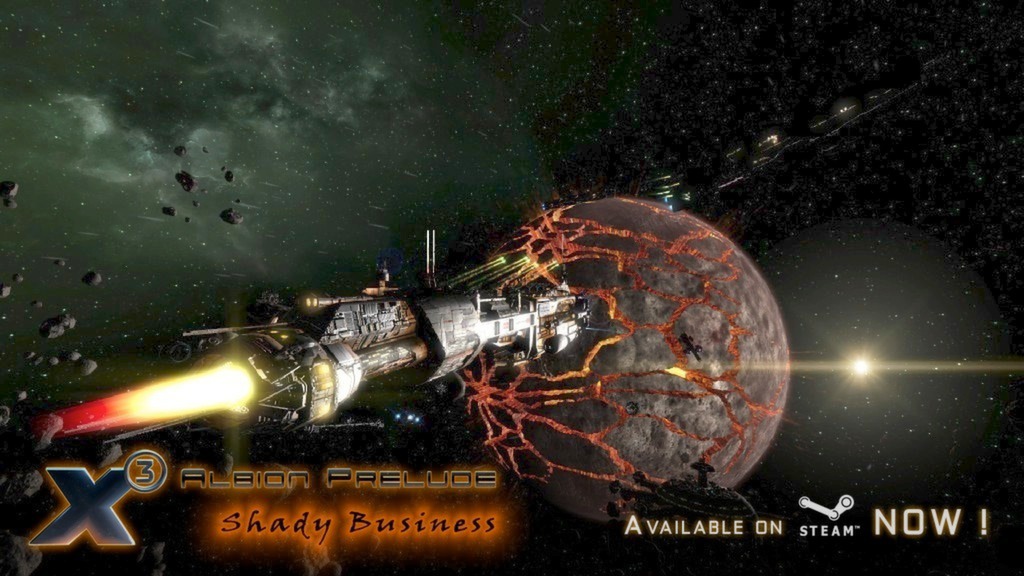 Anyhow, the choice is yours for the taking, just remember, reputation is everything. If your rep is too low for an area, then you will not be able to accept quests or make purchases at stations. You can build rep various ways, from trading to hunting opposing factions after purchasing a license from the faction you wish to represent. As your rep grows, so too will the opportunity to purchase new crafts, and that is where the fun lies. There are 19 different ship classes, and the primary races all have their own unique craft for each class. The M1 class is the Carrier class, capable of pulling into a system and launching massive fighter swarms.

Others, like the M2+ and M2 Heavy Destroyer and Destroy respectively, are built for taking abuse while dishing out unfair amounts of destruction. Seeing one of these warp in-system is terrifying, especially if you are like me and love the M3/M3+ fighter/heavy fighter crafts, or M4/M4+ interceptor/heavy interceptor classes. These vehicles are built for offensive combat in a small, maneuverable craft … that would, even at the best of times, be pounded into dust by an M2. M5’s are the scouts, fast, lightweight and offensively garbage. M6 corvettes are a general favorite as they can take a beating but are jam-packed full of turrets. M7 frigates are the veritable tanks, designed to take a punishment while support craft do the primary damage. M7 itself has two other categories, M7C, which is the Drone Carrier designation, is the little sister to the M1, but on a smaller scale and works with drones rather than fighters, and the M7M which are a sight to behold as they are Missile Frigates. Sleek and slightly faster than the other M7 designations, they are not as heavily armored and they have considerable upkeep on account of the fact you need to pay for the missiles (all the more reason to build stations that can then supply your M7M fleet with missiles at a significantly lower cost). 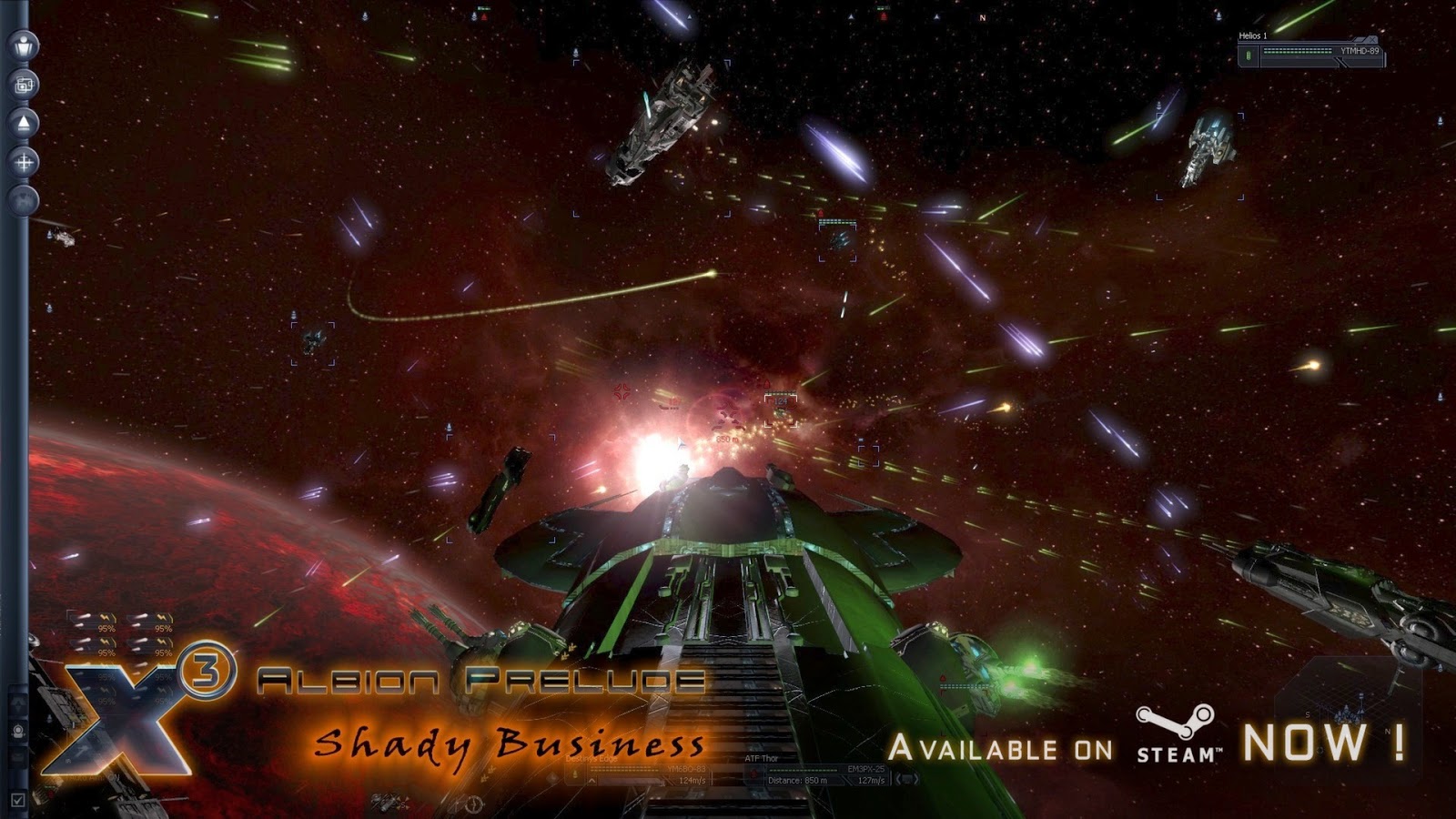 But man, when these bad lads come ripping into normal space, they unleash hell. Watching rockets streak through space is glorious … and it is even more stunning when some fancy M2+ is turned to slag under the barrage. I could sing the US National Anthem every time one of these things pulls into a fight. The M8 bombers are literally glass cannons and are designed to take out the M6, M7, M2, and M1 class of ships (and their variants) as they are lightly armored and have little point defense options, but they come with torpedo tubes and holy moly they are destructive. A single salvo can lay waste to ships far, far larger. They just need to make it to the fight.

The last five designations, TL, TM, TP, TS, and TS+ are all transport ships, ranging from small to large, each designed to haul your cargo from point to point. I myself am partial to packing a few TS+ Heavy Small Transports, two or three Military Transports (lightly armed ships that can carry fighters for defensive purposes) and some M4 interceptors into a Wing then sending them off to make me some money and that is where the simulation aspect comes into play. Sure dogfighting and broadsiding is awesome, but the fact that you can upload and tweak AI pilots for every ship? That is GREAT.

I often found myself taking control of a wing of ten to twelve M4+ Heavy Interceptors, then having that Wing protect set to patrol contested sectors. That wing is not all that impressive, so I would complement it with a large Wing of M3’s that are set to protect my particular ship, half of which would be set to missile defense maneuvers where they would stay close to the craft I was piloting intercept any incoming missiles. I would then set a mixed M6 and M7 wing to patrolling the same sector in case any larger craft want to come play (and that can often happen in contested areas). 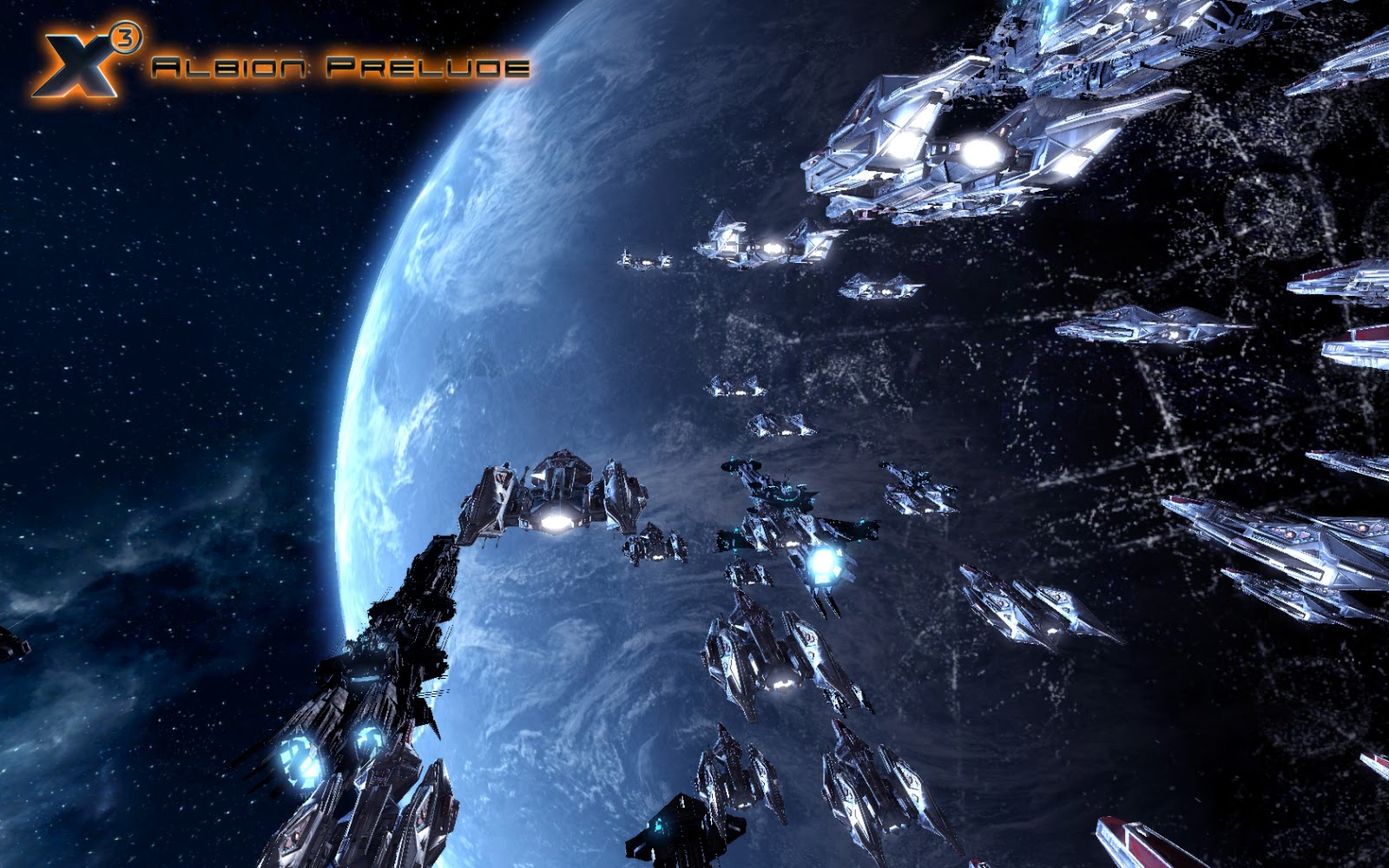 While all of this is happening my transport teams are out moving goods between my various stations that I built, thus allowing me to maintain a supply route between the front lines and my production fields… All with a few upgraded AI options that are purchasable in-game. Toss a few M5 scouts out there to whip through at lightning speeds and scan sectors or quickly (and I mean *quickly*) transport missiles from the supply lines to my frigates and corvettes. Sound like fun yet? Because it is.

X3: Albion Prelude in its vanilla form is utterly fantastic, but the 7 year old game is far from dead. With X4 on the horizon, revisiting Albion Prelude has been a time sink, especially with the various mods that you can get for it (seriously, the Star Wars mod is absolutely epic). Regularly on sale on Steam, X3: Albion Prelude is a gorgeous and incredibly complex sandbox space simulator. While it can be imposing with its high learning curve, warping into normal space via your jump engines or a Gateway with your fleet at your back has never felt better …