You are reading
Is the Reliance on CGI Hurting Cinema?

Is the computer-generated imagery or popularly known as CGI a good thing for the cinema world or its the other way around? People may have a contradicting view on this.

With this, filmmakers were able to add great effects on their films which are impossible using practical effects. However, if it is poorly developed it could affect audience immersion and turn the movie into a laughing matter.

We have witnessed lots of breathtaking CGI for the past years, and it has greatly affected the outcome of every movie. Because of this, the directors have made a firm stance against computer generated elements in making films. They want to revive the dying art of practical effects. For them, a heavy reliance on CGI, if done carelessly could create a movie that is absolutely unwatchable.

The Good Effects of CGI in the Film Industry

Not all filmmakers rely on CGI. Some feel that relying on computer-generated imagery can only destroy their film. However, other filmmakers think that if CGI applied properly it will help a lot in creating a realistic movie. Here some reasons why CGI should not be banned:

For some film makers, CGI is the reason why their movies bagged the highest recognition in the movie industry. An example of this is the trilogy “Lord of the Rings.” With the help of CGI, Jackson was able to achieve his vision completely. How Middle-earth should look like was shown clearly in the film.

It was also thru CGI, Jackson created Mordor, Rivendell and the famous Gollum. The said movie also managed to bring home lots of Academy Awards because Jackson was able to achieve his vision completely and featured impressive movie special effects, thanks to CGI.

If in the past, faking the background has several lapses like Jackie Chan’s Rumble in the Bronx movie. This is already resolved in the age of CGI. Even a simple movie that do not require digital effects can use CGI.

If your film is a real-life story and you need to show a scene from the past, the best way to do it is by using CGI. Movies like life story can make the film more realistic.

3. CGI Creates Some of the Best Computer Animated Movies 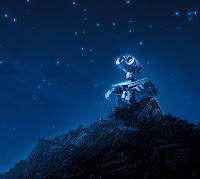 If it is not because of the success of Toy Story, computer-animated films like Finding Nemo, Inside Out and Up would not have been produced. The very first film Pixar has produced gave them the funds to produced other computer-animated films. It was also thru Pixar’s success that driven Dreamworks to create their own CGI animation like Madagascar movies, How to Train Your Dragon and Shrek.

Movies Affected Negatively by Too Much Reliance on CGI

There are some movies who have relied too much on computer-generated imagery which affected them negatively. One of them is “The Hobbit: The Battle of the Five Armies.” As compared to LOTR that depend so much on CGI, this film does not get the result it expected to have.

The part of the movie where the people in costumes wave around swords, without a firm plan as to how the scene would actually play out. If you check this part, you will see that this thing was a mess.

There are two reasons why LOTR achieved a better result and its the other way around for The Hobbit. One reason is that Hobbit was filmed in a rushed schedule while LOTR takes several years to complete the film. Another reason is on the visions of the two filmmakers del Toro of the Hobbit and Jackson of LOTR.

To answer our question is the reliance on CGI hurting cinema, I guess it depends on how you will use it. The success of a movie does not depend only on computer-generated digital effects. The story, preparation, length of filming and the director’s vision also play a big part in the success of the movie.