Gensokyo Defenders is a neat take on the classic tower defense style, with a greater focus on your player character than on the traps you set. True to the Touhou style, there are lots of bullets and swathes of enemies to evade and fight off.

In the land of Gensokyo, the main method of dispute resolution or time killing is Danmaku, or what basically amounts to a bullet hell battle. Recently however, Yukari has come up with a new game to play, and taught it to the rather dense and easily influenced faries. So welcome the new method of battle/entertainment, defense battles!

The defense battles are, at their base, pretty standard fare: you have multiple waves of enemies attacking a “base point”, and you need to lay traps down to prevent the enemies from reaching your base. Each enemy that reaches your base will take a point of durability off of it, and if the durability runs out, you lose. Placing traps requires money that’s earned in-stage by defeating enemies, and you can lay or remove traps at any time. There’s also a short break between waves where you can set up/demolish traps before choosing to start the next wave. 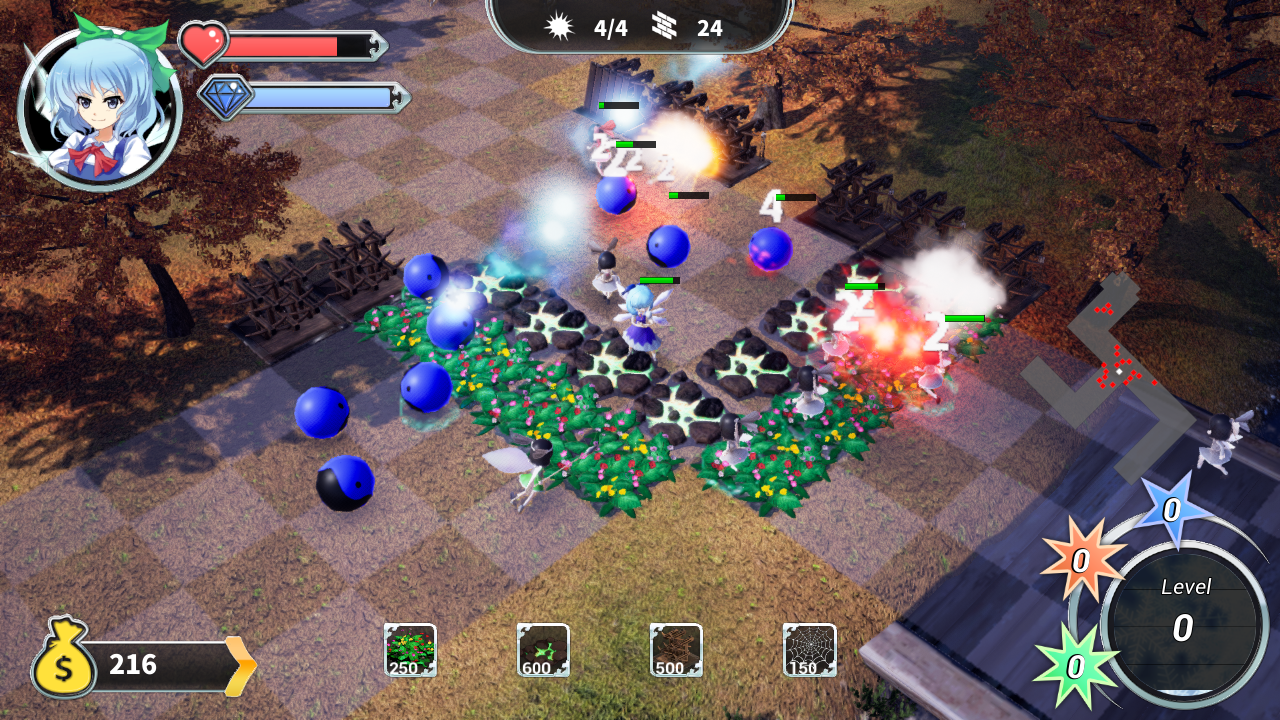 Where Gensokyo Defenders gets a little more innovative is in the stage layouts and use of the player character. Stage layouts can be simple pathways, but they can also feature environmental hazards such as large thorns or rivers. Any enemy that isn’t a flying type can be thrown into the hazards in order to kill them. This also works on your player character, however. You don’t just place traps, your character can actually shoot and use special moves in order to attack the invading enemies. In fact, I generally found that the majority of the enemies I dispatched were from me actually shooting them, rather than the traps I had laid out. Occasionally there will be power ups that will increase you normal attacks and special moves that you can pick up. Additionally, after a certain point, you unlock the ability to upgrade your character or traps using the stars you earn in stages, which are awarded based on how much health your base has at the end of the mission.

While the graphics are pretty decent and the character art is pretty good, I did happen to notice that it seems that characters generally tend to be rather…bustier, than how they’re normally portrayed, which is maybe a little weird, but considering the massive amount of fan based interpretations of characters, not particularly unusual. The music consists of some rather nice remixes of Touhou tunes, some of my favourites in fact, and I didn’t notice any sort of lag that you normally see in these style games, especially when there are a boat load of enemies on screen and everyone is shooting, although it does become rather difficult to see where all the bullets are, and who is shooting what. 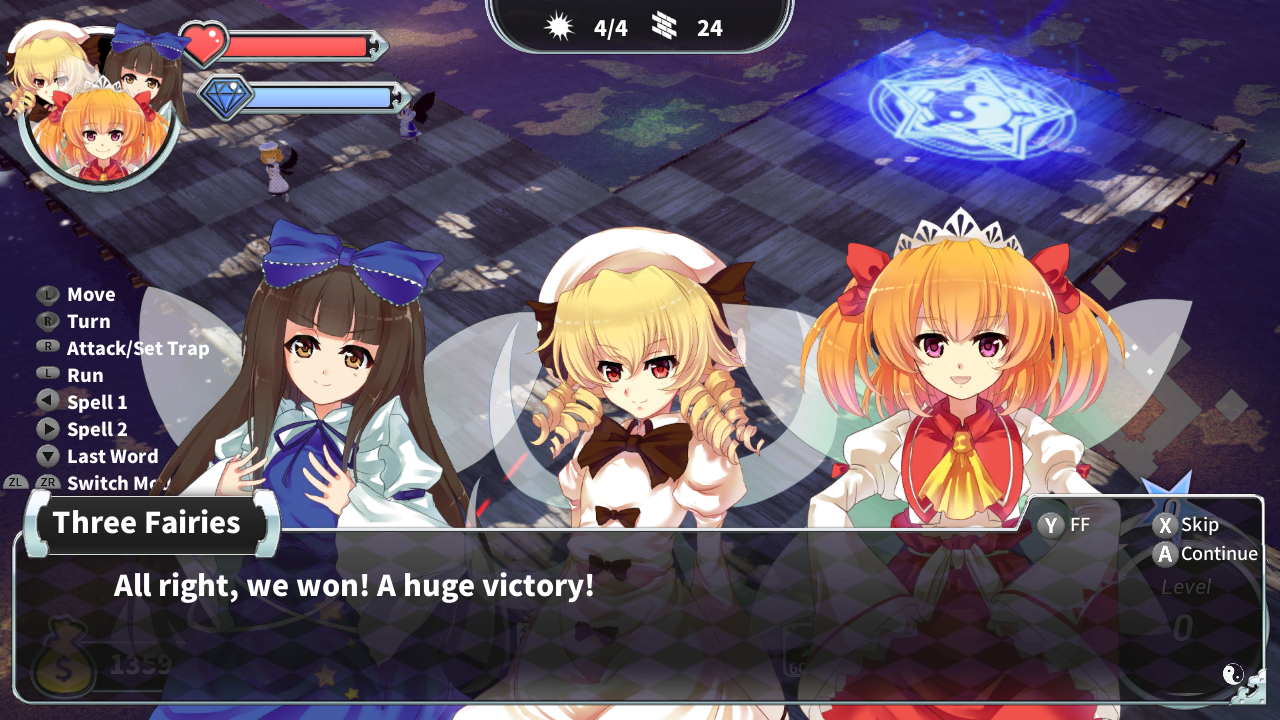 Ultimately, Gensokyo Defenders feels like something that would be more at home as a tablet or phone game, just with higher specs. If you plan on using your Switch more as a mobile style device, rather than a console, Gensokyo Defenders feels a lot more “right”. That being said, there isn’t any issue with it as a short and sweet time waster for a console. You can pick up a mission or two, and complete them in 10-15 minutes without too much hassle. Gensokyo Defenders would definitely appeal to those looking to make their Switch more of a mobile handheld, or those who enjoy a good tower defense style game.