Many people may try to compare Insurgency: Sandstorm to the likes of Siege on an apples-to-apples basis and that is sad as it is a disservice to both titles. Siege, while being a competitive FPS and is squad-based, is a different beast altogether; Insurgency: Sandstorm, in my opinion, is far more like a fine combination of ArmA III and Counterstrike. With fast rounds and a loadout system that, though wildly different, feels like it was influenced by the early days of Counterstrike, Insurgency: Sandstorm blends the chaos of a CS match with the utter intensity, realism, and sheer need for a tactical response of an ArmA III scenario.

Rarely have I seen the traditional “last stand” found in more mainstream shooters, like Call of Duty, Siege, or the like, where a single solo-player will wipe the opposing team, actually play out. The odds are always stacked against you with the name-of-the-game being “survive.” Sure there are a few times in some of the Checkpoint games where it will come down to staying alive just long enough for your squad to respawn, but realistically those are exceedingly rare and VERY difficult to pull off. 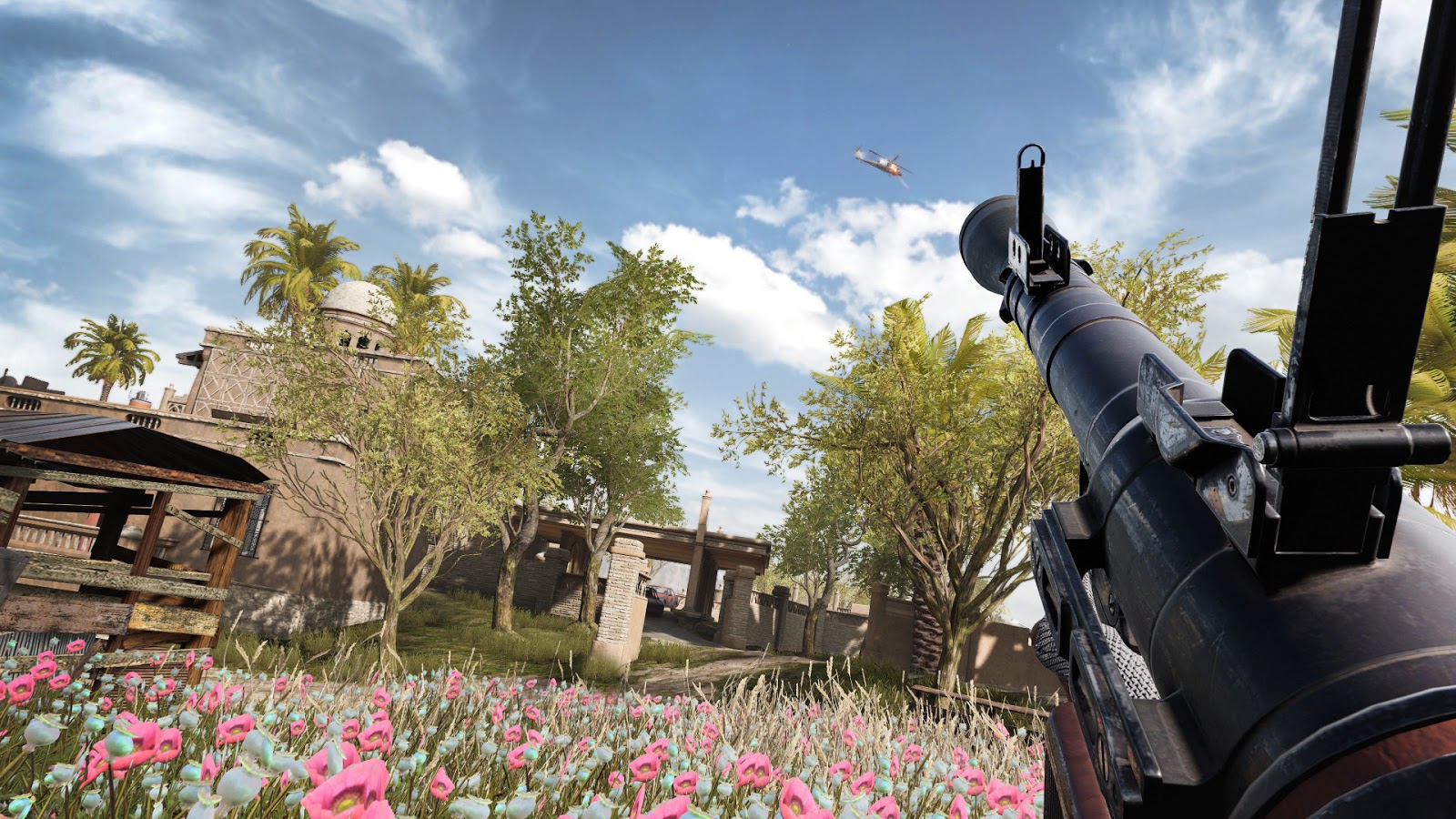 Speaking of Checkpoint, the game modes are fantastic; you will have your traditional PVP, which I stay away from because people are horrible and no matter what game you play, extremely toxic. In addition to PVP you have Coop, which is where I stayed almost exclusively, as it felt the most intense with the biggest rewards. Then, in an incredibly rare turn, you have single-player vs. bots (who are utterly brutal). Most shooters these days that don’t have a specific campaign tend to leave single-player + bots out of the equation but here it was an extremely pleasant surprise. Getting sick of the online chatter/banter/toxicity, or just want to practice with various loadouts? Fire up a single player game and test to your heart’s content.

Checkpoint’s game mode, where you simply rush, capture and defend (or destroy) is by far the most populous mode, where it not only is a matter of moving point-to-point across an extremely detailed and amazingly designed map, but once you capture said point, it becomes something of a horde-mode, where waves of enemies will rush you as they attempt to recover the location. It is incredibly intense with many moments reminding me of the shower scene from 1996’s The Rock or literally any scene out of 2002’s We Were Soldiers.

Customization of loadouts is a real treat, where you can choose from a dozen basic roles, from Commander to Breacher to Gunner to Demolitions, there are a pile of preset “classes” and each have their own unique loadouts with tons of customizable options. I myself am partial to the Rifleman role, which is the only role to not have a limit on the number of players assigned to it, and the Breacher role. Rifleman, as you can surmise, is your basic rifleman kit that carries a battle rifle, sidearm, a few grenades (if you want to spend the points on them), and a bit of armor. Breacher is more of an advance scout kit, with low weight, light armor, and generally a submachine gun or a small shotgun. 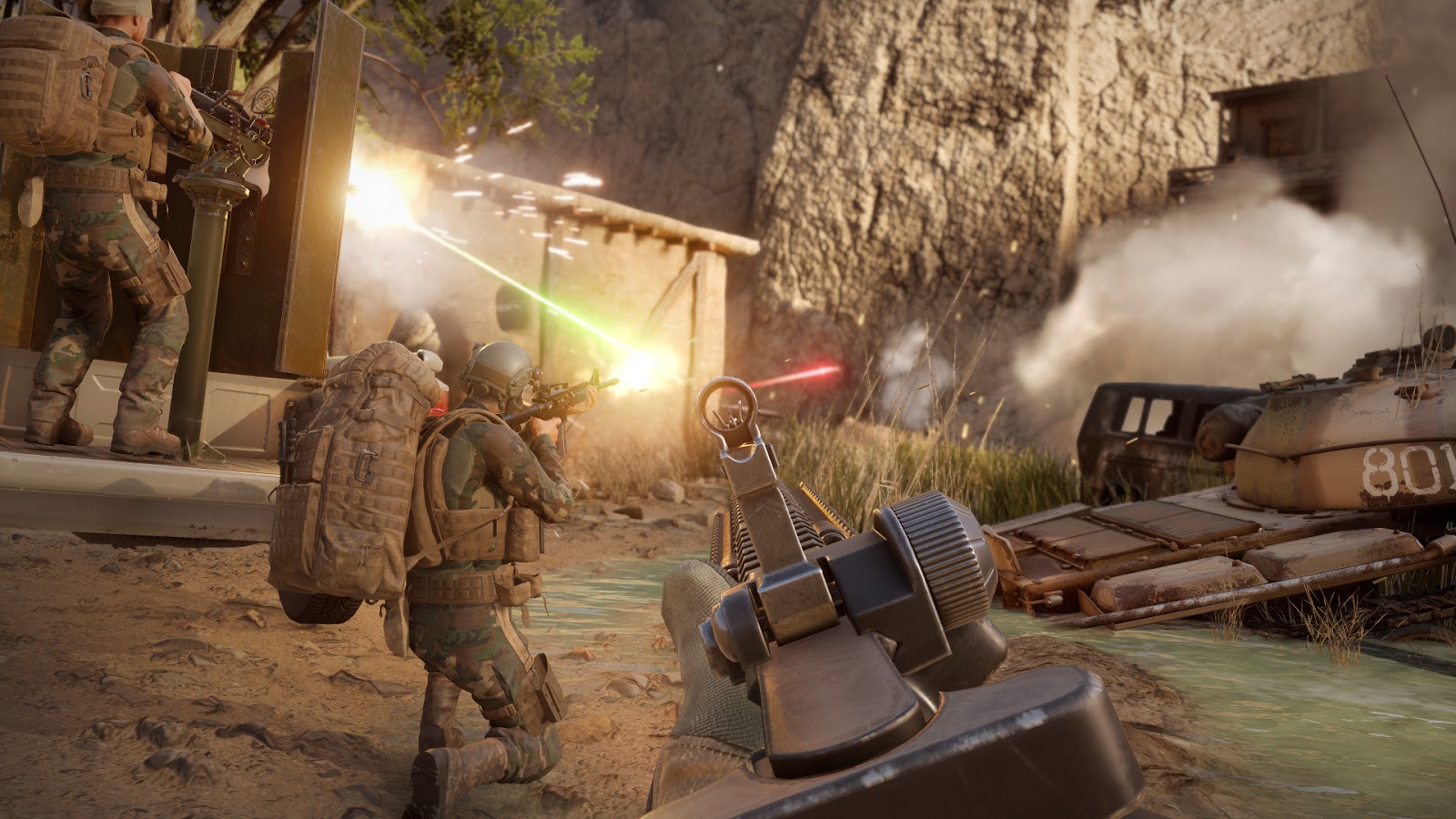 Choosing a loadout is not just about grabbing a gun and the few secondary weapons of your choice, oh no, it is FAR deeper. Take the Rifleman kit for example; you have about a dozen primary battle rifles, from the M4A1 to Galil, to G36, and everything in between that fits as a modern battle rifle in today’s militaries the world over, then you can add a sight or scope of your choice (I prefer the 2x red dot), of which there are about 20 of, then you can add a flash hider, compensator, or suppressor (pending the rifle you chose), maybe add an extended magazine or drum magazine, tracers, and/or a laser…. And you can do that to every weapon in the game (there are a few dozen).

Now to prevent gamers from simply choosing the “top tier” of everything imaginable, Insurgency: Sandstorm implements a point system; each role will have X amount of points available to it (it varies) and weapons, weapon accessories, explosives, armor, etc. each have a point value to them. For instance, in the Rifleman kit the AKM has a point cost of 1, whereas the M4A1 has a point cost of 5; depending on the other accessories, weapons or even whether you want light or heavy armor, you may or may not be able to “afford” the M4A1 with any accessories, or you can get a fully customized AKM for the same point cost, so there are countless loadout variations (and thankfully you can save loadouts and with a single click, choose them for your next deployment).

The customization does not end with just your loadouts, even your character models are customizable, though they due require in-game currency (which is challenging to earn, but rewarding nonetheless when you do). I think what gives Insurgency: Sandstorm its charm, outside of the brutal combat stemming from intense situations, amazing map design, and non-stop action, is that, even after 50 or so hours, there is always something new to discover. Heck, I put in 15-16 hours before I realized there were vehicle-mounted weapons in the game … Maybe I am just a dunce (probably) and did not pay much attention on account of the bullets ripping by me, or maybe I was simply blown away by the sound design. Which, by the way, Insurgency: Sandstorm has the best sound design I have ever heard in a shooter; you WILL want to use a quality headset with Insurgency, it will save your life. I do not know, but I became more and more impressed around every turn I made in game… 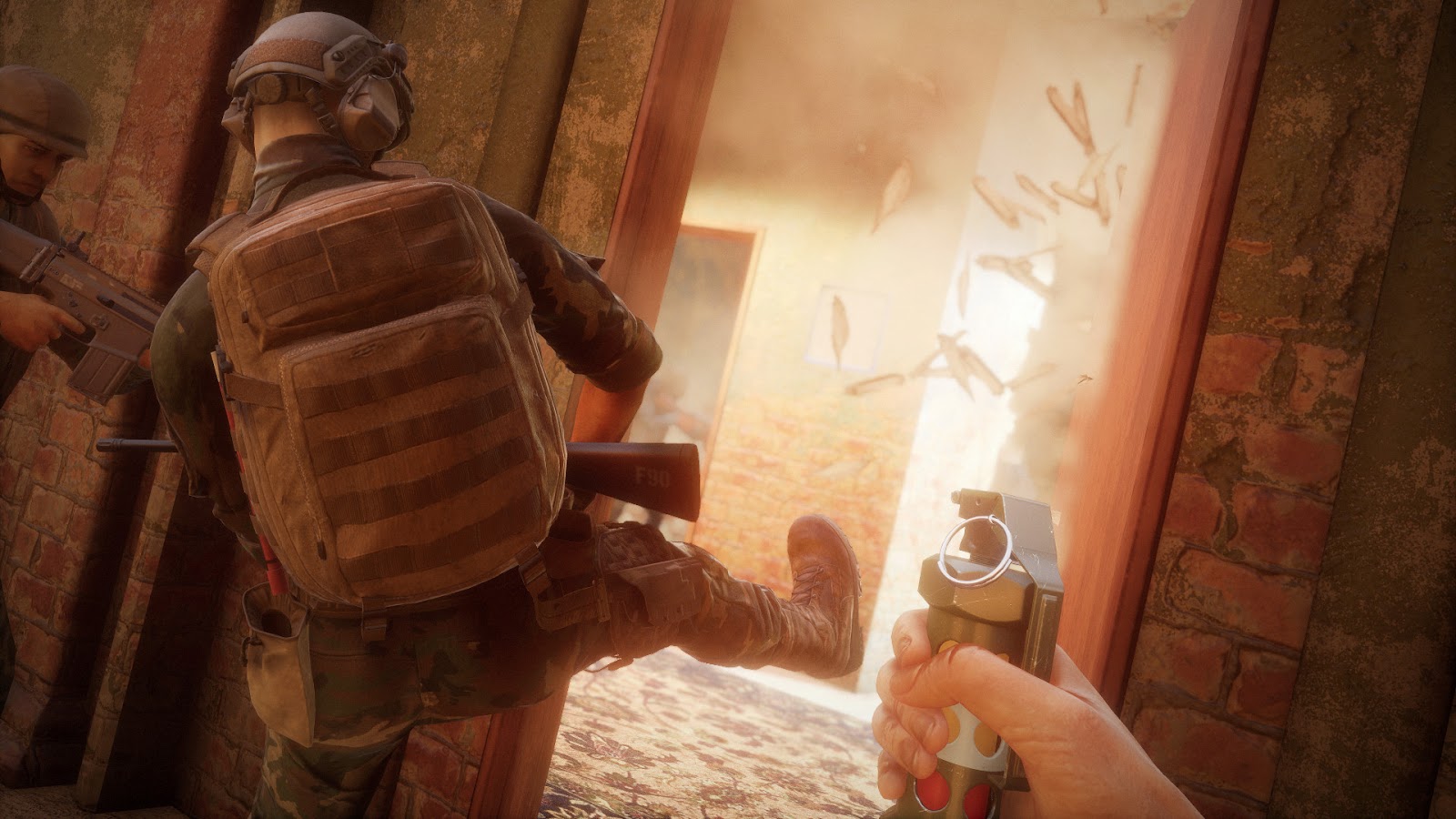 Insurgency: Sandstorm was a bit of a mystery to me going into it; I grew up playing countless hours of Team Fortress (the original!), Counterstrike, and Unreal Tournament, leading all the way through to modern shooters like Call of Duty, Player Unknown's Battlegrounds, Arma, and Battlefield, so I was not sure what to think going in. Boy was I shaken to my core; my daughter would often pop her head into the room to check up on me as I giddily laughed or made some exclamation at the awesomeness that will be found throughout the entirety of Insurgency: Sandstorm. Even with the occasion screen tearing or getting stuck on rubble, or even the fact I wish there were more character customization options (and, I hate to say it, but the hair … oh God the hair … the options are reminiscent in quality and choice, of Dragon Age or Mass Effect hair…), are not enough to dissuade me from pouring any extra time I have into another session. Well done I say, well done indeed.