There are few strategy titles on PS2 and I was lucky to discover Future Tactics. The game combines colorful graphics with turn based combat and a simple command system. Its production values are nothing special but it was challenging and fun.

The adventure takes place on Earth, in a future that is not clearly identified. Aliens that look like humanoid insects and carry advanced weapons have attacked us and destroyed civilization. The hero, Low, is a young, careless man who struggles to survive with his father and little sister, Pepper. Soon, the father is killed and Low has to raise Pepper on his own. Later you meet more persons, who help you in fights. However, the plot and character development lack coherence and could use more work.

Concerning the action, you don’t gather resources, construct buildings or develop technologies. You simply control a small team who has to achieve a goal in each mission, for example, destroy all enemies or reach the exit. If all characters die you must restart the stage. Combat is divided in turns. First, it is your turn to act, then it the enemy’s turn, then yours again, etc. What makes the game different is that almost everything, including the ground, can be destroyed. One blast can vanquish a large rock and a few laser shots are enough to reduce a house to ruins.

During your turn every character has to be given orders: move, attack, rest. Moving is done freely inside an area with a green perimeter. For example, if you are in the middle of a settlement you can run from one side to the other as many times as you like during one turn, provided, of course, you stay in the green area. You can even climb on natural formations and constructions to reach bonuses or aim at your enemies from a better position. Have in mind that aliens communicate with each other, so if they see you they will be on alert. Attacking is ranged, using a manual targeting mechanism, or melee, if you stand next to an opponent. There are two types of weapons used: pistols and rocket launchers. The more accurate you are the more damage you deal, it is possible, though, to miss completely and deal no damage at all. Generally, the rocket launchers seemed promising but they proved to be unreliable. The pistols are much preferable, however, you cannot choose weapons; every fighter has standard gear. Each character has one attack per turn unless you get the “x2” upgrade.

After you have attacked you can still move, mainly to find cover, inside an area with a blue perimeter. To complete a character’s turn you “rest”; make sure you do that in a safe place, for example behind a wall or inside a deep crater. During resting you can heal or activate your shield but there are limitations: the shield, which absorbs damage, needs two turns to recharge, and if you are shot while healing you lose a lot of health. Thus, it is important to choose wisely when to heal, activate the shield or simply rest.

The controls are practical: you select icons for all actions and move the camera freely to spot enemies, picks-ups and places of interest. If you are unsure about whether you should attack an alien you can activate the targeting mechanism without firing, to calculate if the shot is possible. The game also shows you the perimeter of the blue area before you fire so that you can judge whether you should attack from the current position (it is almost suicide to shoot and leave your character open to enemy fire afterwards). 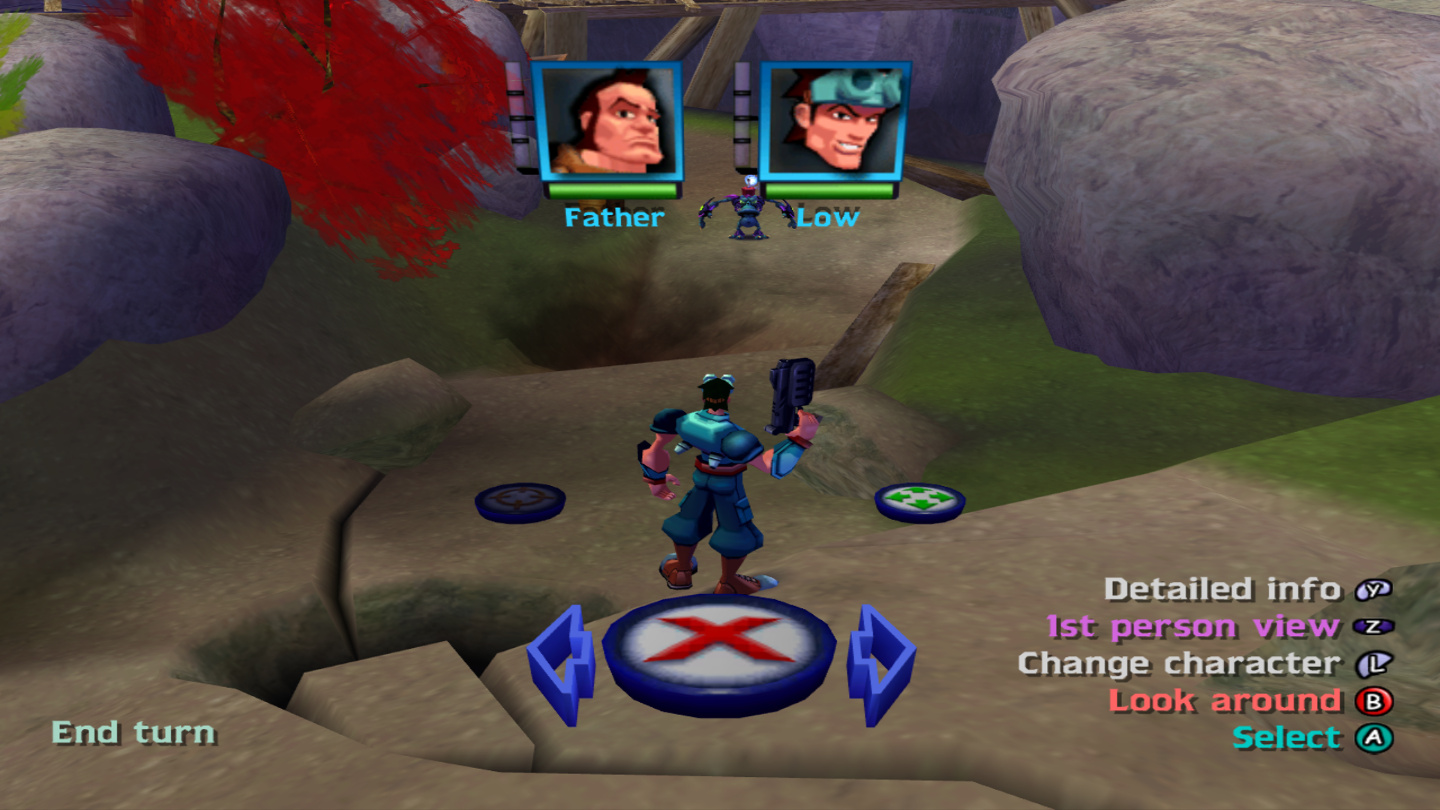 Scattered around, you find health packs and toolboxes that provide extra abilities: zoom-in for precise aiming, increased damage, etc. When you pick up an upgrade you select the character who equips it, which comes in handy. Upgrades are often hidden, e.g. you may have to blow up a boat or building to find them. In addition, upgrades require certain character levels to be activated. Levels are gained by hitting or killing enemies. If you lose and restart a mission you keep all experience gained and upgrades collected so you never feel that your effort was wasted.

The graphics are nice but far from impressive. The textures and polygons do not provide for high quality scenery and the character models are a little crude. On the other hand, there are many things I liked: the cartoonish design style, how everything can be destroyed, the lively colors and variety of locations, including a village, ruined bridge, snowy square, windmill and alien installation. The sound is good. I loved the explosions and the aliens’ screams or how they complain when they are about to be exterminated. The music also complements the action properly, whether it is carefree and light or eerie and ominous. 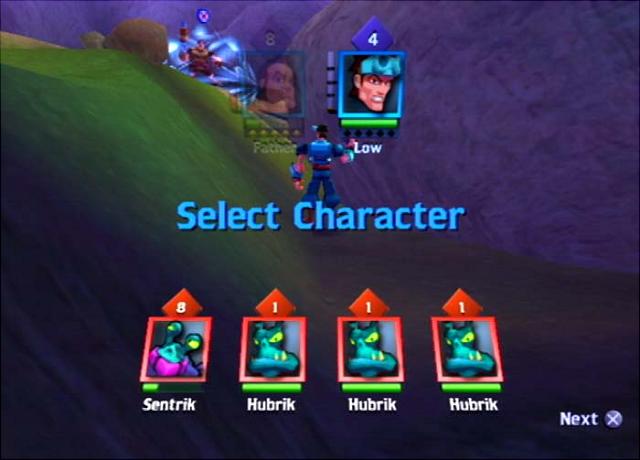 The game is not long or difficult so I completed it without many problems. I have to point out, though, that the second, third and fourth stages are hard: if a character is killed you lose immediately and enemies are very strong. However, things become more fun afterwards: upgrades make aiming easier and dead characters can be resurrected after a mission, so you do not have to keep everyone alive to win. Besides, the aliens have two important weaknesses you can take advantage of: they die instantly if they fall in water and they stay inactive if they have not spotted you.

Future Tactics was a pleasant surprise. Fans of hardcore strategy will find it shallow but those who want simple turn-based alien-blasting action can appreciate it. I wish it had a sequel, with better graphics, a decent story and richer gameplay. The basics, however, are solid.