You are reading
Holy Potatoes! A Spy Story?! – PC Review

Holy Potatoes! Another Simulation Game?! I once remarked that the Holy Potatoes series’ title was little more than a Robin (Batman’s Sidekick) comment on the campy Batman TV Show. Well, my opinion hasn’t changed one bit, even now that we’re on the fourth title. Filled with pop culture references and potato flavoured puns, if you liked the previous Holy Potatoes games, you need to get this game without any hesitation.

HP: SPY (As the other acronym wouldn’t be family friendly) is a series of missions and side missions that you assign spies to. Each mission has routes, obstacles, and twists. The different obstacles have either neutral, weakness, resistance to or immunity to one of the four core stats and you can spend starch (The in game currency) to research and find out what to use against it. You pretty much need to pick either neutral or better if you don’t want to fail missions, though having a resistance to a stat category is still effectively a mission ender. 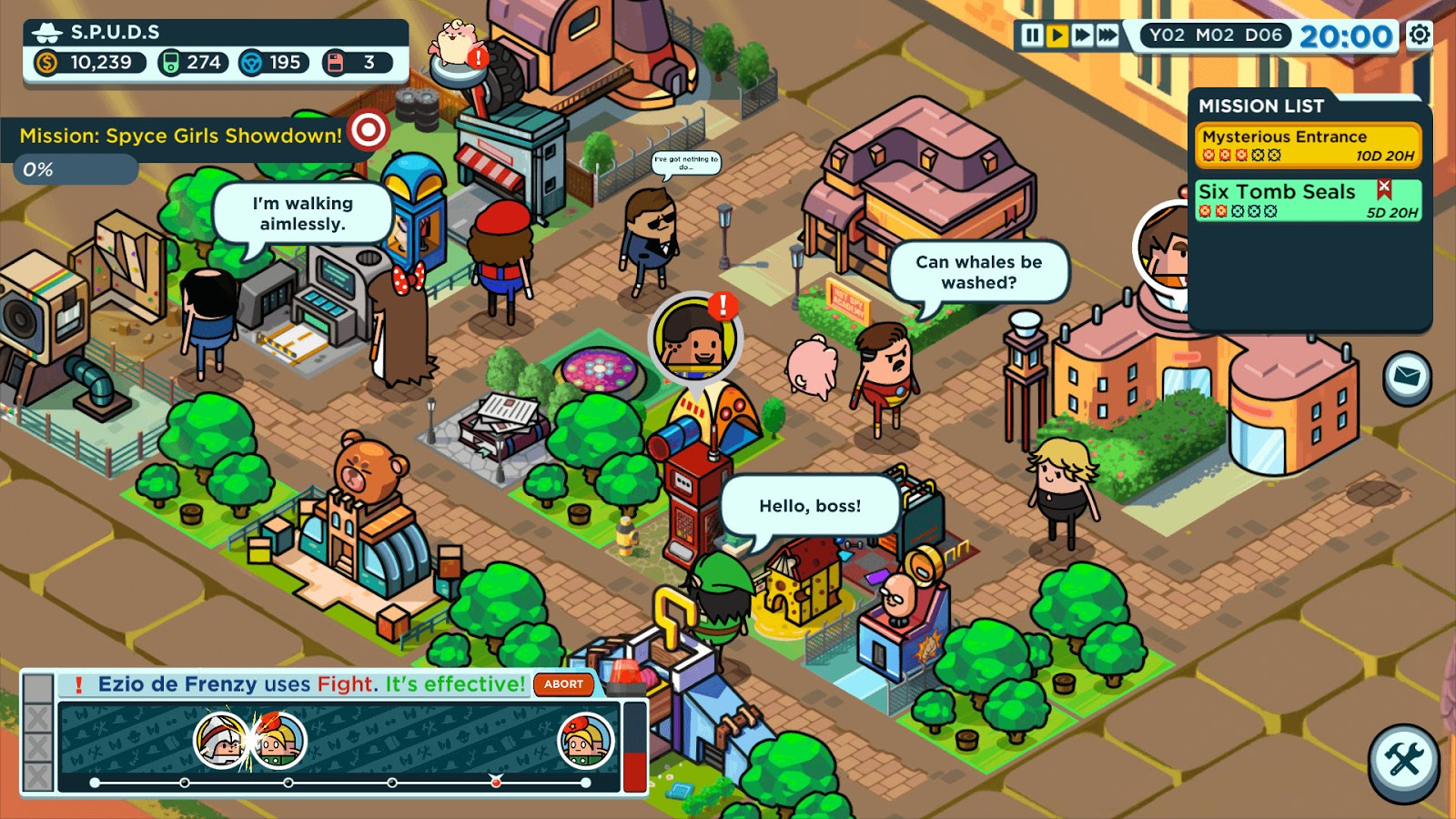 Between missions, you spend more starch to build equipment, upgrade vehicles, train spies, hire new spies, splice other spies together, give gifts to spies, and more all in the pursuit of increasing the core four stats. Because of this, you can diversify spies such that you have one that focuses primarily on each of the core stats, and one that does a balance between different combinations of two stats. When a mission comes along that you can get by with a single stat, either as a weakness or neutral, you can use that spud to pretty much annihilate the mission and keep everyone else training for future missions.

To say that this game gets harder as it progresses would be a misnomer, but that’s not how any Holy Potatoes game expands. It doesn’t get harder, it just gets more complex. You don’t have to juggle the balls any faster, you just have to keep more of them in the air, which means that if the premise clicks for you, you’re set to beat the game. If the premise doesn’t click for you, you’re going to need to keep replaying until it DOES click, at which point you’ve effectively won. 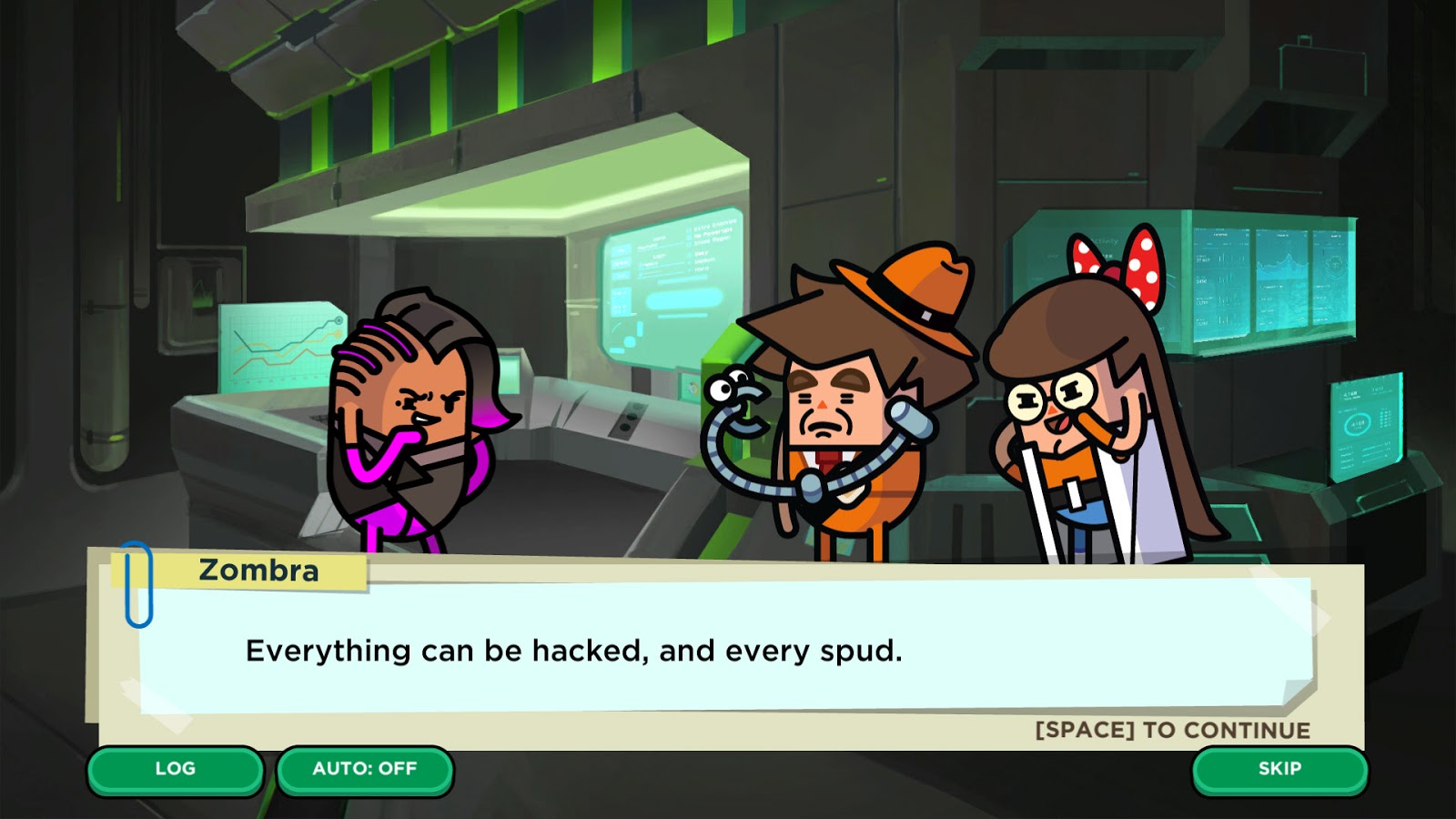 The music and sound clips are pretty standard HP fare, where it feels like they just visited various elevators that still PLAY elevator music and sampled from them all. The sound effects are cute and whimsical, and while they’re nonsensical and don’t really ‘fit’ the thing they’re supposed to represent, they feel in keeping with the overall motif of the series, which is that of a silly story, some puns, some humanoid(ish) potatoes, and a fair bit of pop culture.

This game is funny and it makes for a wonderful time sink. A greater challenge would definitely be welcome, but I feel like the only things you could do to make it truly harder would be to either introduce pure RNG (and random success/failure isn’t fun, it’s just iteration and savespamming) or time constraints (which just leaves to greater overcapitalisation on the untimed portions between story missions to garner beefier stat totals. Still, Daylight Studios have come a long way and refined the series as a whole since their first iteration.