Welcome to the world of fencer and fairy. Where everyone is either bad-ass looking, adorable as cotton candy or hungry. Seriously the main character needs to keep granola bars in his back pocket if he’s always that famished. Fairy Fencer F is a fantasy role-playing game that was originally released back on the PlayStation 3 in the year 2014 by Compile Heart and Idea Factory. Skip ahead a couple years and the game is re-released for the newer platforms, including the Nintendo Switch, under the new name of Fairy Fencer F: Advent Dark Force, with added bonuses and features.

We dive into the life of Fang, our gluttonous protagonist, who was strolling down a market square looking for his next meal when he comes across a sword with a fairy spirit inside, the ever determined Eryn. Fang, with his laid-back-and-don’t-care attitude, takes one good look at her and NOPES the hell out of there. But with worried pleas and a good show of ‘damsel in distress’ skills, Eryn wins over our future hero. Together they must find other ‘Furies’ (blades with the souls of fairies inside them) and release the dimensionally imprisoned goddess from her slumber.

As you dive into the adventure you’ll familiarize yourself with the town. You’ll be able to explore your surrounding by interacting in certain areas. One of the places I recommend visiting is the pub, there you’ll be able to unlock Quest or Sub-Events displayed with a very distinctive icon. Interacting with these events will either progress the main story, give you quests or offer important intel on specific items, weapons or people. You can also walk over to the Shop which also allows you to synthesize items for your next travel or head on over to Lola. Lola is basically your informant on Furies she may have spotted or heard of on her travels. With the right fee she’ll offer up her info. (Kill) 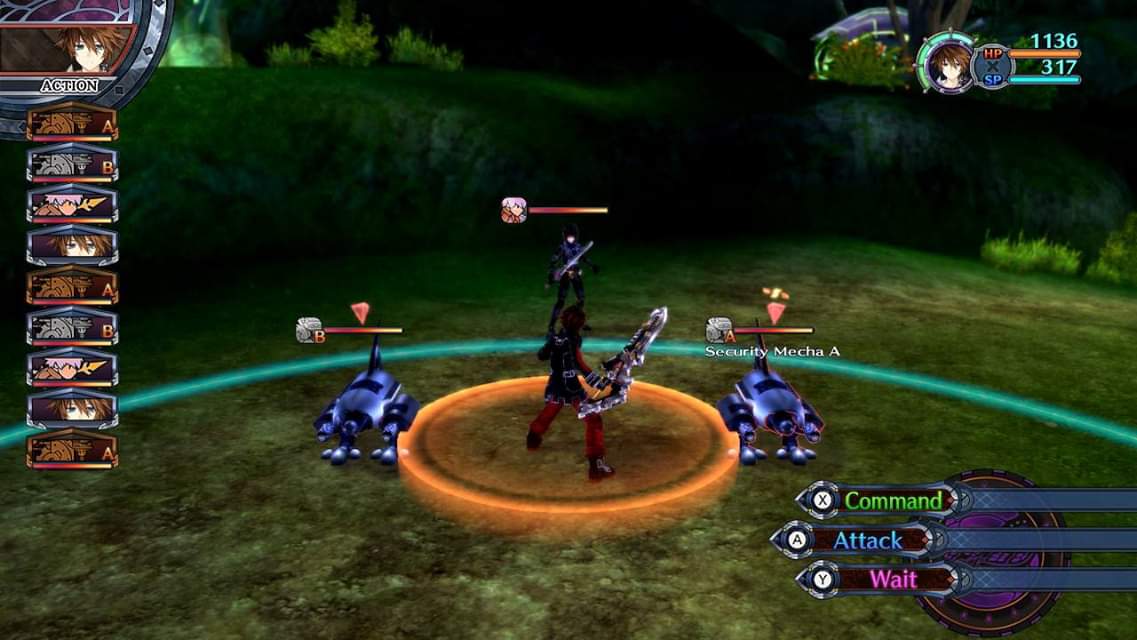 When you’re ready to leave town it’ll open up the world map. From here you can explore dungeons that are available to you, but you can also unlock new areas by World Shaping, which uses the power of the Furies to help you find new locations on the world map. By stabbing the Fury into the area of effect that’ll appear as a ‘?’ they’ll send out a pulse, like a sonar, and measure the exact coordinates for where you need to go. Voila! New dungeon found. Also the higher the level your Fury is the bigger its range of detecting will be. If you decide to leave a Fury buried in the ground, instead of just pulling out after finding a new place, it will gain additional area effects to help you crawl through those dungeon. (Kill, kill)

Once you’ve encountered your second party member, she will bring you to a godly plane where a great battle was fought between the Vile God and the Goddess, who have now been entrapped in stone and impaled by Fury blades. You can remove these blades by finding the different ranked fairy spirits to help you, but be warned that if you decide to pull a blade from one of the gods be prepared to battle the strong enemy that’s sealed within it. The battles will range from difficulty depending on the type of spirit level you choose, C being the easiest while S being the hardest. If you win the battle you’ll have access to the ability that was sealed inside the Fury blade. That ability will be added to the fairy you used to unseal the sword and will permanently stay with that spirit. It’s a nice added bonus for strengthening your team. (Kill, kill, kill)

With Compile Heart they always like to flare up their battle system. Can’t just mash that A-button, no siree. In order to initiate combat you’ll have to run into the enemies. Walking into them works just fine, but you can give yourself an advantage if you jab at them first, giving you a preemptive strike. Be careful though, if the enemy hits you before you can get a hit in you’ll be ambushed. (Kill… Kill) 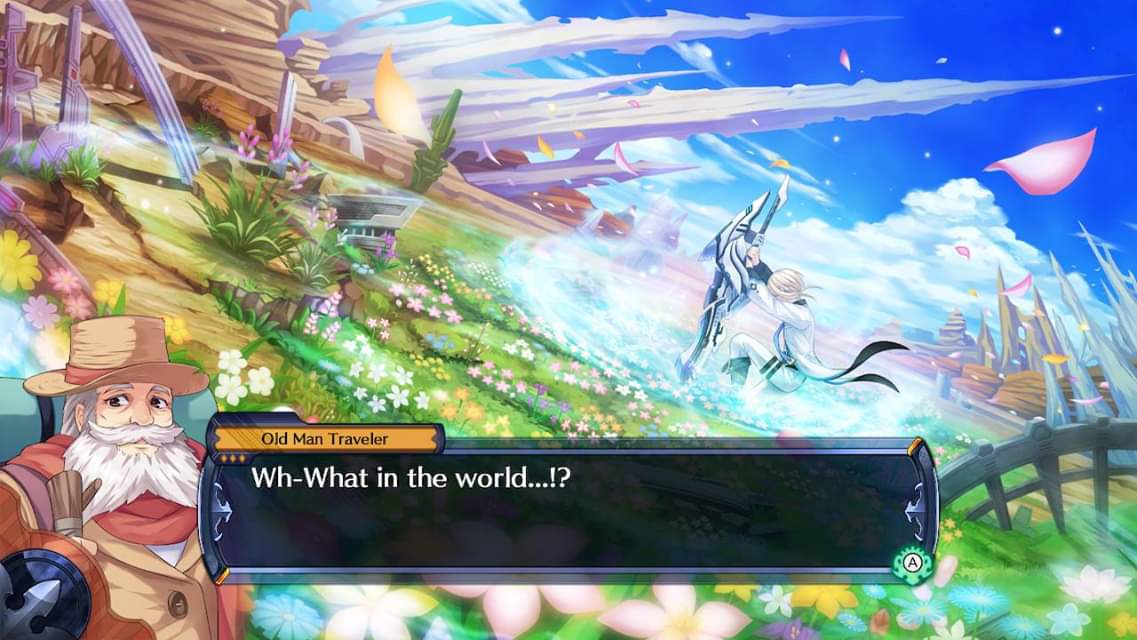 When you enter the battle field you’ll be inside what I like to call ‘The Battle Circle’. Since it is turn based you’ll be able to keep track of whose turn it is with the roulette displayed on the left side of the screen. Once you have control, your battle options will be visible on the bottom right. You can run up and attack a monster as long as they’re within the radius of your attack range. This radius differs depending on if you choose to attack, use magic or activate a skill. Using magic or a skill will consume SP (spirit or spell points) and using up any type of command will end your turn, even items. (KILL)

ENOUGH ETHEL! Seriously do I need to give you a time out??? I’ll let you say you piece at the end, alright?

My apologies, where were we…?

One of my favorite commands ( fighting evil by moonlight ) to use during battle is ‘Fairize’. This allows you to merge ( winning love by daylight ) with your fairy partner and become more powerful for a short period of time. In order to activate it you must raise your ( never running from a real fight ) Tension gauge by attacking or consuming damage. Once the meter is full and starts glowing you can watch a sweet cutscene of your character being impaled—

OH MY GOD! ARE YOU OK? I mean this whole transformation scene is cool looking and all, but you might have a large gaping hole in the center of your chest afterwards. I highly recommend some therapy and a hot towel. 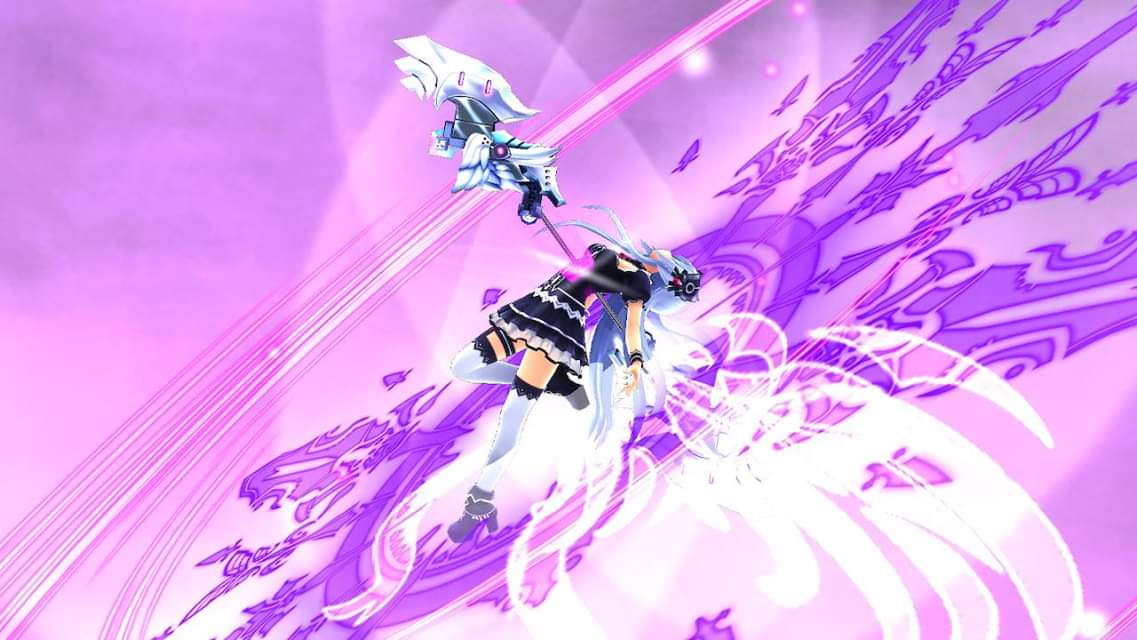 Assuming your party member miraculously survives this (they will), then by all means bring the thunder. You also get access to a very special move that can do some serious damage to your opponents.

Your party members can be your greatest asset in battle especially once you get 4 or more playable characters. Even if you set up your party beforehand you’ll have the power to switch them anytime during battle once it’s your turn. This can be handy when you’ll need a certain characters ability and you’ll have to do the old switch-a-roo. Quick, easy and make the flow of battle smooth like butter.

When you go into your game menu you’ll have the chance to familiarize yourself with your basic inventory, skills/magic, character status, fairies status, quests and equipment. Under ‘battle options’ you’ll have the pleasure of boosting your characters traits by gaining WP (weapon points). You earn WP by successfully winning battles and can convert these points into stats strengthening. Your physical strength is pretty basic, but once you move over to skills, magic, etc, you’ll have to meet these prerequisites in order to unlock that trait. The more you unlock the stronger your party will be in battle. 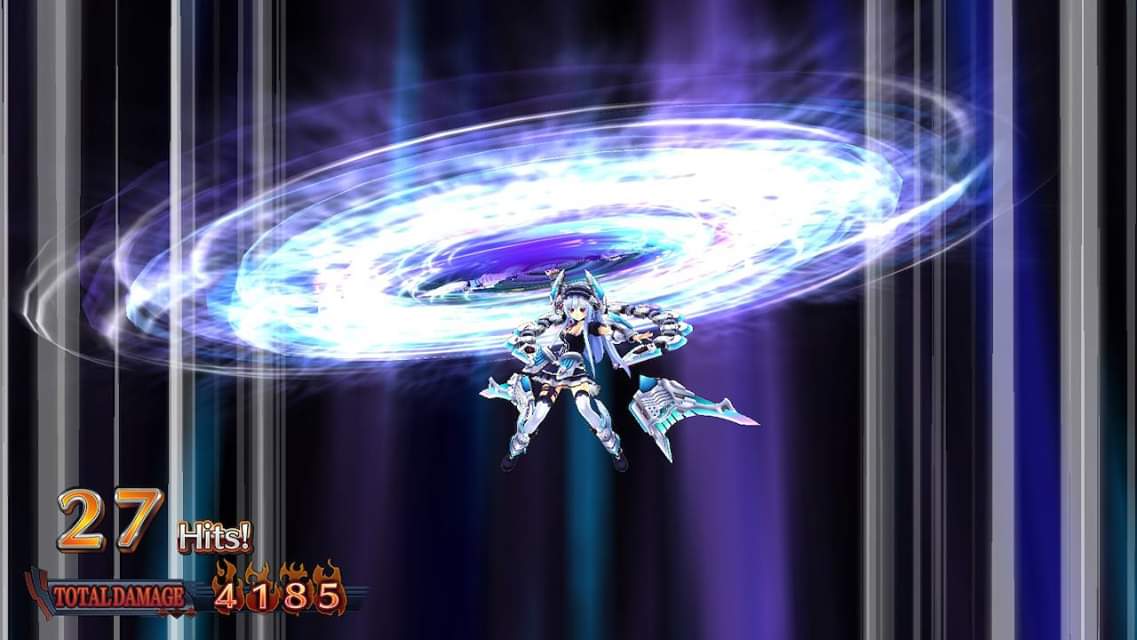 Now then, Ethel, you wish to leave our viewers with a few words of encouragement?

Aww… Ethel! You are such a crazy sweetheart. That’s so nice of you to share.

Whelp… Until next time.

To conclude, you'll never be bored with all the stuff that's jam packed into this game. The story and characters are colourful and fun to play through and the combat keeps on giving you more and more. Yeah, maybe the jokes can get a little corny and over repetitive at times, but I always seem to have a smile glued to my face. I give this game an 8 out of 10.