You are reading
Record of Agarest War Marriage – PC Review

Record of Agarest War Marriage is something of a relic from the past, but in a way that appealed to me more often than not. The other three games had a greater focus on strategy / tactics, where as here Marriage presents us with a very text-heavy JRPG. There is a heavy focus on adorable anime girls and common fantasy tropes, but the overall offering is still an enjoyable one for those of us who enjoy a good, grindy JRPG to chew on for a while.

Way back in 2010, one of the earlier reviews I wrote here for Chalgyr’s Game Room was Record of Agarest War. It is a title I revisited down the road and then played all of the sequels through to completion as well. I am someone who has always really enjoyed hybrid strategy and RPG titles, and splashing in some nice anime graphics certain does not hurt matters either. I have wanted to see more from this series for a good long time now, and while Record of Agarest War MarMarri is not technically new (it was released on PSP quite some time ago, and never outside of Japan), it is new to me.

Now, tell me if you’ve heard this before: You control a young man (named Rain) who at birth was tasked with defeating the generically named Archdemon. When we are talking swords and sorcery fare, this is pretty much as generic as it comes. However, out of this rather sterile framework is the dating simulation aspect of the series that has always appealed to me. Over time, Rain can improve his relationship with his three female companions. Eventually, you will choose one to marry, and they will have a child who pulls in stats from his parents. Then begins a continuation of the story, one generation later that sets the same stage and again you choose whom to marry, and then this third generation child is the one to see the story through. This is one of the hallmarks of the series, and an interesting way to put your own spin on events, while still keeping the primary story relatively static in nature. 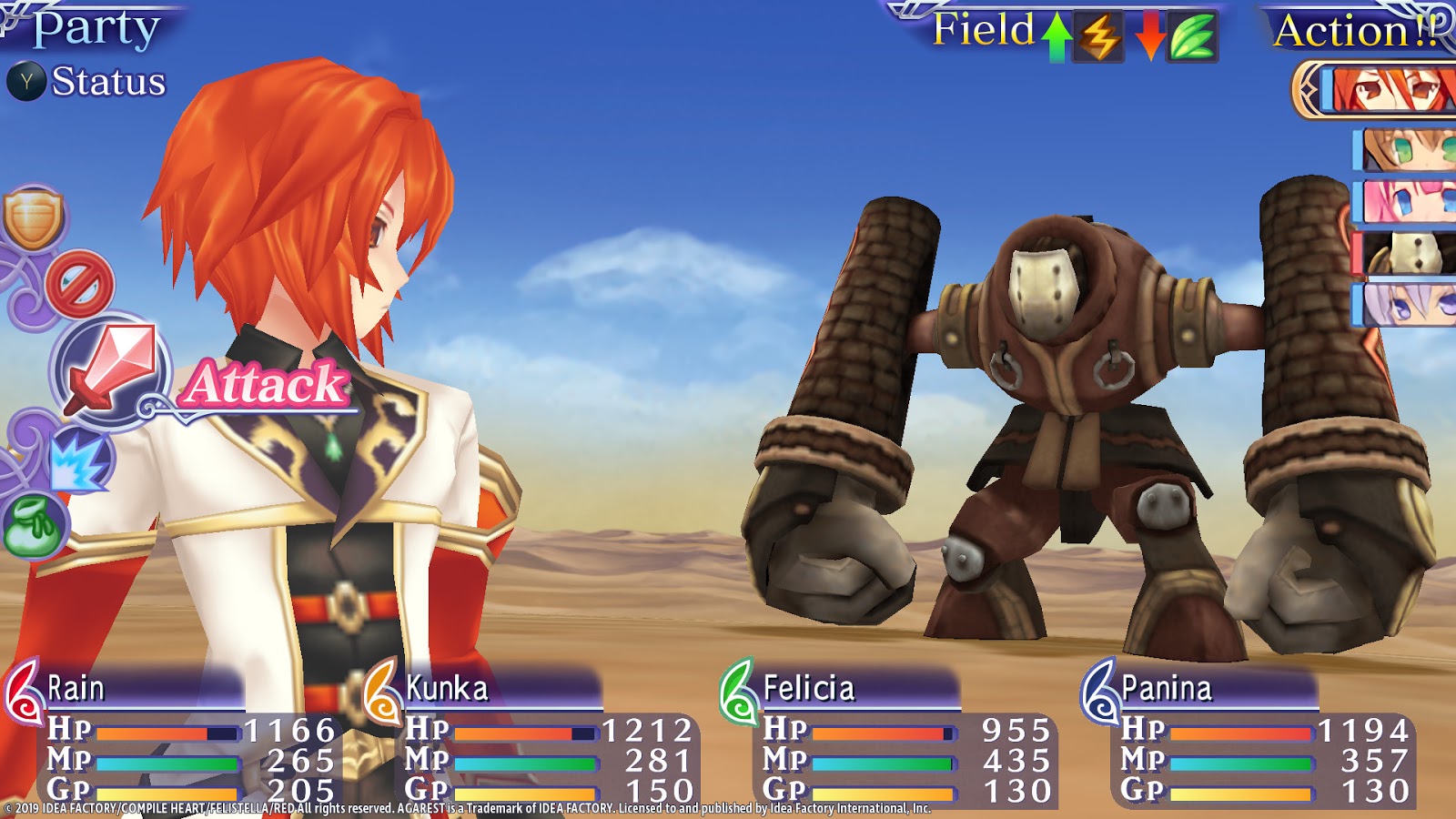 Another oddity for the RPG genre is that your initial party is already comprised of Rain and his three female companions. Instead of starting off the solo child against all odds, there is already a relationship in place here. It is not a big deal, but it does help the pacing right off of the bat as we get to skip some of the standard RPG fare. Despite the general framework of the narrative being set in place (really major events are not going to change much along the way), there are different ways to approach events and that can lead to different endings as well. As much as I have enjoyed the overall series, the story has never been the primary hook for me.

Granted, that has always been the case. Even on a normal level of difficulty, the Agarest games have always been pretty challenging. The difficulty spikes have never been very consistent in this series, but I have found that if I purposely march forward, fighting as much as possible and maximizing the talents of my team, I could persevere (I have had perfect ending in the prior three games, which requires playing on hardest difficulty), and that same mentality pays off here as well. Movement still involves an overwold map, with event points and dungeons (filled with randomly generated baddies) that lend themselves to this grindng mentality.

The biggest change for long-running fans of the series, and what I had to wrap my own head around, is that Record of Agarest War Marriage is much more of a standard JRPG. Combat is still turn-based, and a lot of the skills and influences of resistance versus vulnerability is the same, but there is no tactical element, no spaces or flanking to worry about here like there was in the other games. There is still a good deal of strategy in how the combat takes place. There are numerous skills, and knowing when to use them is going to be one of the major keys to victory. Another interesting wrinkle is the concept of classes: attacker, defender, supporter or conductor / healer. Using the right combination of classes against tough bosses is key. Also, I found myself wanting to round out my primary character and bride (once I settled on one), because there is a trickle down impact on the child that they conceive. 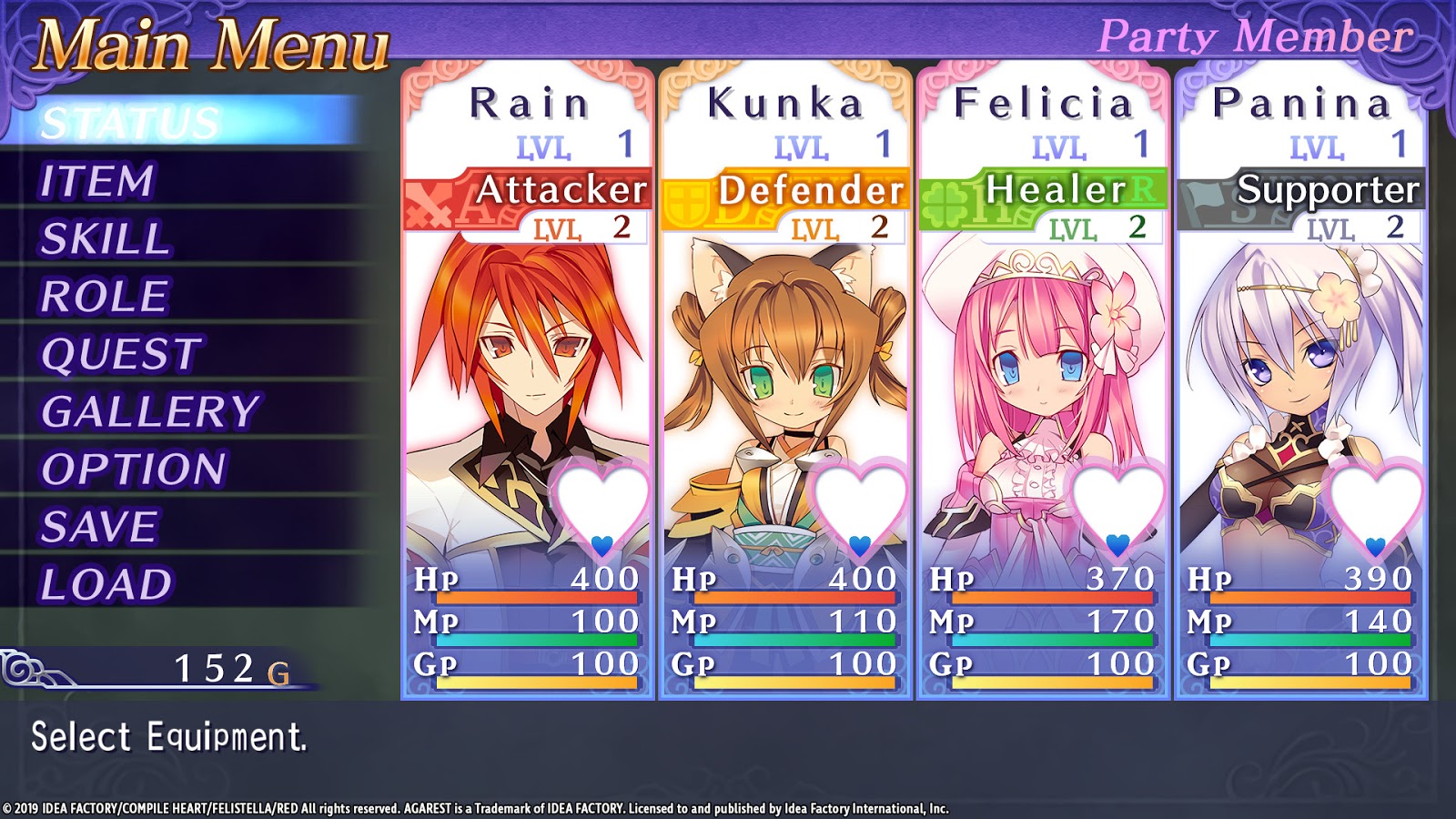 Visually, Record of Agarest War MariMarr has received a nice coat of paint over the original PSP title. Music has never really been a strong suit of this series in my opinion. There are a handful of semi-catchy tunes I like, but most of it is pretty forgettable. From a presentation standpoint, Marriage is an older game and that shows. The localization is solid enough. There is a ton of text here, bordering on visual novel levels of words. So while all of it is readable, it is understandable if some sentences flow more easily than others. Add that to dialog that often ranges from serious, to melodramatic, to cute to even a bit cringy, but serviceable and some of the quirky personalities come through rather nicely.

Speaking of cringy aspects, the Unification System will probably be an aspect of Record of Agarest War Marriage that is hit or miss. I will just run with this description from the Steam page:

Up-Close and Personal – The Unification System allows players to unlock special interactive CGs when reaching a certain Heart Level with your love interest. The higher the Heart Levels, the more intimate the experience! Earn your partner’s trust for your chance to inspect your partner’s pleasure spots that will ultimately unlock new abilities and weapons! 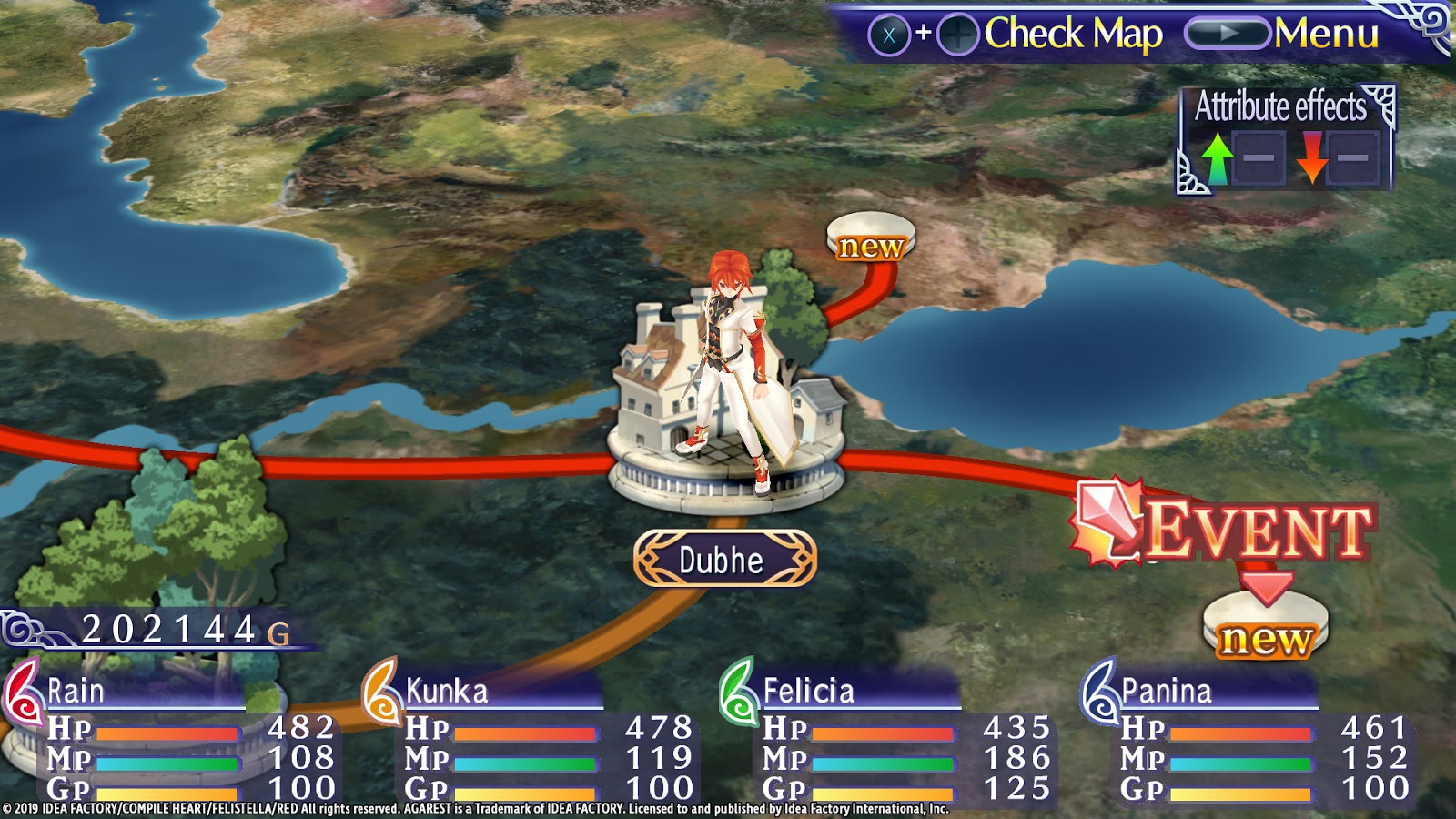 Between that and the 360 viewable gallery for your characters, and there is definitely a different vibe that comes through when compared to a more traditional JRPG. Fans of the series such as myself likely will not encounter any notable surprises from this, but it is still worth calling out for those who play their games around significant others or children who might ask why the girl on the bed is all wriggly in front of your character.

One other item that holds this title back a bit, and it is an issue prevalent throughout the series, is that it can be a challenge at times to figure out what choice to make or thing to say. Not challenging in the sense of morally difficult, but I do think sometimes either the translation or just the cultural differences creates a bit of a gap in what I intend to what the game then executes. It is not a huge deal, but something that I hope future games in the series will clean up a bit. 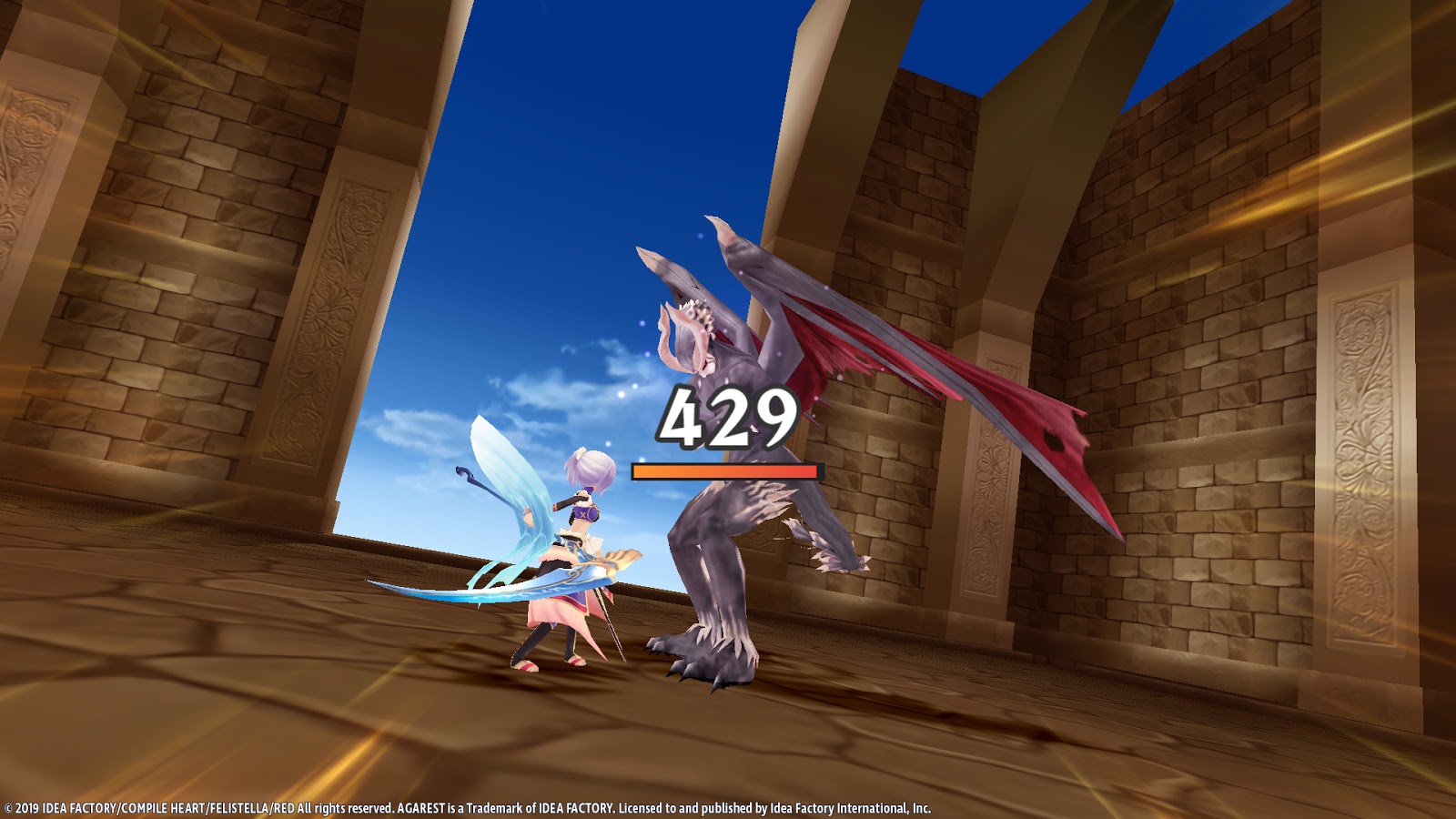 Right there however, is the key: I want to see future games in this series. I really enjoy it on the whole, I have fun with it despite a few flaws, and this feels like a safe way for Idea Factory to test the waters. This is a game that was already made, so now it is getting touched up and translated - less effort than making an entirely new title. Hopefully Record of Agarest War Marriage is well-received overall, and the Idea Factory is encouraged to release this on console and also later revisit the series with a new title.