You are reading
JackQuest: The Tale of The Sword – Switch Review

JackQuest: The Tale of The Sword is a Metroidvania game with retro sprite graphics, responsive 2D platforming, a long flowing scarf that would make Proto-man proud, and a massive sword that would give Cloud Strife a run for his money. With accessibility upgrades like swimming, the double-jump, and more, this has all of the makings of a classic metroidvania game that could set itself apart from a veritable sea of other metroidvanias that are swarming the market.

The story of Jack Quest is pretty simple. A demon/creature has stolen the girl and it’s up to you to defeat him and rescue her. After she is stolen, you meet a talking sword that claims that it is a fellow hero that has been cursed and turned into a sword, and you have your trusty weapon for the balance of the game. This talking sword periodically says things that are clearly designed to help you believe that it’s a cursed hero, such as ‘kill kill kill’ or ‘just trust me’. After that, the story developments pretty much cease, with no real interactions with any of the bosses or other characters for
the balance of the game. 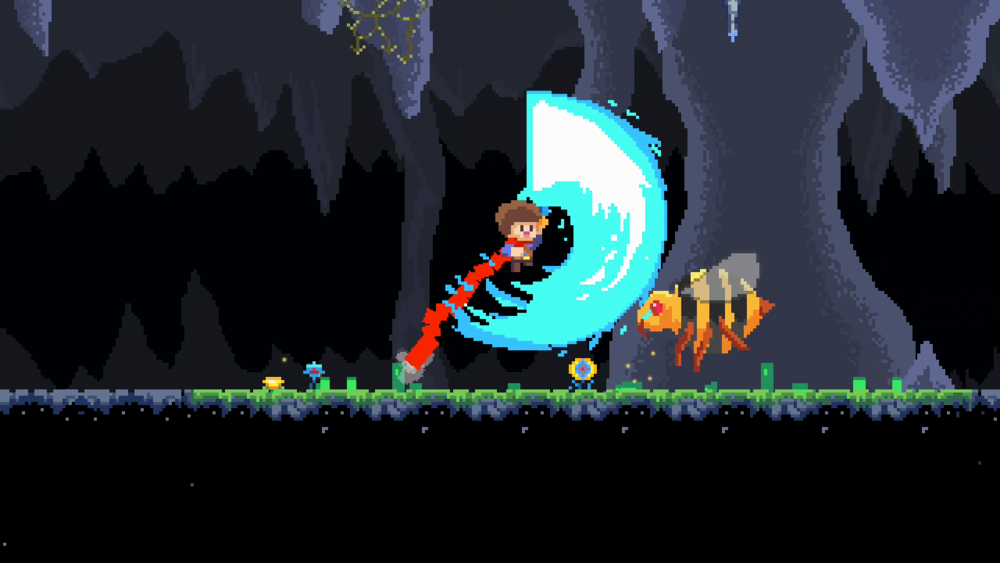 Gameplay is basic and simple. Most Metroidvania games with melee weapons add extra combos for you to unlock, but Jack Quest doens’t bother. Most Metroidvanias add some form of fast-travel, but you guessed it, Jack eschews things like teleporters, damage upgrades, or really anything outside of a nigh worthless bow, double-jump, the ability to hold your breath underwater, or expand your hp/crystal points.

JackQuest spends a very large amount of effort setting up a plot twist or a big reveal, only to have it fall flat on its face, with the truth being the face-value of how things are. Why they’d put so much effort into preparing you for a betrayal only to simply never touch upon it is beyond me, but it feels like a huge letdown. Any depth to the story is essentially wiped away with this decision, and as a result, the story arc is pretty non-existent. 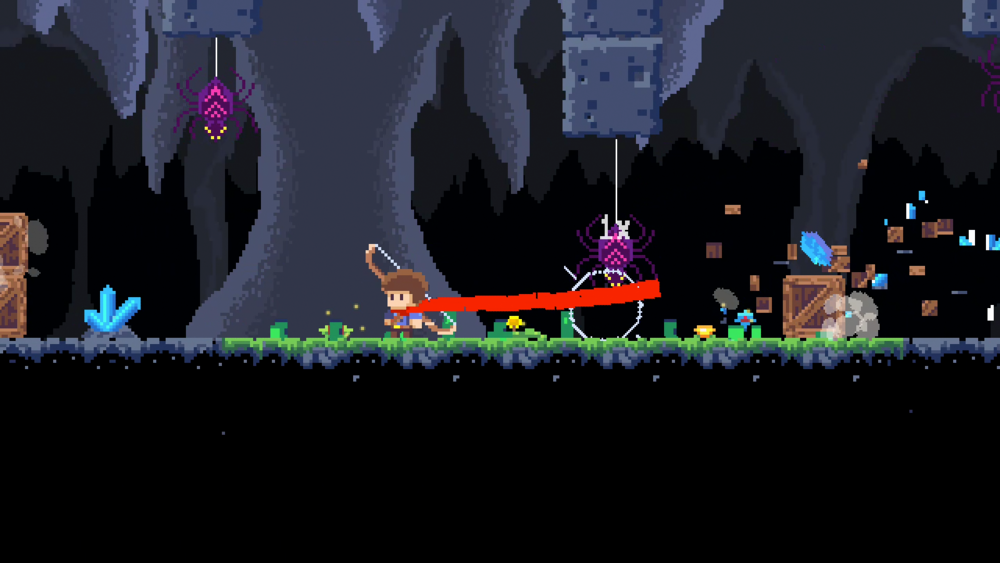 My biggest gripe with the game, though, has got to be that save points don’t heal you. This results in a grueling process to heal up that involves breaking a crate for ½ a heart of life, then saving and letting something kill you. Loading your save back up, the healing carries over, but the crate is re-spawned. Break it, collect the healing potion, save again, then suicide. When you have 6 hearts, that means having to do this up to 11 times just to heal up.

There’s no reason that this is this way, and it is an artifact of bad game design that has somehow made it through to a modern day game. Finally, the map is very zoomed in (When you finally unlock it) forcing you to look at 1/20th of the map at a time, instead of just seeing the whole thing in one. It’s neat that they made it in the shape of the pearl that gives you map access, but it’s obnoxious, and makes the map an actual pain to use. Power ups in games shouldn’t cause more frustration than assistance.

JackQuest: The Tale of The Sword could have been truly great, with all the makings needed for a memorable game that balances between nostalgia and modern design principles. Regrettably, this game lands far from that mark, and as much as I’d like to, I just can’t overlook those things. Don’t get me wrong, it’s a good game, but there are definite improvements to be made to it.