Esbjerg, Denmark (March 1, 2019) – Smash, dash, shoot and score your way to robotic victory in Mad Machines, the new independently-developed multiplayer sci-fi sports title from Hero Blocks ApS. Mad Machines launches on Steam as a free-to-play title and invites new players to install now, before the game’s competitive campaign will kick off on April 4 with Season Zero. Players who play today start earning in-game skins for weapons and machines immediately – all for free.

Mad Machines is a competitive multiplayer game inspired by several sports including football, hockey, tennis and baseball. Precise ball-striking mechanics and a frenetically-fast melee combat system must be mastered to win. Each playable machine features a powerful magnet used to control, pass and shoot the game’s deadly Spikeball. Players can play 1v1, 2v2 or 3v3 games. Once the season starts, players can earn free content from playing and competing in ranked ladders to highlight their in-game skill. 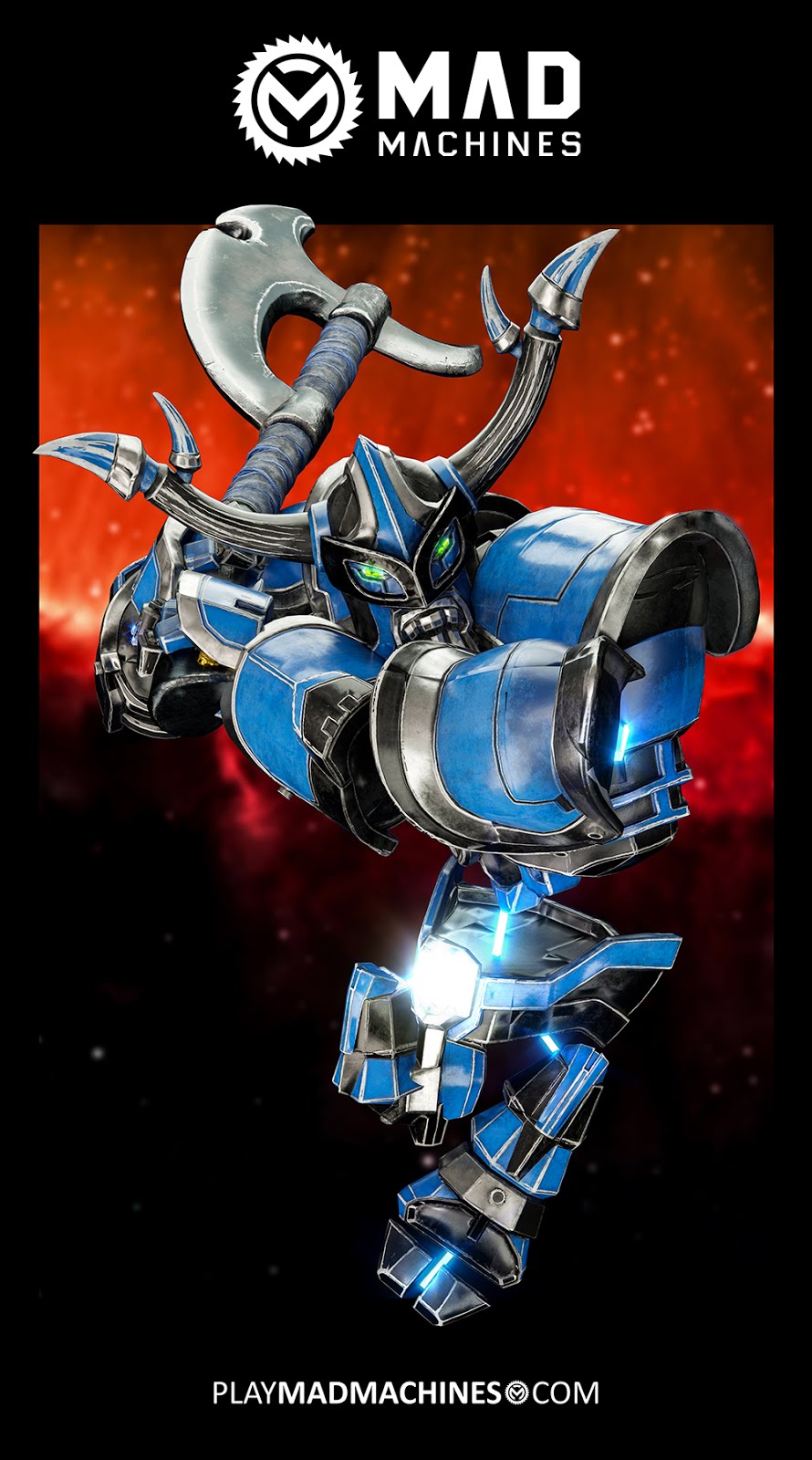 “Mad Machines is a sport in the making and we’re ready for the passionate players on Steam to join us on this journey,” said Hero Blocks CEO Carsten Nissen, who is also the game’s lead designer. “If you want to showcase your talents as a gamer and a teammate, Mad Machines is ready for you to achieve greatness. And with the awesome free content we’re releasing for players to earn, there’s every reason to play Mad Machines today.”

Mad Machines launches on Steam with three classes – Assassin, Support and Heavy, and each class will have a playable model:

Mad Machines introduces the season pass system with its launch on Steam, which begins with Season Zero on April 4. Players who buy the $9.99/€7.99 pass gain access to custom skins, new weapons, in-game badges, banners and access to exclusive tournament rankings. There will also be a limited-time “Founder’s Weapons Pack,” which includes one weapon skin for each class and is only available until Season Zero begins for $14.99/€10.99. 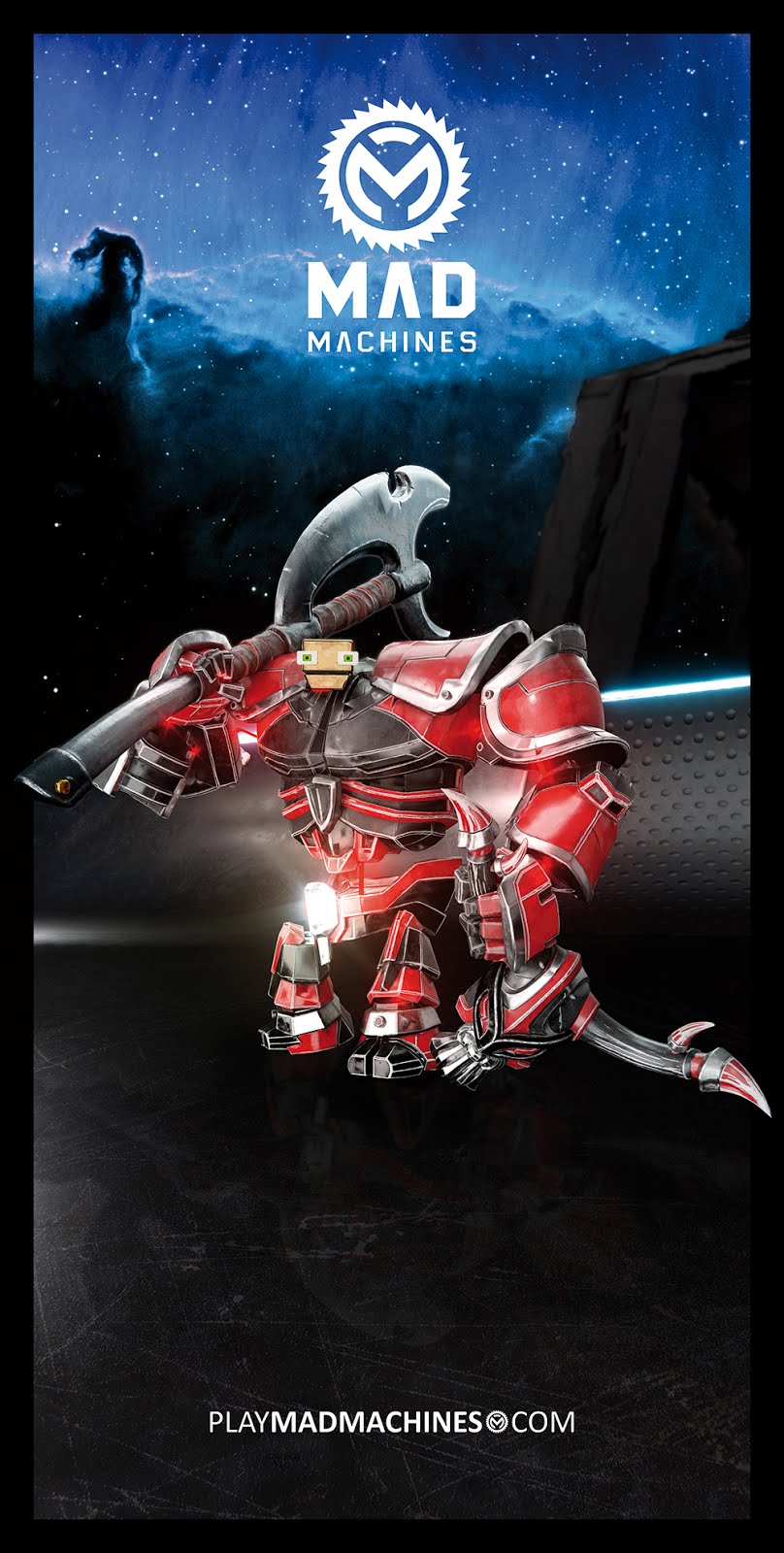 Players interested in both can purchase a limited-time “MAD Bundle,” which offers both the Season Zero pass and “Founder’s Weapons Pack,” for $14.99/€10.99. More details are available on the game’s Steam page, including about Grease, which includes a Monkey Wrench weapon for $3.99.

“When you’re creating a sport, you want to also create great opportunities for competition, which is why Season Zero is such a priority for our team,” Nissen said. “We see this as a real opportunity to learn from players and show why we’re so passionate about making this game with them.”

Hero Blocks not only spends a lot of time working with its community to make updates to Mad Machines, it also shares a roadmap of content it’s planning for future updates and seasons. Players can play on Steam, watch the action on Twitch or YouTube and join the community on Facebook, Twitter and the game’s official Discord server.

Hero Blocks is an independent game developer located on the west coast of Denmark. Co-founded by CEO Carsten Nissen and long-time tech entrepreneur Thomas Illum Rasmussen in 2016, Hero Blocks strives to make games that go the extra mile in regards to gameplay, feel and look. It’s currently developing Mad Machines, a sci-fi arena sports game, for PC and is available in Early Access on Discord and Steam.