You are reading
Chinese Paladin: Sword and Fairy 6 – PS4 Review

Sword and Fairy 6 is the latest release in a long running Chinese series of RPGs that we are only really getting to see now. Starting off in a town in which you are attacked almost seemingly out of the blue by two strangers protecting another, it becomes quickly apparent that they are on your side as they join up with you in order to uncover and stop a corruption that seems like a legitimate charity on the outside but is anything but on the corrupt inside as people are being sacrificed to a god.

Form the onset two things are clear. One? The storytelling is awesome and will keep you hooked. The second? From a technical and performance standpoint Sword and Fairy 6 is an absolute mess. Running on even a PS4 Pro, it’s slow, choppy, laggy and often I wondered if my PS4 hasn’t crashed. That said, even as bad as it was in overall performance, there’s a magic to it that kept me coming back again and again to further explore this world that was set before me. 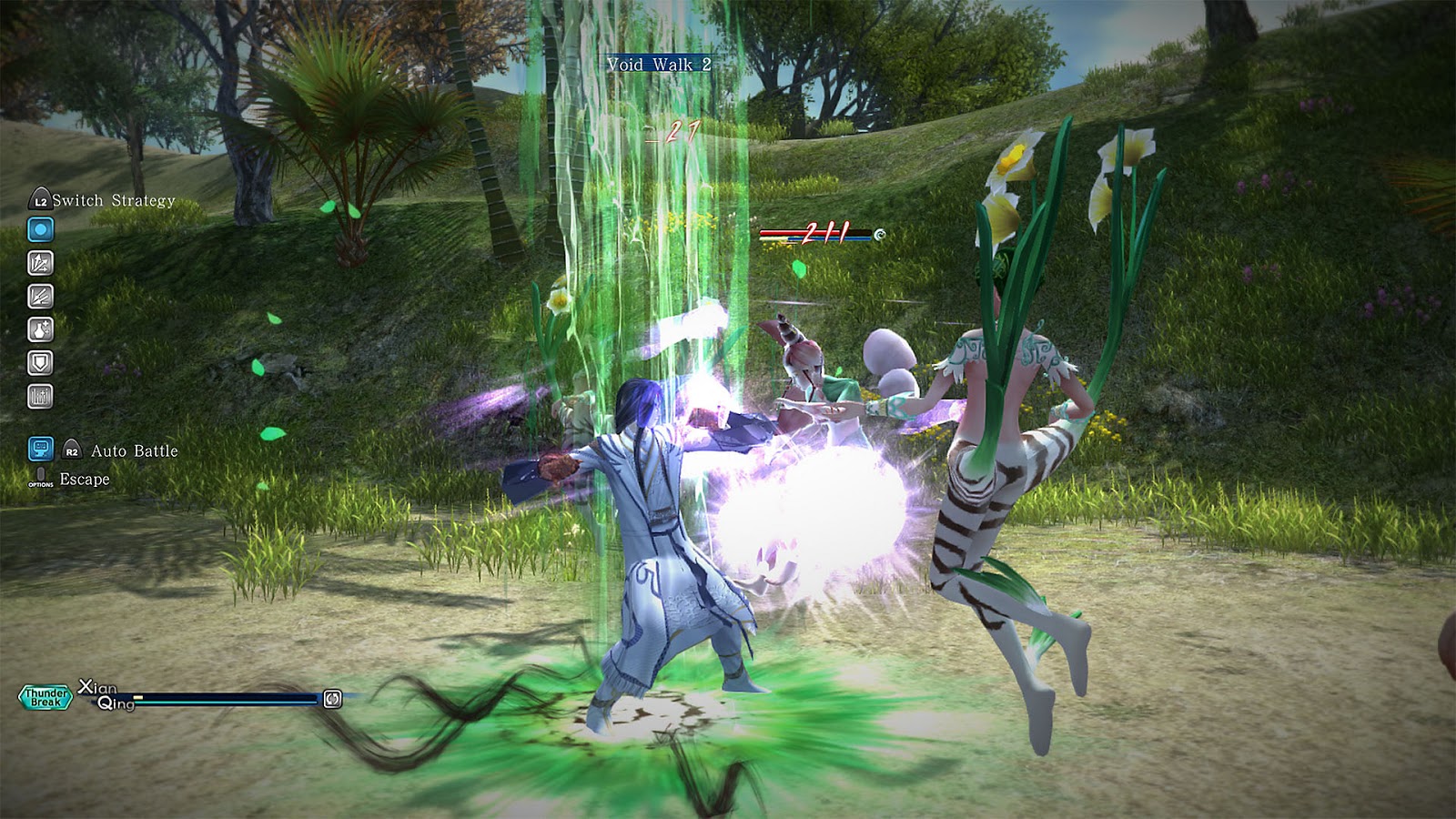 Being bilingual, it’s rare that I’m left out of a conversation where I live. The core languages are English, French, and then there’s a good spread of others but never enough to pick up on anything. As I’ve essentially being playing games and watching anime forever, and generally Japanese ones at that, I can often look away from the screen and know what is being said just because I’ve picked up enough to know what I’m hearing. Could I speak it? Short of some words, no. But it’s enough to allow myself to be a bit distracted. Sword and Fairy 6? I wish the subtitles weren’t white on nothing as while it feels like a JRPG, it’s not, and if you take the first part for granted, you’ll miss along as the voice overs are all in a Chinese dialect.

The above leads me into my next point. Of late a good portion, not all, of RPGs have been trying to go bigger, flashier, and louder than the rest at the cost of what they should be. Truly story driven with a good narrative and added gameplay to top it all off. Dragon Quest XI showcased that the Enix side of things still have it but the Square side, as excited as I wound up being over time, Final Fantasy XV and Kingdom Hearts 3 were ok at best. And they aren’t alone in that vein of thought. So with that said, while Sword and Fairy 6 is a technical mess, it’s a well written one that is fun to play once you’ve saddled up and past the issues as it doesn’t try to be super flashy at the expense of the storytelling. 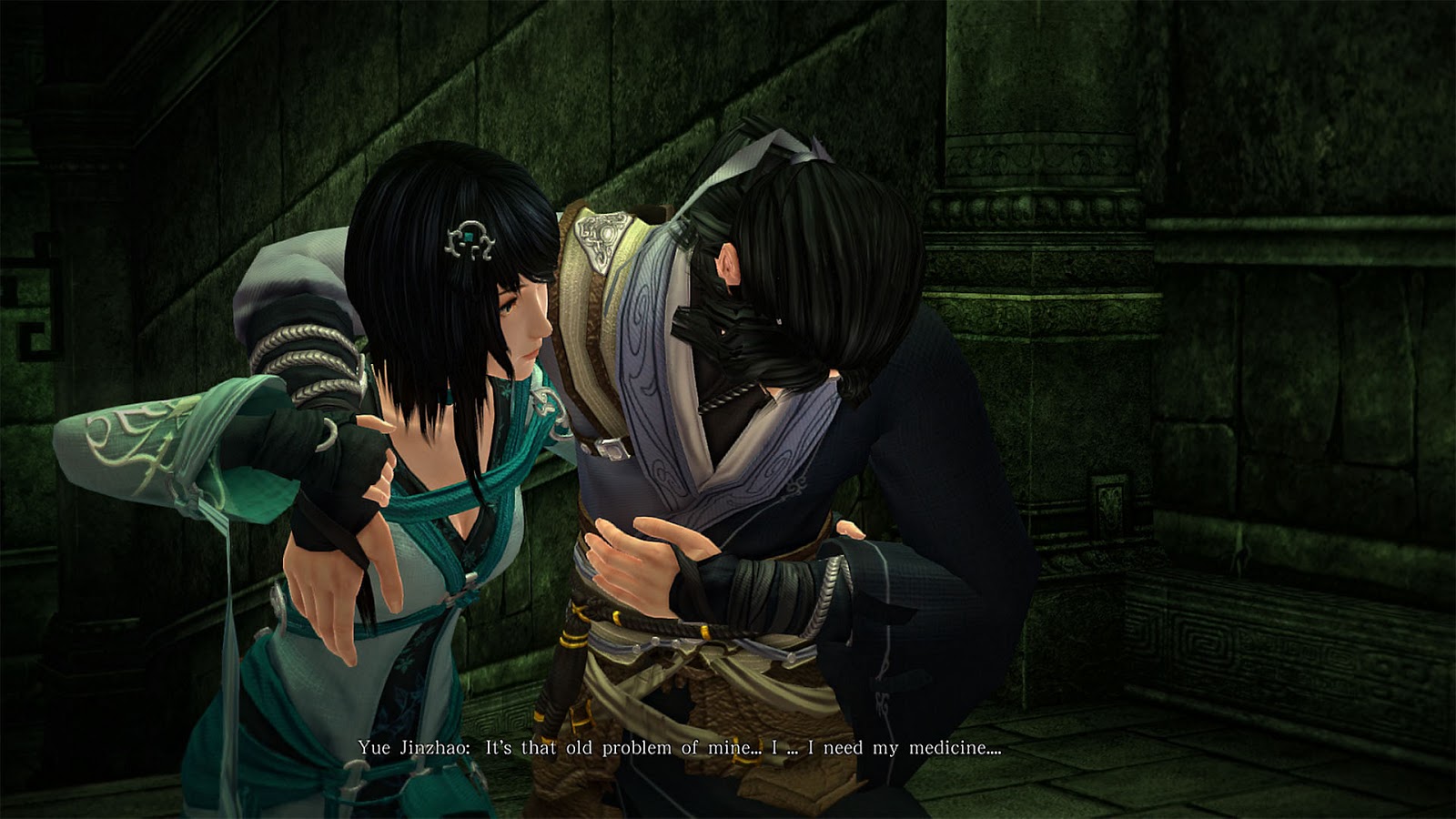 The overall gameplay is pretty standard making me think of a PS2 title. You move your character around a map whether it be a town or a dungeon and you move towards your next story point. While in a dungeon though, moving toward an enemy will trigger a fight, cue a bit of a load time, but once the fight has been loaded up, wow, the battle system? Take the ideas of the Dragon Quest’s series’ styles of automatic combat like “Fight Wisely”, “Heal”, or “Go all out!” and mix it in with the Legend of Legaia’s martial arts turned based combat system but with an active time battle. It was a bit confusing at first but it then started to make sense after a few battles once you’ve settled into the flow of it.

So taking control of one character, and having the others operate through the AI, you get to choose from a list of moves that the character has. Each of these moves while being their own form of fancy martial arts or magic, will take up a value of one, two or three for example. Being able to chain up to a total value of five, you could spam a basic one point move or experiment with a 1-2-1-1, 1-3-1, or 1-2-2. It’s really up to you and what the situation requires. If you want to simply lay back and allow things to go their own way, the auto combat is really well done, but like in Dragon Quest for example, you’ll want to keep your hands on the controller for boss fights.

So other than the various technical issues that Sword and Fairy 6 has, it’s a good title. With customizable battle styles and a good battle system alongside good storytelling, there’s plenty to love if you can get past the awful load times and the choppy performance.