Neo ATLAS 1469 is an interesting title – a simulation game at its core with some other interesting elements sprinkled in. At its best, this title is ambitious. At its worst, Neo ATLAS 1469 can find itself somewhat lacking in identity. It was one of those games that got off to kind of a rocky start with me, but as I spent more time with it, Neo ATLAS 1469 grew on me.

Why do I say things were somewhat rocky to start? The biggest issue is the tutorial / introductory period. You need to work through oodles of text and there is no means of skipping it (well, you kind of can, but you kind of can’t as you still have to do the tasks set forth in the tutorial whether you want to read the accompanying words or not) or saving partway through, so make sure you have a decent chunk of time set aside when you kick this one off. From there, it is pretty clear that the developers at ARTDINK had a lot of ideas they were trying to fit into one package. This is also a lot of text to be had here – like visual novel levels of text. That is not necessarily a bad thing – I enjoy dialog and some narrative to go along with my game, but I can see that aspect being a frustration for players just looking to sink their teeth into the meat of the content. 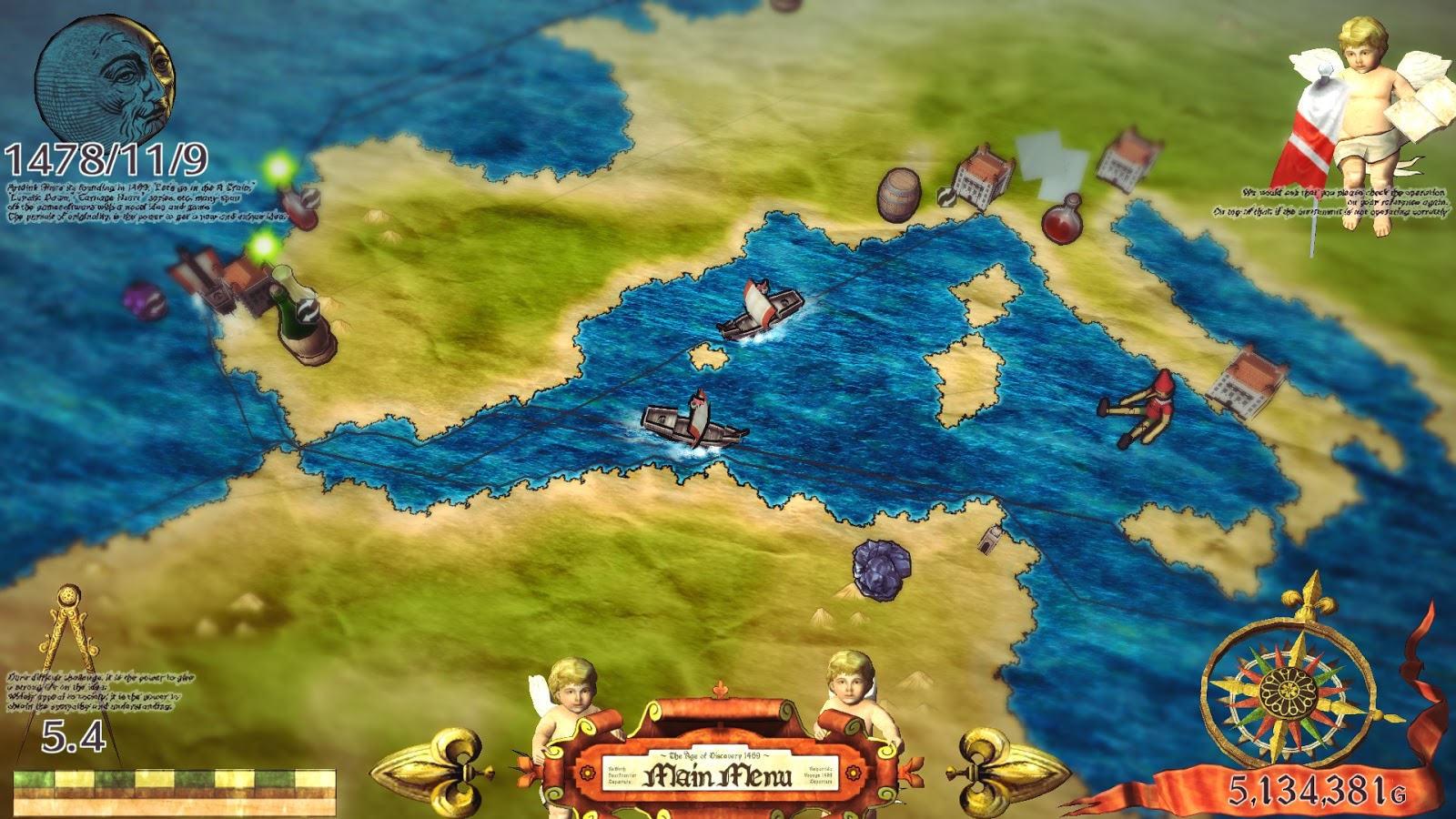 Once you get through the lengthy introduction and get to assemble your crew, it is time to head out to sea. The idea is that you are going to build your own trading company, but a major part of that is exploration. You will rely on your admirals to help execute on your exploration plan, each one with different abilities as they disperse the fog of war around the map. They return with a report of their findings, which is an interesting third-person way to receive information like this. You can find out if they encountered hazards, found land or potentially unlocked side-quests. If you agree with these findings, they are locked in – if you disagree, the potential for new discovery still awaits. It is an interesting, if somewhat odd mechanic that mashes up some randomly generated items with set ones to help create the world as your fleets go out to explore.

While exploration is the most important and, at least for me, interesting part of the process, it is really more of a foundation for what is to come. Once you start to flesh out the world through exploration, you then find yourself with trade routes that serve as the lifeblood to your burgeoning trading company. These, combined with the aforementioned missions, serve as something of a payoff for the exploration component, and it is nice getting the rewards to come in, but they feel somewhat thin compared to the exploration aspect. There is combat that can occur as well, but similar to the trading operations, streamlined options make the game approachable, but also somewhat shallow and not as interesting as it probably could have been. 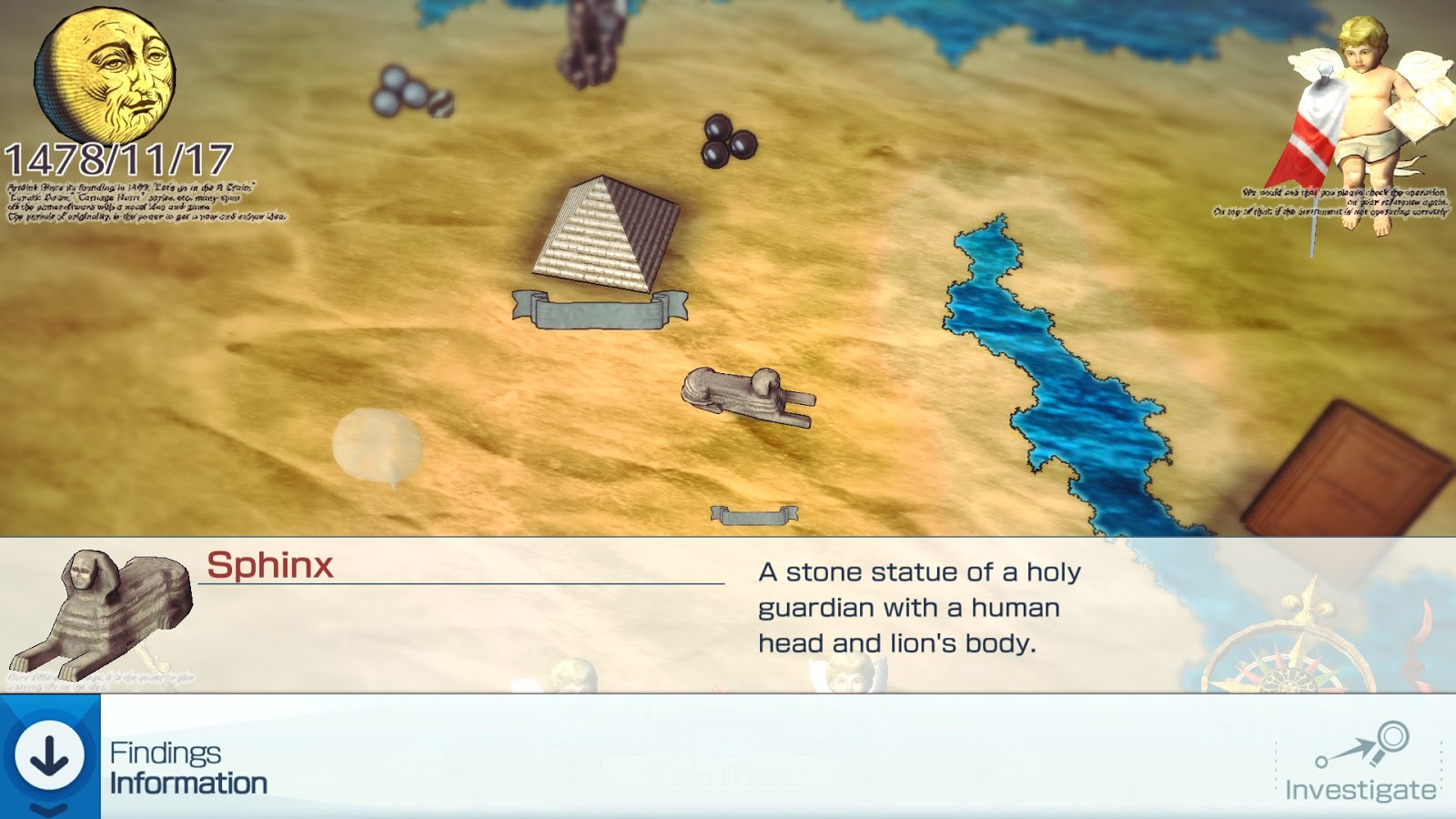 From a management standpoint, it makes sense to have a high, bird’s-eye view of things, and that is not uncommon in a simulation title of this nature. However, much of what happens just feels like busywork that I am intentionally a couple of steps removed from due to the nature of the game. Quests and exploration are the high points, with the occasional kraken or pirate encounter tossed in for good measure, but even the combat lacks much in the way of feeling rewarding. The first time I killed a kraken it was pretty cool, but a dozen krakens later, and I was really not all that excited by them.

In terms of presentation, Neo ATLAS 1469 is solid if unspectacular. The visuals are kind of neat, with splashes of color that remind me of actual, old parchment maps. This is actually based on a game for the Vita, and as such has had a slight visual refresh, though it is not going to blow anyone away either. Even during the narrative portions, you are getting still images and not movies. It gets the job down. The same can be said of the sound and music. They are both there, they did not offend me in any way, but there was nothing particularly memorable that I took from the audio either. 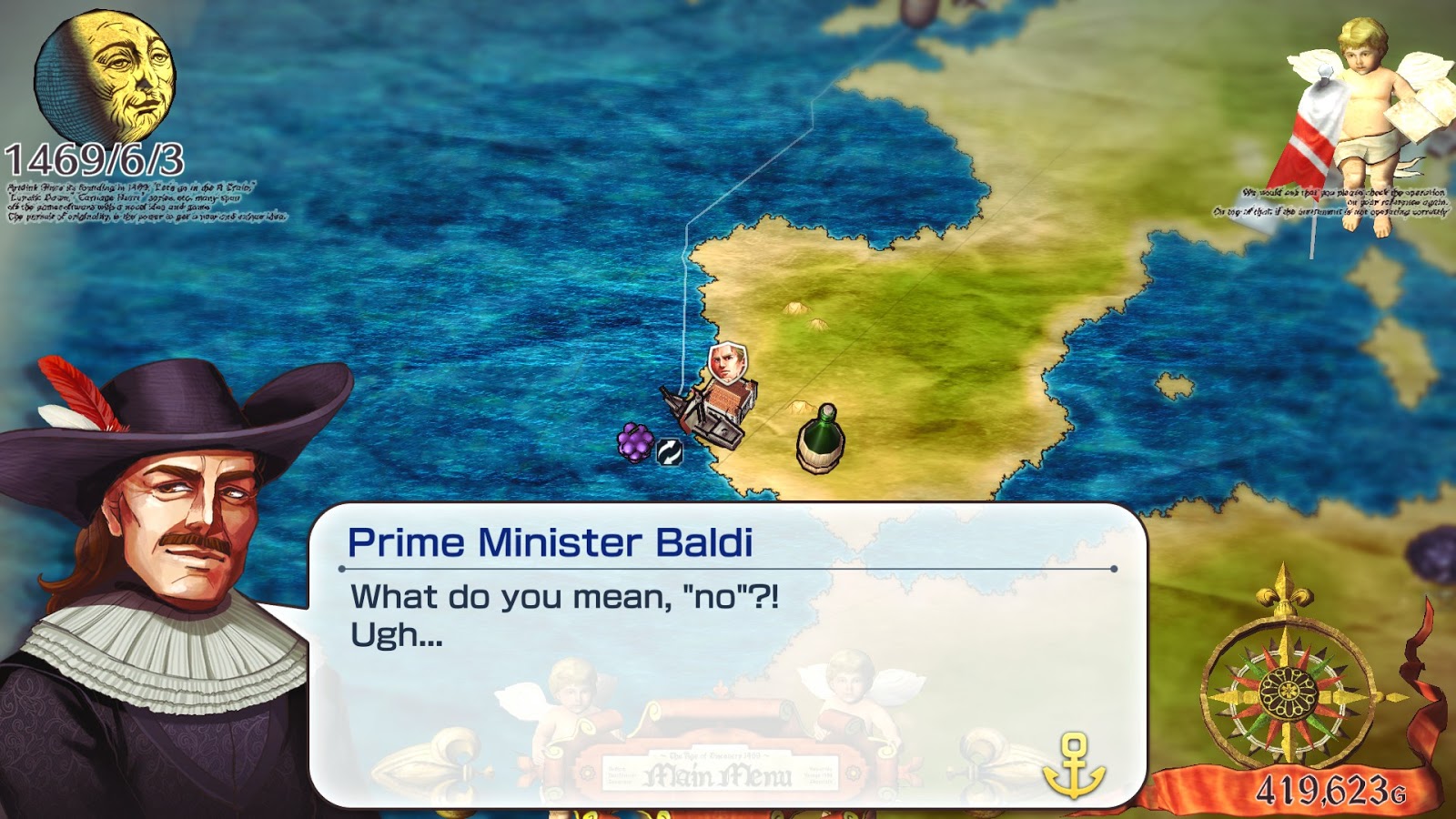 It was actually kind of nice to see a full simulation title like this on the Nintendo Switch, and it all works just fine, even if the content is not going to be for everyone. With loads of text and a somewhat distanced, managerial perspective that keeps quests and combat accessible while at the same time not being all that exciting, this is what Neo ATLAS 1469. It is fun revealing the world through exploration, but everything else is simplified almost to a fault, making for a shallow experience while at sea.