You are reading
Yet Another Zombie Defense HD – Switch Review

One would almost think that it’s Halloween with all of the Zombie action that’s been going on of late. Resident Evil, OMG Zombies! and now Yet Another Zombie Defense HD plus our recent coverage of the Walking Dead: The Final Chapter. Simple, to the point, this tower defense will pit you against the endless undead hordes with whatever weapons you can afford to buy!

If you’re looking for an in depth reason of being, you won’t find it here. Three game modes: Survive, Endless, Deathmatch. Four characters. Single Player, Coop or Multiplayer Versus. That’s it. While that is all that Yet Another Zombie Defense offers though, it offers it well. 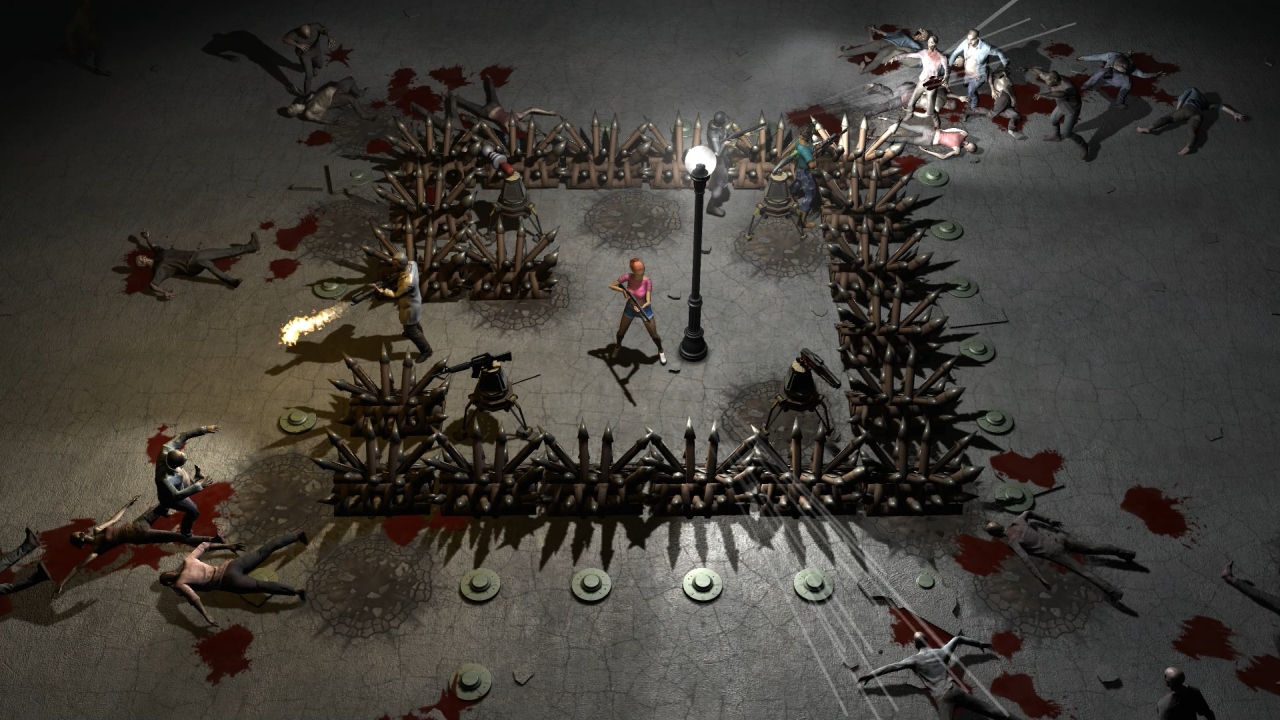 The gameplay is sturdy and while it may not seem to be very well balanced at the beginning, that fell more onto me playing it like a standard twin stick shooter than a tower defense in which building up barricades and mounting turrets will be the only way to survive. Playing the basic survive mode, you’ll have to survive waves of zombies and other creatures over the course of a “night” and once day breaks, you can buy new defenses and guns in order to protect yourself.

Surviving the night will net you “experience” if you will that lets you level up. Faster reload times, faster movement speed, health regeneration, all things to help you keep on surviving. Where you’ll want to be a bit more adventurous is in picking up the loot that drops before it disappears. While seeing ammo leaving hurts a little bit, seeing money fly off to the wind is worse because you’ll need it to buy more ammo reserves and keep your defenses in place. 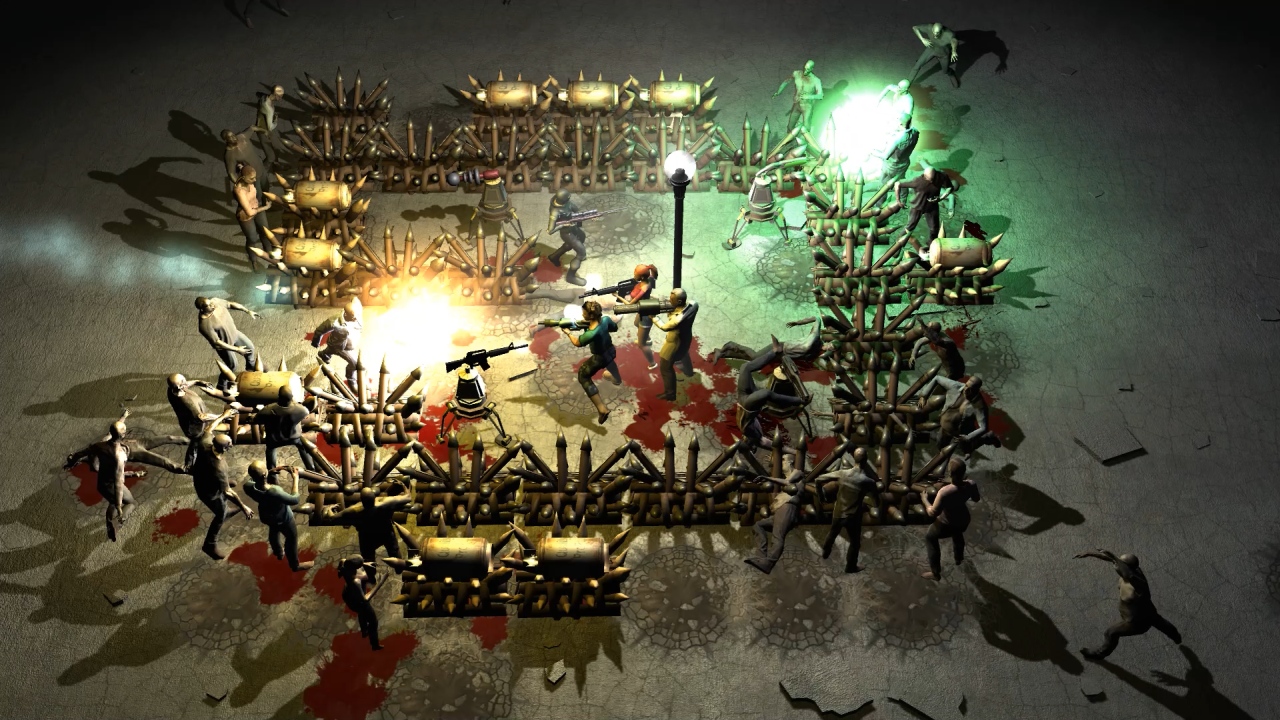 Where Yet Another Zombie Defense does this a bit differently is that you don’t just have a “turret” to drop and it’ll do the work for you. You can buy either a standard or advanced turret and once those are in place, and safely behind their own barricades, you’ll have to mount a weapon on top of them. At first I thought it was weird that I had five shotguns when all you can only really use is one and then it hit me, mount them. Each of these mounted weapons will work independently of you however they’ll only keep reloading and shooting as long as you have ammo in the bank to fill them up. It changes the formula up a bit but in a good way.

Adding in players is super easy, someone else simply needs to grab an extra controller and jump in on the fight. Tired of playing for survival? Going head to head can be an easy way to release that tension as instead of fighting zombies, you’ll really be fighting yourselves while trying to stay alive from the zombies. It adds in just that little bit of an extra touch to make this not just another tower defense, but one that could easily stick out from the crowd.

Yet Another Zombie Defense HD is a great addition to the Switch and for people who are looking for a break from their xth rounds of Mario Kart or Smash Brothers. With several game modes and study controls, there’s enough going on with the ever increasing difficulty to keep you and your team going for a while!