Having fought against various foes in order to reign supreme in the lands of Gensokyo before Christmas, Richard took our first look at Gensokyo Defenders on the Switch. With the latest Touhou releasing on the PC for fans of bullet hells, shoot ‘em ups and tower defense, you’ll be following the Ice Fairy Cirno on her adventure of domination and personal growth though the new set of bullet hell battles once known as Danmaku.

Gensokyo Defenders hits a good balance of character interaction and trap placements. The action based tower defense style is a hard one to balance and while some are better than others, this one finds a home somewhere in the middle. Like most tower defense, enemies will be following a predetermined path to your base which contains a limited about of hit points. In order to prevent this from happening, you’ll be using a character to fight them off while also placing defenses in your enemies’ paths to help you out by either slowing them down or thinning them out.

Starting off with Cirno before other characters both new and old, or at least new and old for me, join up, you’ll be learning the ropes of defense which rely more on your character, your skills with the shoot ‘em up style, and your tactical use of magic spells with a limited mana pool. Moving around the map is easy and can be done either quickly to beat the enemy back to your base or more slowly that allows you to perform your range or magical attacks. Something a little interesting is that no two characters are really the same which makes trying them each out quite fun. You’ve got those that are balanced like Cirno, but then you have others that are giant wrecking balls like Utsuho who will destroy the enemy and your own trap placements if you’re not careful. She’s scary… 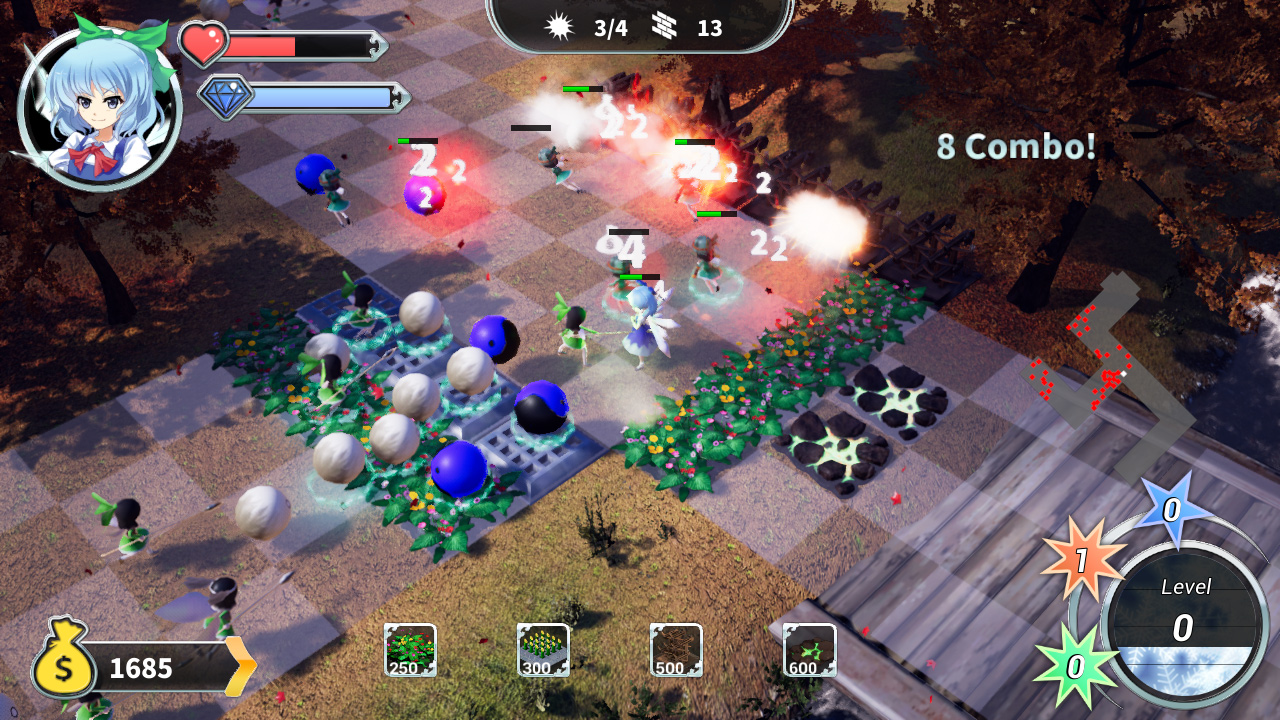 Placing your own traps is easy as long as you’re paying attention to what you’re doing. Some traps like spikes or bushes are designed to be put in an enemy’s way so that they walk over it and get hurt or slowed. Others, like the towers, are designed to be placed off to the side of the path in order to hit anything that is walking by. As you complete stages you’ll gain access both to new trap types and the possibility to level them up.

With a total of four towers that can be equipped at a time, and these are not locked by characters, it was nice that you could remove any upgrades and apply them to another. The same system applies to character boosts which can increase their hit points, mana points or speed amongst other abilities. The catch to all of the above? The amount of points that you can invest depends on how well you completed a stage.

Completing a stage is as easy as defeating the boss on the very last wave. Completing a stage well however depends on how many hit points your base has left at the end. One enemy getting through is one point gone. You dying on the field of battle is about five points gone. So in reality, and part of the better design, is that you can afford to let one or two through, but more than that, and you’re getting a two out of three star performance. Each star you get equals one upgrade point so you’ll really want to aim for those three stars if you want to keep up with the scaling difficulty. 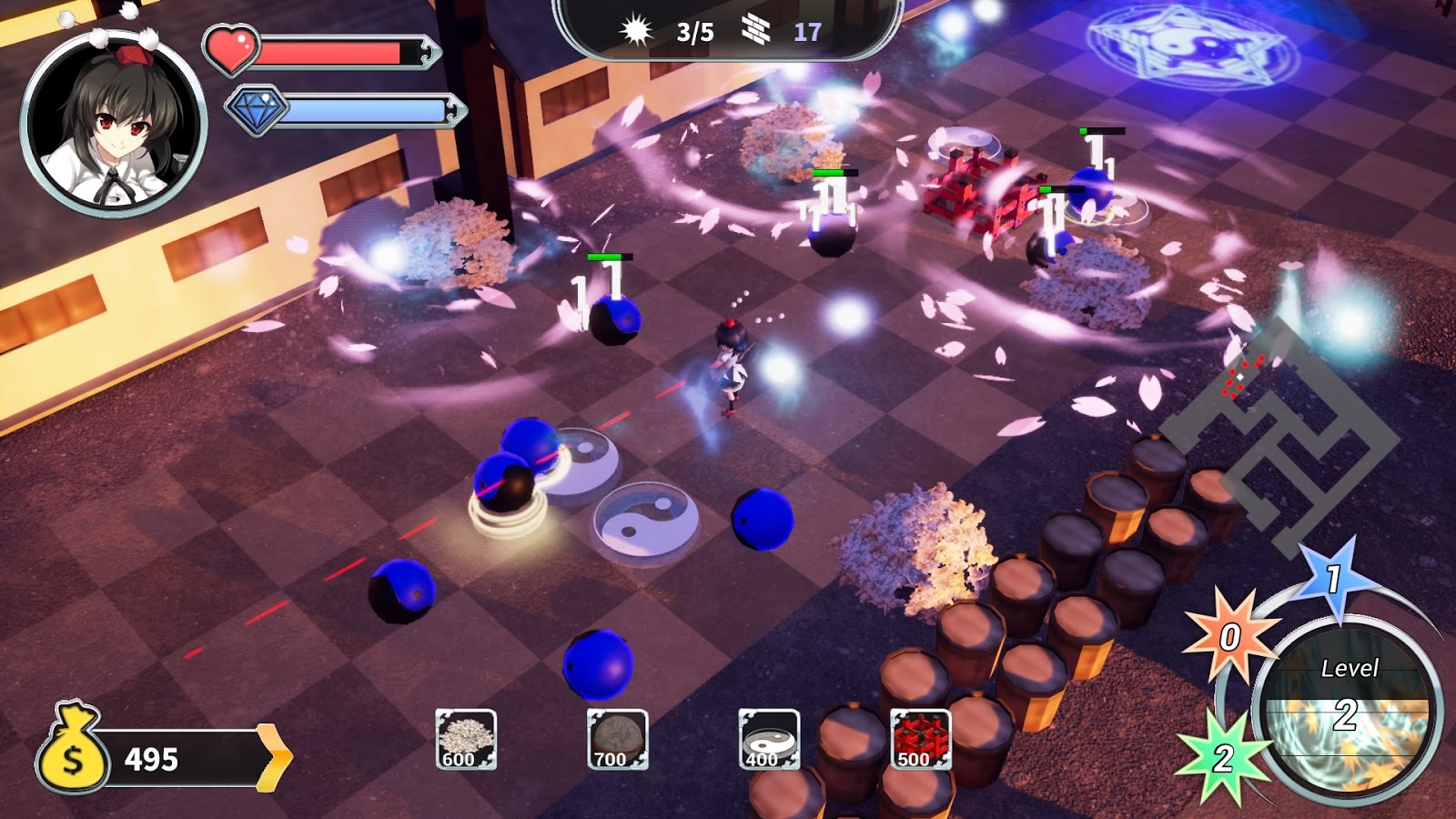 If there were any issues with Gensokyo Defenders it would be that the PC port is not quite the smoothest that it could have been. Even while using a controller the mouse cursor is constantly in view on the last menu item that was selected making it a good idea to keep the mouse close by. Added to that, there’s a bit of screen tearing that can happen and with no Vsync option, the visuals can give a bit of a headache until they finally decide to smooth in. The only other issue that I had, and this was more of a me issue, is that the overall wave process felt slow and there was no way to speed it. This could get pretty long sometimes especially when you had almost an entire wave of slower mobs.

Overall, Touhou: Gensokyo Defenders may not be the best Action Tower Defense out there, but it’s a good one. With many different characters and loads of stages, it’s provides a fun time and the craziness that Touhou is renowned for.