You are reading
Fade to Silence – XB1 Review

Fade to Silence is possibly one of my biggest surprises of the year so far. Set into an unknown future after an apocalyptic event, you wake up from being dead and face first on the stone by a malevolent spirit telling you that you have failed. Getting up from the frozen ground of this icy apocalypse, you find a torch and start to smack your way out of the tomb and into the greater freezer where you wonder what exactly happened as this icy wasteland is littered with Eldritch horrors just waiting to either make you mad or eat you alive.

Being “Hard” or “Difficult” lately seems to be a bad word when put into the context of gaming. It seems almost like we’ve gone back from people wanting a good challenge and to come out on top to wanting everything simply handed to them on a diamond encrusted silver platter. Fade to Silence is hard. It’s not easy. And it’s not exactly accessible either. That said? It’s freaking fantastic and it’s one of the better Action, Adventure, Soulsborne, Roguelike experience that I’ve had the pleasure to sit down to in a while.

Getting up from the cold ground, you are given your first set of tutorials before being thrown off to the wintery wilds that you find yourself within. Moving, dodging, hitting enemies and watching your stamina bar are all among the first things that you are told. As new features come up there’ll be a prompt that you can read in your manual but often, you’ll have to figure things out on your own as these prompts are only there to remind you what you know, not teach you anything new. 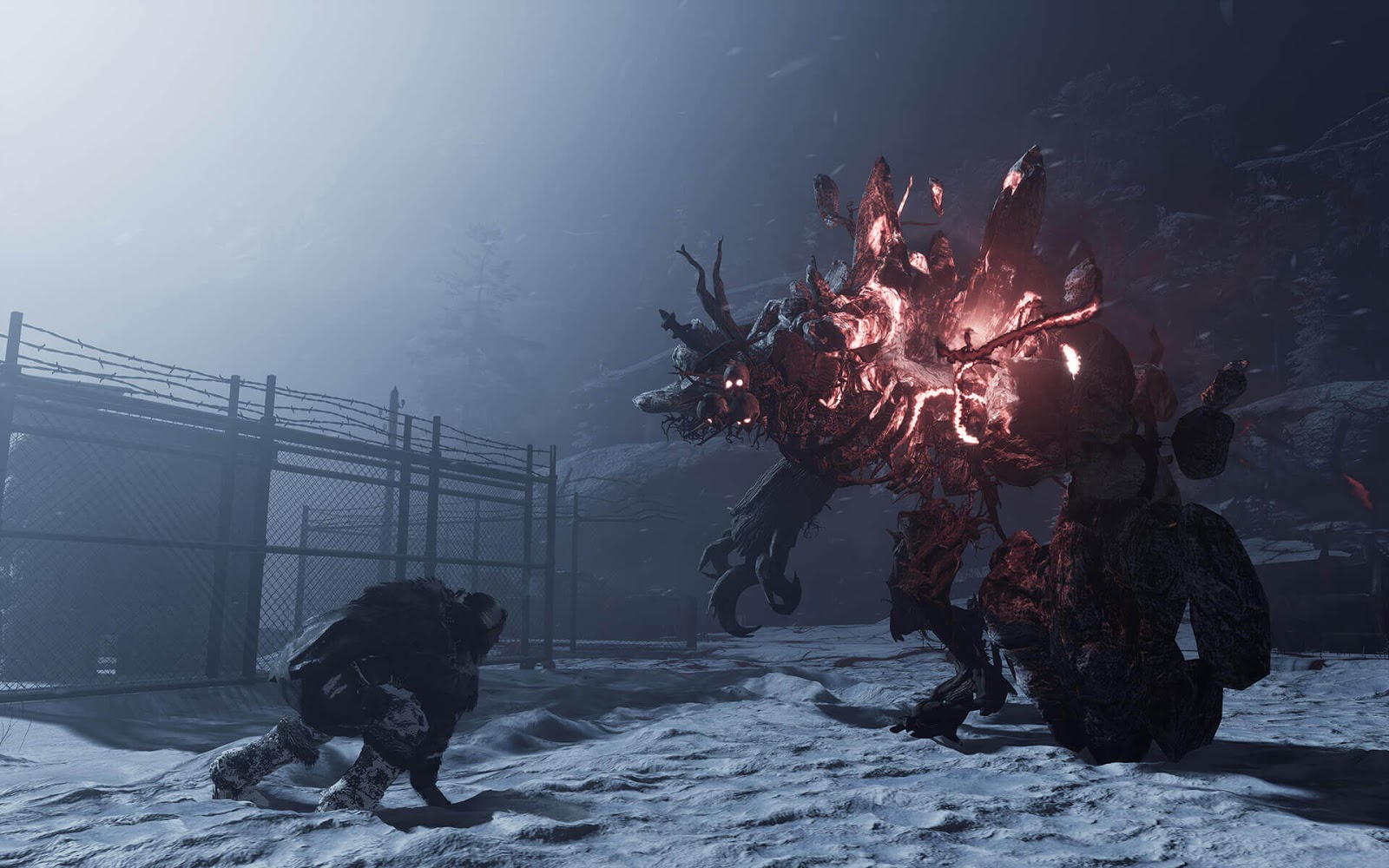 From this point, you’re on your own. It seriously took me about an hour or two to figure out that I could craft items. Prior to that, I went out, I fought Eldritch beings, I picked up scrap, I picked up firewood, but I had no idea when I would find an axe to chop wood, a pickaxe to mine ore or a bow to shoot for food. Then I also died a few times and unlike Dark Souls, or Demon’s Souls, Bloodborne or Sekiro, Fade to Silence falls more into Hellblade: Setsuna’s Sacrifice in which you can only die so many times before game over. How many times you ask? Three.

You can die up to three times before you you hit an actual game over. This alone puts a stress that you can’t just simply go nuts on your exploration, but at the same time, since you can literally freeze or starve to death, you can’t just sit around. There’s a fine line that must be walked and in the beginning, without knowing what to do, it is rather stressful. Thankfully once you start learning to craft things become a little easier. Making tools to get firewood or food will help you move further out from your main base as you cross the corrupted snow lands in search of materials and answers to your current predicament. 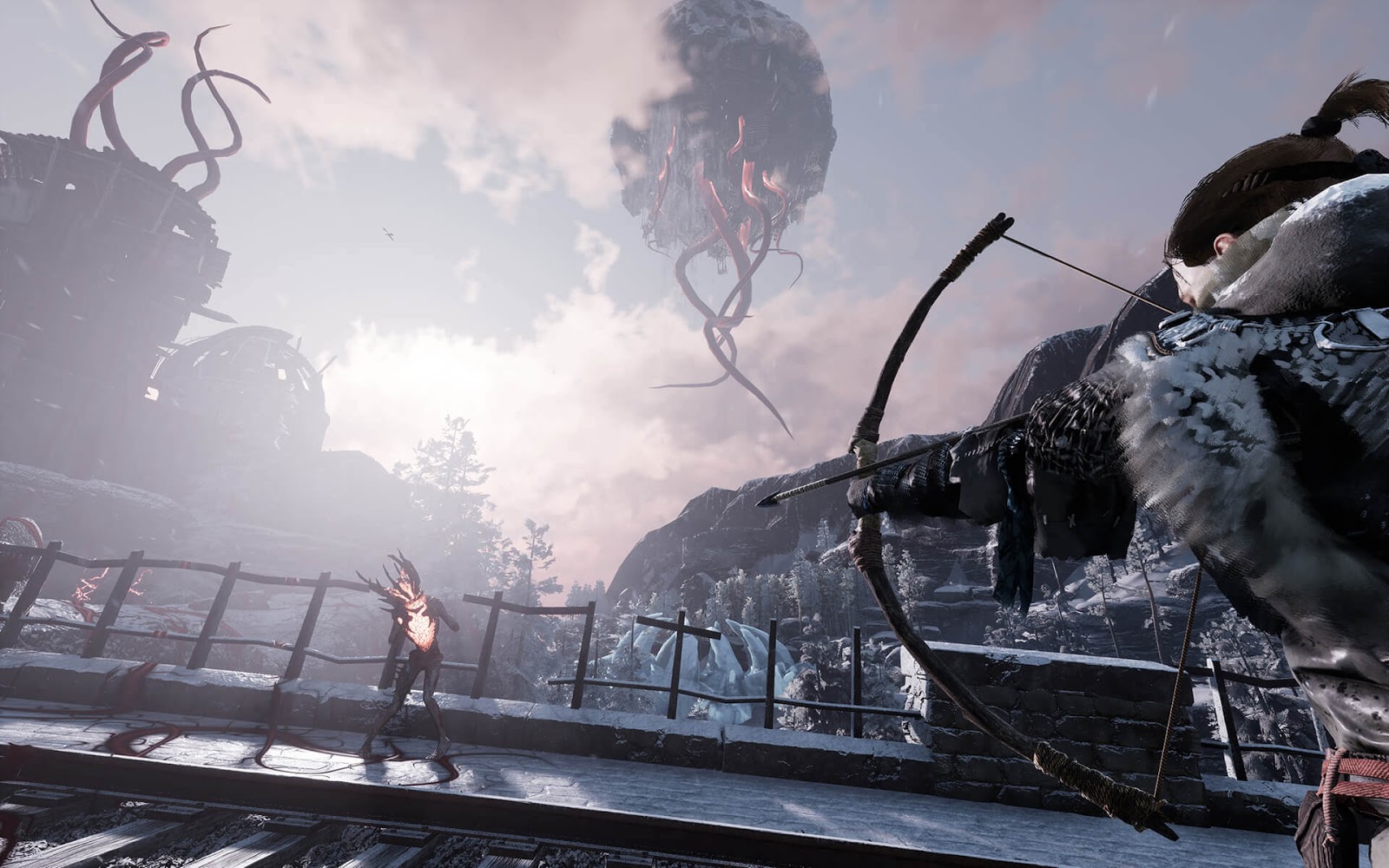 So what do you actually do other than explore and look for way to stay alive? While doing the former, you’ll also be moving towards these… maw like, tentacle weird, corruption generators… in order to purge them from the land and acquire more resources and pathways to move further. These small corruption points will lead to even larger ones that will come defending by more powerful foes than you generally face but once you’ve defeated them, the rewards they drop will help you continue moving forward as everything is limited so if you don’t push, you’ll die. Taking out these larger outputs will also give you some other neat bonuses like a teleport point and another “life” which will help you keep going that much longer if you end up needing it.

If, or when, you permanently die, it isn’t allllll that bad. Fade to Silence is a Roguelike and with how long you can make one life last? Having only a few isn’t as bad as it can once seem once you’ve gotten the hang of things. Over the course of your journey, and even more so for liberating the larger corruption points, you’ll receive boons that can be used on your next permadeath. These boons are severe game changers. As I only had one the first time that I died, I chose to start off with firewood already in my inventory. With about eight-hundred pieces in my stash, I didn’t have to worry about freezing to death as long as I kept close enough to points on the map that I could use them.

Having gotten used to things, the second perma death I actually forced in order to do more earlier. Having liberated two major points by that time, I unlocked having my Kennel and my wolves to pull a sleigh off the bat along with the option to start off with a boatload of food along with the wood in my stash. There was an option for the most powerful bow that I had picked up by that point but as it was still just a basic one, starting off with an edge like not worrying about freezing or starving and being able to move a lot further from the beginning, I found that it was worth it. 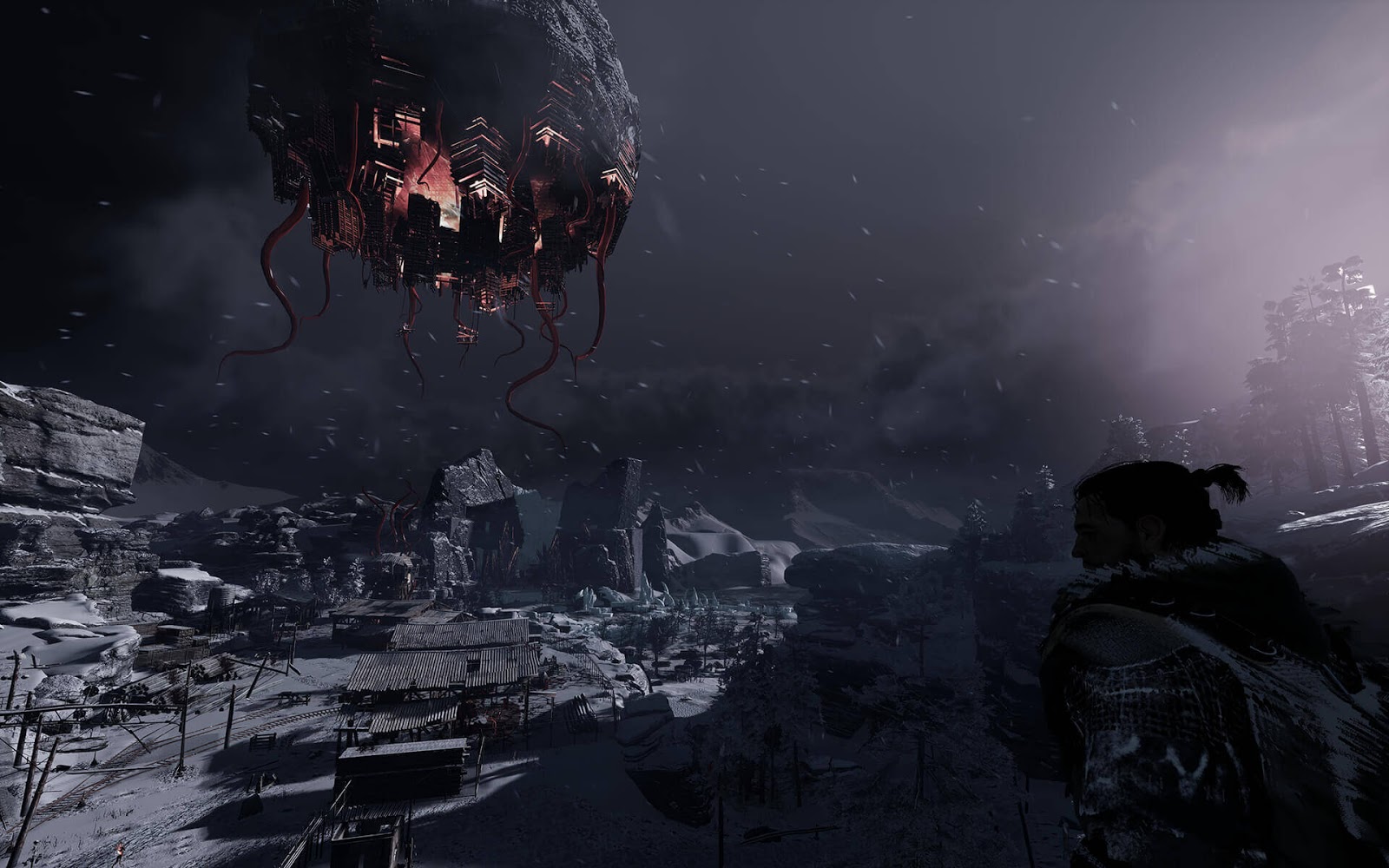 So between the running around, sitting down in front of a fire, eating and trying not to freeze to death, you can sleep if you want to. I’m actually surprised that sleep wasn’t a forced feature, but anyways. Sleeping has several benefits such as using it to warm up faster as you can skip ahead in hours. Doing this can also help “build” up your base a bit faster as the hours have gone by and anyone that you’ve saved and brought back during your travels will have gotten work done within that time frame.

But what sleep is really good for is adding context to what happened. While sleeping, your character has dreams that show a bit of what happened before whatever caused this. Let’s be honest, what’s going on is freaking crazy. I mean there are Eldritch creatures. So Stephen King’s The Mist aside, these dreams are your only look to the past as you try not to die in order to survive into the future.

Now there are some really neat details to Fade to Silence and then there are some not so neat ones. The not so neat ones aren’t that you don’t have instructions, they are more in line with performance issues. There’s a lot on screen and the render distance is often far and because of that the can be a fair amount of lag. This is especially the case when a blizzard hits as there’s snow flying all over the place and your visibility drops as you very quickly start to freeze. The flip side to this feature, is that once a blizzard has passed, the level of snow on the ground is higher so it takes more effort to move through and it’s within these tiny elements that make the whole thing that much better.

Overall, while there are some performance issues and the graphical quality for the style isn’t as high as it could have been, Fade to Silence is on my list for top games of 2019. Maybe it won’t win any awards, but it’s blend of styles into a survival setting were simply fantastic and it’s an experience that will keep me coming back to it for a while to come.