With numerous ways in which to spend the day at Motor City Comic Con, part of the challenge is figuring out how to prioritize your time. One of the most popular ways of doing so are the panel question and answer forums. One of the most interesting of these we attended was Pom Klementieff’s – better known to many as Mantis from Disney’s Guardians of the Galaxy.

As I mentioned in my Monday article this week, each presenter had a slightly different take on how they wanted their sessions to go, and Pom chose to go the route of no video recordings or pictures taken during her session, preferring – as the moderator informed us – a more intimate discussion with her fans. It was a completely reasonable request, and one that in some ways was immediately made even more reasonable when the gathering was reminded that Disney is incredibly hush-hush on all things pertaining to the Marvel movies. There was more than one joke early on about Disney assassins keeping a close eye on anything that might be said.

One of the earlier questions revolved around Pom’s awareness of the movie in its entirety, but her answer reinforced a theme we have heard from other actors in the Marvel Cinematic Universe as well. Basically, the actors are exposed to their scripts, but not the entire script, and that in many ways, the Avengers movies are sectioned off so that the actors don’t always have a good idea of the big picture. Pom remarked that watching the movie Endgame was the first time she got to see the big picture in its entirety. This theme was reinforced with future questions, such as when one fan ask d if the entire group was there for the final fight scene or not. Pom had said that sometimes yes, everyone was around, but during other stages it was fragmented off and the actors were only working with those who were in their immediate scene with them. 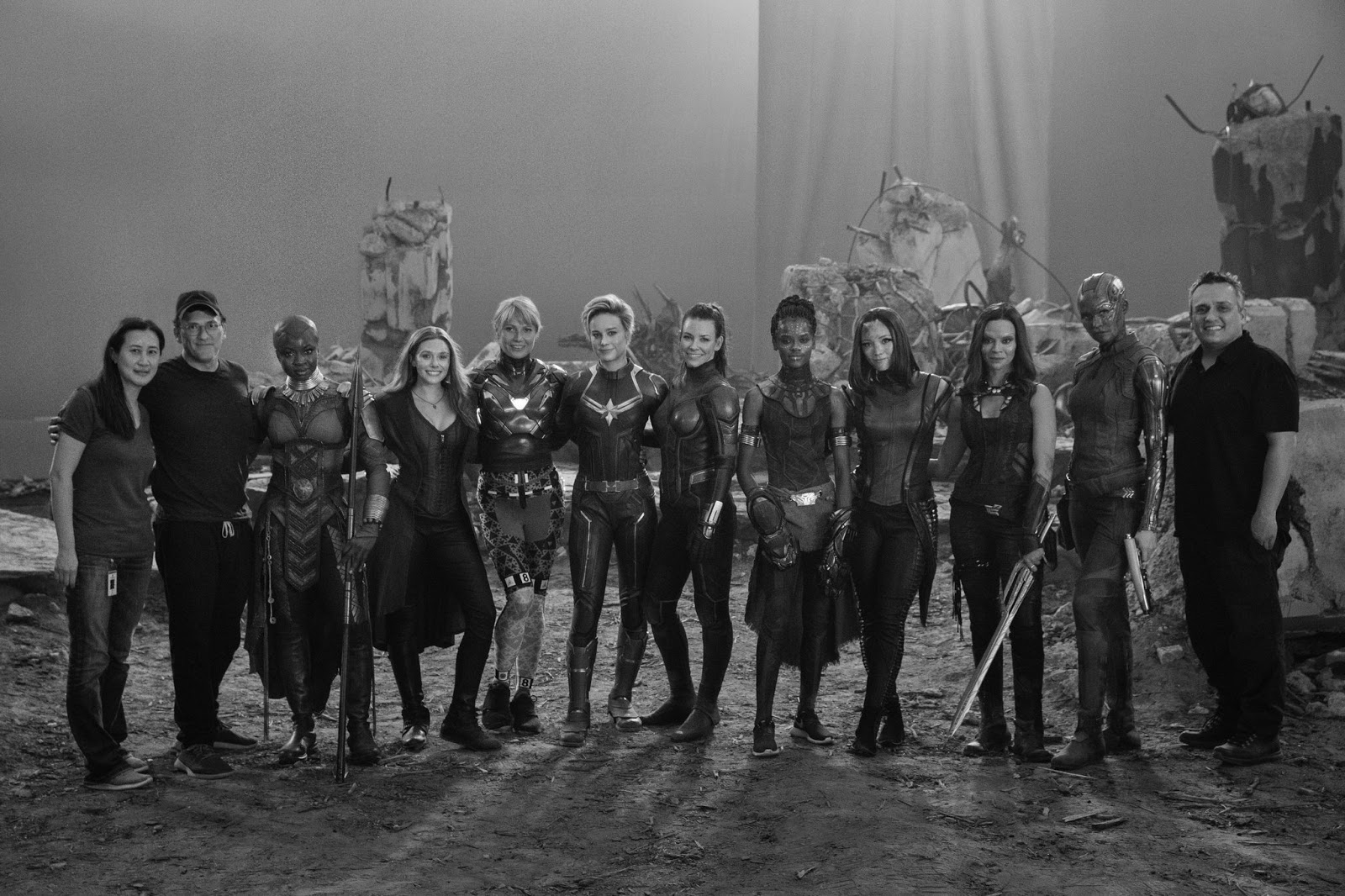 This actually caused Pom to talk about the image released by Marvel just the other day that showed the women of Marvel in it. I have seen some articles complaining about two missing characters – Scarlett Johansson’s Black Widow and Tessa Thompson’s Valkyrie. While Pom did not address Scarlett, she did mention that Tessa would have been in it but had a scheduling conflict during that shoot. Given the number of big name actors in this franchise, that is hardly a surprise. My wife and I marveled (pun intended) at how a shot near the finale of Endgame managed to get so many people in it at once.

At one point, a fan asked how Pom went about preparing to be added to the Marvel universe, and her answer was an interesting one. She admitted that while Pom does not really follow comics (she mentioned that the format was one that was not easy for her to follow), she was an avid reader of books and she regularly watches movies. There was no need to ‘do homework’ on the series, because even before she was cast for the role of Mantis, Pom said she was a tremendous fan of the movies and always went to them at the first available opportunity.

There were numerous questions around the other actors and directors she worked with. Pom had nothing but nice things to say about working with Kurt Russel in the second Guardians of the Galaxy movie, stating that he was very nice and very funny. In fact, there were a handful of questions that seemed geared towards giving up a bit of dirt on her costars, several of which are notorious pranksters. For a moment, Pom struggled to come up with a funny story around her costars, stating that they were all quite friendly and professional – until Michael Rooker’s (Yondu) name came up. She then burst out laughing and explained that during one very emotional scene from the second Guardians of the Galaxy involving Dave Bautista (Drax), they had to reshoot the scene several times. It was all very somber, quiet and incredibly serious for the principle actors – until they looked over and noticed out of the corner of their eyes Michael apparently had his bare butt pressed up against one of the windows. Pom remarked that it was the worst timing ever, but was laughing wholeheartedly while recounting the story. 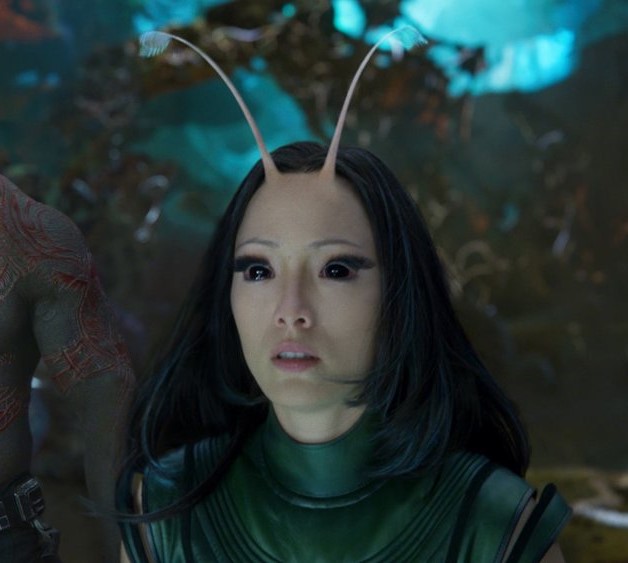 Despite this particular moment, and a cast of actors well-known for their humor, Pom said that there was little room for improvisation. She said that this was due to a couple of reasons – one of which was that James Gunn’s script was incredibly precise and that the team developed a particular rhythm around their scenes. She said that there were times during rehearsals where someone might try to deviate a bit to see how it flows, but once the camera was rolling, the respect that she and the other actors had for one another meant that there was little reason for anyone to go rogue from their script.

Arguably the oddest question was a reference to whether or not Mantis would ever be laying eggs. It really should not have been as amusing as it was, but the horrified look on Pom’s face (she remarked that “I can see it now”) had everyone in stitches.

When asked about what the best thing about being in the Guardians movie was, Pom was quick to call out the character she gets to play, Mantis. She joked that she loves playing the character, as Mantis can be a bit weird and so can she. This later led into a question about the other female characters and which ones she really looked up to (Pm specifically talked about Black Widow as the first primary female representation in the MCU) and which character she wanted to have more screen time with. To that Pm suggested Shuri from Black Panther – which led to a lot of nods of agreement from the crowd. There were several references to how proud Pom was to play a female character in the series, and how she really hoped there might be an all-female movie down the line. By and large, a lot of people seemed excited by the prospect.

Overall it was easy to see that Pom Klementieff really enjoys working with both the director and her fellow actors on Guardians of the Galaxy, and she seemed to have a genuinely good time engaging with her fans at Motor City Comic Con

0 Min Read
Manage Cookie Consent
To provide the best experiences, we use technologies like cookies to store and/or access device information. Consenting to these technologies will allow us to process data such as browsing behavior or unique IDs on this site. Not consenting or withdrawing consent, may adversely affect certain features and functions.
Manage options Manage services Manage vendors Read more about these purposes
Preferences
{title} {title} {title}