You are reading
Chapter One of The Executioner Releases July 17th

13 MAY 2019 – Lesser Evil Games today announce that the first chapter of their dark RPG The Executioner, which thrusts players into the shoes of a torturer, will be released via Steam on July 17th.

Fusing a unique blend of medieval storytelling, sanity management, and the brutal moral conundrums only an executioner could face – this harrowing tale of a man who tortures people for a living will challenge you to face the monster that lives inside of all of us. The decisions are yours, and so are the consequences.

As shown in the new teaser trailer, the predominantly text-based adventure promises a dark and unsettling atmosphere in a world filled with moral ambiguity.

The Executioner will be a multipart epic adventure into the cruel and unforgiving political sphere of medieval times. Starting with Chapter One, this brutal tale will follow the newly appointed Royal Executioner on a journey to retain his sanity in the darkest of times.

Lead Writer, Elena Sivakova said: “We were inspired to create this game by a thought: ‘How people, whose work is inflicting pain and killing other humans, actually live?'”

“When Milgram published his research, proving that obedience to authority makes people do terrible things to others, and you don’t have to be an evil Nazi for that, people around the world were horrified: ‘Am I also capable of this?'”

“We believe that our game provides an opportunity to live through a hard, painful and rather dark experience – and in the future to avoid the ethic trap in which the participants of Milgram experiment were caught – made ready, actually, to bring another person to death. We want our players to fully understand the price of a lesser evil.”

The Executioner Chapter One will launch on Steam July 17th 2019. 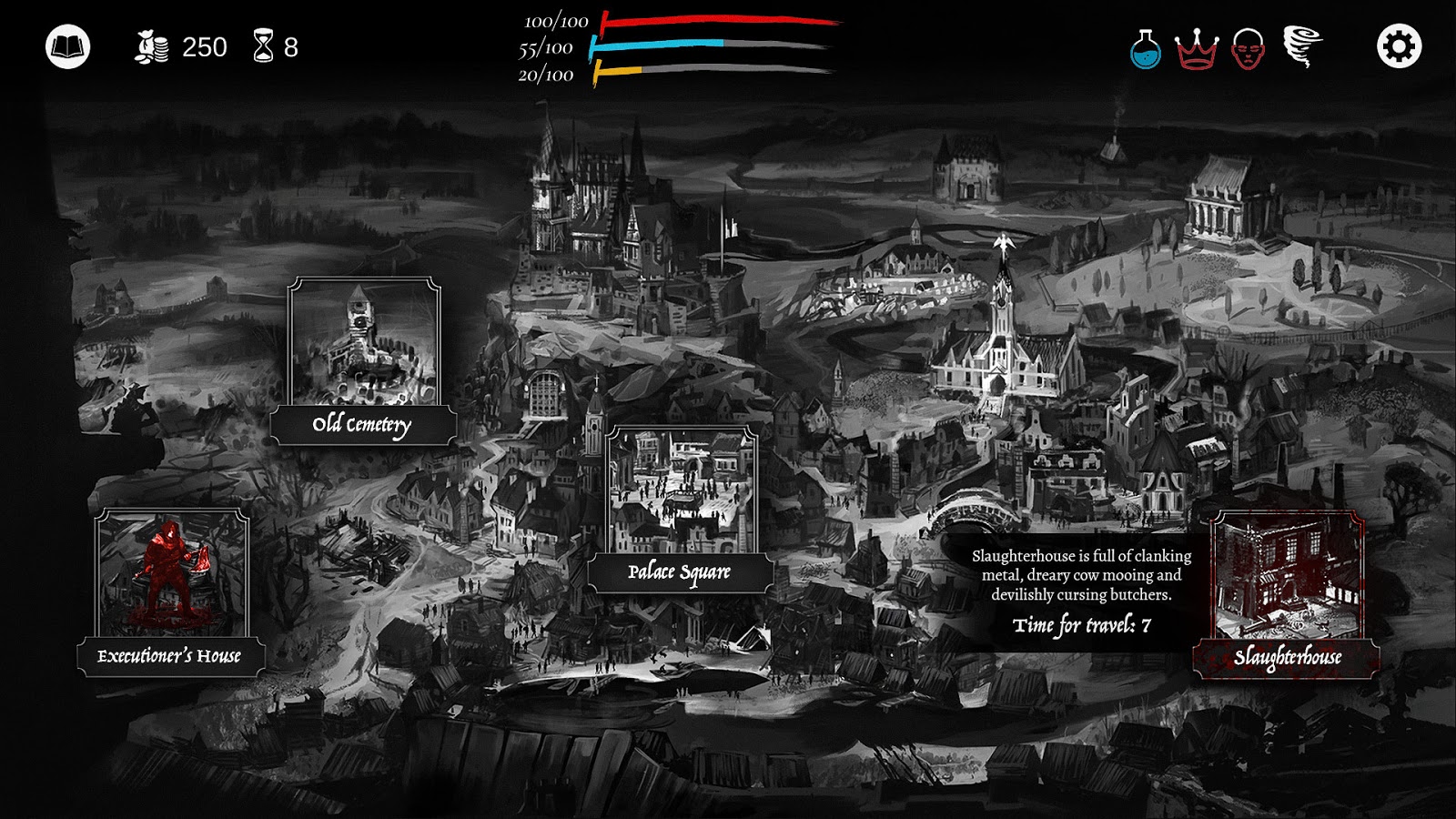 The Executioner puts you in the shoes of a man who tortures people for a living and has to fight to preserve his own waning sanity.

Fusing elements of traditional roleplaying with investigation, exploration and moral decision-making, it invites players to take on the role of an executioner who must seek a signed confession from those he is about to put to death – and there are many means of gaining one, not all of them pleasant.

Your own torture chamber – study your victims, find their weak spot, and use your extensive arsenal (or their loved ones) to break them.

An occult underground – a town filled with rich mysticism built around Medieval artefacts: the Hand of Glory, Mandrake Root, and Tarot Cards.

A dark economy – a market in dead flesh, with you as the main supplier.

Staying sane – as a torturer and executioner, you’ll need to constantly manage your sanity to survive in this world. 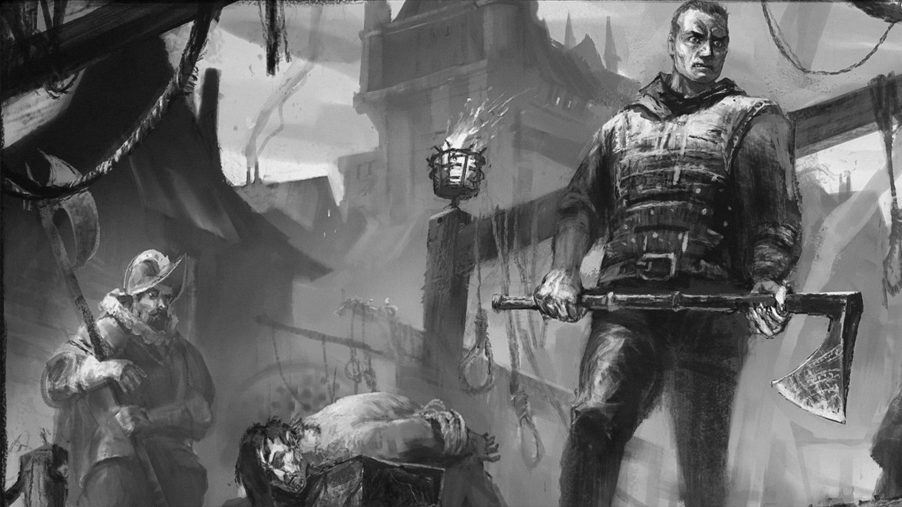 Lesser Evil Games is a Moscow-based independent development studio with a background in both tabletop and digital games. Brought together with a shared passion for the impact games can have, Lesser Evil Games creates experiences that give food for thought and tackle subjects others don’t venture near.