You are reading
Our World Is Ended – Switch Review

Need a game that has both Anime-style characters thrown into a post-apocalyptic virtual world adventure and is a visual novel, requiring only the best B button pressing  master to play…? Then this stunningly beautiful game might be for you.

Our World is Ended is a narrative visual storytelling game that was created by Red Entertainment studio and published by PQube Limited. Now available for purchase on both PC and home entertainment system like the Nintendo Switch, this game is not for the faint hearted as it does contain blood, violence, strong language and sexual innuendos up the wazoo.

We join a video game development team full of young, spirited, individuals called Judgement 7, working on an Augmented Reality game engine named W.O.R.L.D program. When wearing the AR headset the world around you changes the landscape in real time to look like the world it’s programmed to be. When the protagonist, Reiji, performs a test run of the game out in the streets of Asukusa a strange glitch occurs and he is pulled into a damaged, ruined, world of his reality. With fictional monster trying to breach the wall of the real world it’s up to J7 to help fight back this distortions from becoming reality. 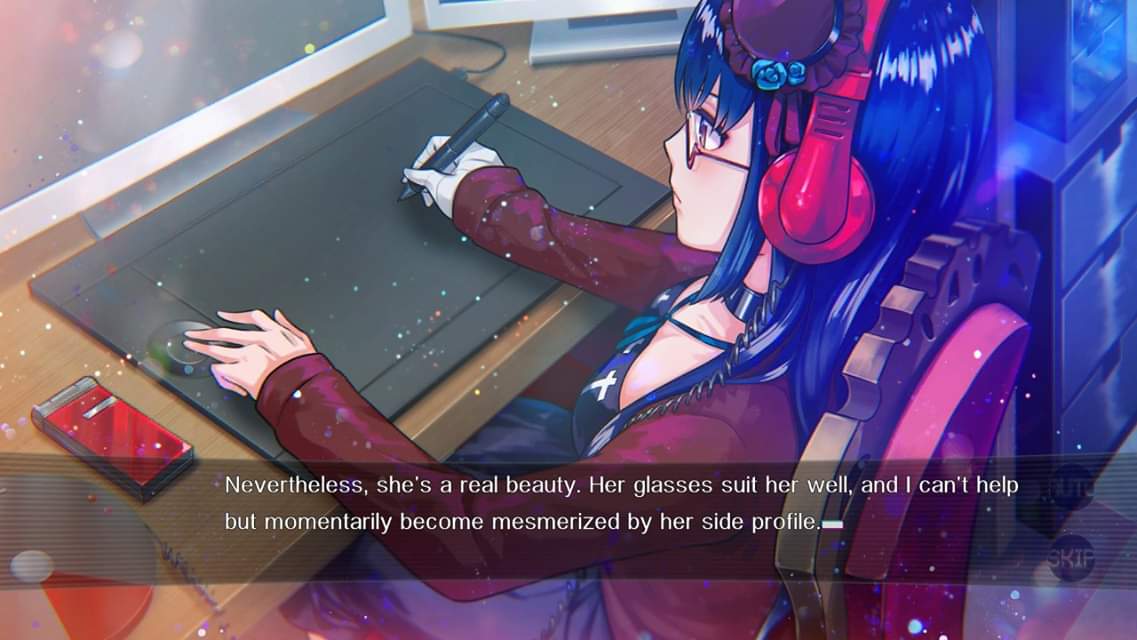 As a visual novel game the controls are pretty basic. The most control you’ll have over the story is when you’re given multiple scenario options to choose from. Your choice will shape the ending for you. Sometimes these options will even fly across your screen, which for me was very irritating. I’m not a fast reader so when a sentence zooms by the screen I might get halfway through reading it before it disappears, missing the chance to pick something.

Another issue was the start of the game. It took a prologue of introduction and nearly 2 chapters before anything really started rolling. The pacing was slow and I almost lost interest in playing further, but I strive to move forward thinking that something crazy was gonna happen and eventually it did. Once the story started getting more exciting it keeps stringing you along with more twists and turns.

The game also likes to throw in the traditional ‘Dating-Sim’ style. Each lovely lady has their own distinctive personality. No two are the same. Strangely it doesn’t focus strongly on charming the pants off your female colleagues, but with the right words and a strong smoldering look you might have a girl hooked to your arm during this world chaos. 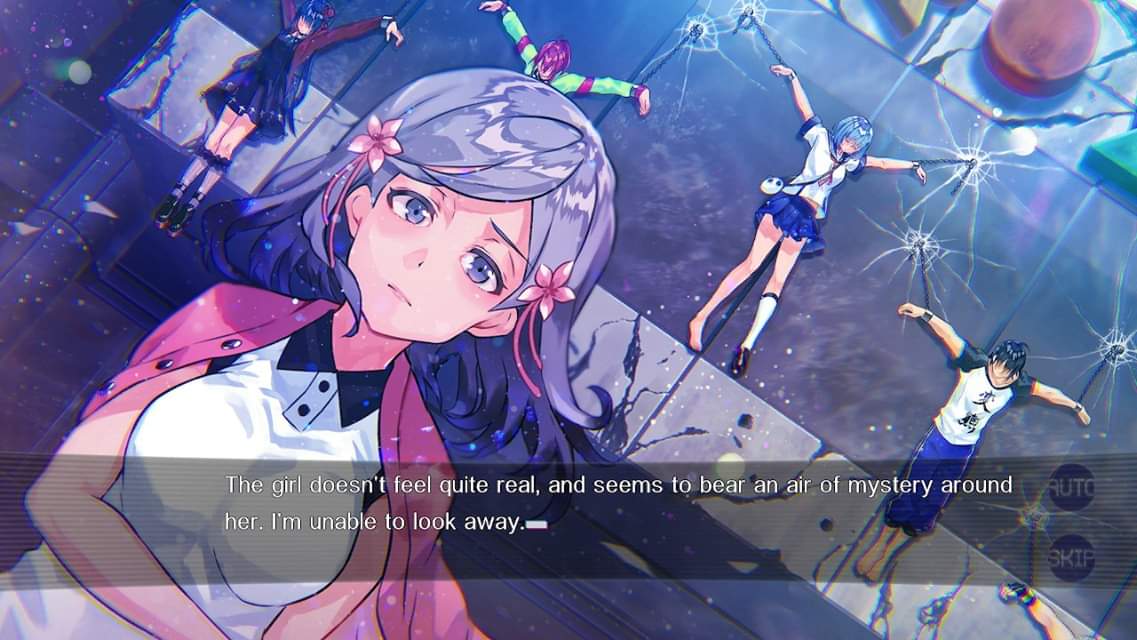 One thing that did bother me a lot was how the controls follow the Japanese setting for the Switch. My A button is Cancel, where The B button is Enter. You can choose to change these settings in the menu, but for some strange reason only the menu will be stuck in its default setting, even after changing things. It gets confusing when I open up to save my game and I find it kicking me out of the menu almost every time.

On the bright side, and I mean bright, this game is beautiful and vibrant in color. Every scene and CG moment are painted in an almost watercolor masterpiece, giving it a soft look with nothing being to overbearing. Each character has their own color scheme that well represents their moods and tone. 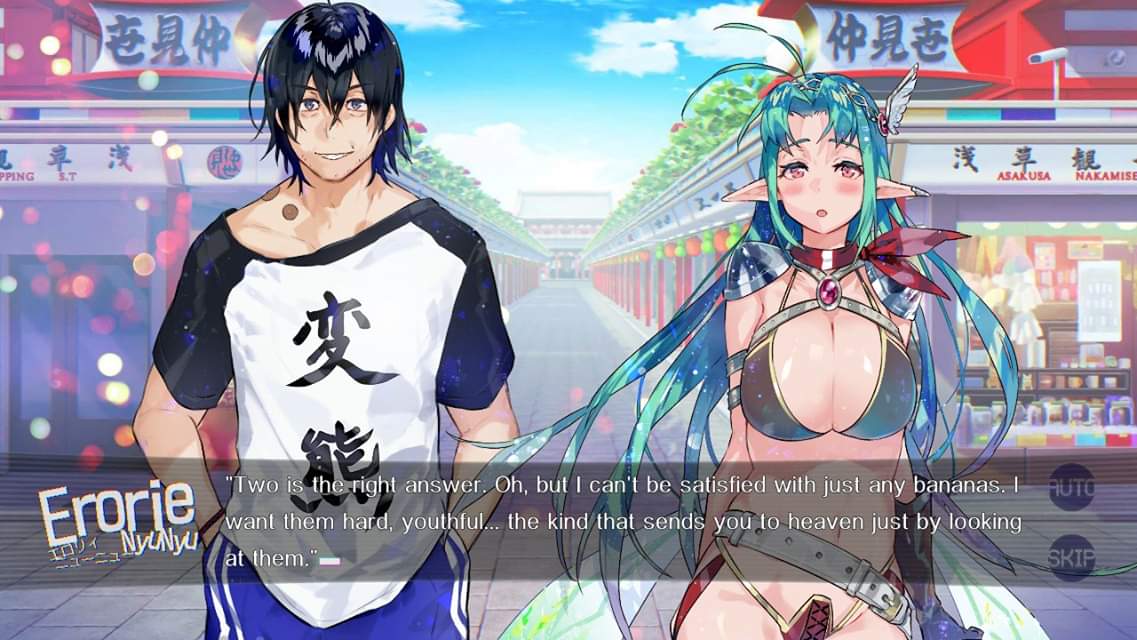 Alongside the amazing visuals it also has a catchy soundtrack. To me it sounds more futuristic with a modern twist, I would even go as far as to compare it to the Danganronpa series and the Digimon Cybersleuth games. Always fun,  I would find myself tapping my foot along to the beat during lighthearted moments and feeling a sense of danger during darker scenes, it really brings out each moment in the game.

Overall, Our World is Ended is a game that's not quite there, but does have a sudden change in momentum that keeps you at the edge of your chair. With the strange dialogue arcing across the screen, to very lengthy moments of pure storytelling where half the conversation is nothing but boob jokes, and default Japanese controls. It does redeem itself with beautiful water painted scenarios and up to beat music. This game is definitely more for players that are looking for a visually entertaining adventure where their only worry is to press B.