You are reading
Dungeons of Dragon Knight – PC Preview

Old schooled dungeon crawlers are seemingly back in vogue, but getting it right? That’s a different story. Coming to us from HexGameStudio, Dungeon of Dragon Knight takes the classic Wizardry style and adds in some neat elements to make it more than just another dungeon crawler in the bucket.

Currently in Early Access, Dungeon of DK is in pretty good shape. The visuals are pleasant to look at. The movement for the most part is smooth but you may often go past where you intended because it’s sensitive when holding on for too long or pressing too fast. The combat takes a page out of the FatBot Game’s Vaporum for the real time battles and to top it all off it has that old school Advanced Dungeon and Dragons (AD&D or 2.5) feel with how you can create your party. Short of Dragonborn though as that’s some 5th edition right there.

Starting off you can create a party of up to four characters. Now while you don’t need to, you probably should. There are a couple of options and it was nice that they were not restrictive. Race wise you can be a Human, Elf, Dwarf or Dragonborn while class wise being a Wizard, Cleric, Warrior, Ranger or Warlord. It’s nice to see the lack of restrictions as even Dwarfs can be mages, but each race has their specific callings and when looking at stat point allocations, you want your dwarf to be a tanky cleric. 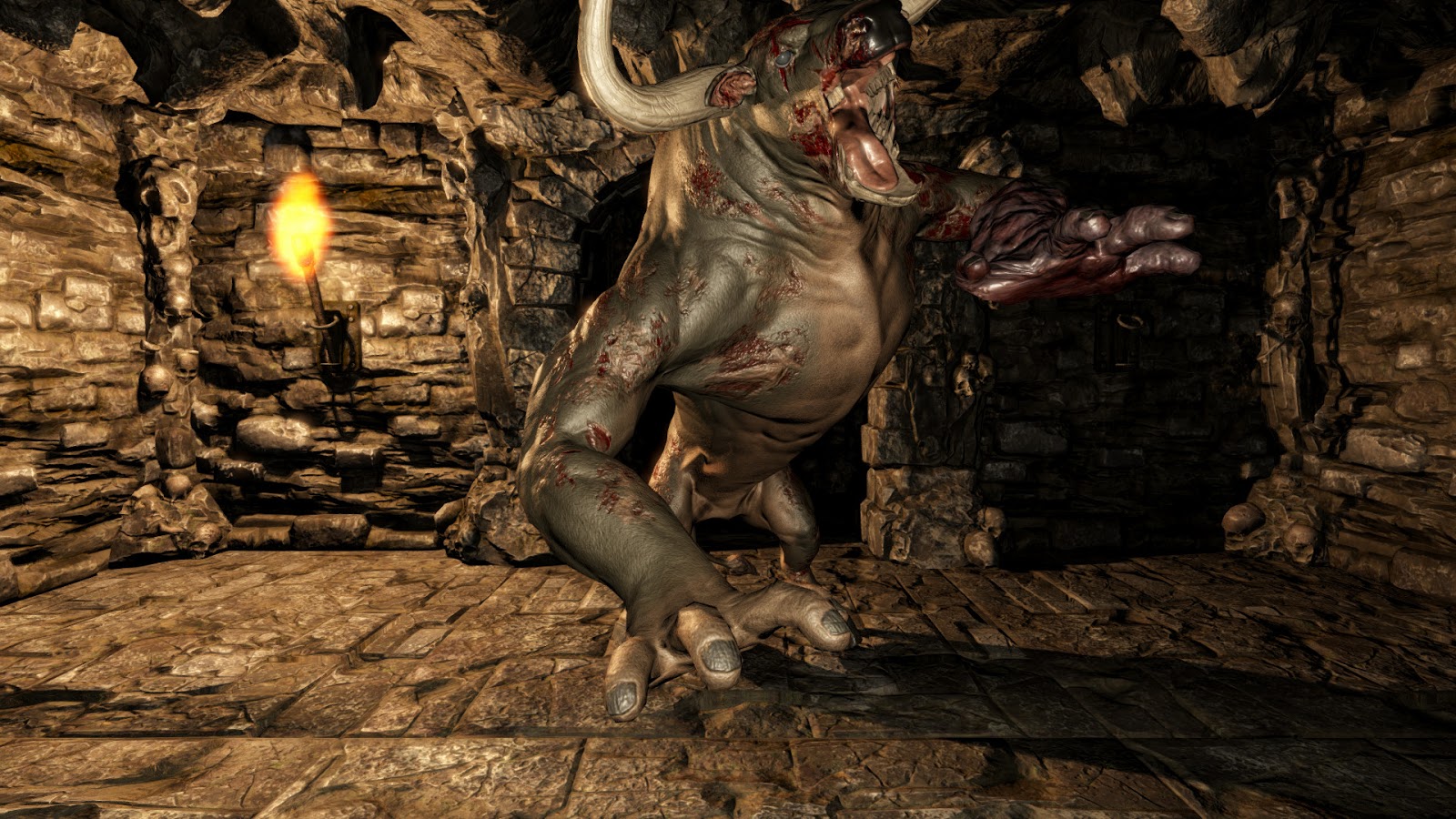 Once you’ve made your party and allocated all of the stats, you head into the dungeon. Viewing it from a first person perspective, you have access to your entire four person party at all times. Two in the front, two in the back, your front row acts as the defense to the back so my Warrior and my Ranger acted as the shields for my Wizard and my Cleric. Running into monsters you simply need to click and whoever can attack the monster will attack and then show that they are cooling down before they can attack again. In the meantime the monsters can attack you so you may want to move out of range which is both useful to not take damage and to prepare your spells.

The spell system uses a known format but instead of restricting you to what you know, you can simply experiment and discover new spells on your own. Using two rows of runes, you can either use one rune like the Fire Rune or Heal Rune to cast Burning Hands or a low level full party healing spell. Scrolls can be found which give you combinations later on like a chromatic color orb that’s super flashy and will distract your foes, but if you experiment and figure it out before the scroll, it just means now you really can’t forget how to cast it. 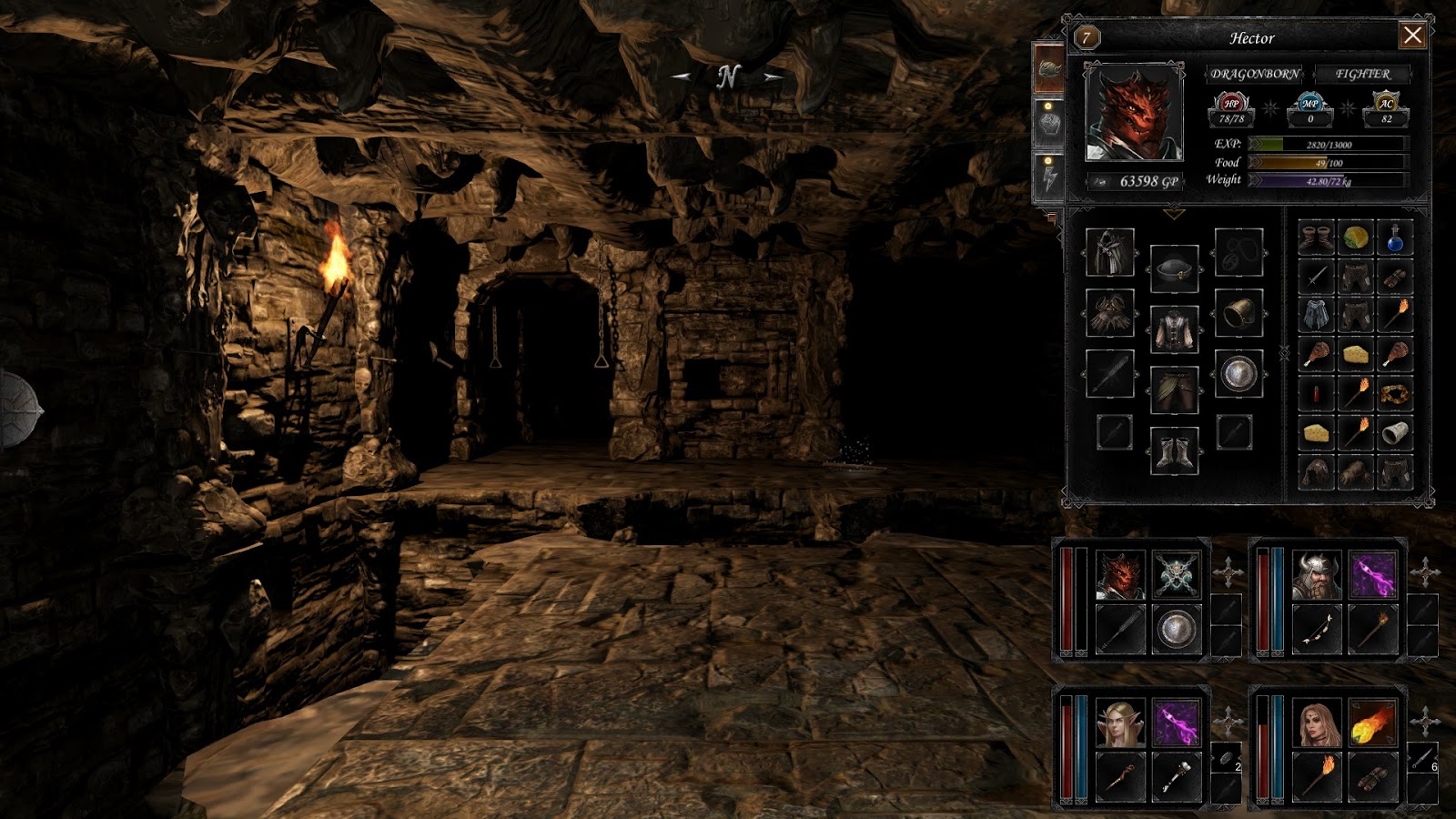 The puzzles for the most part are simple or standard enough. Unlike others though, you have to pay a bit more attention to the environment that you normally would as just because you’re in the same space as a switch, it doesn’t mean that you’ll trigger it. Triggers, levers or push stones will “stick out” a bit but you still have to pull, push or pull on those specific items in order to get them to do their thing. It makes the environments a bit more interactive as you actually interact with them making me think that Dungeons of DK would be pretty cool to play in VR.

0
Previews are scored "0" until the Review

Now while there is only a bit of content currently available in Dungeons of Dragon Knight, it feels like it’s in good shape for the long run. With a few different difficulty modes already present like having to worry about keeping your party fed or just going through it more casually without having to worry about picking up cheese or meat in a dungeon, there’s enough variety for Dungeon Crawling lovers of all kinds.