comments Share
You are reading
The Punisher – Retro Reflection 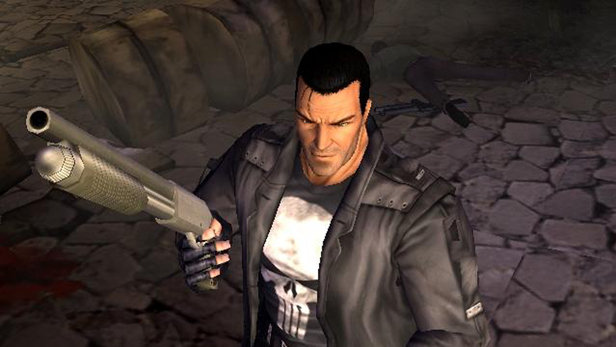 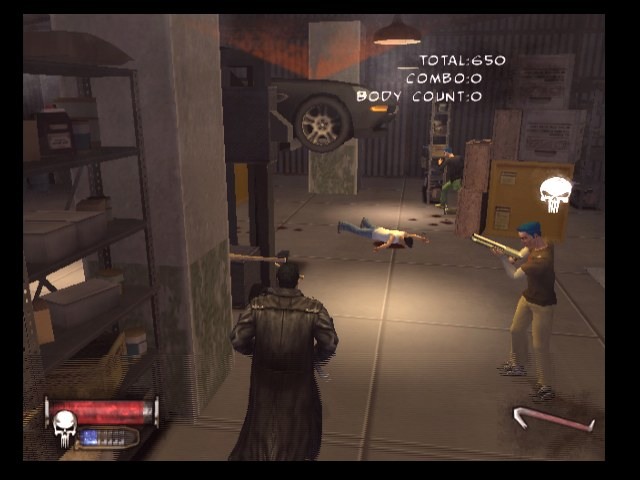 After witnessing the brutal murder of his family during a mob hit, ex Vietnam war veteran Frank Castle launches a never ending war against crime, taking no prisoners and showing no mercy. This is not justice or revenge, it is punishment! In the “Punisher” game, you face three major criminal organizations, the Italian Gnucci (my favorite), the Russian mercenaries and the Japanese Yakuza. The mastermind behind them is revealed towards the end.

The story is simplistic and the only plot twist is evident from the start but Frank’s character is portrayed well. Criminals say things such as “It’s the Punisher, he’s gonna kill us all!” and there were two Yakuza members talking, one of them mentioned that Daredevil confronted a hundred thugs and they all ended up in jail or the hospital, the other responded “Yes but we are facing the Punisher, not Daredevil.” and the first one replied “Yes, we will end up dead”. These details depict how notorious and fearful Frank is in the underworld.

Other moments capture interesting subtleties of his character, for example the fact he never hurts civilians or how he still remembers the death of his family -“you don’t know what funerals feel like to me”, he retorts to a police officer-. And there are some hilarious moments too, for example when a thug exclaims desperately “oh no, you’re going to punish me, aren’t you?” or the Punisher, after destroying the villain Bushwacker, thinks “I don’t smile a lot. I don’t smile at all. But if I did, now would be a moment”. Marvel heroes, such as Fury or Black Widow, make short appearances, with little impact though. 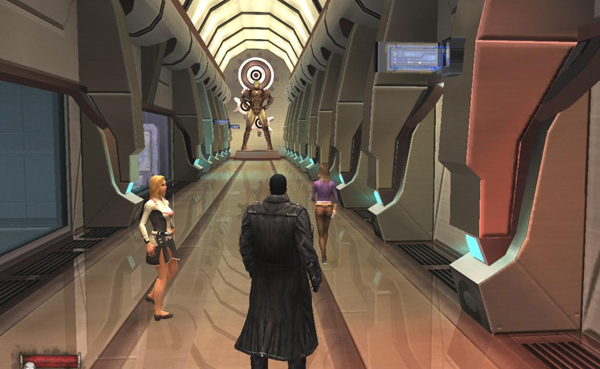 This is a third person shooter, like Rogue Trooper, so you move and look around/aim with the analogue sticks and shoot with R1. However, there is an original addition which makes the action different and very enjoyable, the “instant kill/shield/interrogation” mechanism. Let me explain: when you are close to an enemy you can kill him instantly by pressing “□” or grab him by pressing “x”. Instant kills eliminate even the toughest foes, which normally can only be killed if you shoot them in the head, and give you “blue energy”, required to enter “slaughter mode”. During this, the Punisher is strong as a beast and replenishes lost health. Grabbed enemies can be interrogated or used as shields.

A successful interrogation (keep the enemy’ tension high for three seconds) gives you points, spent to buy upgrades at the end of each stage, such as increased armor. It also gives you information, for example the location of hidden stashes of guns. A shield protects the Punisher from enemy fire (unless he is attacked from the back or the side) as he carries the criminal around with an iron grip and fires with his free right arm. He can even reload a shotgun while doing this, Terminator style! Crooks show no sympathy for their captured friend so they fire at you until the shield’s health is depleted. It is funny to hear them say things such as “”sorry Mike, better you than me!”.

Nevertheless, when you lose a shield you may simply grab a new one! You can always interrogate someone after using him as a shield and vice versa, or instantly kill him, so the aforementioned mechanism is both effective and flexible. 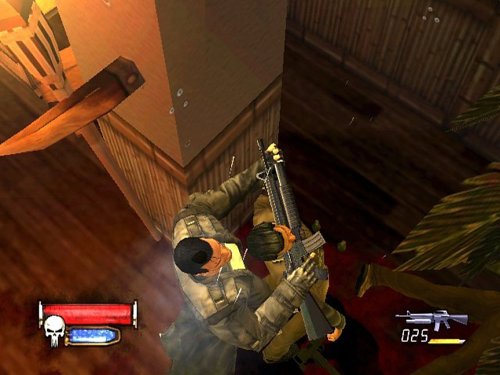 You can never have too much violence in a game, right? I am joking, however, Frank Castle is not: besides instant kills or failed interrogations, which end up in breaking someone’s neck or shooting him at point blank, each stage has spots for “special interrogations”, for example you can threaten to throw a thug in a piranha pool, burn him in an incinerator or crash him in a giant press! If the interrogation fails the criminal has a most painful and bloody end. There are spots for special kills too, e.g., in the jungle the Punisher tossed a mercenary to a giant snake for a quick snack! And let’s not forget slaughter mode, during which you slash, stab and smash your enemies like an unstoppable death machine. Sweet! 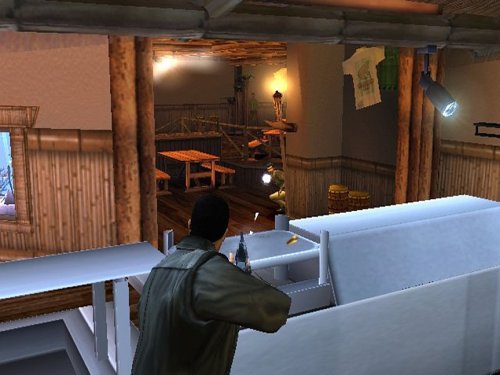 The game’s scenery is often detailed and interesting, such as the luxurious, stylish mansion of Ma Gnucci, Tony Stark’s tower, loaded with high technology devices, or the Yakuza base, which features a traditional restaurant, smooth, wooden floors and ancient suits of armor. Even the zoo is nice, with a variety of locations for keeping animals and alternate routes. Other places, like the docks or a meat factory, are not exciting, nonetheless, they are well designed.

The sound includes excellent voice acting for Castle, as the actor playing him captured the character’s mood and personality. The music is fantastic and you should definitely listen to the game’s soundtrack on youtube. I also liked the sound effects for the various weapons. 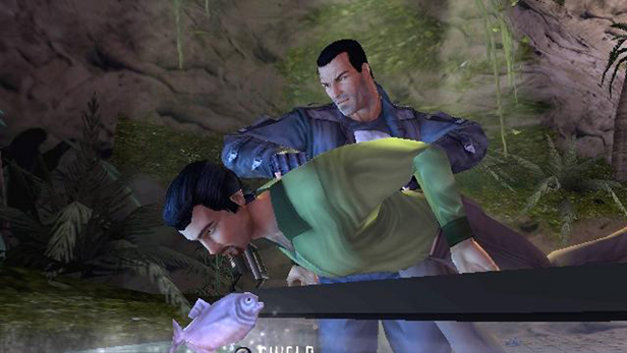 Not much to point out here. There were a couple of boss fights that could have been better, for example the fight in the attic, which took me a long time to complete (that Gnucci mobster really run like a rat in a maze!), and I think Frank should be able to carry more guns, as you can only hold one “one handed” and one “two handed” weapon at a time (for example, two pistols and a shotgun but not a shotgun and an assault rifle). Also, a more developed story would help, since the designers took for granted the player already knew characters such as Kingpin or Bullseye.

In conclusion, the “Punisher” is a must have game for fans of the comic or shooters. It has colorful graphics that keep changing, great sound, perfect controls, exciting gunfights and mega violence! I even loved the newspaper clips, which show how the media can distort events to create a fictional “truth”. Do not miss. 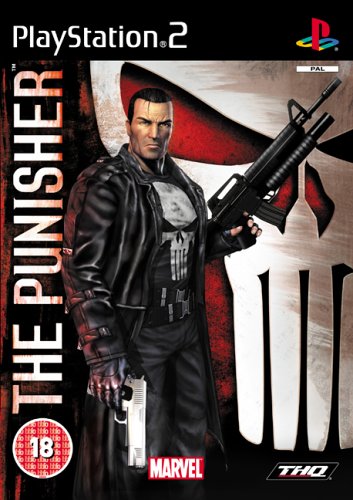 Facebook Twitter Pinterest E-mail
Previous article New Behind the Scenes Video for Code Vein!
Next article Not sure if the PS+ lineup is right for you? Check out PSN Cards! - News