You are reading
Attack on Titan 2 – Final Battle – PS4 Review

The Attack on Titan series is a series well known for its brutality and the fact that it doesn’t hold its punches. Designed by Omega Force, the makers of some of my favorite titles as everyone knows how much I love a great musou, they’ve gone the route of creating another “reverse” series like Bladestorm. With Final Battle adding in new modes and elements to the already existing Attack on Titan 2, fans of both the game and the series can now enjoy the events of the third season as the anime preps for its final fourth season early next year.

Talking with Robert before we both decided to dive into the Final Battle, me on the PS4 and him on the XB1, he told me that I should really play the first before going into the second. Generally I would agree with this statement, and in this case that’s exactly what I did. This allowed me to see just how far things have come between the first and the second with its refinements. So if you’ve been holding back, if you import your Attack on Titan data into Attack on Titan 2, you’ll receive a $50,000 spending bonus which helps a lot early game. Now while this is a review of the newer content, I want to take a moment to praise the team for the core content’s addition of a custom character. Attack on Titan doesn’t really deviate from the script and short of what’s being shown on screen there isn’t a lot of material that gets played with which is why the custom character was so perfect. They fit into these lapses of screen time. Having graduated from the 104, they weren’t in the top ten which would mess with the story. Instead, they were still recognized and accepted into the Scouts earlier than the rest allowing you to see the in between events. My only issue with this is that it doesn’t carry onto the new content which instead goes back to how the first one was and seeing the events through each character… starting with everyone’s favorite… Armin.

The new chapters, even if they no longer contain your custom character, are fun but they lack the magic of the original “two seasons” worth of content. Gone is the hub that let you interact with other characters forming friendships and gaining skills. Gone is the resource gathering to make new weapons. Instead, you now have a timeline of events that is formed up into story and combat modules. Following a straight line, you can go through two combat modules before one story or the inverse. It streamlines the telling but with how much effort had been put into the original content, I can’t help but feel like the content was rushed even if it is smoother than the core’s. Another issue that came up is that there’s a bit of a lapse between what is told in story, in combat, or not at all. I hadn’t yet watched season 3 and if you haven’t, you may want to hold off on things until you do. The story is fairly good at keeping the overall events in check but then sometimes it skips over what seemed to be a minor detail when in fact it was the mother of all content. To avoid spoilers, I’m going to say that you need to have watched about eight episodes of the third season (which I’ve now watched) and it’s before you get a hold of the Lightning Spears which are also a new feature and damned impressive.

The Lightning Spears are a new weapon developed by the “mad” but awesome inventor Hange to pierce the armor of the Armored Titan or Titans like him. These things go BOOM and the best part of them is, once you have them available, you can launch it into a Titan’s leg and the Titan will be gone. That’s it. Superoverpoweredawesomeness is what it is but like all amazing weapons, it has a catch. The catch in this case is that it’s only available when you’ve clicked on L3+R3 like a super musou or Kratos’ Rage Mode or Dante’s Devil Trigger. It’s limited but is it ever worth it and it was loads of fun to have once the tutorial for the weapon unlocks it. 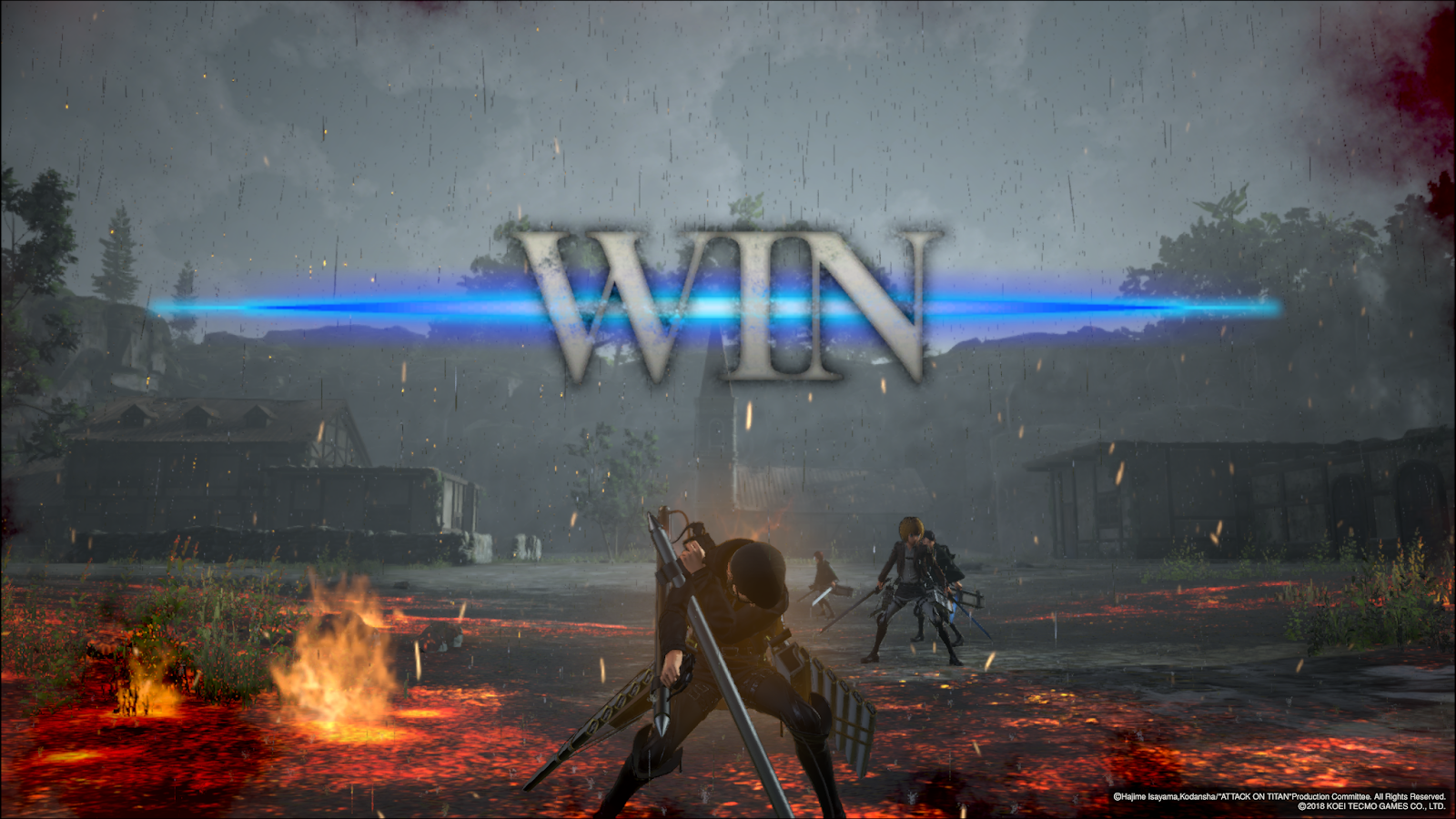 Finally, there’s the Territory Recovery Mode which is a lot like the original scouting missions that you could take on in the story mode. It adds a lot more to do because unlike the original scouting missions, you now manage a base and personnel that can be added into your squad so that you can take them out with you in turn. Better than that, you can use your custom avatar, the gear you’ve developed, and the superoverpoweredawesomeness that are Lightning Spears.

Attack on Titan 2 - Final Battle is worth it. It adds in a whole new story and multiple fairly beefy modes to keep someone occupied for quite some time. Will there be an Attack on Titan 3 to cover the final season next year or will this title get an upgrade? We’ll just have to wait to find that one out but in the meantime, happy Titan hunting!