A few years back Nick had the chance to take a brand new TableTop out for a spin called Shadows of Esteren: The Monastery of Tuath. Having also covered each book individually, Book 0: Prologue,  Book 1: Universe and then Book 2: Travels, he came away pleased from the overall Tabletop adventure.

Moving down to halfway through 2019 and the makers of this Tabletop are back with Fateforge: a 5th Edition Roleplaying Game. Already funded at about 5X the amount needed, this Kickstarter still has 12 days to go and is worth a look. Now check out details on both the core books and the entire Press Release below! 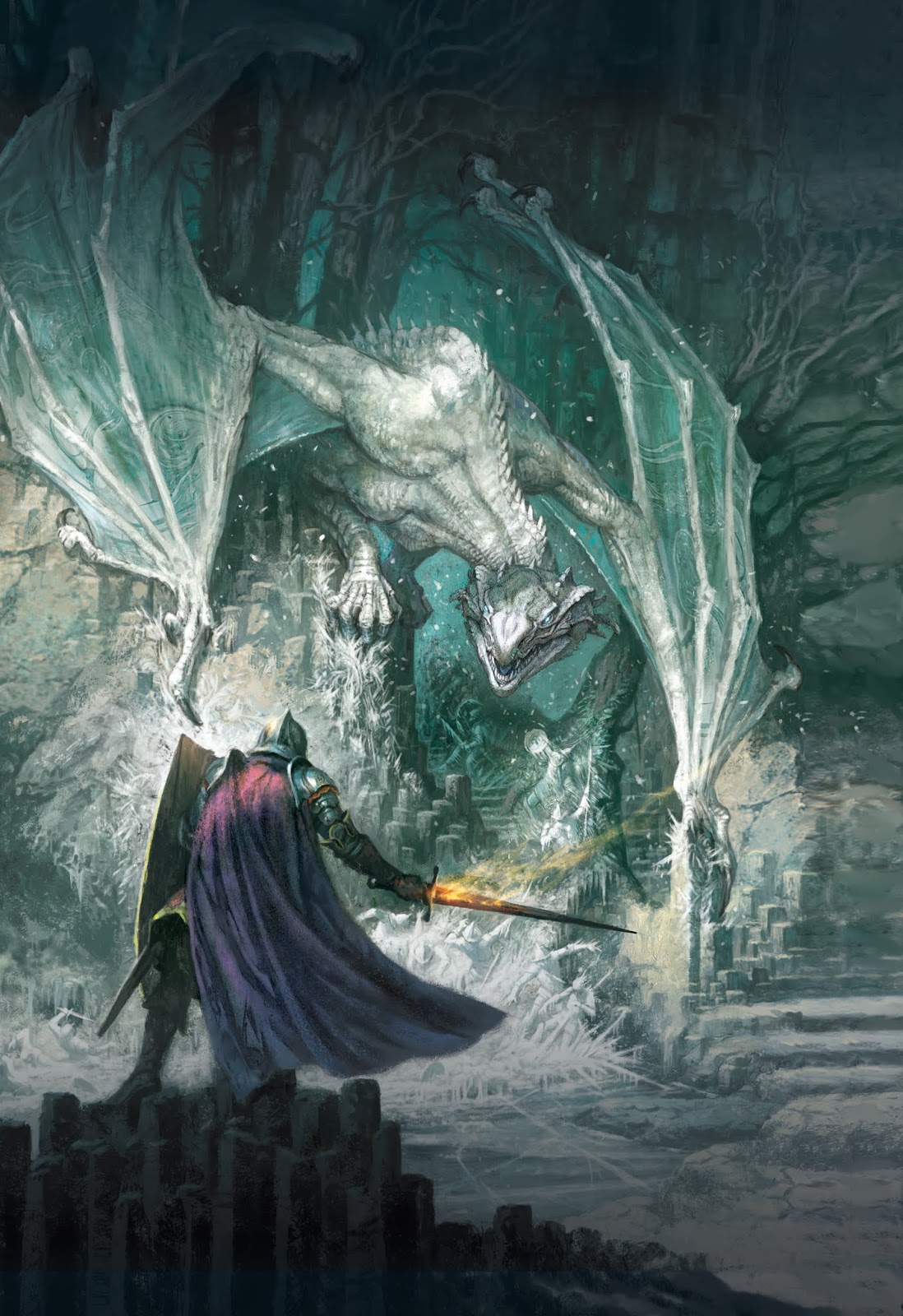 Adventurers is the core book, including thorough rules on character creation, the basic game system, an overview of the world, and an extensive catalog of equipment, all with plenty of exclusive content: feats, a background creation process, class archetypes, and even a new class named the Scholar.

Grimoire details spellcasting and magic in general, as well as corruption and madness. It goes over geomagic, a notion particular to Fateforge that refers to localized magical phenomena. This book also provides insight into the Awakening, a phenomenon through which an individual becomes able to use magic. Finally, Grimoire comprises a compendium of over 360 spells, including more than 50 new ones, as well as original options and variants.

Added together, these two core books clock in at 700 pages filled with original options and additions exclusive to Fateforge’s epic universe. Here are the key elements:

Eana’s Universe. Find out about the civilizations and species of the world of Eana. Information is provided in particular about the Free City, Eana’s largest metropolis and the starting point of many adventures. You will also learn about Eana’s pantheon of entropic and harmonic deities.

Background Creation System. This process goes through half a dozen steps, complete with examples. In addition, ten premade backgrounds are available, to be used as such or as inspiration for your own backgrounds.

New Archetypes and a New Class. Each of the twelve base classes has been fitted with new archetypes. Discover the legendary Bladebonded, the unsettling Urban Shadow, or the unstoppable monks of the Way of Pain. An entirely original thirteenth class is also introduced: the Scholar.

Modular system. Fateforge’s modular system is based on one of the most popular aspects of the Shadows of Esteren system. Do you want your game to be representative of the canons of heroic fantasy? Use the rules labeled “Action” to make the characters all the more powerful and successful. Do you want to play a dark-fantasy, survival-oriented game? “Dark” and “Gritty” options have been designed for you and will give characters a hard time. 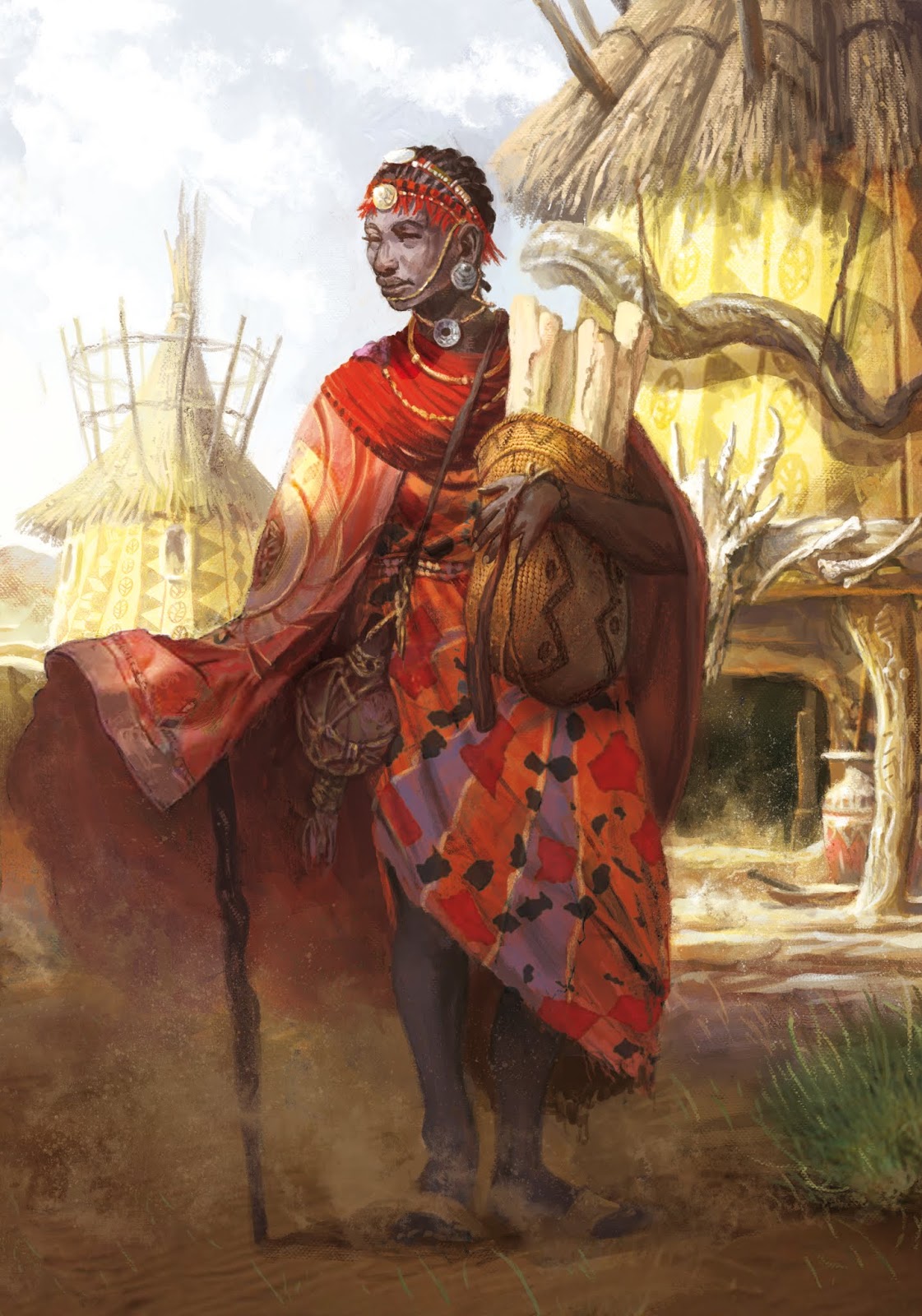 New Rules, New Feats. Many optional rules will let you add new aspects and intricacies to your campaign, such as the Wounds system, rules on sparing an opponent, a new “Incite” combat action, etc. Adventurers also includes 43 entirely new feats for your characters.

Geomagic, presented in Grimoire, is one of the unique ways magic functions in Eana. Geomagic occurs when magical currents are particularly weak or strong in a region, leading to supernatural phenomena in the area. The abilities of spellcasting adventurers may be hindered or boosted, become more chaotic, or simply have stronger repercussions. Sixteen geomagics are detailed, plus a game aid to help you create your own.

The Awakening is an event through which an individual becomes able to use magic, and Grimoire goes more in depth into this life-changing epiphany. Dedicated game aids and rules are provided for a better understanding of this peculiarity of Fateforge, so that you can make it part of your game in a way that corresponds to the premise and atmosphere of your campaign.

Madness and horror are associated with the effects of corruption, which is the expression of Canker’s mentally and physically deleterious influence. Canker is an omnipresent, undying entity of divine proportions whose corruption extends to the very substance of many enchantment, illusion, necromancy, and transmutation spells, making these spells risky to cast at best. However, some adventurers choose to willingly expose themselves to corruption, whether to gain insight into Canker or to draw power from the boons it provides… which are never without drawbacks.

FATEFORGE: EPIC TALES IN THE WORLD OF EANA 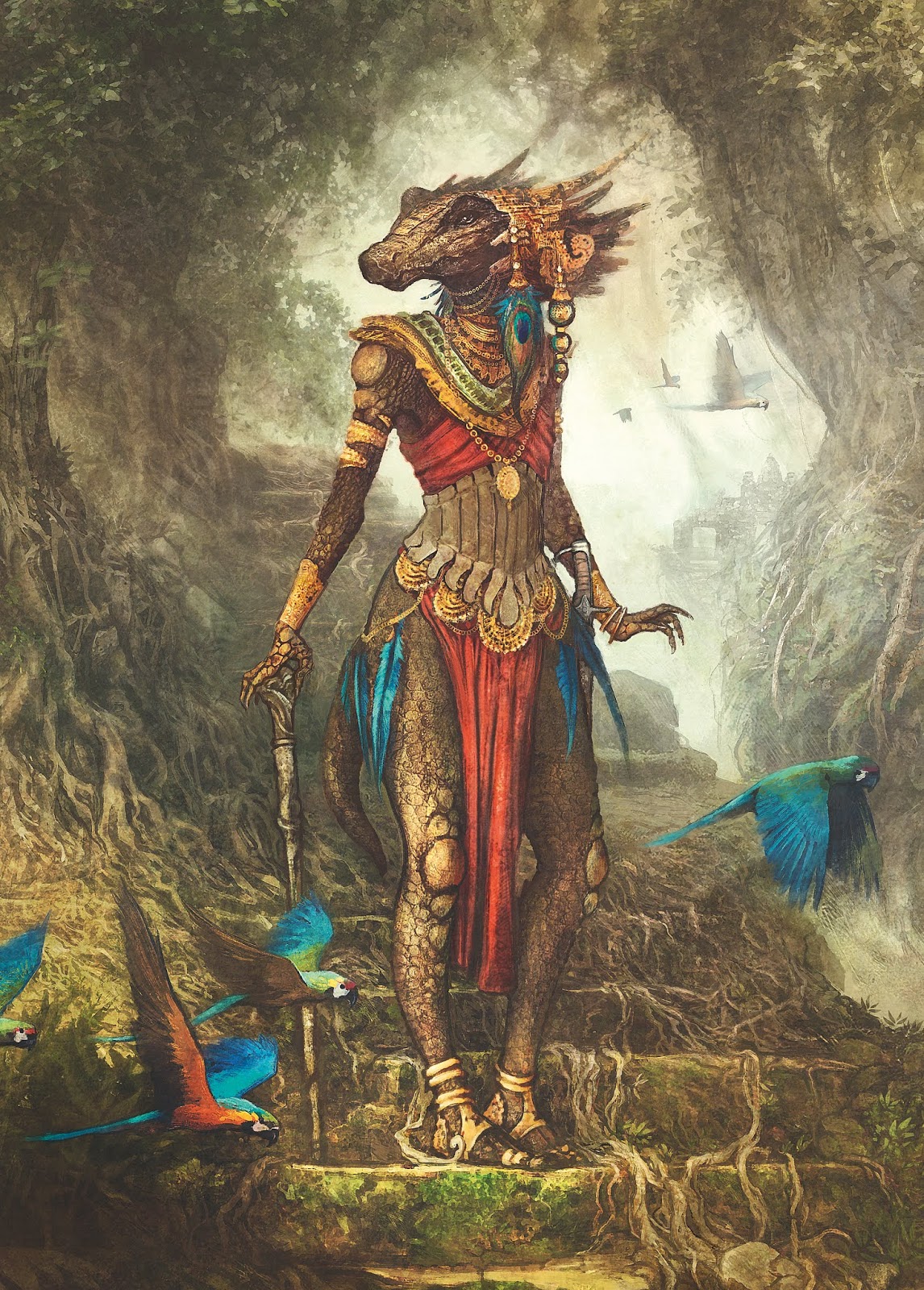 French Creative Studio Agate Introduces Fateforge, a new RPG and campaign setting for 5th Edition to be Kickstarted in June and prereleased at Gen Con 2019

Powered by the 5th Edition ruleset with the addition of many new options, Fateforge features Eana, an entirely original campaign setting. Following the sword & sorcery tradition, the adventurers will travel through grandiose landscapes and interact with exotic, colorful civilizations. By dint of skill, bravery, or cunning, they will overcome increasingly challenging ordeals, and perhaps find their way to the mythical Fateforge and ascend to godhood.

A Kickstarter campaign will be launched on June 24th 2019. The first two books of the series will be available for backing at discounted prices and with exclusive bonuses. The PDFs of the books will be delivered at the completion of the crowdfunding campaign. A 60-page Player’s Guide is already online on DrivetrhuRPG and lets you discover the world of Eana and create your first characters.

Adventurers, the core book of the series, as well as Grimoire, which covers magic and spellcasting, are both scheduled to be prereleased at Gen Con 2019.

“Fateforge is both a passionate homage and the realization of our own vision of one of the oldest, most legendary role-playing games” says Fateforge’s Lead Designer Iris. “Fateforge is its own game, but it can also be used as a campaign setting for 5th edition. It includes many game options, new archetypes, a system to create customized backgrounds, a new class, fifty new spells, and game mechanics inspired from the best of Shadows of Esteren. The modular system in particular lets each group customize the game in accordance to their tastes, ranging from unbridled high fantasy to harsh dark fantasy. The availability and potential of magic is likewise adjustable, from rare and unpredictable to common and pliable.”

A Fateforge adventure is already available, written by Ed Greenwood. With the upcoming Kickstarter, Studio Agate intends to keep working toward the release of the complete series in English. A Bestiary is announced, as well as a book on the mysteries and wonders of Eana: Arcana.

For more information, visit the official website: https://www.fateforge.org Subscribe to the newsletter to be informed of the launch of the Kickstarter: http://eepurl.com/cXNunL

Based in France, Studio Agate specializes in the creation of imaginary worlds, the writing of scenarios, and a transmedia approach. The studio owns a music label and has designed role-playing game books that have won a dozen international awards. Since 2012, Studio Agate has run and delivered 6 Kickstarter campaigns. The studio also localizes and distributes great games for the French-speaking audience, such as 7th Sea or Vampire: the Requiem. Official website: https://www.studio-agate.com/en

About Shadows of Esteren Shadows of Esteren is a medieval role-playing game with horrific and gothic overtones set in a dark, low fantasy world. Drawing inspiration from Celtic myths, this universe has a subtle fantastic side hidden under a bleak, realistic surface. The first books of the series were published in English in 2012, and it went on to become the most awarded French role-playing game. For more information: https://portal.esteren.org/en