You are reading
Pirates of First Star Launches on Xbox One!

August 26th, 2019 – Built in 7 months by one person on a $162 budget (most of that used for clay and popsicle sticks), Pirates of First Star hits the Xbox One today at 7PM EST. The adventure/RPG/puzzle is a throwback to old school game design.
The king is broke. He summons his (now adult) children and tasks them with finding a legendary treasure that once disappeared into thin air right under his nose. They all reject his proposal, except for one. Zach, the youngest, decides he’s got nothing better to do, and heads out with absolutely no clue where to begin his search. He’s quickly met by Chelsee, who feels like getting in on those while treasure thing might not be a bad career choice. They embark on a bizarre journey filled with twists and turns and a positively silly cast of characters. There’s a bridge bully, a witch (at least that’s the rumor), a chili cook-off champion with a horrible secret, a pirate who’s in a hurry to get back home because he has prime seats for Turtle Fights XIV, a giant rock monster who is sad that children stole all the pretty seashells on his beach, and an estranged coconut family that you can help reunite.
“Pirates of First Star borrows heavily from classic games. There’s no map. There’s no arrows pointing you where to go. The game is 3D, but it keeps the view narrowed without 360 degrees of visibility so that the world can be memorized quickly – but also there are a ton of secrets hidden – even in plain sight. What I really want is every player to – at least one time to say ‘I can’t believe I didn’t find that sooner.’ 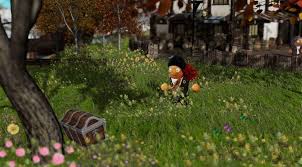 “The characters are claymation. My artistic skills are lacking, and my budget was lacking even more, so I had to figure out a way to pull this off. I built a stand out of popsicle sticks that could hold a model and the camera. I had no idea what kind of clay to buy, so I just went to Michaels and bought the cheapest clay they had. I used yarn for the hair. I still think cutting the scalp off of dolls and plopping it into a clay head would have been the best method, but have you seen how much dolls cost nowadays!?”
Pirates of First Star launches on August 26th on the Xbox One, but there are hopes for a Switch and PS4 version releasing in the next few months. A Kickstarter will also launch on the 26th for these versions in order to raise funds for dev kits and localization.
“It’s a modest amount – $3,500 to get those versions out. It’s vital that they release in 2019. I’d rather take my chances going up against Christmas than some of these huge titles that are coming out in early 2020. And then, just when you think it’s safe – here’s Cyberpunk to slap us all back to reality. It would almost be fun just to release at the same time – just to see if you could sell 1 copy. Well, good luck to whoever attempts that!”
“There will be a very limited collector’s edition on the Kickstarter. It’s a hybrid which will work on XB1, PS4, and Switch. It will come with a soundtrack and an art book showcasing a lot of the claymation models before they were put into the game.”