You are reading
Oninaki – Switch Preview

The sign of a great developer is one that refines its craft over time, and with its third title, Tokyo RPG Factory is a prime case of this. From the turned based RPG of I Am Setsuna that I quite enjoyed, to the more tactical Lost Sphere that I really need to play more of the intro, Oninaki takes to the action RPG realm with switching spirits that act as your weapons. Acting a big like Knights of Azure, Tokyo Game Factory and Square Enix have provided a “demo” which while clocking in at about an hour to an hour and a half if you grind a bit, is the actual game’s introduction and the data carries over to the main game.

The premise of Oninaki is an interesting one. In this cell shaded chibi-esque world, death is not something to be sad about, or rather, is something that one should not be sad about. Being sad, resentful, or even holding onto what’s now gone can cause the spirit of the deceased to stick around and prevent it from going through the motions of re-incarnation. While this is basically the premise for a lot of ghost stories, in this case the rule applies to both the living and the dead as both can keep one from moving on. 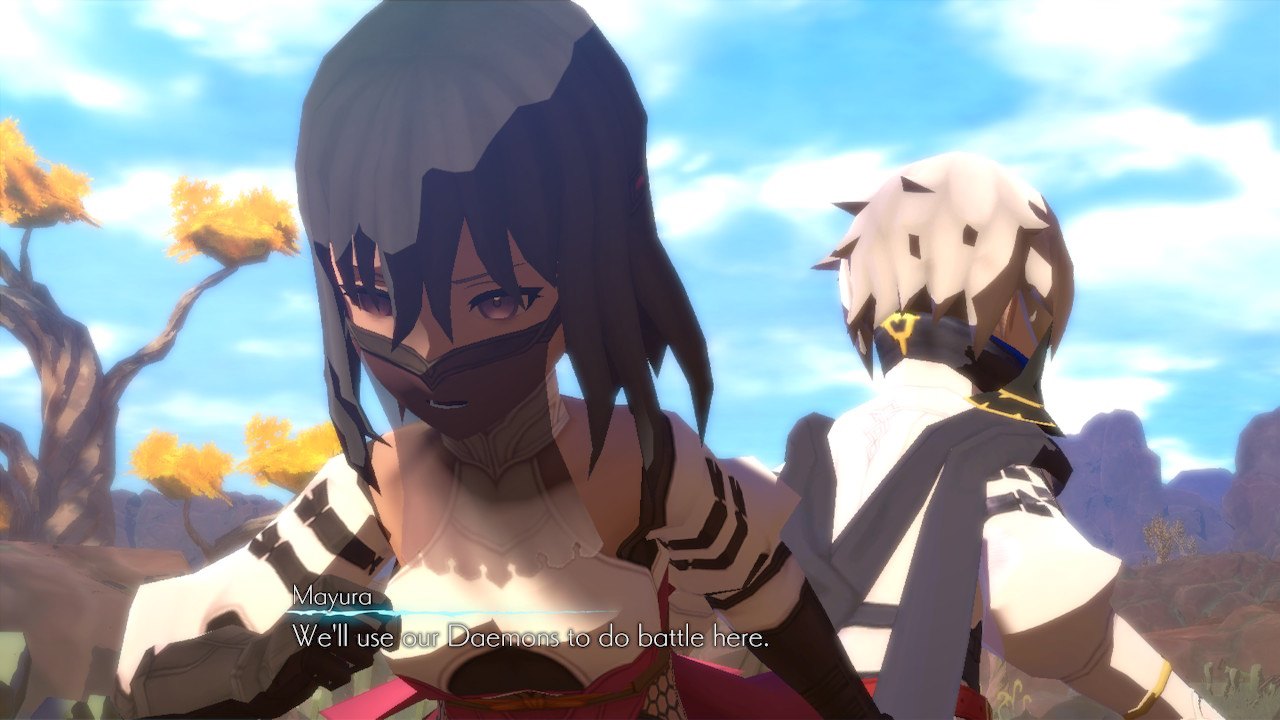 In order to keep the balance between the living and the dead, an order known as the Watchers exist to help move the souls of the departed along. Being able to shift between the real world and the realm of the spirits, you’ll be taking control of the Watcher known as Kagachi as he and his partner Mayura perform their duties alongside their Daemon which were souls that could not move on or be corrupted and whose only purpose is to be used as weapons in battle. Or that’s what everyone has been lead to believe…

It’s a brilliantly designed premise because not only is it part of the world’s lore, it’s also part of the game’s mechanics. Moving around town or the surrounding locations, you’ll be coming across spirits that need help moving on, monsters that need defeating and other Daemons that are available to lend assistance to your overall tasks. Gameplay is fluid enough but in the early minutes it can seem very basic, and honestly, quite boring until you start to level up your primary Daemon and the newer one that joins up with you once you’ve taken on the first boss. 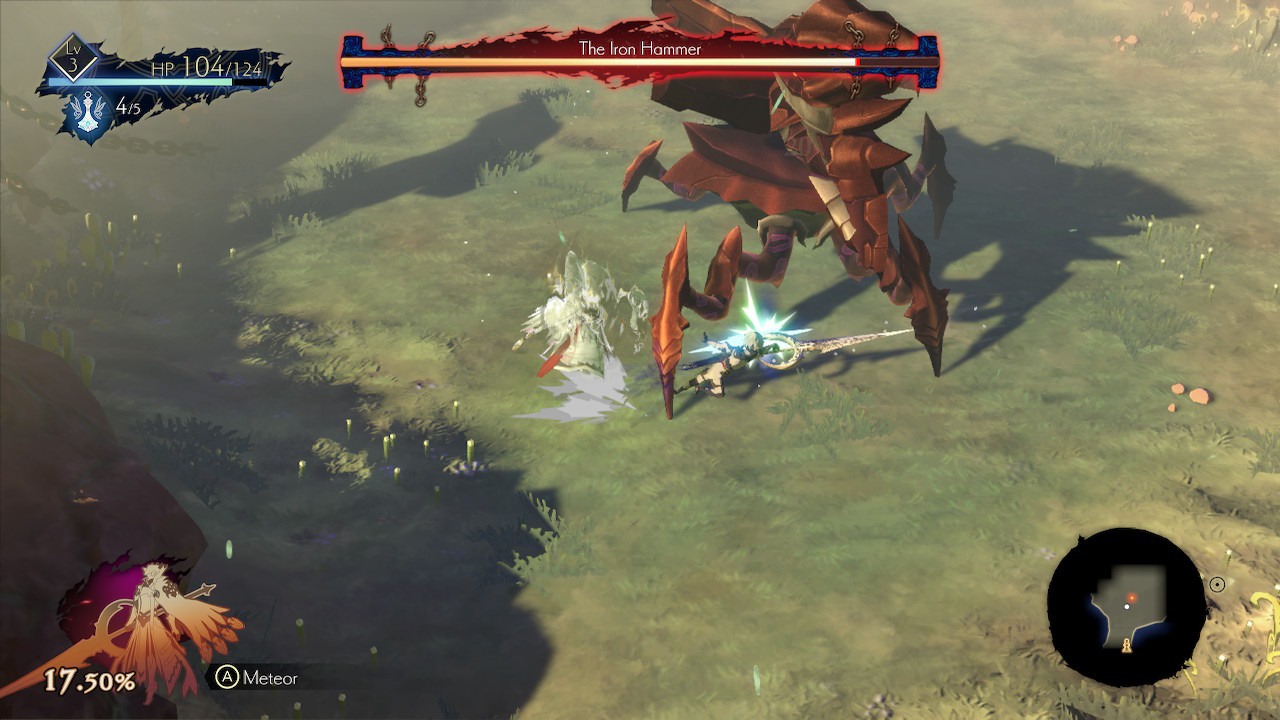 A nice touch with the Daemon is that they don’t play the same way. Your starting sword user is much faster and agile than your Lancer who unlike the dodging swordswoman, can’t dodge, but can jump. Add in special abilities that can be unlocked through a node system further helps to separate the experience making combat itself in terms of ideas, Nights of Azure, but in technical perspectives, The Witch and the Hundred Knight. Only really having access to two so far, I’m sure there will be plenty of other options once the full version will be in our hands.

So with nothing more than a quick look so far, I’m looking forward to the full release of Oninaki later this month. That said, we’ll be back with a full review down the road as this looks like it’s going to be a massive and wonderful experience.