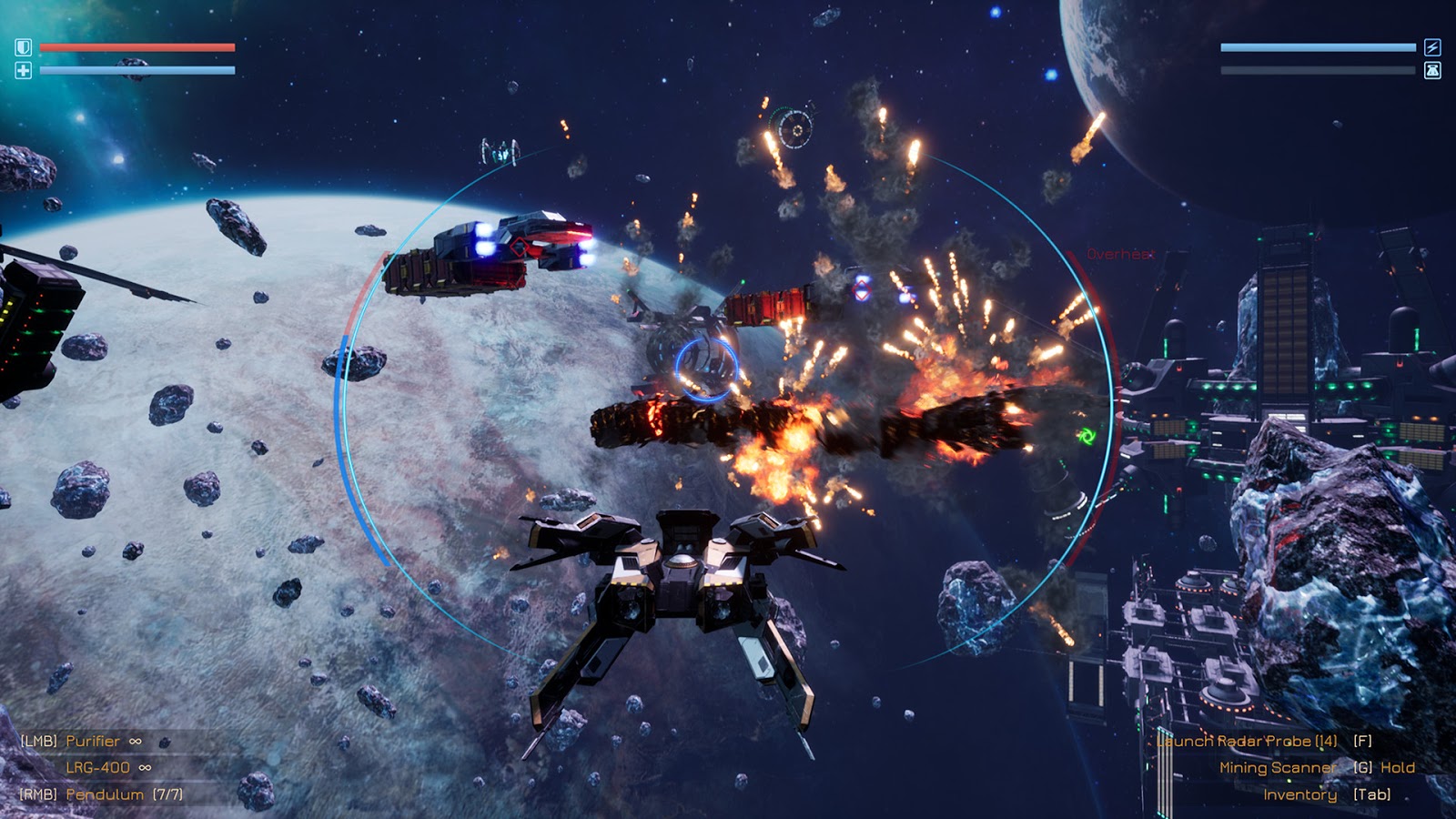 Now, Subdivision Infinity might be an excellent port but it does run into some limitations. Combat, though exciting, does feel repetitive by the end of the game, and though it feels deep at time, gameplay in the long run, feels relatively shallow. Where it really succeeds though, is in level and ship design. I had to double-take, then triple-take in some of the levels because there was no way that some of those could look good on a mobile device (but I was wrong).

Ripping through wreckage at breakneck speeds while trying to out fly a dozen drones and a freaking battleship is extremely exciting and paced incredibly well, however it is thrown a bit off when the game is, by way of being a mobile title, consistently pushing you to replay levels time and time again to grind for resources or content. Many of the game’s ships are not accessible with a standard playthrough (i.e. no grinding), and the way that the resources function in game, by way of random drops, make it difficult to really try out each particular weapon.

By forcing players to go back and constantly replay the same 11-14 minute mission with the hopes of landing some ultra-rare blueprint drop, you are diluting what could be a more significant arcade-style shooter. Even with the need to grind if you want better gear (a trait more often found in RPG titles and less in arcade-style shooters), it is still a fun game, just annoyingly repetitive at times. 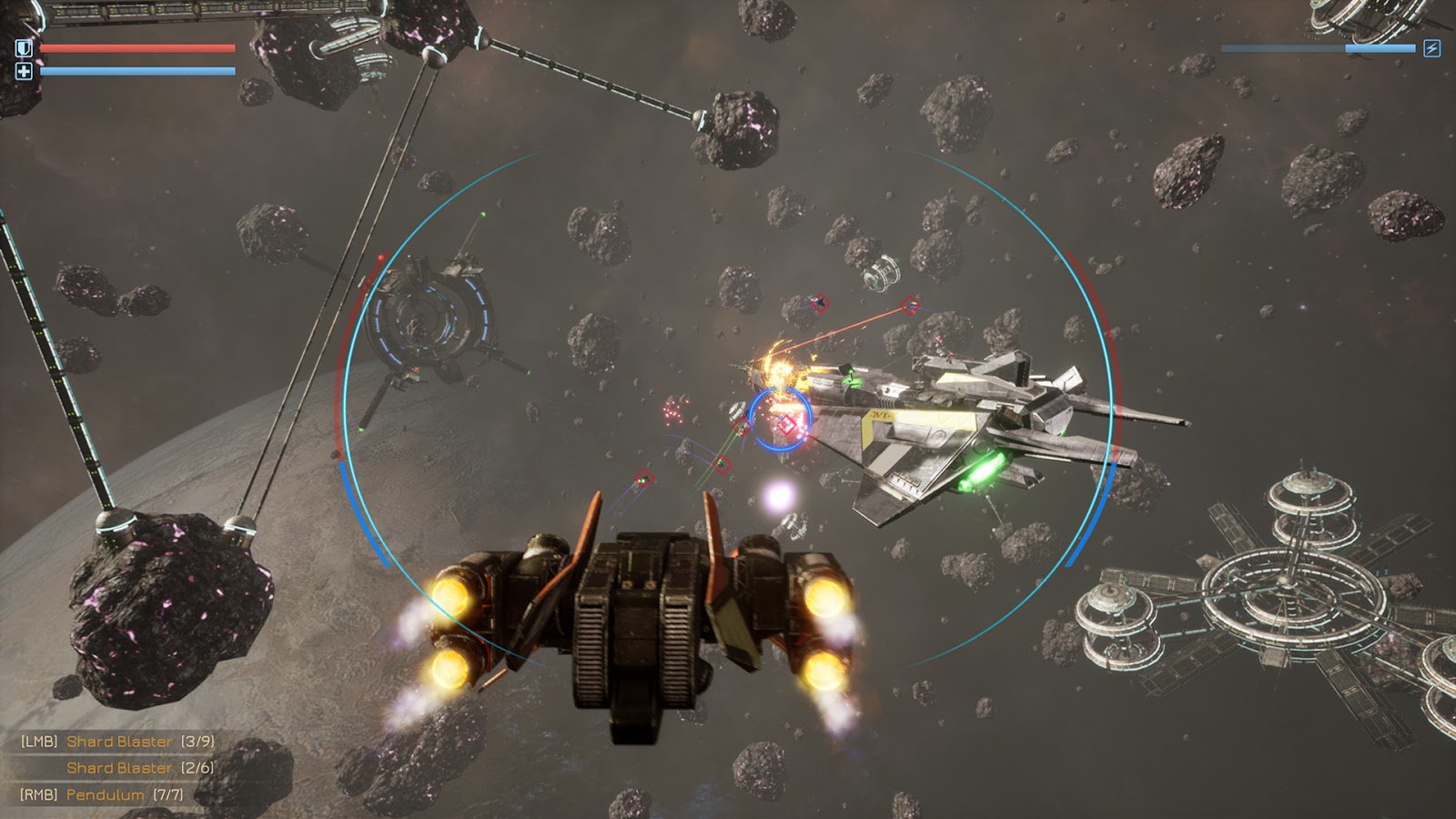 Repetitive gameplay loops aside, Subdivision Infinity DX is actually a fun little game. While the story might not be Witcher III level of depth, it is a fun little science fiction jaunt into a sector of space that has been a bit … destroyed. From drones to mercenaries, to what amounts to a nasty case of ship-based AI illnesses, the story is fun, rarely takes itself too seriously, and moves from scene to seen with solid pacing (which is why backtracking and replaying for resources is so jarring). The various ships feel nimble enough that flying through debris fields while chasing down drones can leave some memorable memories, and for a small game that is an incredible feat. As a straight-forward space-based arcade title, Subdivision Infinity DX is a darn good game, especially at its price point.