Having originally had the chance to sit down to Damascus GEAR: Operation Tokyo for the PlayStation Vita back in early 2015, I’ve now had a front row seat to jump back into a mech’s cockpit for Operation Osaka on the Switch. Having released for the PC, PS4 and Vita last year, this next entry in the series is feeling just as at home in your hands as it does on the bigger screen.

The original Damascus GEAR saw you and your mech fighting out of control GEARs known as RAGEs from finishing off what was left of humanity. Having won, humanity has had a little bit of time to recover and we now find ourselves thirty years later where GEAR pilots are no longer humanity’s last hope. Instead, they are now mercs trailblazing through dangerous locations in search of paths forward or arena champions battling it out against other GEAR pilots. Finding yourself now stuck in both of these situations as your parents have passed and left you both their GEAR and their debt, the clock is ticking to come up with some serious cash as the first debt you come across is but the tip of the iceberg.

Inheriting the debt from your parents made for good storytelling but in terms of mechanics? It made me think of Recettear where each outing could essentially be your last. Each day that you have give you the option to either battle it out in the arena, or go on missions to dive through a maze of floors of ever increasing difficulty. While great in concept, you can only ever go further down with better parts, but to go further down, you have to increase your rank in the arena, which to do that, you need better parts. 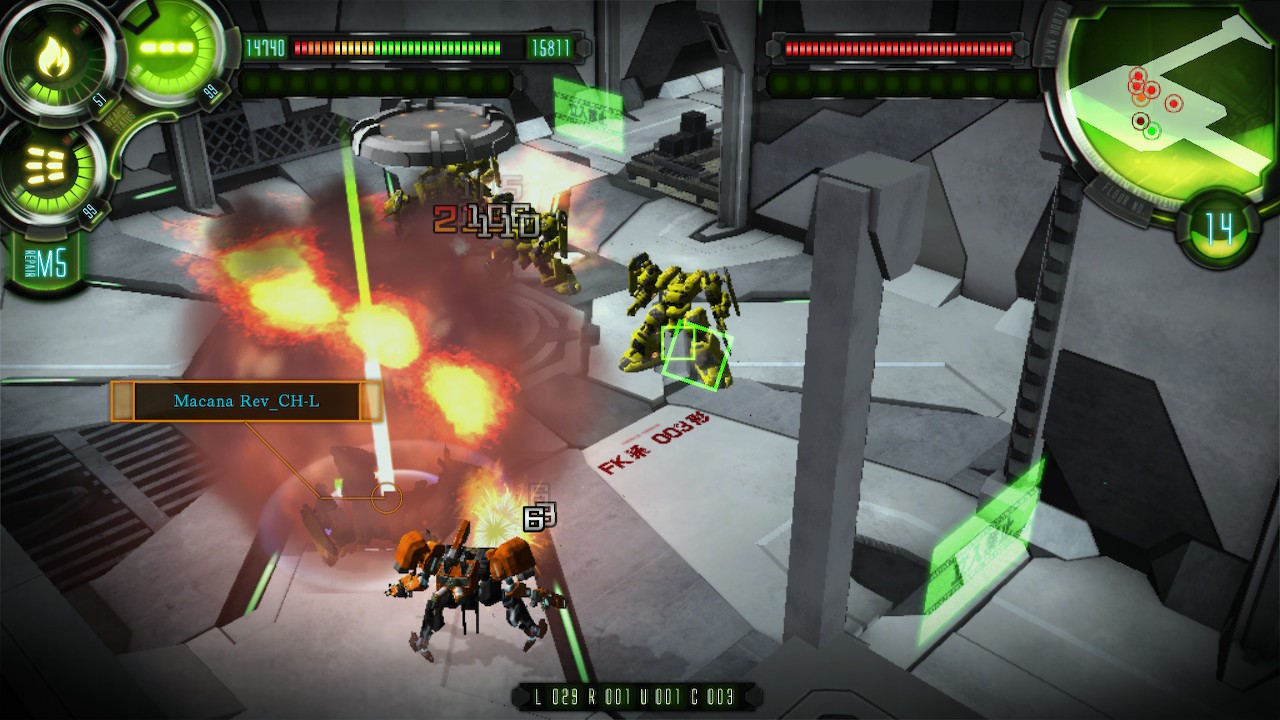 It’s a Catch 22 that if often a pain in the ass until a few weeks in when the arena shuts down and you gain unlimited access to dive through the floors. Even with that, I still game overed when the time came as while my parts were good enough to go through the maze, they weren’t enough to hit my enemies more than one in twenty shots in the arena. The only good thing about game overing is that when you do, you restart from day one but with all of your current gear allowing you to move down the maze faster for that gear that had been lacking.

Keeping with a relatively basic menu system, each day both starts and ends with dialog from your companion android before you decide what you want to do. Missions, Arena (when open), Customizations and shopping are all available through a retro interface that is apparently all the current rage. Doing what you need to have done, you head out to either fight generally one sided fights until you get better parts, or go on missions to accumulate money that you need and parts that you can sell for the money that you need. 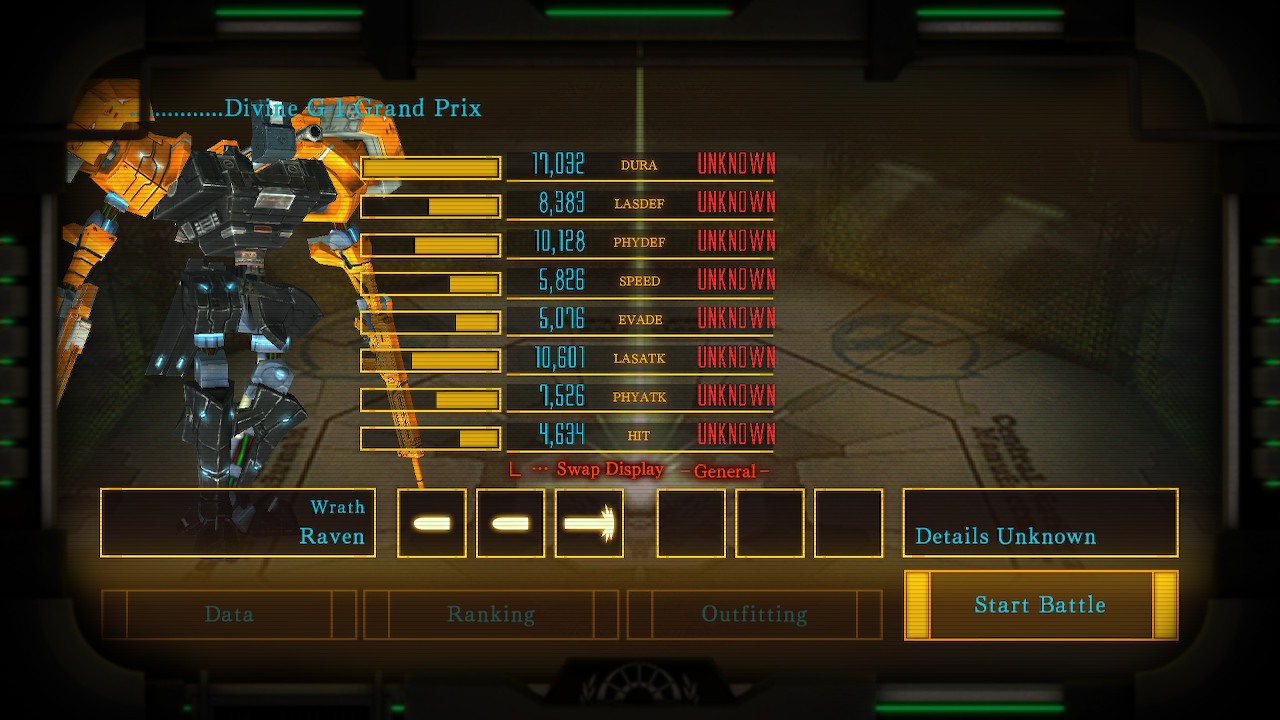 In either case, gameplay is the same. You move around with the left stick and you shoot with one of three weapons. Left and Right hands are interchangeable with machine guns, rifles, swords, chainsaws and others. After those, you have your shoulder weapon that can host lasers, rockets, missiles, grenades and flamethrowers. Each of these weapon types do either physical or laser damage, and in certain ones like shotguns, both. And while deciding on which ones you want, there’s a line to be drawn between how much more powerful a weapon is versus how accurately it fires.

There’s a bit of trial and error to be figured out on the above but thankfully you can always take your mech for a spin to see if the configuration actually works for you or not before wasting a day or finding out that it was really the wrong things to put together when going on missions. The reason that I say the wrong things to put together is that some weapons allow you to fire while moving while others require you to stay still essentially making you one hell of a target and it’s not just your massive weapons either. And it makes sense. If you are going to fire a rifle, you had better make sure your stable and you’re not going to achieve that while moving around. Gameplay is very well designed in that aspect.

So while it may not sound like much, arenas and missions, it’s easy for hours to go by while chatting with your android, selling old gear, sorting through your current gear and figuring out the best possible loadout that is currently available. Damascus GEAR: Operation Osaka is a great sequel to the first and even if there’s a clock counting down to game over if you don’t have the money or win the tournament, there’s always another chance on the next playthrough with everything that you’ve learned from the first!