From publisher to developer in the Soulsborne style, Bandai Namco, known for publishing the Tales of Series, Dragon Ball, and loads of other neat titles, finally decided that it was their turn to capitalize on the now widely popular, and hard style, of From Software’s Soul Series. Delving into it with cell shaded anime graphics not unlike the God Eater series, and this Soulsborne has both a gothic noir vibe from after the fall of civilization and a bit of Victorian macabreness which will make both Dark Souls and Bloodborne fans feel at home.

Being up front, the trial edition unlike a lot of other titles of late does not carry over into the main quest. That said, and the trial edition spans somewhere between thirty five to fifty minutes depending on the cutscenes and how long you spend in the tutorial. It really doesn’t sound like much but adding in a bonus section that seems like it follows Bloodborne’s Chalice Dungeons, and it could keep you busy for an hour or two as you keep trying your luck at what I can only state is an unfair boss who’s way too powerful for that early in the game. Bright side? It teaches you to both dodge and to level up to block his hits.

With multiplayer down the line, Code Vein isn’t as much as a solo experience as it is a team one, again, not unlike the God Eater series that it visually resembles. Going through the dungeon with a partner, AI or eventually human player, and there are things should take an interesting twist down the line as the amount of enemies should in this case be designed for more than a single person. Allies can attract enemies, they can help you ambush them, hell, they can even call them out to you if you missed them as they were just behind this ledge that hid them from view. It’ll certainly be a neat concept as it’s designed into the core of the game and not simply there to help out on stupid hard boss fights. Ornstein and Smough. 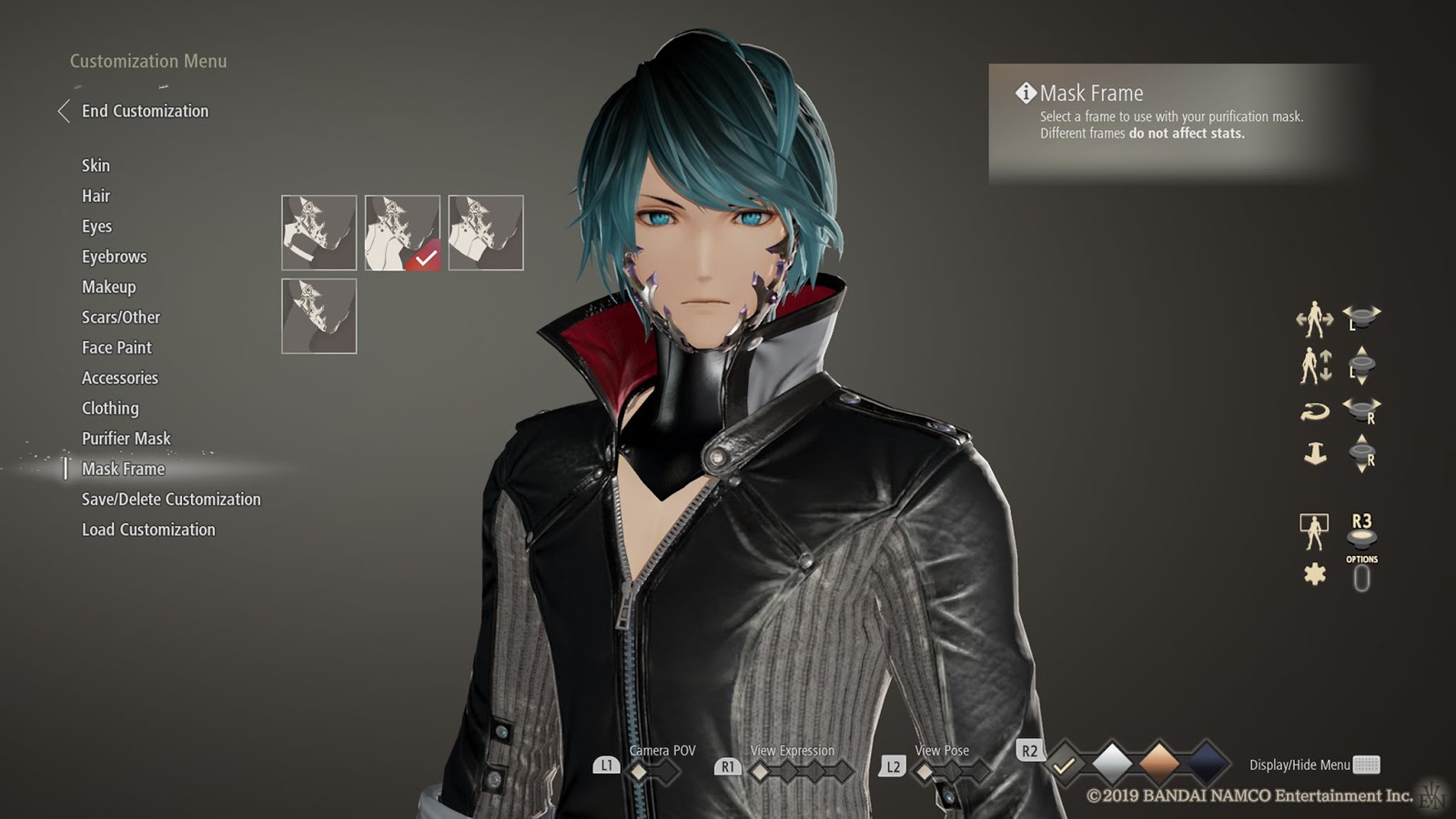 As stated, visually Code Vein looks a lot like God Eater in its anime-esque visual styles and that makes it hella pretty even if the whole world has fallen apart and looks like a destroyed mess. Bright colors contrast with the darkness and when you add in some funky anime hair colors, like I have with my character, and the world is at least that much prettier. Not stopping at environments though, and each weapon has a unique design that is immediately distinguishable from the next letting you know what kind of defense you should be preparing for, or what you should definitely be dodging because no amount of blocking is going to save you.

Adding a bit of its own flair, Code Vein isn’t just about the weapons, it’s about blood types, armor types and weapons. Equipping two weapons at a time allows you to somewhat prepare yourself for some of the situations ahead as if a giant zweihander isn’t working, go for the broadsword or the slimmer blade known as a Queen’s Blade. No. Not the anime. Armors other than keeping you safe are in a way are your third weapon. Equipping armors will change the type of absorption attack that you have in order to steal haze from your enemies in order to perform special attacks. Adding to those absorption attacks, this third weapon can be used to parry which does a metric load of damage if you can time it right. The best part is that your AI allies can do this too.

Finally, where there’s the true difference, is the Blood Types. In a way, and I’m not saying that you’re a vampire, though you kind of are even though they call you a revenant, you steal blood from others and gain powers from it. Instead of being open ended like a Soulsborne where your class is really just your default stat allocation, Blood Types, known as Codes, modify all of your stats and the types of abilities and weapons that they can use. 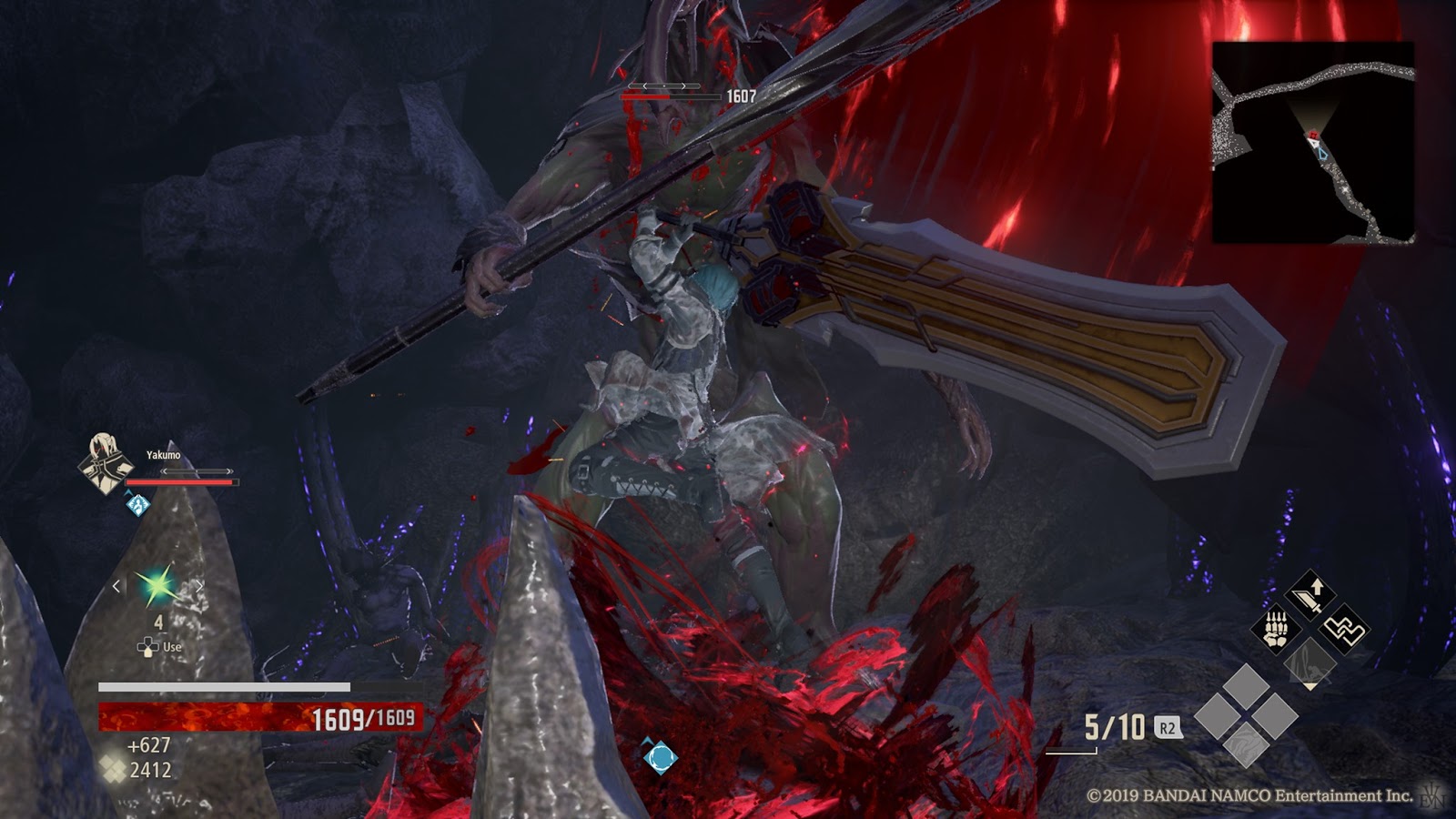 Casters for example can’t wield heavy weapons while things like a Berserker can’t do with light and fast as they are designed for medium to heavy equipment. Adding another layer on this is that while you can level up, that’s about all that you do. You don’t put points in Strength, Dexterity or Constitution, you level up and your Blood Code takes care of any of the modifiers. It’s neat and offers a bit of a different experience than the ones that we are used to. Adding in default parties to go dungeon crawling with and armors that act as a third weapon? There’s going to be a hell of a learning curve on this one.

If I were to have a single gripe? It’s NOT the load times. Actually those are absolutely fantastic. My gripe is that the way that enemies move make it feel like Bloodborne so I figure I’ll be dodging like Bloodborne but instead I’m dodging like Demon’s Souls. Not even Dark, Demon’s. Slow. As. Hell. I came to find that sometimes it’s weapon based but still, slow dodging when the enemies are super fast and you’ll be dying a lot once you start fighting the newer more powerful beings as it’ll take some time to adjust. That said, that was the only gripe that I had.

So while the demo gives a small glimpse of what’s to come in the near future, the glimpse that it gives is a good one and from everything that they’ve learnt over time from being a publisher and a developer in their own right? Code Vein should be exactly what Soulsborne fans need as they wait out the time it takes to get their hands on Elden Ring. 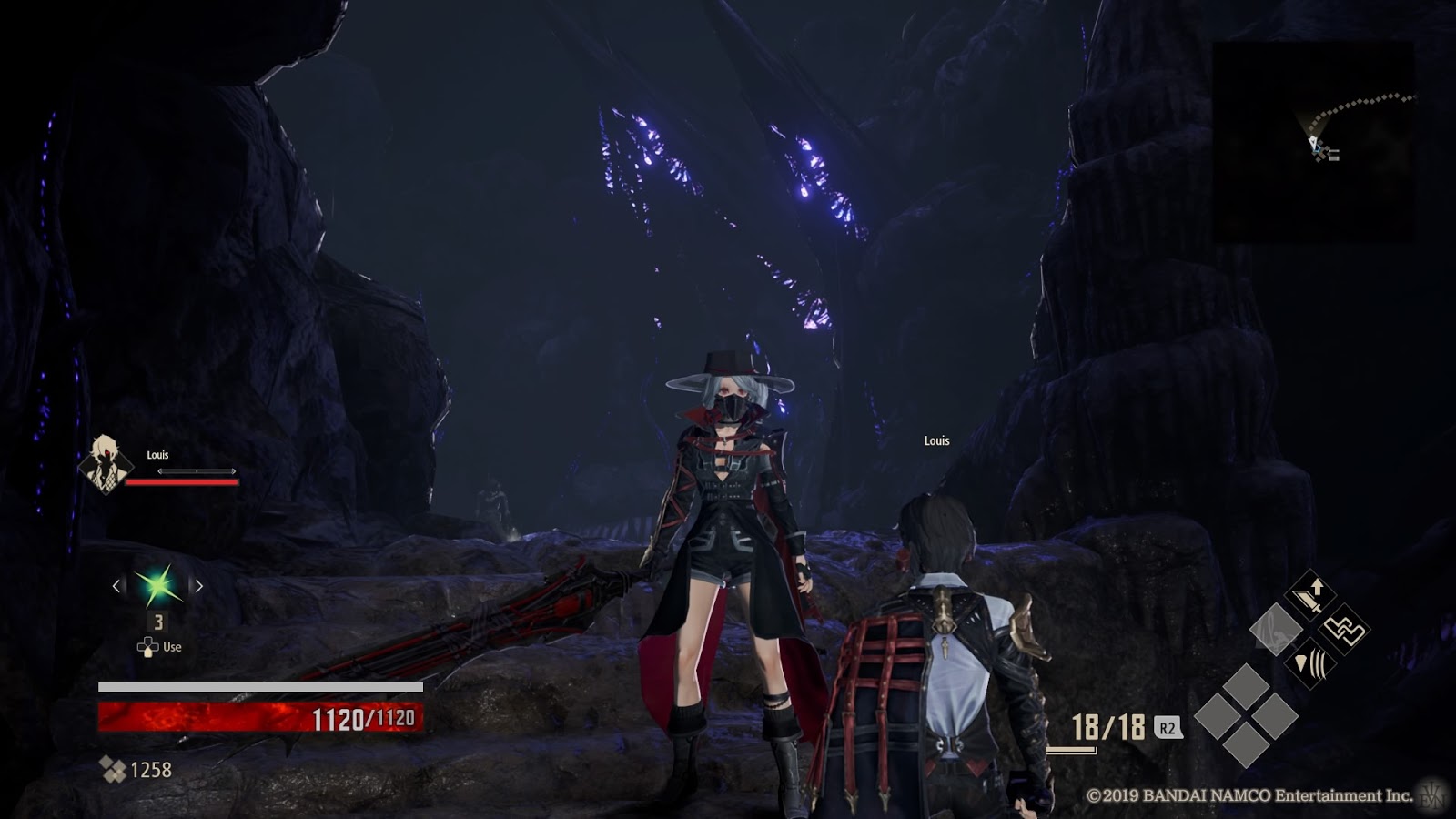 Code:Vein certainly sets a precedent based on the demo. Feeling like Bloodborne, playing like dark souls, and an art style like god eater, welcome to the world of Japanese dark souls. The demo provides a wonderful taste of what I seriously hope the end game comes out like. Combat is fluid, and the fact that correctly dodging fills up a focus gauge, that gives you buffs when full for a short period, is a great addition to the combat style.

Speaking of which, as someone who likes to “multiclass”, or at least swap classes often, Code:Vein offers a wonderful opportunity to do so. Here’s hoping the full game is similar to the demo, because I’m certainly looking forward to it,  although the menu-ing could feel a little better, but small complaints,  right?