You are reading
Greedfall – The First Ten Hours

For those unaware of the studio’s accomplishments, Spiders have made some rather interesting RPGs over the years. From Orcs and Men (precursor to Styx) to Mars: War Logs, Bound by Flame and the Technomancer, their latest entry Greedfall will have you setting sale as De Sardet, a Legate of a merchant congregation, to the “new world” in order to find a cure for the Malicor which is a disease currently rampaging its populace.

By this point I’m over thirty hours in if you could me having backtracked for a few hours as I realized that there’s a point of no return. That said, I’m still not at a point that I can truly decide upon my final thoughts. So what better way than to talk about what has stuck with me the most to this point in time, the first ten hours of De Sardet’s adventure.

Unlike some of the other titles that I’ve sat down to like Of Orcs and Men, Bound by Flame or The Technomancer, Greedfall has you start off as a person of power once you’ve finished designing your character. Being a Legate of the Congregation holds some away over others, especially in the city of Serene where you’ll be prepping for the rest of your adventure. Merchants, blacksmiths and other delegates know of the cost of upsetting you but at the same time, the overuse of power. 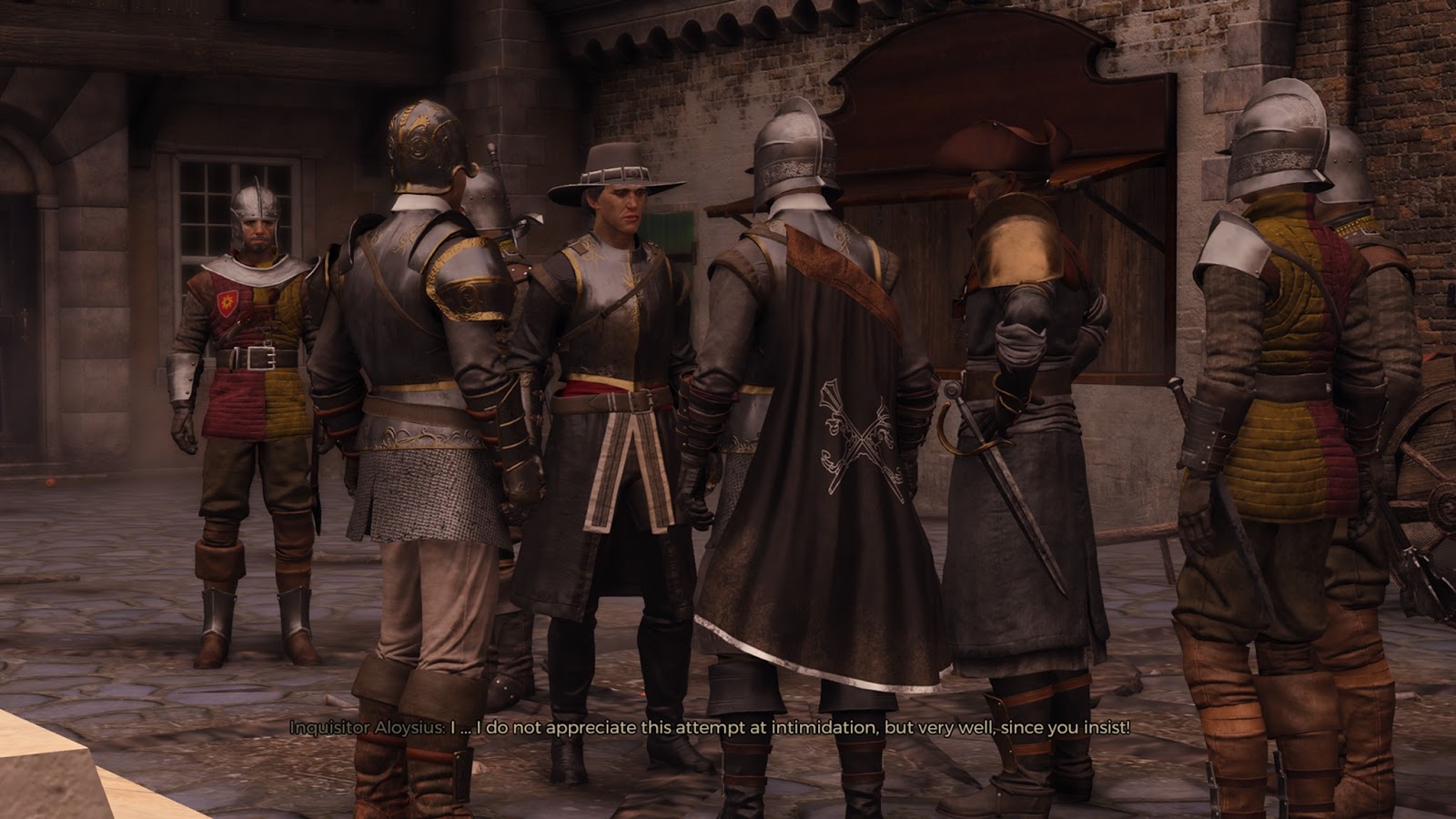 Whether or not you use this power, or even how you use this power, will start to define your character and the relationships that they have with the various factions that you start to come across. Within the city of Serene itself which is very Victorian Renaissance inspired at the turn of Colonization. Not Earth, but inspired by our actual time period, you’re getting ready to leave. What you do between talking to you’re few targets and getting your cousin? Entirely up to you.

Taking on side quests like a lot of open world experiences give you a better idea of the world around you and often one side track will lead into another which while unrelated at the beginning, can often help you move forward in another way that you didn’t even know were possible in the beginning. You can do all of these if you want clocking in around two to three hours. It’ll give you experience sure allowing you to have a leg up in the new world, or, better yet, it’ll give you a base for everything that De Sardet knows about the world which is seriously about to be turned upon its head.

These first few hours I thought were absolutely key to learning about this world and it’s customs. And in a way? It was. I learned exactly how the old world worked between its three major power structures and how delicate things were tottering with a fourth that was required by the other three. The Nauts which are the ship merchants and the Masters of the seas bring everyone everywhere as they have through feats of magic *cough* science *cough* mastered the waves and the ways between. 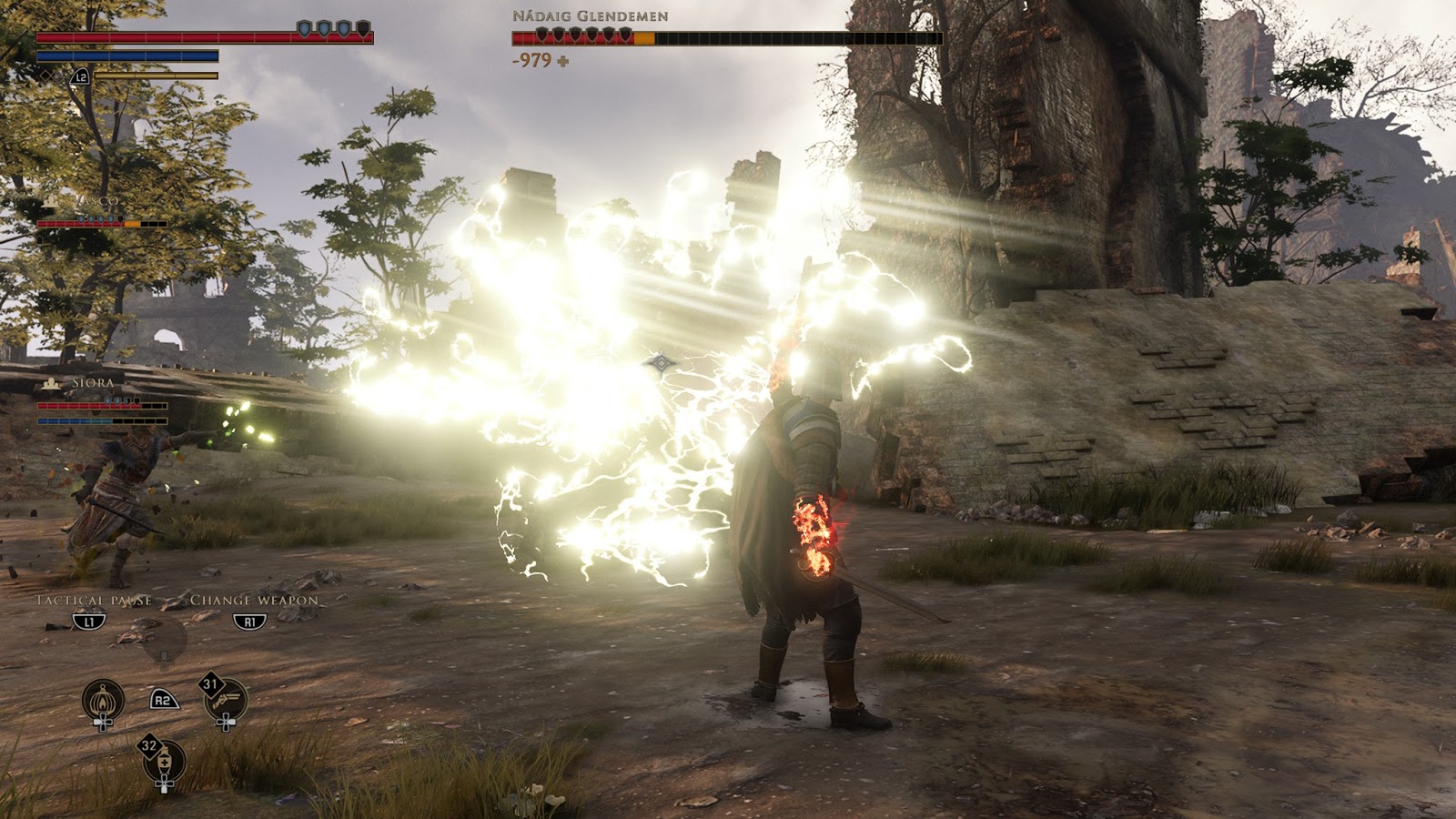 Brought to New Serene from Serene by the Nauts, it looks more or less the same until you see the low walls that separate Victorian architecture with the beautiful colours of nature. Tasked with sending your cousin’s, the new governor of New Serene, greeting to the governors of the other factions on the island, it doesn’t take long to meet the actual native populace who for the most part are not happy about anyone being there.

Disruption of their ways of life, bloody battles, attempt at religious and social conversions, there are more than enough atrocities to go around. Not unlike our actual pasts. And here you come in. The new “blood” to the Congregation of Merchants. The new person of power who’ll either let the power go to their heads, or find a balance that works for everyone.

Now going on over thirty hours as I’ve obviously get going from the start of this first look until now, I’ve finally made it back to the point of no return and I think I’m in a good place to put my final verdict together. So stay tuned for our full review that will be coming in soon!