Other Platform(s): None, Previous version on the PS3

Fantastic visual style, excellent voice acting and a truly interesting narrative makes Catherine: Full Body a very enjoyable game to return to. This release is far more than just a visual update as well, providing compelling reasons to return to the game if you were a fan the first time, ample reasons to give it a go if certain things about it bothered you originally, or if you just happened to miss this title when it first released last generation.

The original Catherine was one of those titles that really divided many people for a variety of reasons. The themes were decidedly adult and dark, while the graphics were bright and colorful. The voice actors did a fantastic job of portraying characters that were almost always flawed and at times, even unlikable. The pacing was something of a strange beast too, with long periods of almost visual-novel-like narration based around conversations, and then hard-as-balls puzzle mechanics that ranged from rewarding to infuriating depending on how I was doing at the time. Still, I enjoyed my time with the original Catherine, giving it a fairly high score in my review despite some of its flaws. So when the remake of this title was announced, I was very curious to learn more about it.

To start, I am going to talk about the game itself. You assume the role of Vincent, a developer who is starting to approach something of an early mid-life crisis due to his somewhat domineering serious girlfriend, Katherine. However, the idea of long-term relationships is thrown into chaos when Vincent wakes up next to a beautiful, playful woman named Catherine. This throws Vincent into a love triangle as he tries to determine what is important to him while having conversations between stages with a variety of different people. This keeps the narrative going strong as an A-list group of video game voice actors (Laura Bailey, Troy Baker, Johnny Yong Bosch, Yuri Lowenthal and more) really help to sell these interesting, sometimes over the top and certainly flawed characters. These story sections were easily my favorite parts of the original title, and that holds true in Catherine: Full Body as well. 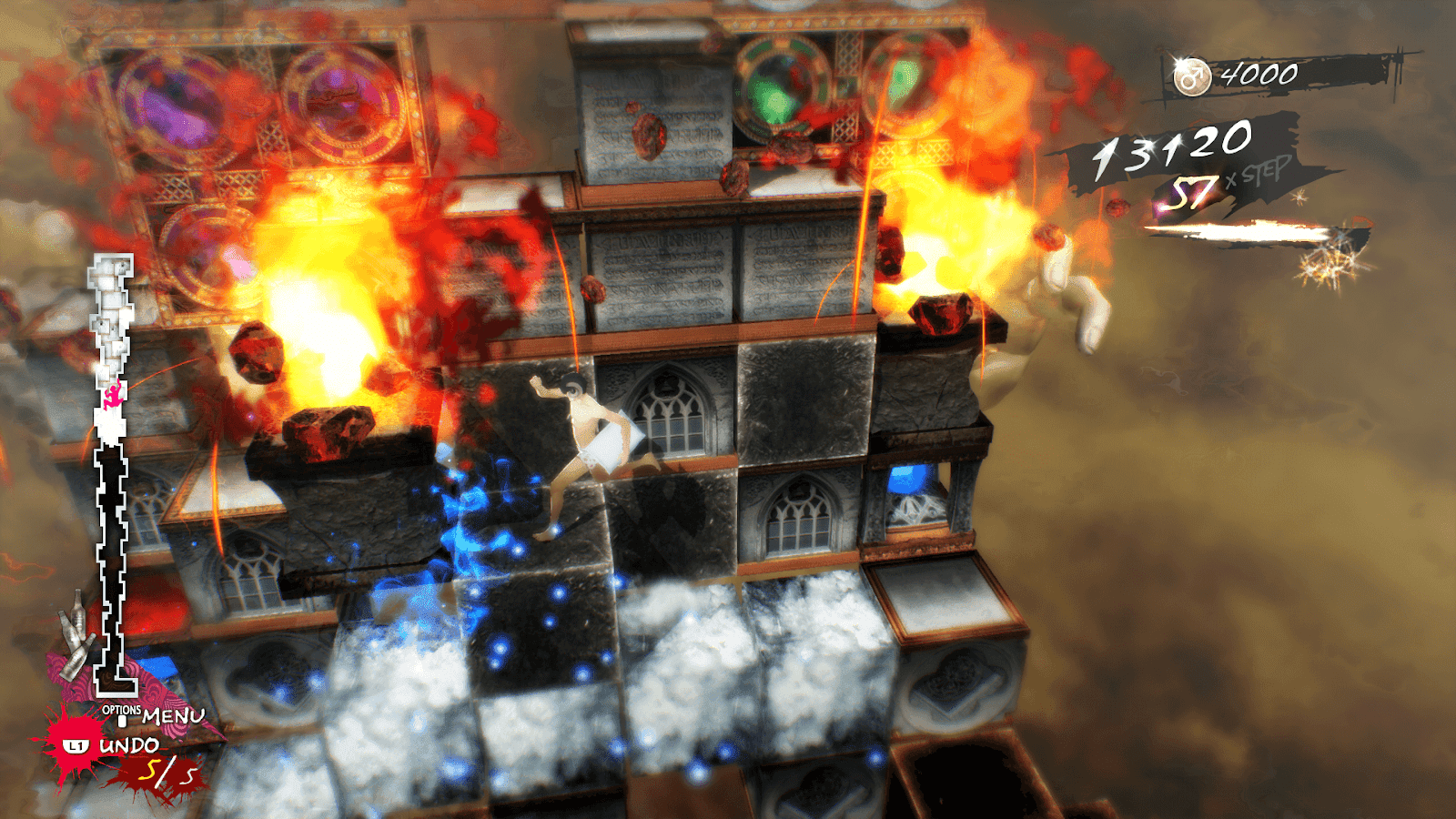 However, this is not simply a visual novel with some Choose-Your-Own-Adventure mechanics baked in. Between these story segments filled with character interactions are action/puzzle segments where you are focused on pulling out blocks from a wall to clime upward to escape these nightmare segments. These start simple enough, but the development team did a great job in continually adding new facets to these stages that manage to complicate your life. Add to it that there is a time element baked in as well, and these puzzle segments took on an almost legendary level of difficulty in the minds of many gamers. For better or for worse, these segments were really divisive as many players found it too difficult, too frustrating to see the game through until the end and see how the story concluded. I recall finding the last few stages to be rather aggravating myself, to the point where I nearly gave up a few times, but my desire to see the story through until the end was too great.

Fast forward to Catherine: Full Body, and the puzzles have seen a handful of changes. There are more of them, there is a Remix mode that takes the core puzzles and shakes them up to create an all-new challenge, and perhaps most importantly – there is an option to skip puzzles. The majority of gamers will still want to take these challenging stages on, because they are fun more often than not. However, this takes the pressure off from those who would rather just experience the story without getting angry at these stages in between. This can only be good for the game’s overall appeal to a broader audience. 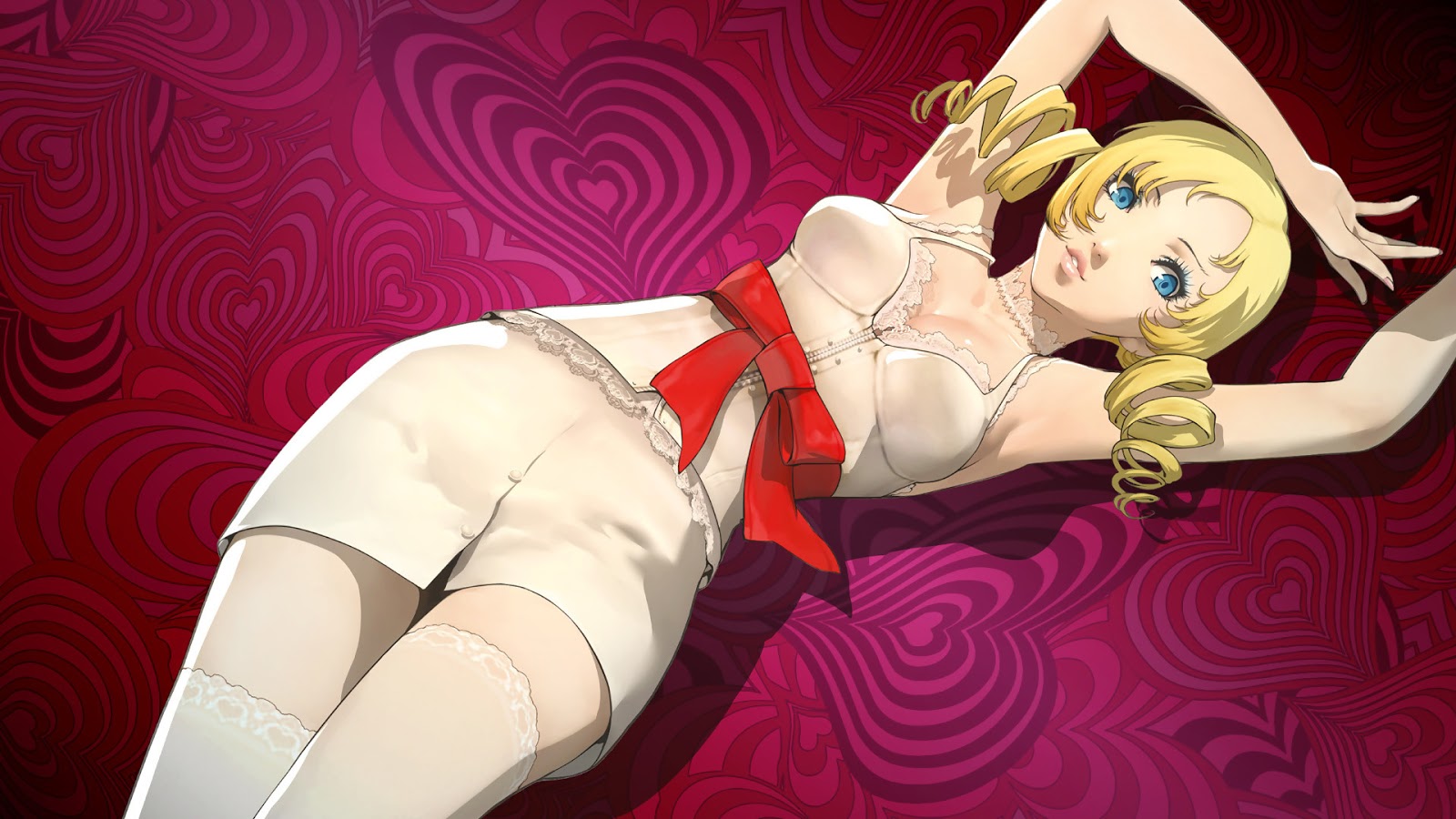 However, is it not just the puzzle component that receives some attention. There are a handful of lesser side characters involved, and while it is impressive that the team at Atlus managed to get the original voice actors back so they could add to their prior lines, the introduction of Qatharine (Rin for short) is perhaps the game’s greatest accomplishment. The reason for this is because the love triangle from the new game has introduced a new potential love interest here in Catherine: Full Body. She is an adorable character to be certain, but perhaps most interesting is how seamlessly the development team has added her to the mix. If you were completely new to this story, you would not realize that Rin was not part of the original tale. Even being familiar with it, having played through the original Catherine again a couple of years ago, I struggle to wonder which parts were changed and added while which parts were left wholly in tact. In terms of blending the old with the new, this was a masterful job by the development team with some big payoffs later in the story. The original themes about fidelity and commitment still hold true today and are in no way watered down by adding this new character.

All of these additions are certainly welcome, and improve upon an already really interesting game. However, some of the issues Catherine possessed years ago upon its initial release still persist today. While the characters are interesting, and as I mentioned earlier flawed, they are sometimes a bit difficult to root for. The entire premise sets Vincent up as a bit of a selfish jerk right out of the gates, and many of the other characters do not fair all that much better. The ability to skip puzzles all together is nice, but maybe a ‘very easy’ for those who still want to play but maybe don’t want to get frustrated would have been nice as well. Also, for a remaster, the visuals do not seem all that upgraded. In fairness, Catherine was released last generation, so the jump is not as significant as a game that was remastered from PlayStation 1 or 2. The anime style visuals still hold up really well overall, I just struggle to really see how much they have been improved upon. 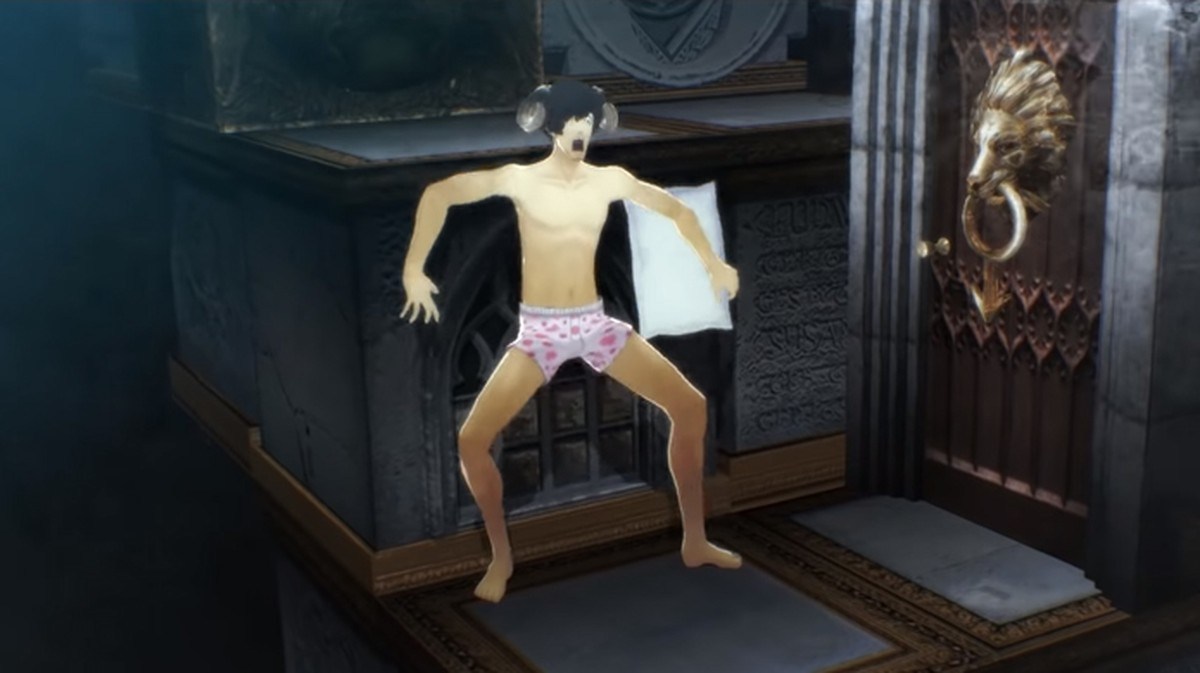 By and large, Catherine: Full Body does most of what you want to see from a remastered game. It makes improvements upon some of its more notable flaws, adds some more content and does a great job of meshing all of it together. Is this enough to convince people who found the first game too difficult or frustrating to come back and give it anther shot? I hope so, but I am not entirely convinced. That being said, there is enough new content here that those who enjoyed the original or never played it in the first place should enjoy what Full Body has to offer.