You are reading
Children of Morta – PlayStation 4 Review

What first caught me eye about Children of Morta was the gorgeous pixel art when the title was first announced. So while I came to the game for the visuals, I found myself staying for the varied characters and interesting gameplay.

Our story begins with not just a person, but a family – the Bergson family to be precise. This is a diverse family, to say the least. You have a swordsman, an archer, a dagger-wielding fighter… basically this is a family that covers all of the fantasy hero archetypes. The story focuses on driving back a great evil, but it is the family as a whole who is tasked with the responsibility of doing so. This theme of family is present throughout, from the story to the way some of the skill progression works as well.

Starting off, we follow the family patriarch, who is the typical sword and board type of character. You see the game play out in a top-down view similar to classic Zelda titles and are walked through the basics of attacking, defending, evading and so on. The introductory level is brief, though the same could probably be said of the game on the whole as well. Children of Morta is not a long game by any means, and while it has the rogue-like procedurally generated levels and items, the story itself is both linear and somewhat brief. 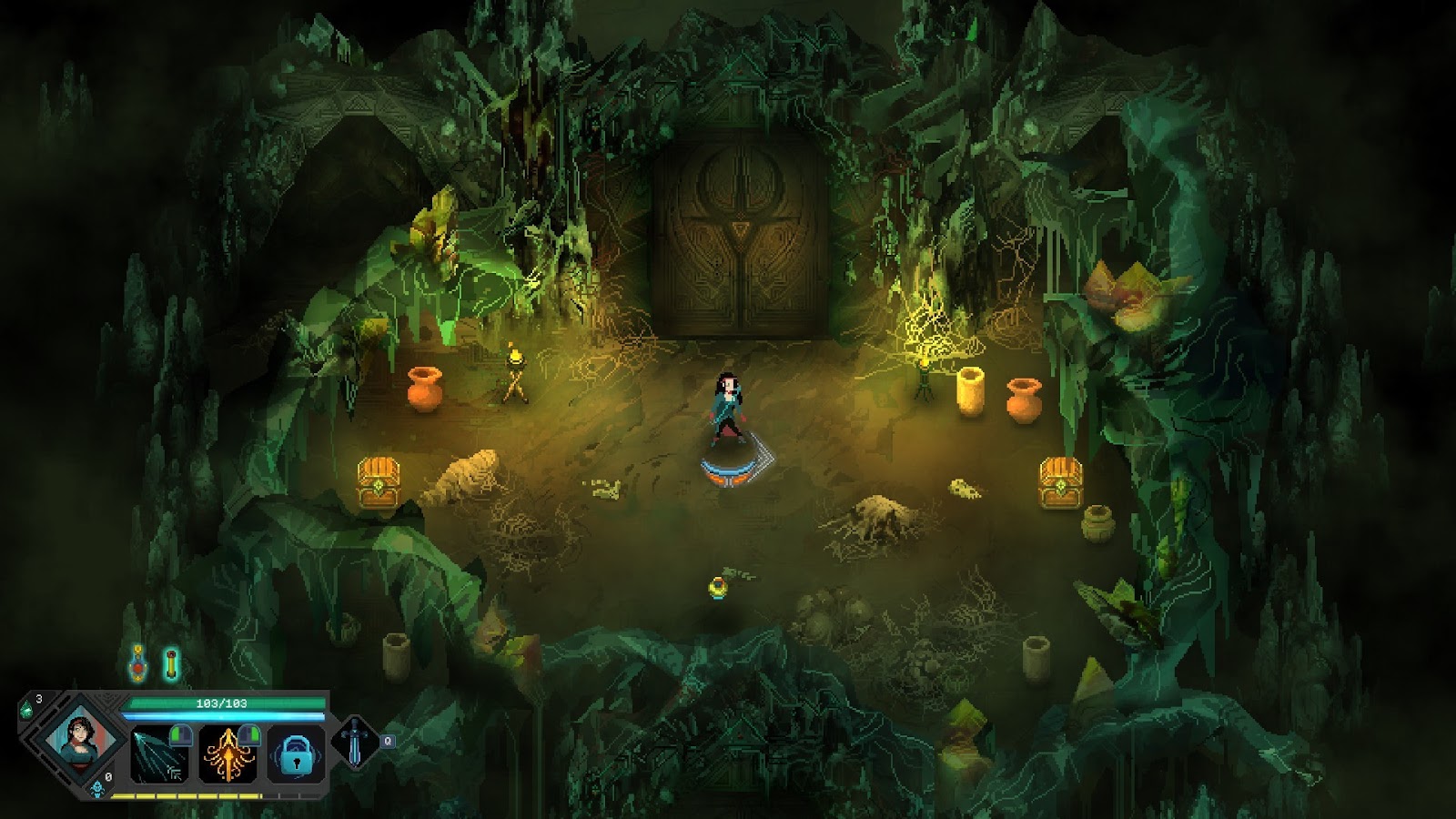 So you learn the basics of the game using John to start, and then his oldest daughter Linda joins him shortly after. As you progress through the stages, more characters become available. The thing is, as great as it is from a practical standpoint to have these characters that provide plenty of gameplay variety, the way the story pulls them all together in support of one another is particularly heartwarming and surprisingly effective as well. The game encourages you to try the different characters out, applying a curse or sickness to ones who are overplayed. Also, despite each character having their own distinctive skill trees, there are family skills that can be unlocked across the board as well, further cementing that bond between the disparate characters. Further customization can come in the typical runes and items found along the way.

While there is substantial diversity in the way the different characters play out, the combat itself is not particularly deep. It is fast-paced, and there are instances where the screen just feels flooded with enemies and this leads to a fair amount of hack-and-slash repetition. Credit to the boss battles for being a bit more unique than the every day minions encountered along the way, but the grind of swinging or shooting away at hordes of simple, disposable enemies does start to feel a bit bland by the end of the game. 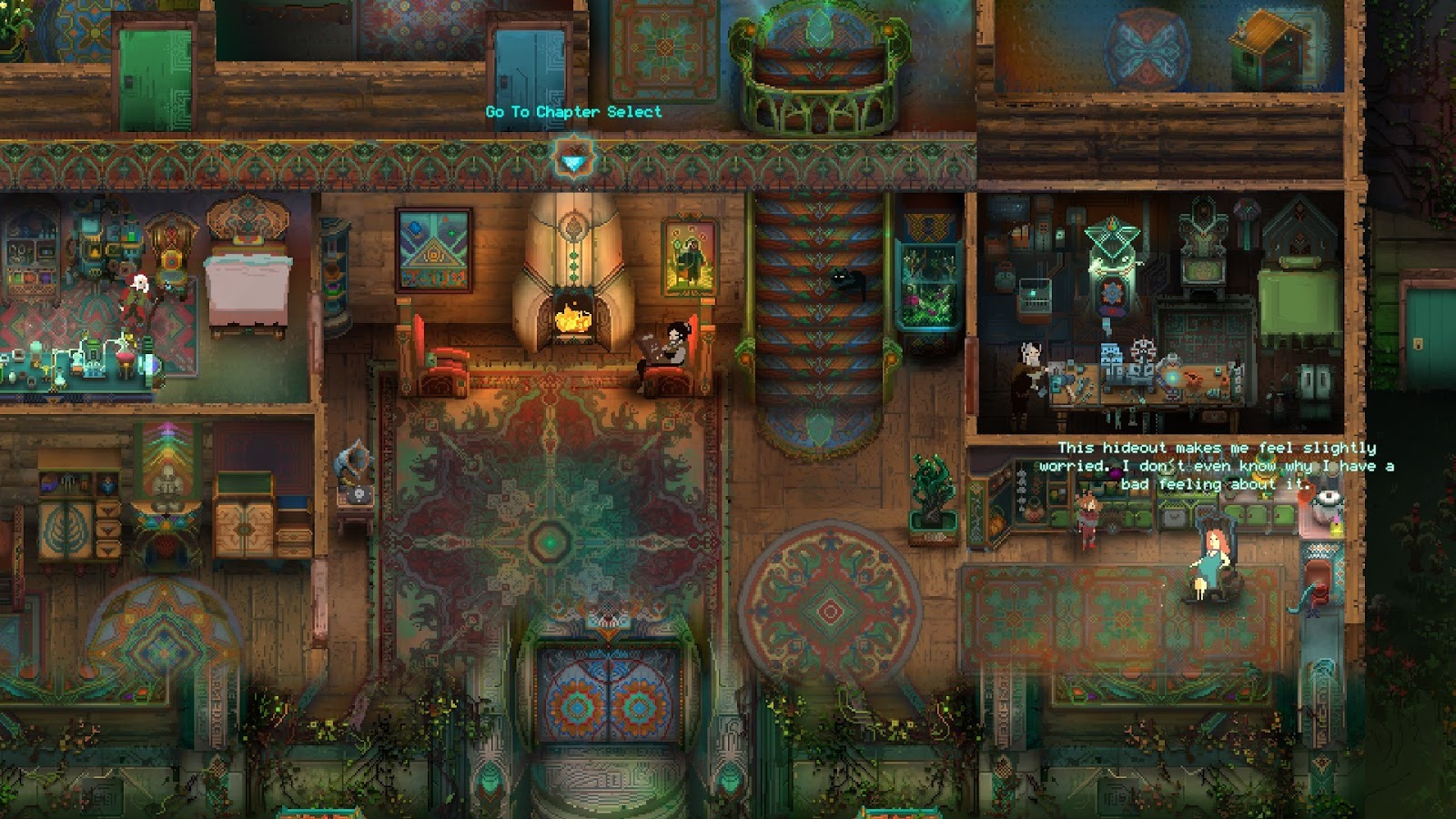 In terms of the actual systems and such wrapping up the gameplay, the visuals are the standout here. A mixture of pixel art, painted art and clever animations make Children of Morta a genuine pleasure visually. As good as it looked in images and early trailers, the game is even better than that when actually playing. The music is fitting as well, with a little mental stickiness to them that I was recalling even when not actively playing. Despite how pretty the graphics are, the text is a little on the difficult side to read, and the load times seem a bit on the excessive side as well from a technical standpoint.

Now, I am someone who finds the idea of permadeath and some of the harsher elements of roguelikes to be a bit of a turnoff. If you want super punishing, punitive gameplay, Children of Morta is probably not going to be for you. I died and quite frequently, but there is a sense of progression that is allowed to carry over, and that allowed me to feel as though I could now defeat what had last bested me. Dungeons – and their often multi-staged bosses – provide decent enough challenge, but Children of Morta is a somewhat short game that did not prove too difficult to actually beat. It helps that aside from the numerous ways you can improve your characters while you play, there are Diablo-like stones in the dungeons that can grant temporary, but also very useful buffs along the way. 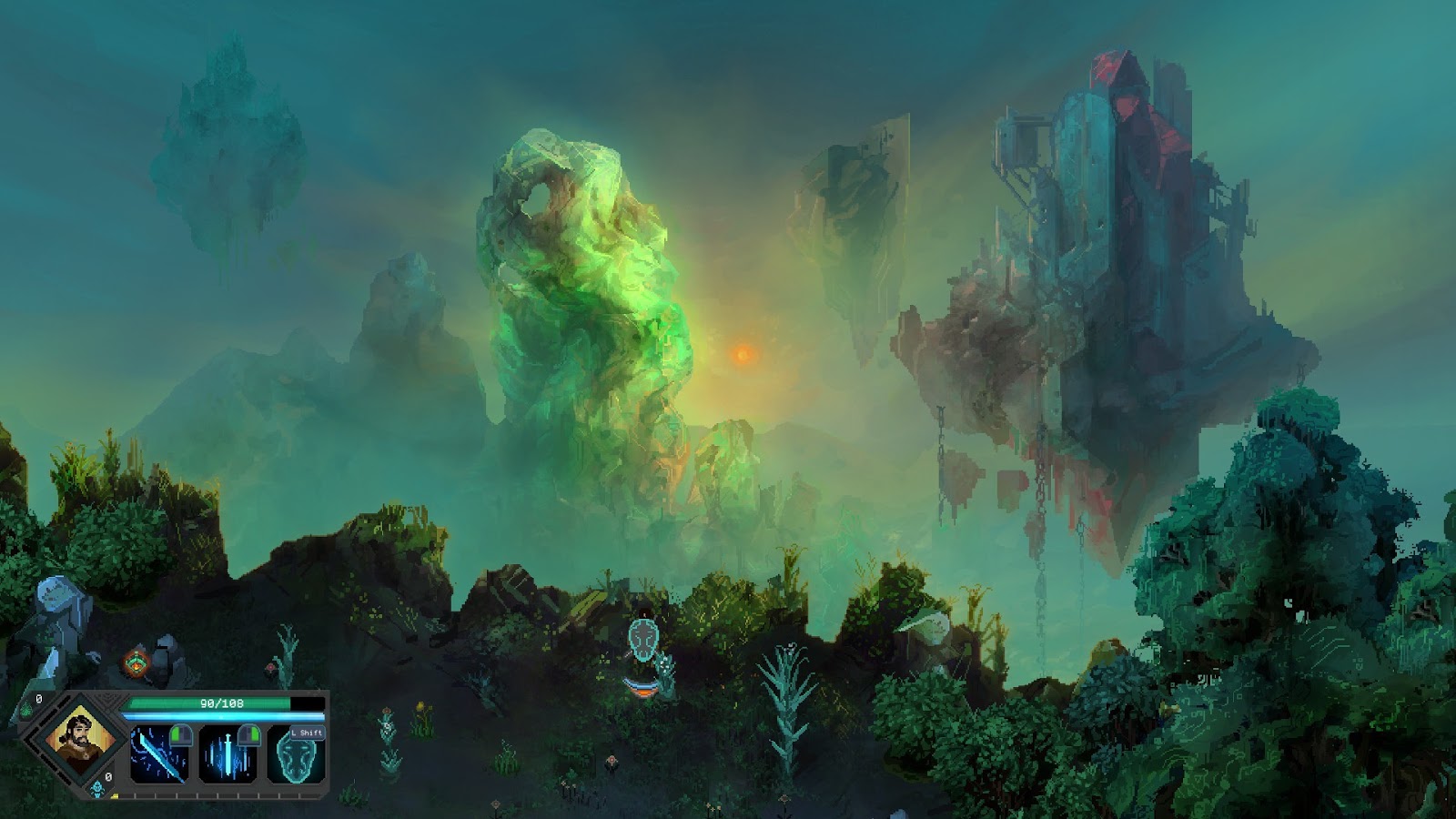 Despite the randomly generated dungeons, there is not much in the way of replay value to be had in Children of Morta. The storyline is linear and it is a somewhat short game. That being said, the journey through that first time is delightful, due in large part to fantastic visuals and also the interesting family dynamics found in both the gameplay and the narrative. The rogue-lite elements work well here, encouraging progress without being terribly punitive. Fans of the action-RPG genre should definitely give Children of Morta a look.