Destiny Connect: Tick Tock Travelers is a cute little adventure brought to us by NIS. While Tick Tock Travelers tells a cute story of bravery, friendship, and beating up household appliances, it has quite happily inserted itself in the role of what you may call “RPGs for Dummies”. If the book series happened to have physical examples to get you started with RPGs of course.

Contrary to what you may think from the above statement, Tick Tock Travelers isn’t lacking in terms of what went into it’s production. Far from it. A lot of the story and soundtrack flows nicely together as you follow a young girl named Sherry as she strives to find out why machines have invaded after time mysteriously stops. Sherry and a handful of others don’t seem to be affected by time stopping, so Sherry sets out to discover the cause and set time back in motion. Dragging along her friend Pegreo and a robot named ISAAC she found in her basement, Sherry and her rag-tag bundle of would-be heroes travel through time in order to set it right. I’ll be perfectly honest when I say the storyline was exactly what I would expect it to be. While most of the characters each have their own unique quirks and personalities, they’re hampered a bit by the lack of voice-acting, which I would generally expect to see on a console title such as this.

Before we get any further into this, it should be stated that Tick Tock Travelers gives a bit of a weird feeling that I couldn’t really pin down until writing this review. At times it feels like a low budget title, and at other times it has aspects that I would generally associate with a higher budget title. This weird sense of dissonance really got to me until I figured out why it felt like this. Ultimately, Tick Tock Travelers feels very much like a game that you would give to a younger player to get them into the RPG genre. This isn’t saying it doesn’t have a certain draw for the older audience, but personally I felt like I was on the fence for the scale of “would this look awkward if someone my age bought this in a store”. As an example, while the storyline they were going for is a bit of an interesting combination between fairly generic and slightly unique, there wasn’t anything that I didn’t expect to happen, even to the point of me calling out stuff that was going to happen 20-30 minutes before it does. That being said, the plot is rather well constructed and tied together in a way that didn’t leave me saying “But why would you even do that?”. 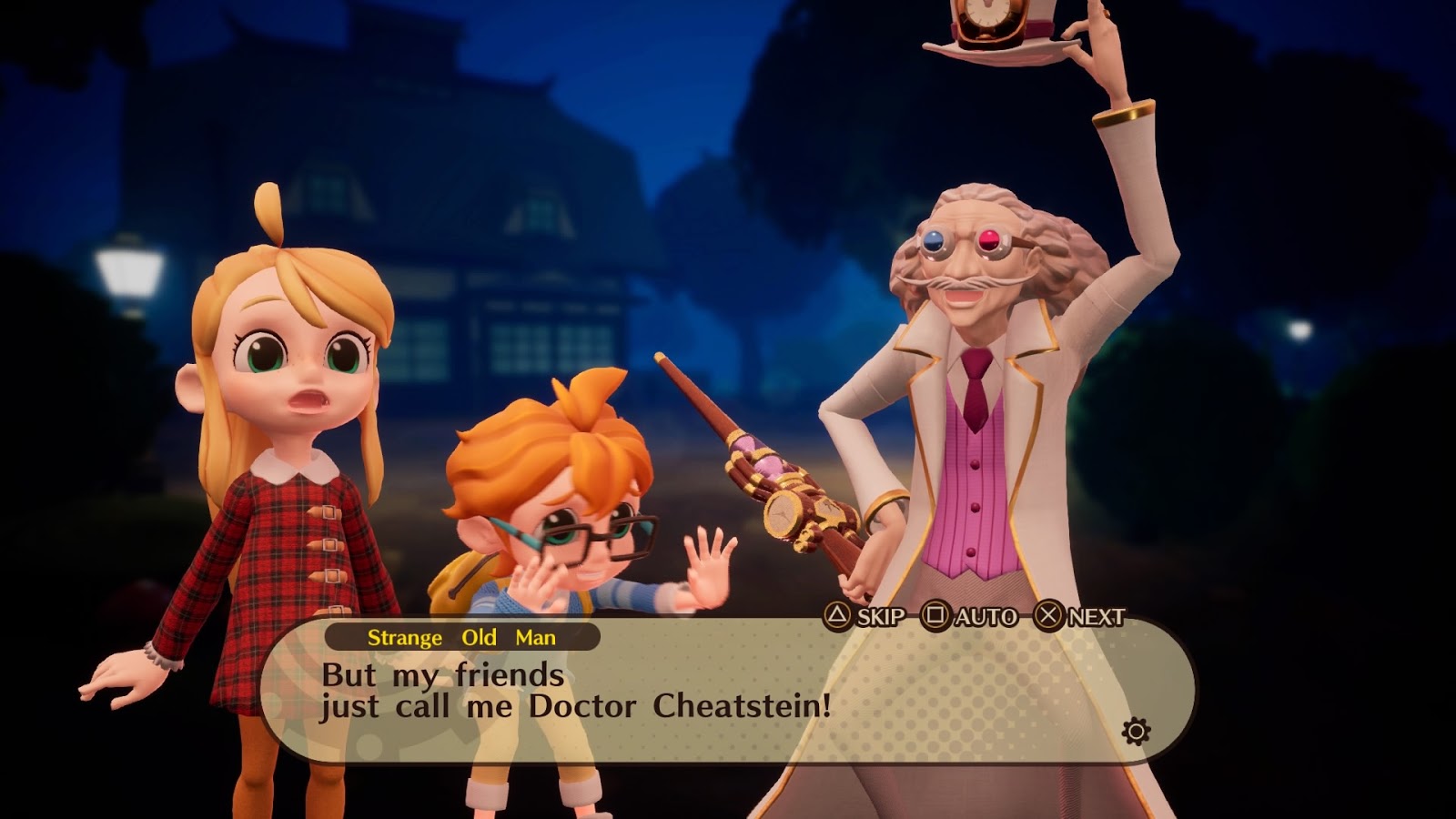 Also reflecting the feeling of being a game for a younger audience is the art style. While the vast majority of the NIS titles I’ve played before usually consist of anime styled sprites and SRPG gameplay, Tick Tock Travelers throws that out and instead goes with a cartoonish 3D graphical choice. Characters in cut-scenes are fairly expressive and tend to have overly exaggerated reactions to pretty much everything, leading to a feeling that the game is trying very hard to indicate what characters are feeling or trying to express.

While this can be taken as more of a comedic tone for the older players, the art style and character reactions are very reminiscent of a lot of kids shows that my neighbor’s nephews have taken to watching. There are a bunch of little details that most kids probably wouldn’t pick up on however, like the fact that reflective surfaces actually do show a distorted reflection when anything, whether enemies or your on-screen character, walk in front of them. Additionally, different floor materials produce different sound effects when stepped on.

Gameplay consists largely of turn-based combat that gets initiated by running into enemies, or being run into. Normally you will be roaming around the town of Clocknee looking for your next objective, with a bunch of green enemy icons dispersed throughout the area. Different icons indicate the types of enemies you’ll see if you get in a fight, making it rather easy to pick up on which types of enemies you’d prefer not to pick a fight with, although most of them aren’t particularly that hard. When in combat you have up to three characters in your roster, with one mandatory being ISAAC, and you take turn smacking your opponents, with the higher speed characters/enemies getting more frequent turns. 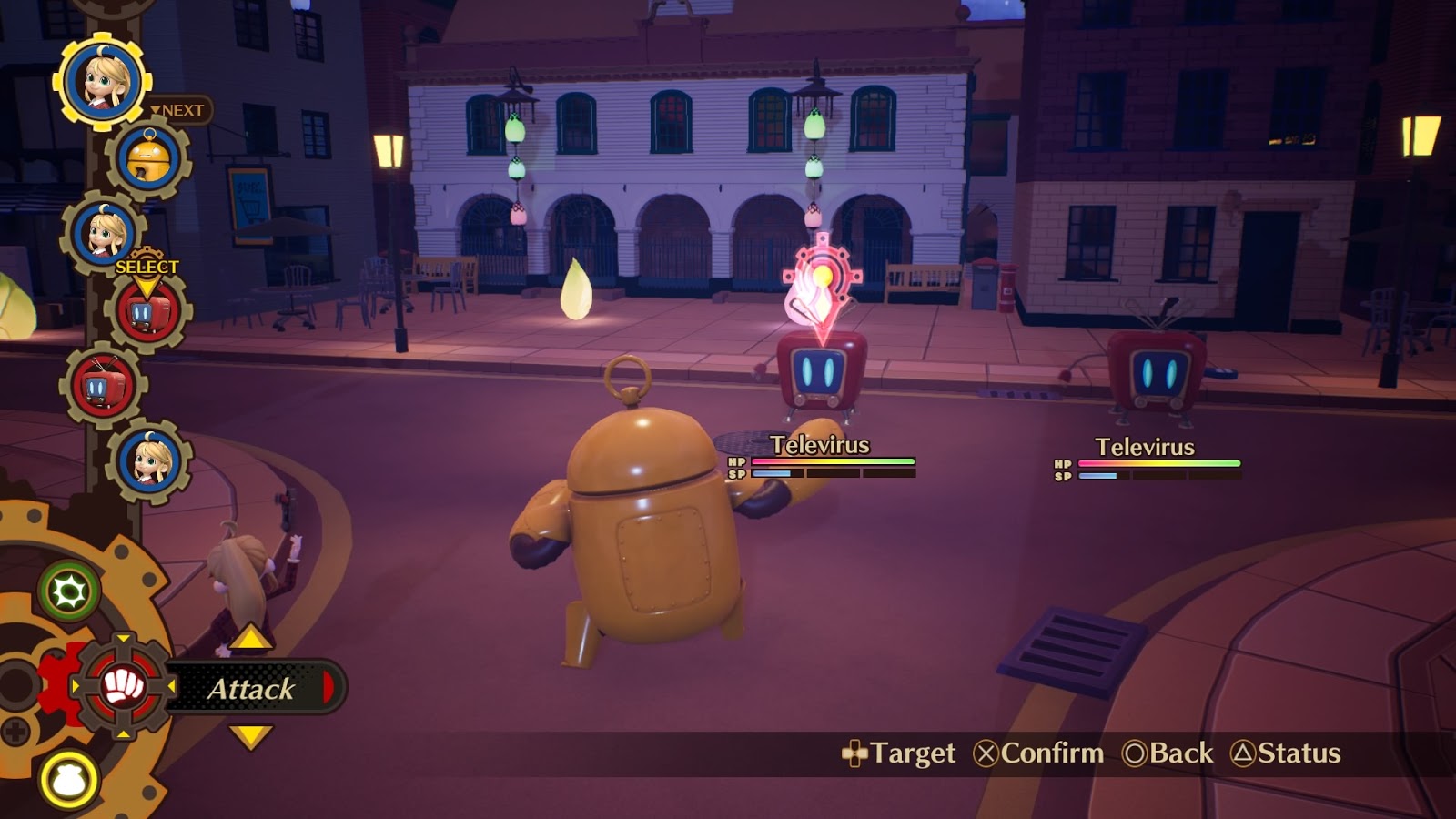 Both the player characters and enemies have SP bars that will build when performing most actions, reaching a max of 300%. Skills each fall into one of three tiers, numbered for your convenience, and use the same amount of SP (e.g. 100% for tier 1, 200% for tier 2, 300% for tier 3). Skills can be upgraded with items that can be acquired from beating up the home appliances turned murder machines that make up your enemies, and is the main reason the game isn’t particularly difficult. Sherry gets a skill almost right off the bat that heals for an absurd amount of health for a ridiculously low cost. Coupled with her high speed, chances are you won’t have too much trouble surviving the fights. Each character does get their own specialized skills that fill a certain roll in the party, with ISAAC having the ability to swap between forms, and roles, as you progress into the game.

You do get given tutorials for everything the game has to offer, usually to the point of being questionable (yes game, I’m aware that the Save/Load icon in the main menu means I can save and load my game. Yes, I also know that saving on the same file overwrites the previous save). On the plus side, all the tutorials are incredibly condense and precise, and even the combat tutorials are spread out over a decent length and generally take little more than 20 to 30 seconds to go over before sending you back into the fray. I must say I did appreciate that the combat tutorial was performed outside of any “real” combat in a rather unique way, so props to the dev team for going that direction.

While I’m inclined to describe Tick Tock Travelers as a game that feels low budget from an older player perspective, the only area I didn’t make this association in was the soundtrack. The soundtrack in Tick Tock Travelers really nails it, and using my previous analogy feels like a Hollywood blockbuster budget. There are little quirks to the game that were both endearing and frustrating, such as the aqua orbs. Throughout the town you’ll (maybe) find some shiny areas. Investigating them gives you an aqua orb. These can be exchanged for different outfits that don’t actually affect your stats, but I found they looked better than that awful plaid shirt that Sherry starts with. 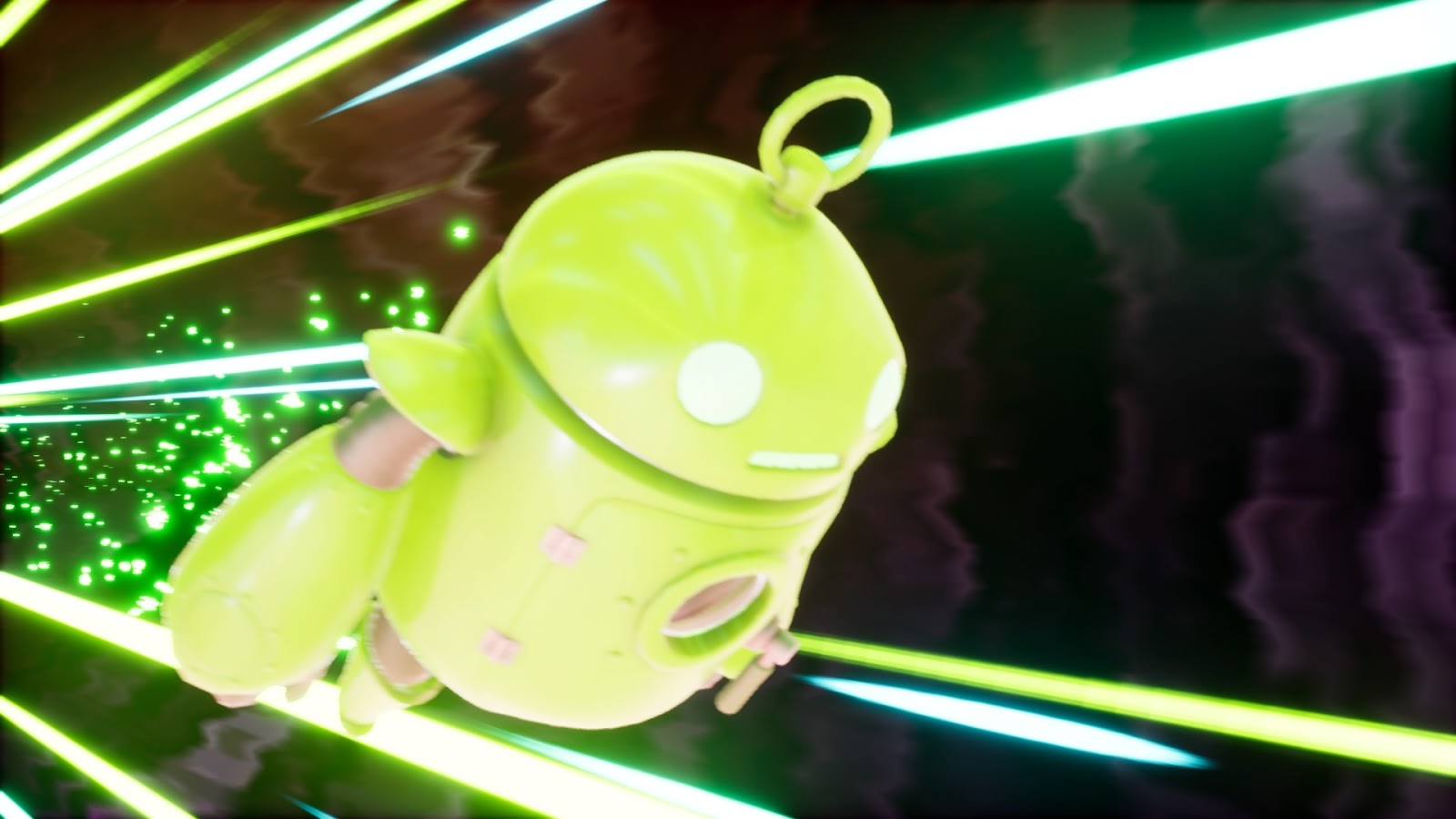 Problem here is that the “shines” are fast, and there’s a couple of seconds between shining, meaning it is INCREDIBLY easy to just not notice them. I found more mashing the examine button than actually looking for shining areas. The camera is a force to be reckoned with, often times I found myself struggling to get it to stay pointing where I wanted it to. Movement also feels weird, as occasionally I felt like I was moving to fast, and either I whizzed right by things or enemies, or the camera couldn’t keep up properly to a change in direction or location. A weird thing I noticed playing on PS4 is that if you hold down the PS button, the game sort of pauses, and the music cuts, but the sound effects will continue. And for the love of all that is good and holy, why does no-one question the little girl having a laser gun?!?

Overall, Destiny Connect: is a cute little title that has a decent draw for those new to the RPG scene, but may not have the same draw for the older crowd. The soundtrack is solid and the storyline is rather interesting. Combat is pretty fluid and while there isn’t much of a difficulty, the enemies are pretty interesting and there is a lot of different tactics you can use with the different characters. Although Destiny Connect: Tick Tock Travelers makes for a good introductory RPG, a lot of those looking for another RPG in their larger repertoire may feel let down by the simplicity and “hand holding” that happens. While probably fun for the younger crowd, it may not pass muster for the older crowd.